The Controversial Story Of The Élan School, The ‘Last Stop’ For Troubled Teens In Maine

First opened in 1970 and shut down in 2011, the Élan School was the "last resort" for parents of teens with behavioral problems — and allegedly a site of systemic abuse.

For some, the idyllic woods of Poland, Maine led to hell. There, the infamous Élan School promised to rehabilitate troubled teens. But many of its alumni claim that the school’s methods amounted to abuse.

Remembering the school as a “hellhole,” they say that school administrators humiliated, restrained, and isolated students. Teenagers couldn’t talk too loudly, smile at the wrong time, or even “think” about running away.

While some former students maintain that the school’s harsh tactics saved their lives, others contend that the Élan School left them with deep trauma that remains to this day — years after the school closed down.

Inside The Origins Of The Élan School 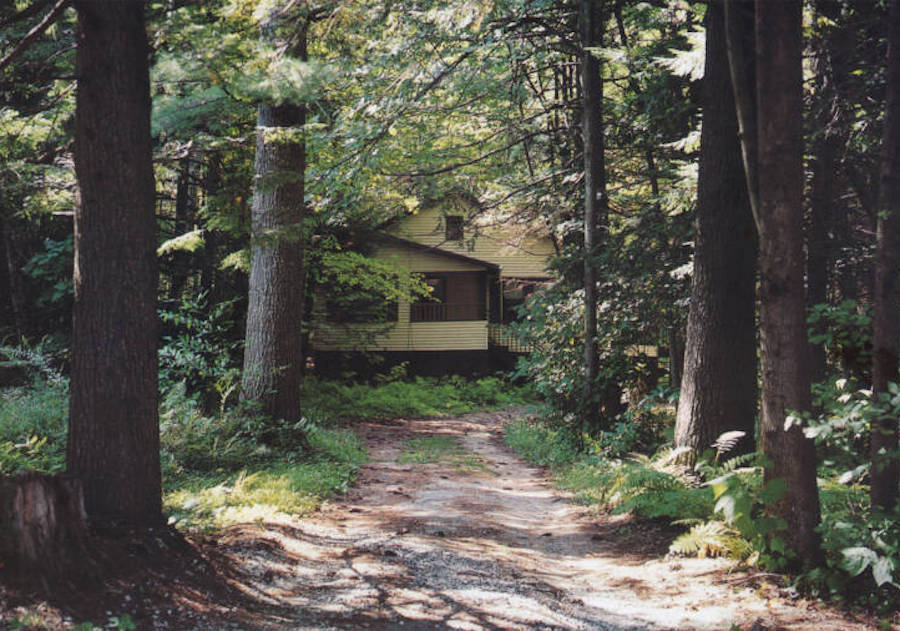 YouTube/The Last StopThe Élan School was allegedly the site of abuse for decades.

Before focusing on troubled teens, the Élan School sought to save drug addicts. Founded in 1970 by Dr. Gerald Davidson, a psychiatrist, and Joe Ricci, a former heroin addict who had experience working in drug treatment facilities, the Élan School eventually zeroed in on adolescents.

Ricci envisioned the school as a last resort for parents whose children struggled with behavioral and psychological problems.

“These are not your typical public school kids,” Ricci explained. “Their parents bring them here to succeed when everything else has failed.”

Ricci employed harsh methods to reform the students under his care. Using what he’d learned at other facilities, Ricci forced teenagers to scream at each other, wear humiliating signs, and even physically fight.

He said it was in the name of rehabilitation, but many alumni disagree.

The Testimonies Of Former Students 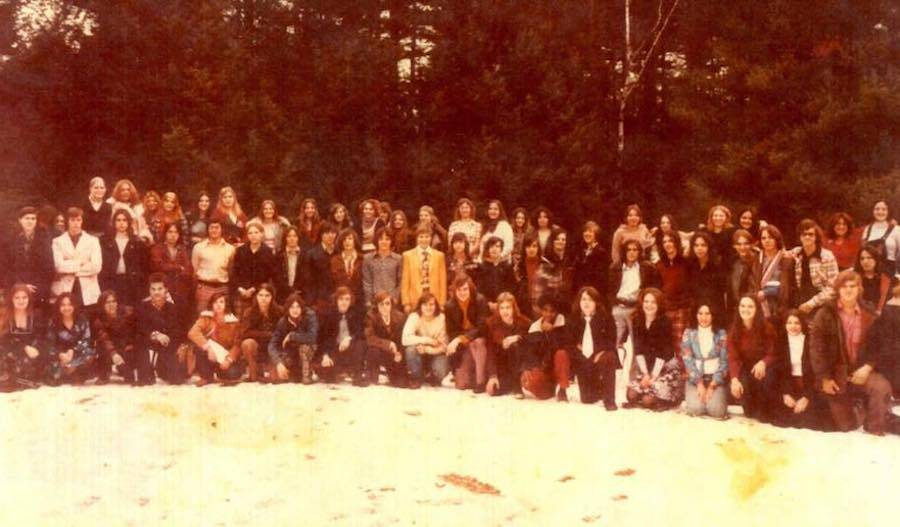 For decades, students in grades eight through twelve passed through the Élan School. They generally fall into two camps: those who saw their education as abuse and those who saw it as a necessary reform.

“There are people who will swear on a stack of Bibles that [Joe Ricci] saved their lives,” said Ed Staffin, who graduated from Élan in 1978. “There are others who will swear that Joe Ricci was the devil.”

Matt Hoffman, who attended the school from 1974 to 1976, called it a “sadistic, brutal, violent, soul-eating hellhole.” He and others recall tactics that included restraints, humiliation, and corporal punishment.

Students were reportedly forbidden from taking a shower longer than three minutes, being in the bathroom for too long, writing without permission, looking out the window, or simply rubbing staff members the wrong way.

If students broke any of these rules, they were often screamed at by their classmates for about an hour in a punishment called a “General Meeting,” forced to wear humiliating signs or costumes, or even coerced into fighting other students in “The Ring” — a makeshift circle of their peers.

According to some accounts, these forced boxing matches resulted in at least one student’s death. When 15-year-old Phil Williams Jr. died at the school in 1982, his family was told that the cause was a brain aneurysm. But over 30 years later, allegations surfaced that he’d actually been beaten to death in The Ring after he had complained of a headache.

But school administrators long dismissed accusations from students. Responding to reports of trauma at Élan, a school lawyer said: “People who fought in wars have nightmares, too. Some wars are worth fighting.”

Despite the allegations, parents continued to pay upwards of $50,000 to send their children to the Élan School for years. It took a murder trial and an online campaign to finally close the school’s doors for good.

How The Élan School Closed Down 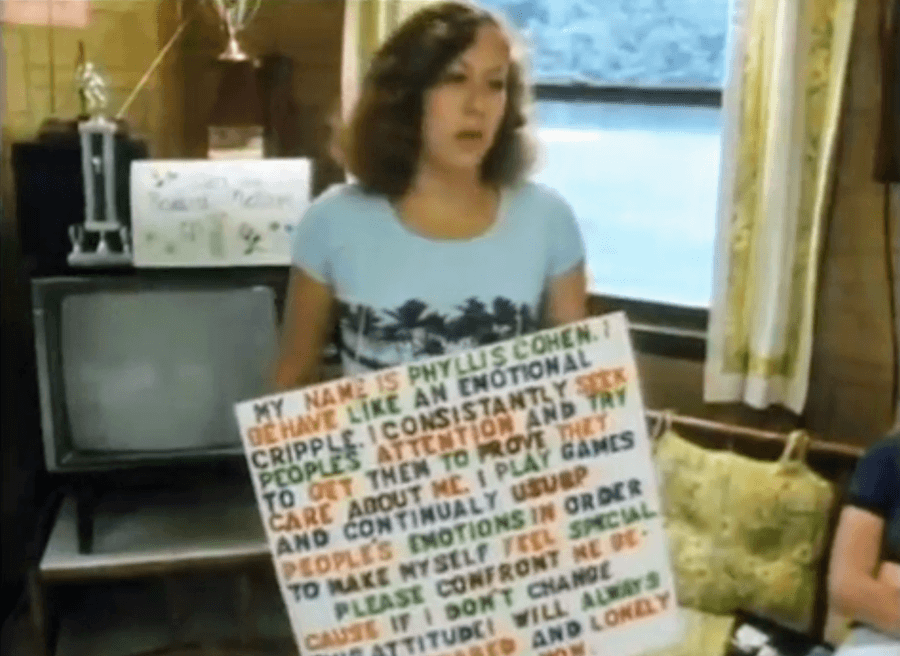 YouTube/The Cult In A Boarding SchoolA typical example of public humiliation for a student at the Élan School.

Though Élan’s harsh tactics were not a secret, the school got an unwanted boost of publicity when one of its former students was put on trial for murder in 2002. Michael C. Skakel, a Kennedy relative, was suspected of killing his neighbor Martha Moxley in 1975 when they were both 15 — just a couple of years before Skakel was sent to the Élan School.

While at the school, Skakel allegedly confessed to murdering Moxley. One former schoolmate even testified in a pre-trial hearing that Skakel told him, “I am going to get away with murder, I am a Kennedy.”

But as Skakel tells it, the other students and faculty had tortured him to get him to confess. When those students testified during his trial, they broadcasted what they had suffered at Élan to a wide audience. As for Joe Ricci, he said that Skakel had never confessed to the murder. But Ricci never testified — because he died of lung cancer before he was able to.

Skakel was initially found guilty of the murder in 2002 and sentenced to 20 years to life for the crime, though he’d later be released in 2013 when a judge ruled that his lawyer had not given him effective representation. Since then, the conviction has been reinstated, vacated, and reviewed multiple times. In 2020, Skakel ultimately walked free after prosecutors said they didn’t have enough evidence to retry him. The decision remains controversial.

Yet it took an anonymous internet user — and not a Kennedy scandal — to bring Élan down. According to Ricci’s widow, Sharon Terry, who took over the school after his death, bad press online led to low enrollment.

Terry pointed specifically to a Reddit user named Gzasmyhero, who led an online campaign against Élan. The user claimed to have attended the school in 1998 and alleged that the school’s punishments were overly severe for most of its students, who’d committed only minor infractions.

“I believe that the internet is our #1 tool for exposing these horrid blind spots (at the school) for what they are,” Gzasmyhero wrote.

After closing in 2011, the Élan School left behind a murky, mixed legacy. “Élan saved my life,” said Sarah Levesque, who attended the school in the 1990s. “But I feel haunted by it.”

After reading about the Élan School, learn about the horrors of Canadian Indigenous boarding schools. Or, discover the history of school integration.