“It is good that elephants are able to learn what areas to avoid, but it is unclear what the implications of these range changes will be.” 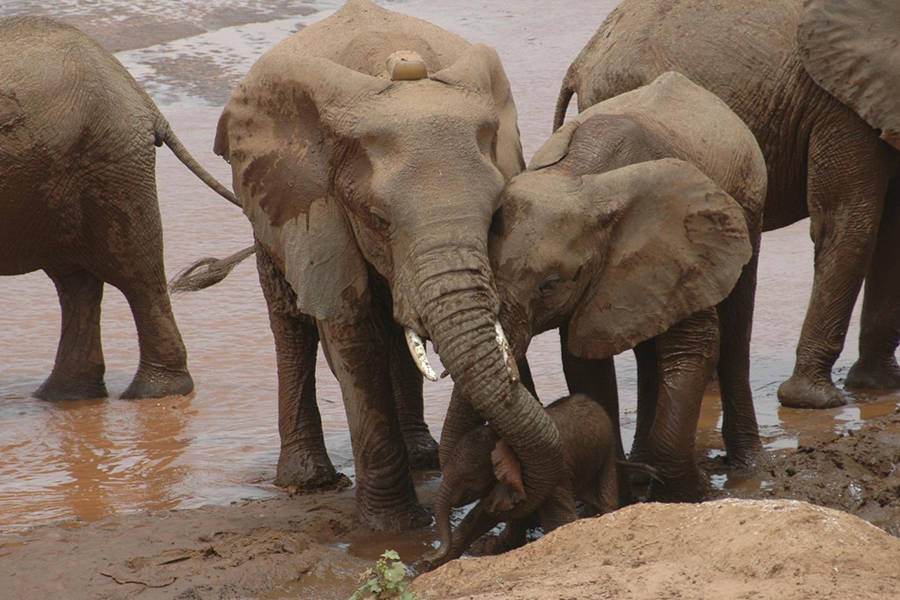 Like humans, elephants are affected by stress caused by the loss of a loved one, or the threat of danger. According to a new study conducted by Save the Elephants and researchers at Colorado State University, these strains cause African elephants to change their habitat and migrate to new places.

The study, published in the journal Proceedings of the Royal Society B: Biological Sciences claims that by changing location, these African elephants are showing an adaptation to their surroundings.

As the first study of its kind, the paper set out to track generations of elephants and their surroundings, and how they moved over time.

“There has been a lot of research into elephant movement using GPS tracking, but the sequential tracking of grandmothers/mothers and then granddaughters/daughters once the older generations died is what is unique about this study,” said Shifra Goldenberg, one of the lead researchers on the study, in an interview with All That’s Interesting. “Tracking different generations over time allowed us to better understand how range changes are occurring within families as landscapes change.”

One part of the study focused on how losing the matriarch of the family impacted the group’s decision to move on. The study found that most of these “orphaned” elephants tended to move more quickly and explore new places, though some did cease moving altogether.

“We saw a lot of variability in what families did,” Goldenberg explained. “Those that still had older generations remaining still shifted their ranges over time, but less so when compared to families with turnover. This is telling us that all elephants seem to be responding to higher risk and changing greenness, but how they do so differs from family to family.”

“Generational change within family groups (i.e. adult death) was very strongly related to whether home ranges changed over time,” she continued. “When controlling for this turnover, we also found effects of poaching and forage access, such that younger generations tended to shift range to avoid poaching hotspots and access greener areas.”

While animals moving habitats is occasionally a cause for concern, it’s nothing new. Due to things like conservation efforts, animals can sometimes show up in unexpected places. As far as these African elephants are concerned, it looks like the movement is generally positive.

“We saw several families shifting into greener areas, so they are at least partly driven by the availability of forage,” said Goldenberg. “For the families that contracted their ranges relative to their mothers, it is possible that they are settling for poorer habitat, but this analysis cannot tell us that definitively.”

Poaching also plays a large part in the movement of the animals, as the study also showed. When the elephants move, it shows they are gaining awareness of their surroundings, and adapting well to them – though ultimately the problem still exists of them getting pushed out of their habitats.

“It is good that elephants are able to learn what areas to avoid, but it is unclear what the implications of these range changes will be,” explained Goldenberg. The team will continue to monitor their group of elephants in the future, and have plans to continue their research.

Check out the study that shows that ancient baleen whales were much scarier than their modern day cousins. Then, read about the poachers who were arrested just an hour after they shot an elephant.