Then And Now: The World’s Very First Computer Vs. Today’s Supercomputers

See the world's very first computer and compare its now laughably limited capabilities with those of the amazing supercomputers of today. 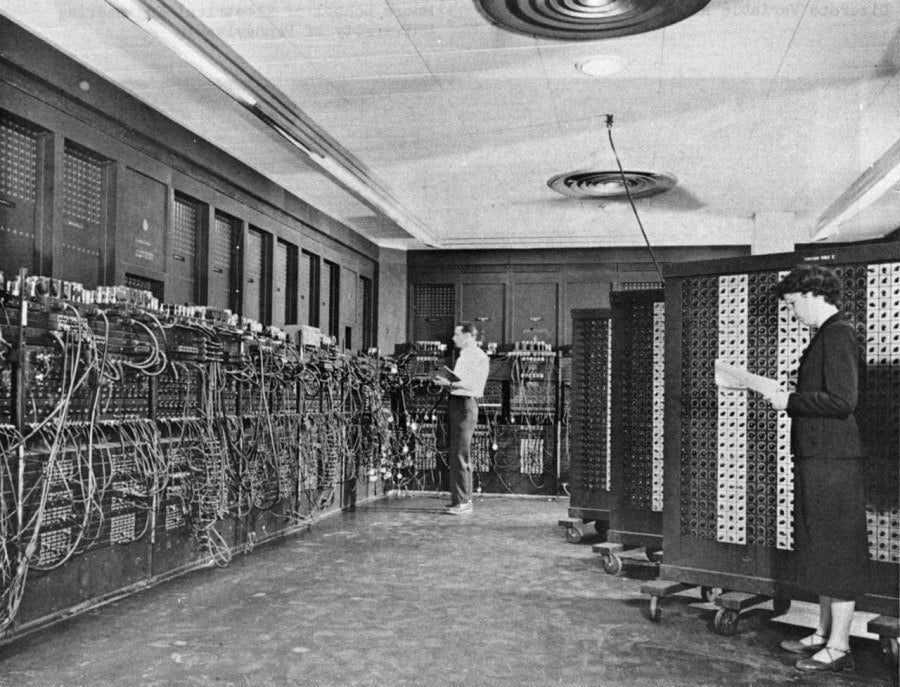 It’s virtually impossible to imagine what the world would look like today without the computer. Though you might not think it, everything from the food we eat to the football helmets we wear to the rockets we send into space needed a computer’s help in some way. Needless to say, history’s very first computer, the Electronic Numerical Integrator And Computer (ENIAC), is on a very short list of the most important inventions humans have ever made.

Military scientists started designing the ENIAC during World War II to calculate the trajectories of artillery shells. By the time the power switch was flipped in November of 1945, however, the war was over. Instead, ENIAC became a tool for Cold War weapons — the developers of the first hydrogen bomb went so far as to say that the H-Bomb would never have existed without the ENIAC.

And while the ENIAC was a marvel for its time, it was, of course, a dinosaur by today’s standards.

The ENIAC had 17,468 vacuum tubes that blew out every couple of days. It took up 1,800 square feet of warehouse space and weighed more than 25 tons (which is as much as some of the heaviest actual dinosaurs). And for all that, it could execute 5,000 instructions per second. The iPhone 6, weighing in at 4.55 ounces? 25 billion instructions per second.

The Blue Gene/P has performed incomprehensible feats such as helping to map the human genome, simulating radioactive decay, flying airplanes, and even replicating human brain power. Sure, at 1720 pounds, it’s enormous compared to the modern laptop or tablet, but it is able to calculate mind-boggling equations and process an unheard of amount of data — all while being 30 times smaller than the ENIAC. 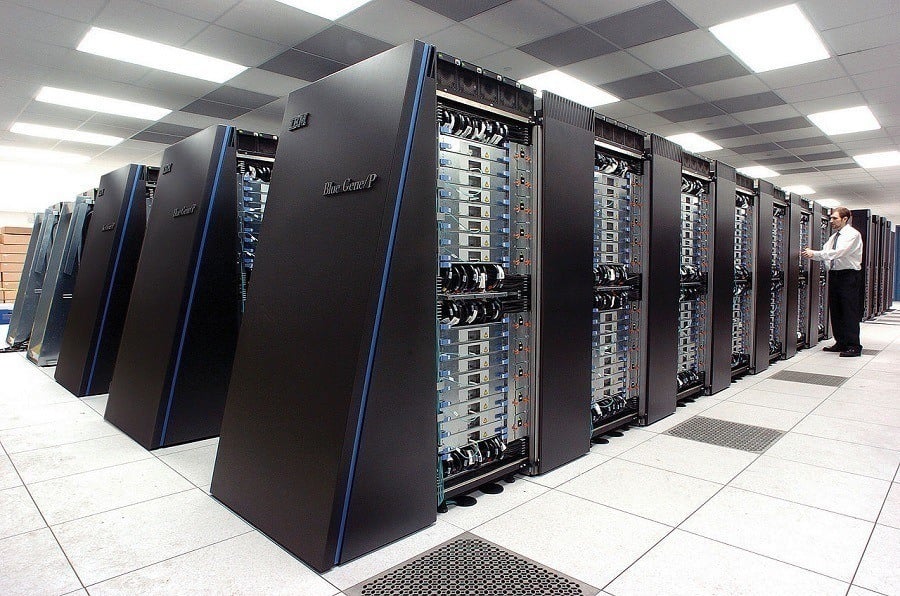