While architects have largely abandoned Googie Architecture, its optimism toward the future is a vision well worth saving. 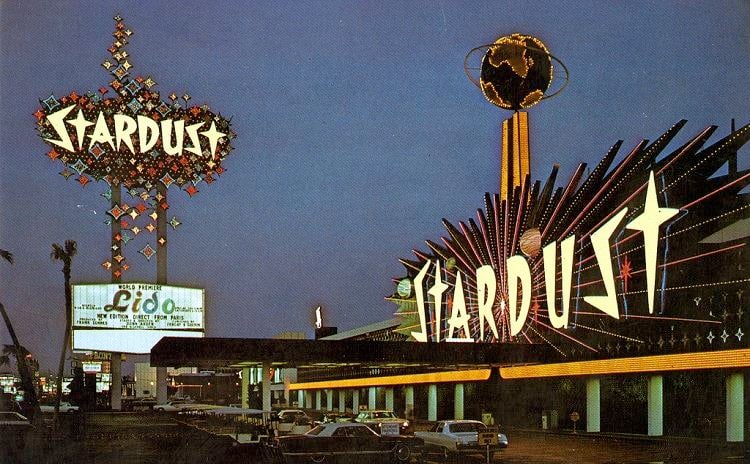 It was almost utopian: an architectural form with a vocabulary all its own, including its moniker—Googie. Named after the Los Angeles coffee shop Googies and designed by architect John Lautner in the late 1940s, the Googie architecture style expressed society’s burgeoning fascination with space flight as well as its recent understanding of the Atomic Age and its power.

Unfortunately for us architecture buffs, many of the Googie-style buildings have been demolished over the years, including its namesake coffeehouse, which succumbed to new development in 1989.

Born in LA, the futuristic style soon spread to other American cities such as Las Vegas, Miami, and Wildwood, New Jersey. But the quintessential Googie example was incorporated in a 1958 sign for Sin City’s own Stardust Casino and Hotel. A miasma of glittering, colorful light befitting stardust, the roadside marquee complemented a galaxy of planets that comprised the main signage on the casino building, along with another explosion of 20 neon starbursts.

The Stardust sign is said to have utilized 7,100 feet of neon tubing with more than 11,000 bulbs along its 216-foot front. The “S” alone contained 975 lamps and, at night, the neon constellation was reportedly visible 60 miles away. But with changing times comes changing aesthetics, and thus the sign eventually lost much of its Jetsonian features long before its 2007 demolition. 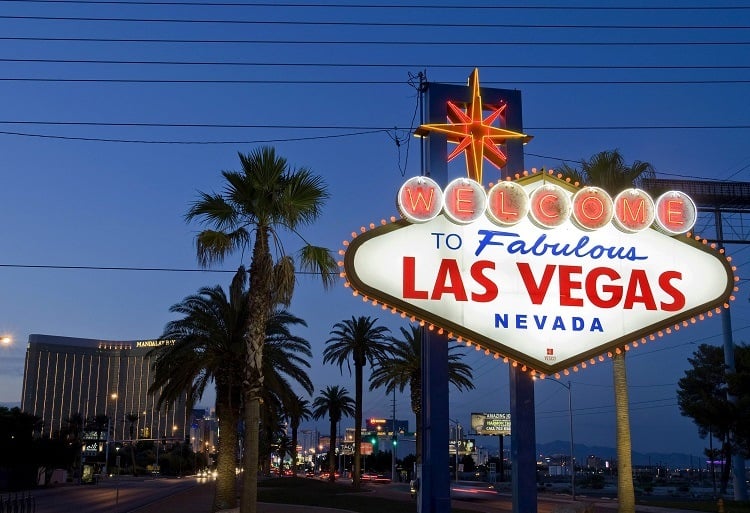 Another Vegas sign still remains, though, and many consider it the most famous example of Googie fonts and shapes. Welcoming people to the Las Vegas strip for nearly 55 years, the iconic “Welcome to Fabulous Las Vegas” roadside sign looks the same as it did when first designed in 1959.

In recent years, architects, historians, designers and scholars alike have expressed a newfound appreciation for the Googie style, and preservation efforts to save remaining structures are ongoing.Most evocative of this resurgent fascination was Clark County’s December 2008 decision to open a small parking lot in the median of Las Vegas Boulevard to allow official public access to the Las Vegas sign for the first time ever. While it cost over $400,000 to achieve, many left wondering why it hadn’t been done before.

Several other examples of Googie architecture have managed to survive amid the changing architectural dynamics in the 21st century United States. Flying into Los Angeles for instance, travelers may bear witness to another iconic example, the Theme Building at LAX. 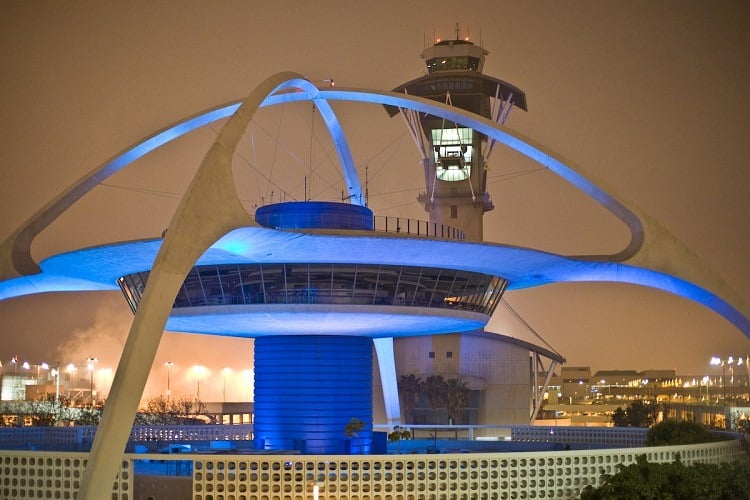 Farther north in the Pacific Northwest, another Googie archetype towers over Seattle. The famous Space Needle was built for the 1962 Seattle World’s Fair. 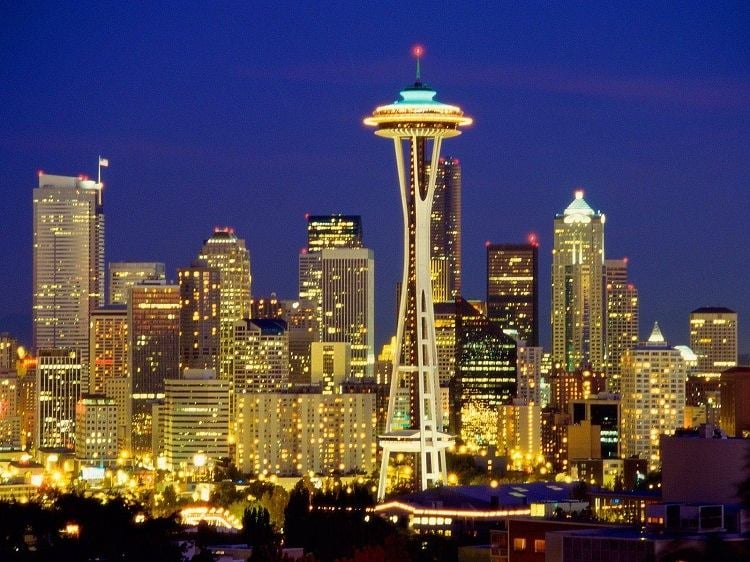 While the Googie style was inherently American and grew along with the popularity of the automobile in the suburbs, its influence was not constrained to national borders. Though England’s roadsides featured architecture that was not quite as bold as Googie designs in America, the 1951 Festival of Britain included buildings that would definitely be classified as Googie. 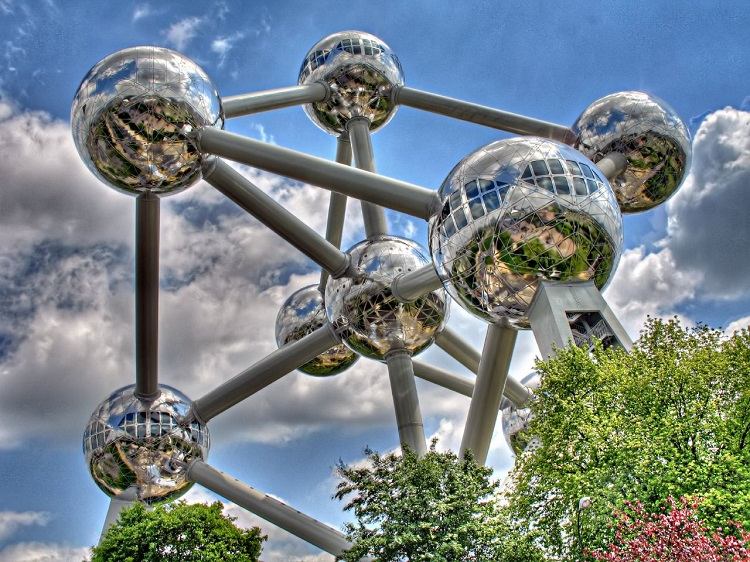 Another unmistakable example is the Atomium in Brussels, built for the 1958 World’s Fair. The preternaturally shiny monolith represents one of Googie’s most common motifs, a nucleus being orbited by electrons. Other Googie motifs included kidney shapes, undefined blobs, starbursts, circles and diamonds, like those seen in the main terminal at the Washington Dulles International Airport 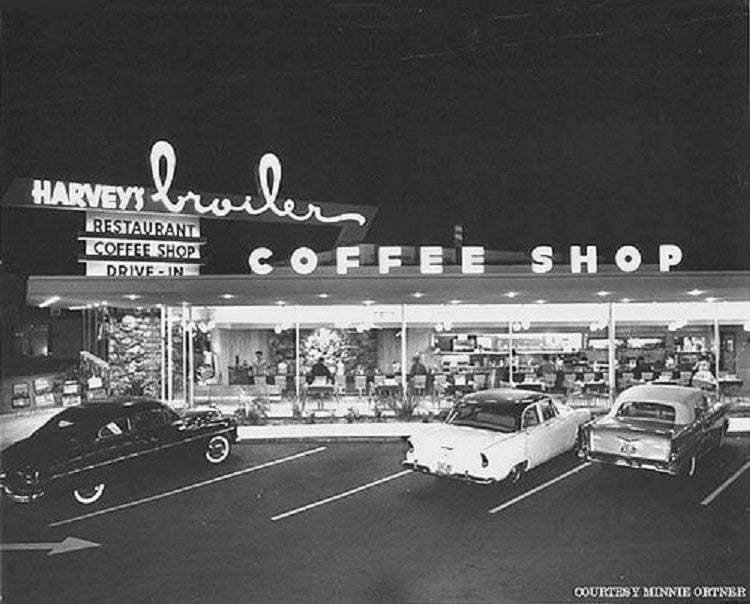 Though many Googie buildings have now been razed, many of the style’s less celebrated examples continue to dot the American landscape. Harvey’s Broiler, a diner designed by Paul Clayton and built in 1958, was partially demolished in 2006. Preservationists and loyal Broiler patrons alike pushed to have the drive-in restored, and soon enough the Downey, CA establishment reopened its doors in 2009 as a Bob’s Big Boy restaurant. 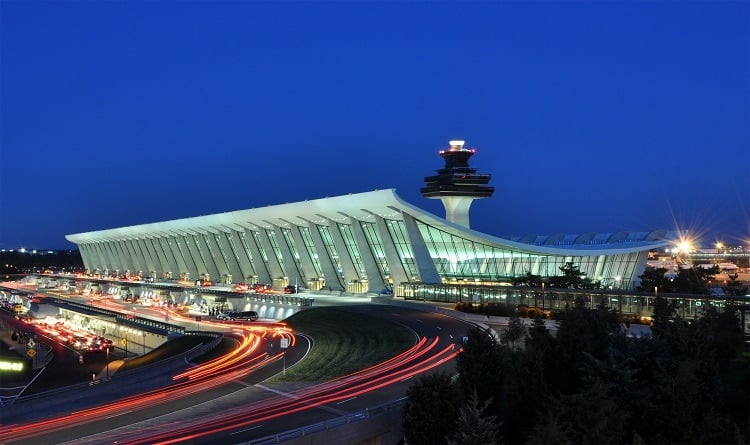 By the late 1960s, architects had shifted their focus away from the stars and thus designed far fewer examples of “Googie architecture”—a term coined in 1952 by House and Home editor Douglas Haskell—and its sensibilities were eventually ridiculed or disparaged among architectural circles. But the major buildings that remain as relics today continue to remind us of that era’s unquestionable optimism toward all that awaited in the future.