“It’s really a good link and tie that allows us to build full plate models of the ancient Earth.”

Geologists in Tasmania — an island off the coast of Australia — were stunned to discover rocks that contained a geochemical make-up identical to those rock layers in the Grand Canyon.

Researchers at Monash University in Melbourne published their findings in Geology in Oct. 2018 in which they concluded that at one point, the island of Tasmania was connected to the Western United States.

“We propose correlation of the Unkar Group (Grand Canyon, Arizona, USA) with the upper Rocky Cape Group (Tasmania, southeast Australia) based on their similar stratigraphy…depositional age, and…isotope composition. This correlation places Tasmania adjacent to southwest Laurentia in the late Mesoproterozoic, which supports a new paleogeographic model for Rodinia.”

Although Tasmania and the Grand Canyon are about 8,500 miles apart today, they were actually once connected as a part of an ancient supercontinent known as Rodinia, as this discovery supports. Rodinia was formed sometime around 1.1–0.9 billion years ago and broke up about 750–633 million years ago.

While it might sound odd to learn that parts of the Grand Canyon were found on the other side of the world in Australia, there is actually a scientific explanation as to why this isn’t at all strange. 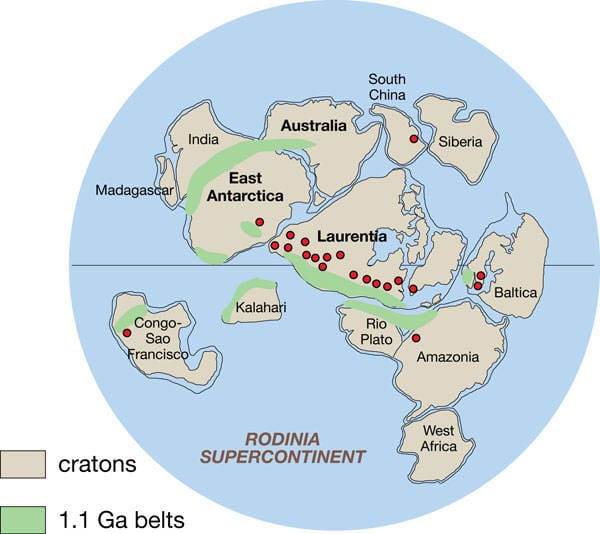 For the last three billion years of Earth’s existence, its landmasses have been ripping apart and coming together again to create different formations that are known as supercontinents. The most well-known supercontinent is Pangaea, which was formed approximately 335 million years ago. But both before and after its formation countless other supercontinents have been created, too. 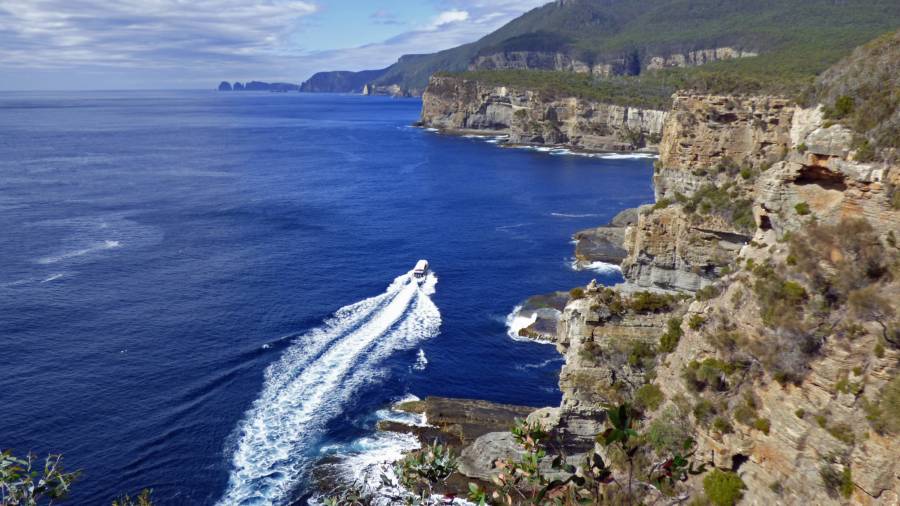 With the Grand Canyon discovery made in Tasmania, geologists are now able to get a better sense of where these countries and continents were placed during Rodinia’s construction. This finding, then, supports the reconstruction of Rodinia in which Australia is connected to Laurentia — a large, ancient geological feature of the North American continent.

Geologists don’t have as much information and insight about Rodinia’s exact construction as they do other supercontinents, which makes this discovery integral to establishing a better idea of how the continents have moved over millennia.

“[This] paper shows that Tasmania holds the key to tying together the tectonic geography of the time,” suggests Alan Collins at the University of Adelaide in Australia. “It’s really a good link and tie that allows us to build full plate models of the ancient Earth.”

Next up in Australian news, check out this video that supposedly proves the existence of the Tasmanian tiger. Then, read about seven of the world’s most stunning slot canyons.