The polar bear currently being kept at the Grandview Aquarium in Guangzhou, China

Since January, Guangzhou, China’s Grandview Aquarium — which quickly came to be known as “the saddest zoo in the world” — has been keeping more than a dozen animals under widely condemned conditions. And now the Internet is fighting back.

A petition to close the zoo started in March by Hong Kong-based non-profit Animals Asia has recently gone viral. The signature tally is now 285,000 — up about 100,000 from the day before — and counting.

Much of the petition literature as well as the resulting media coverage have centered on one of the zoo’s two polar bears, confined to a small glass enclosure, reportedly kept there so that visitors can take selfies with it. Photos and video (above) of that polar bear looking utterly miserable have helped this story gain widespread attention. 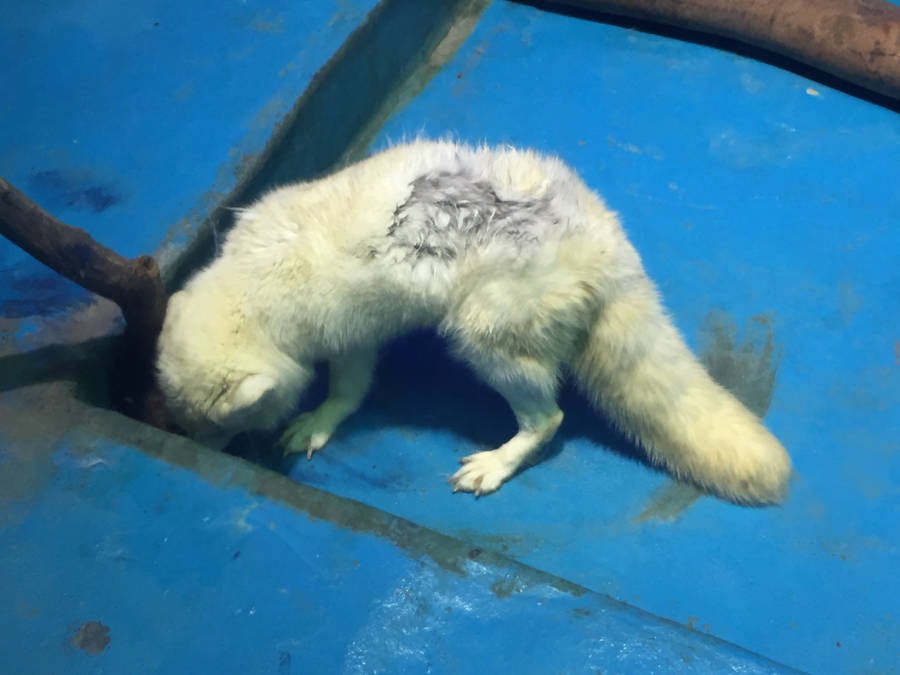 “One bear paced back and forth in a small enclosure, displaying behavior that experts say reflects stress and possible psychological problems. Wolves lay listlessly in a small room while walrus calves and belugas swam back and forth in confined spaces,” wrote The Washington Post in February. 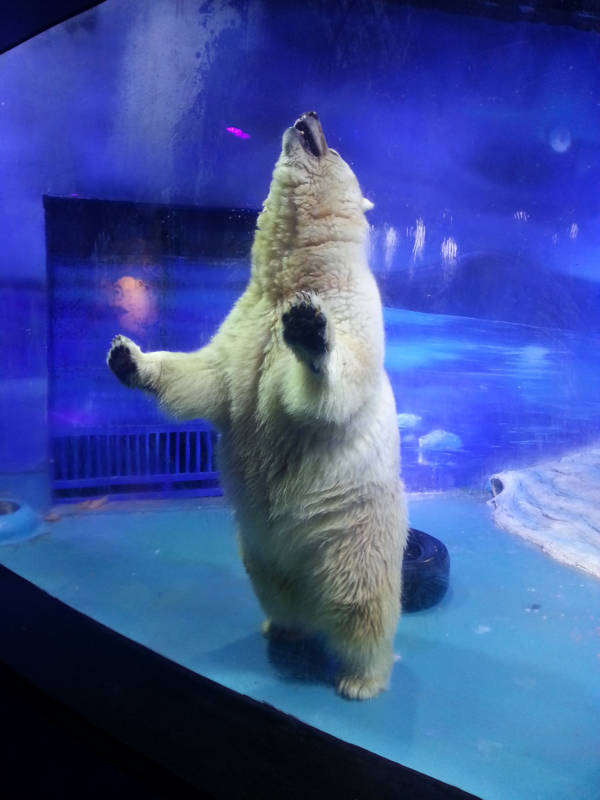 “There is no excuse for any animal to be trapped this way,” said Animals Asia animal welfare director Dave Neale. “This is a bear that suffers for what? For selfies? For shopping?” 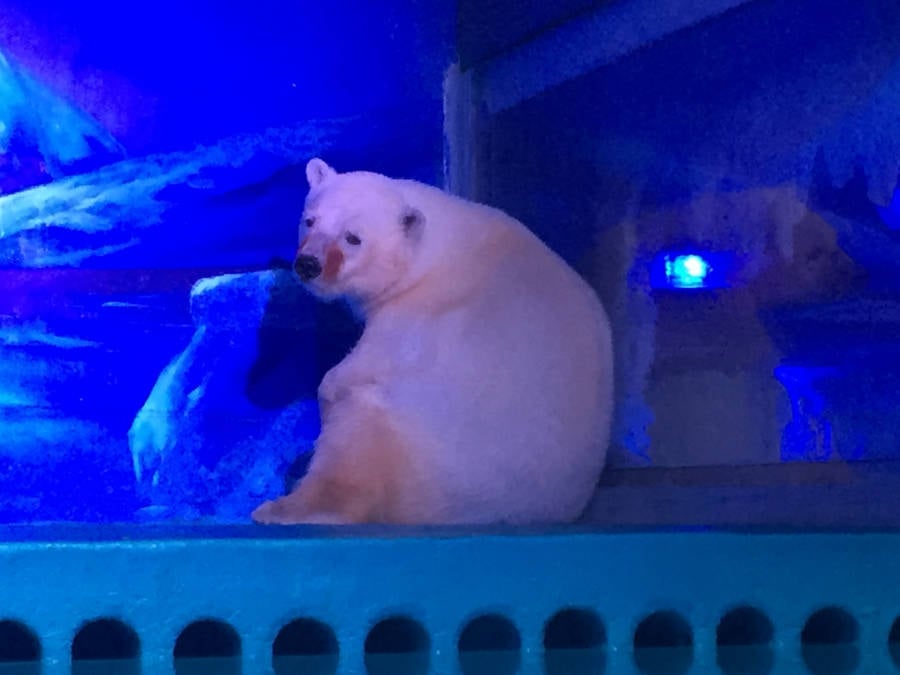 In April, Neale and his colleagues met with representatives from Grandview, who expressed genuine shock that their treatment of the animals was unacceptable. Grandview has since made some changes for the better — such as giving their polar bears snow piles — but Animals Asia still insists that the best things for these animals is that the facility be closed entirely.

“Make no mistake. Keeping animals in this way is not acceptable. We’ll keep helping, we’ll keep pushing for change,” Neale said. “If our experience has taught us anything ― first you open doors, then you open cages.”

Next, get the photos and facts from China’s controversial Yulin Festival, where revelers kill and eat thousands upon thousands of dogs. Then, see the details on China’s program to mass harvest organs from prisoners.