25 Women Over 22 Years: Inside The Stranglings, Shootings, And Slayings Of The Grim Sleeper

Neighbors described the Grim Sleeper as "friendly and quiet," but inside Lonnie Franklin's home were hundreds of photos of the women he had brutalized and murdered.

Lonnie Franklin Jr., the serial killer known as the Grim Sleeper, murdered women and evaded capture again and again in 1980s Los Angeles. But when one of his victims survived, he was startled into a 14-year hiatus from killing. Or so authorities initially believed.

When detectives finally caught him and searched his home in 2010, they found nearly 1,000 photos of unidentified women, some bound and unconscious. Then police began to question whether or not the Grim Sleeper had really ever been “sleeping” after all.

But after Lonnie Franklin’s death of unknown causes in his California jail cell on March 28, 2020, the true number of the Grim Sleeper’s victims may never be known for sure.

Born Aug. 30, 1952, Lonnie Franklin Jr. grew up in South Central Los Angeles, California. By April 1974, 21-year-old Franklin had enrolled in the U.S. Army and was stationed in Stuttgart, Germany. But the military did little to discipline Franklin.

On April 17, 1974, Franklin and two other U.S. Army men kidnapped a 17-year-old girl who was walking to the train station at around 12:30 AM. They asked her for directions, then offered her a ride home. The girl accepted, but upon getting in the car, one man held a knife to her throat. Franklin and the two men then took her to a remote location. 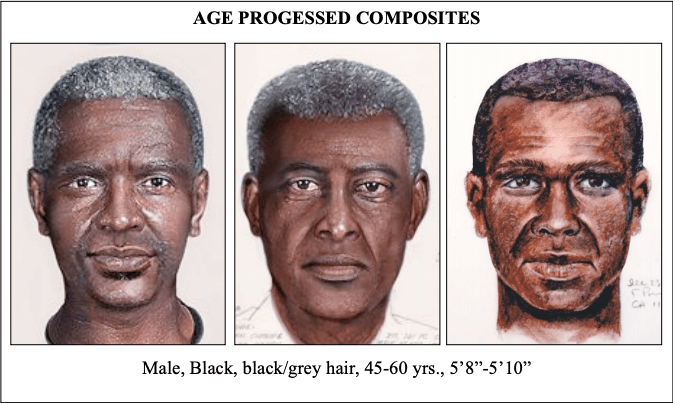 LAPDComposite sketches of the Grim Sleeper as he aged through his 22-year terror streak.

She was brutally raped by each man and one even took photographs of the attack.

The men then drove her home, but before she left the car, she had the idea to feign interest in the men and asked for one of their phone numbers. Franklin obliged.

The girl informed the police of her attack and on the instruction of the police, lured Lonnie Franklin to a train station. The police hid there and when she signaled that Franklin had arrived, arrested him.

Franklin was tried and convicted on rape and kidnapping charges. He was sentenced to 40 months in prison but served less than a year. On July 24, 1975, he was given a general discharge from the U.S. Army.

Years later in 2010, LAPD Homicide Detective Daryn Dupree would express his belief that the rape of this German girl played a role in inspiring Franklin’s later crimes and his associated habit of photographing his victims.

Employed as a sanitation worker in Los Angeles, Lonnie Franklin was well acquainted with the city’s alleyways, dumpsters, and landfills. These desolate areas later proved to be ideal locations for Franklin to dispose of his victims.

These locations also demonstrated how little the Grim Sleeper thought of his victims. He targeted vulnerable women, all poor and black, many of whom were addicted to crack-cocaine and involved in prostitution.

Franklin’s first known victim was 29-year-old Debra Jackson. Her body was discovered Aug. 10, 1985. She had been shot three times in the chest and dumped in an alleyway.

Meanwhile, in 1986, Franklin married a woman named Sylvia and together they had two children. Franklin was reportedly well-liked; he spent his time working on cars in his driveway and happily chatted with his neighbors. No one could have guessed that he was leading a double life as a monstrous serial killer.

Due to high crime rates in Los Angeles at the time, police were initially convinced Jackson’s murder was drug-related. But as similar victims appeared, they began to have their doubts. 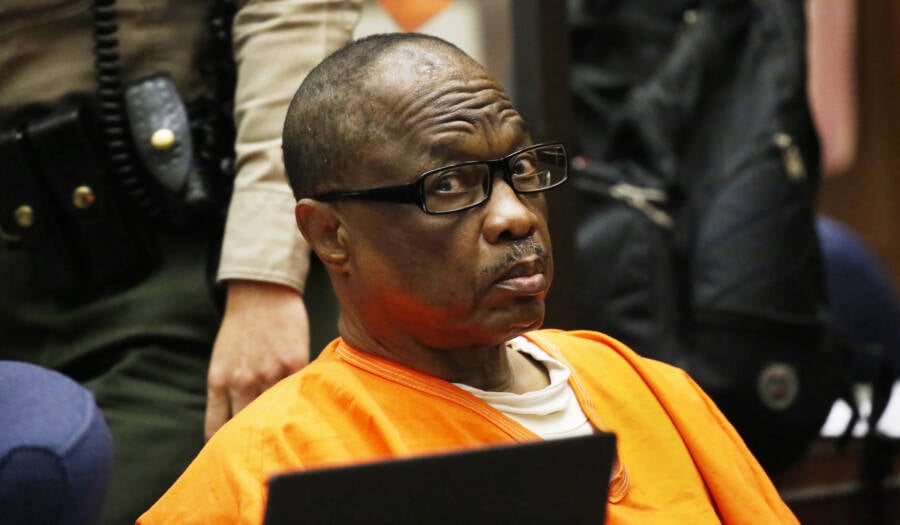 Al Seib/Los Angeles Times via Getty ImagesNeighbors described him as friendly, but Lonnie David Franklin was anything but.

In August 1986, 34-year-old Henrietta Wright’s body was found under a discarded mattress. The following year, the bodies of 23-year-old Barbara Ware and 26-year-olds Bernita Sparks and Mary Lowe were discovered. Sparks’ body was found in a trash bin. In 1988, the bodies of 22-year-old Lachrica Jefferson and 18-year-old Alicia “Monique” Alexander were found.

All seven women had been shot with a .25-caliber handgun. DNA from the same individual was present on the breasts of each woman, but DNA technology was in its infancy at the time and so detectives had no way of tracking down the perpetrator.

“He was still a needle in a haystack,” said Detective Dupree.

The city clearly had a serial killer at large. However, LAPD chose to keep this discovery a secret from the public in case the perpetrator fled the state.

But surely, if young black women living in South Central LA knew that they were targets of a serial killer, they would have been more cautious.

The One That Got Away From Lonnie Franklin

In late November 1988, 30-year-old Enietra Washington was walking to a friend’s house when a black man in an orange Ford Pinto pulled up next to her. He offered her a ride, which she refused. He continued to press her and eventually snapped: “That’s what wrong with you black women. People can’t be nice to you.”

Washington, tired of being pestered, got in the car. Almost immediately, the man produced a small handgun, aimed it at her chest, and fired. Shocked, she was only able to ask him why he had shot her. He replied that she had disrespected him. He then savagely raped her, took her photo, and pushed her out of the car, leaving her to die. 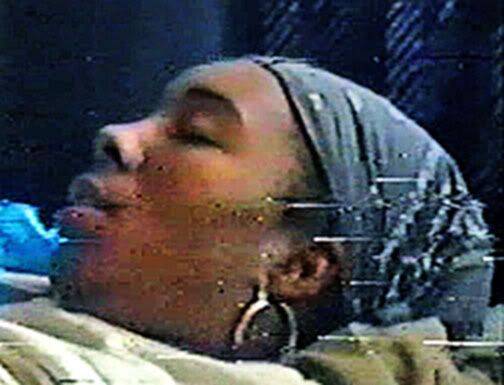 LAPDOne of the unidentified victims the Grim Sleeper photographed.

Miraculously, Washington sought help and lived. She was transported to a hospital where she described the man’s appearance to a police sketch artist who produced a composite sketch of the attacker.

Doctors extracted the bullet from Washington’s chest. It came from the same gun the other seven women had been shot with.

The Grim Sleeper Awakens From His “Hiatus”

It would be another 14 years before the Grim Sleeper struck again — or so it seemed at first. In the time he had gone silent, the LA Weekly gave him his notorious moniker.

“He was the longest-running serial killer in the United States west of the Mississippi,” said Jill Stewart, a former LA Weekly managing editor. “He had been operating longer than anyone else that was known, and he stopped for 13 years. Or it looked like he did.”

Then, in March 2002, 15-year-old Princess Berthomieux’s body was found. She had been strangled, badly beaten, and not shot. Again in July 2003, the body of 35-year-old Valerie McCorvey was discovered killed in the same manner. Both victims had been dumped in alleyways in South Central Los Angeles.

The Grim Sleeper’s eleventh victim was taken in January 2007. The body of 25-year-old mother Janecia Peters was discovered nude and stuffed in a garbage bag in a deserted alleyway. The Grim Sleeper appeared to have reverted back to his old ways: Peters had been shot with a .25-caliber handgun.

DNA samples were collected from Peters’ body, and they matched the DNA found at the crime scenes of the other women.

Lonnie Franklin Jr. is interrogated by LAPD. He claimed to know nothing of the murders.

In 2007, Bill Bratton, LA Police Commissioner since the early 2000s, finally set up a task force to solve the murders. Bratton received criticism for his handling of the case as he never held a press conference or notified the public that Peters’ murder was linked to ten others, dating back to 1985.

Christine Pelisek, a journalist who gave Lonnie Franklin Jr. the name of “The Grim Sleeper,” claimed in her 2008 breakthrough piece Grim Sleeper Returns: He’s Murdering Angelenos, As Cops Hunt His DNA that Bratton and other officials were not interested in the murders because they occurred in poor areas and the victims were all black women. She wrote in LA Weekly:

“Nobody with any pull — no homeowners association, no local chamber of commerce — was demanding answers to 10 murders by the same guy in a poor section of town.”

Her piece was also instrumental in informing the families of the victims that a task force to catch the killer had been set up and that their loved ones were victims of a serial killer.

Capture After A Quarter-Century 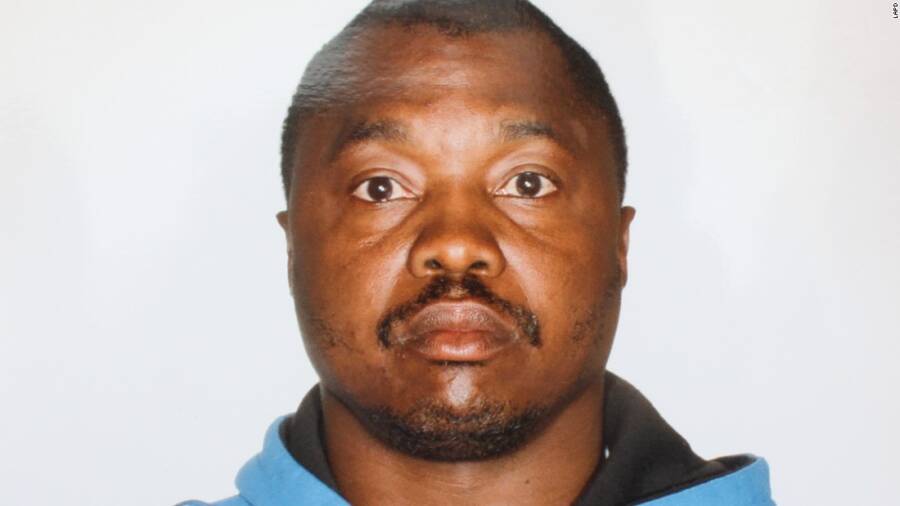 A mountain of evidence was forming in the Grim Sleeper case: ballistics from the handgun, the composite sketch, and DNA found at each crime scene. By 2007, DNA technology had significantly advanced.

To collect DNA from Lonnie Franklin Jr., the LAPD followed him to a birthday party at a downtown restaurant. One officer posed as a busboy, collected a fork, two cups, napkins, and a partially-eaten slice of pizza. They then extracted Franklin’s DNA from these items. It matched the DNA found on the bodies of the 10 murdered women.

During a search of his home, detectives found hundreds of photos of unidentified women. Many of them were nude, some beaten and bleeding. Some appeared unconscious or dead. Photos of the Grim Sleeper’s 10 known victims, including one of Washington, were found in the collection.

Police also suspect Franklin in the murder of 36-year-old Thomas Steele, a friend of one of the victims. His body was discovered in August 1986, but there was no DNA at the crime scene to confirm Franklin’s involvement.

But the photos led authorities to believe that Franklin may have never been “sleeping” during his 14-year break at all, and could actually be responsible for a much greater number of South Central LA’s unsolved murders than originally thought. 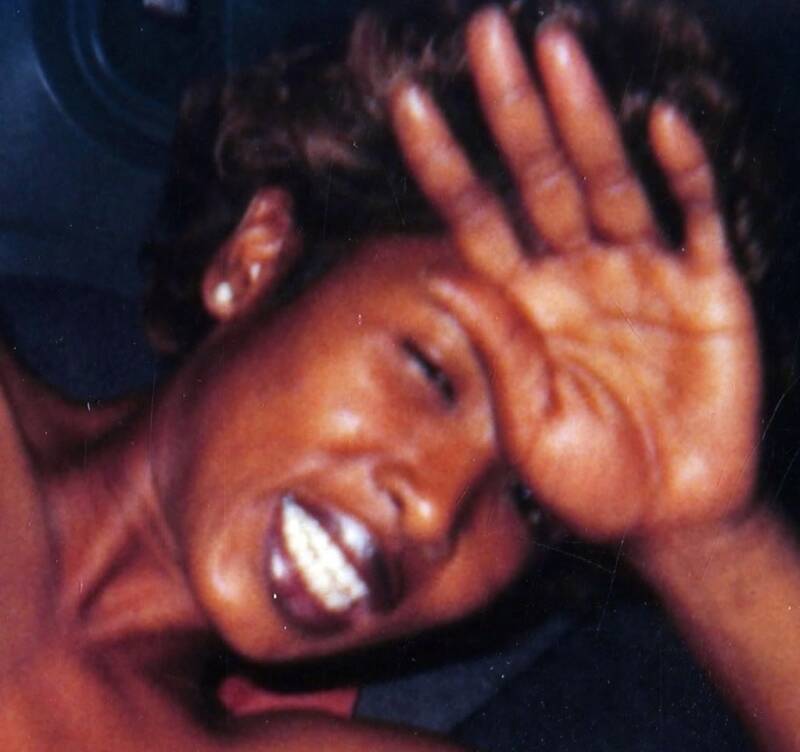 The LAPD later released 180 of the photos found in Franklin’s home in order to identify some of the victims they were unable identify or find.

“We certainly don’t believe we are so lucky or so good as to know all of his victims. We need the public’s help,” said LA Police Chief Charlie Beck at the time.

The Reign Of Terror Ends

In February 2016, Lonnie Franklin’s trial began. Emotions were running high through the three months of testimony; victims’ families were elated at the idea of justice finally being served, but heartbroken thinking of their loved ones whose lives had been cut short at the hands of the monster sitting before them.

On May 5, 2016, the jury found Franklin guilty of 10 counts of murder and one count of attempted murder. 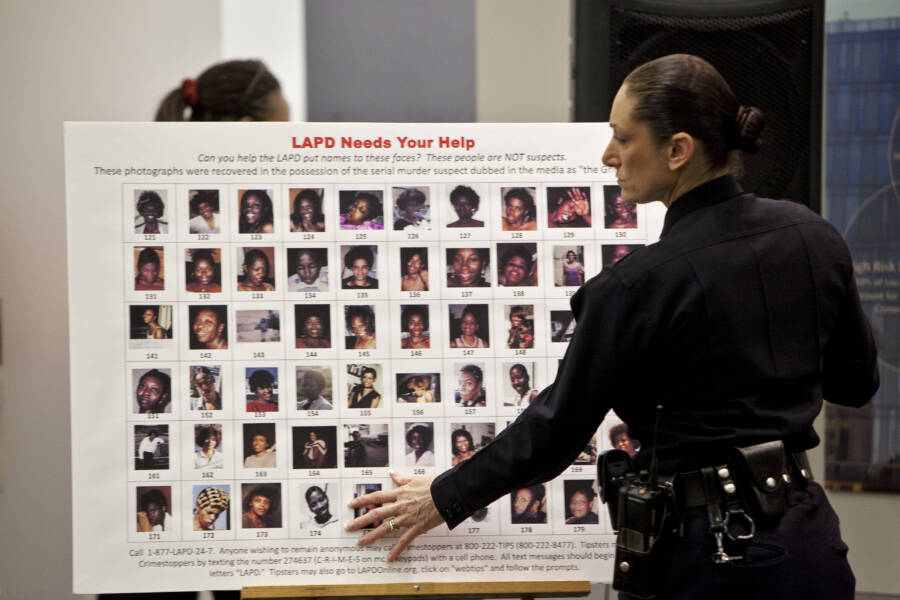 Washington was finally able to face the man who had raped her and left her for dead. She said to him: “You’re truly a piece of evil. You’re a Satan representative… You’re right up there with Manson.”

The Death Of The Grim Sleeper

But we will never know the full extent of the Grim Sleeper’s evil. When he died in 2020, he took his true number of victims to the grave with him.

Lonnie Franklin died in his cell on March 28 at the age of 67. San Quentin State Prison corrections officers discovered him unresponsive that evening with no signs of trauma.

For Diana Ware, the stepmother of Barbara Ware — the 23-year-old Franklin raped and murdered in 1987 — the shocking news came with a silver lining.

“I won’t say I’m pleased he died but at the end there was justice for all the bad things he did in his life,” Ware said. “We can now be at peace.”

A CBS Sacramento news segment on the death of Lonnie Franklin.

In 2019, California Governor Gavin Newsom announced he was halting the executions of California’s 700-plus death row inmates for as long as he was governor. Franklin likely believed he had at least temporarily escaped fatal punishment for his actions — but ultimately met the same end, regardless of the law.

But sadly, we’ll surely never know how many women met their own end thanks to the Grim Sleeper.

After this look at Lonnie Franklin, the Grim Sleeper, check out another slippery serial killer officials believed — mistakenly — had been reformed, Jack Unterweger. Then, learn the tragic stories of Ted Bundy’s forgotten victims.