As one of the world's largest potter's fields, Hart Island is home to over one million unmarked graves. 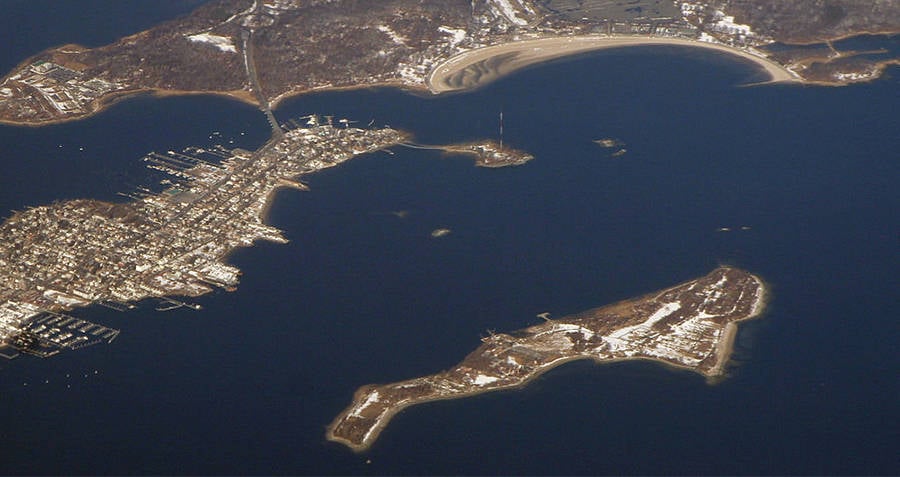 Wikimedia CommonsHart Island from the air.

Manhattan Island and the surrounding Boroughs are hardly ever quiet. The city that never sleeps is bustling with people, day in and day out, locals on their way to work and tourists on their way to the see the sights. It can be hard to imagine any place in New York City being quiet or empty, and truly there are few places that fit that description.

Hart Island is everything Manhattan is not. Tranquill and flat, the land’s handful of structures are no more than two or three stories high and almost entirely abandoned. The two islands do have one thing in common though – both of them are overrun with people, the ever-growing population threatening the resources and creating incredible overcrowding. It’s just that Hart Island’s population is no longer living.

For 50 cents an hour, inmates ferried in from Rikers Island are paid to bury the dead. In inglorious, numbered trenches lie the bodies of the unclaimed; used cadavers from medical schools or unnamed homeless scraped off of the streets. It’s a place where backgrounds, colors, tax brackets, and criminal records hold no bearing. Everyone who lies on Hart Island ends up the same way, in an unremarkable pine box in an unmarked potter’s field. 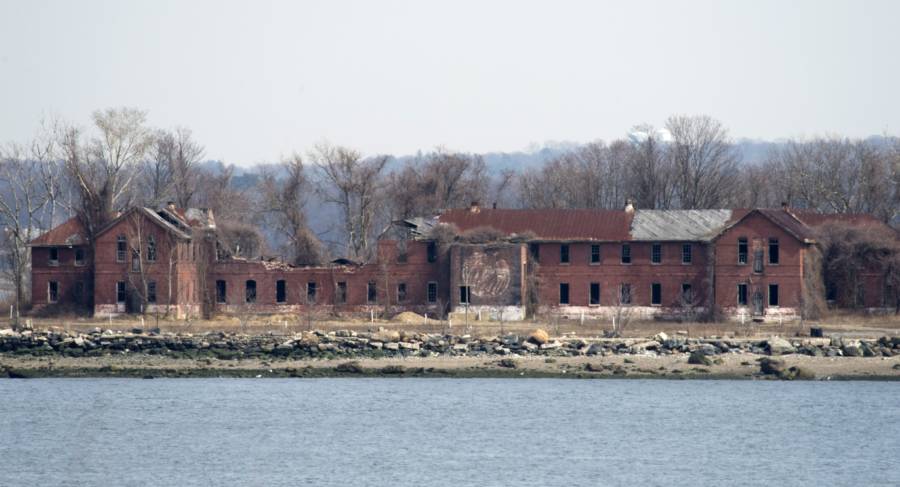 Unlike some plots of land that were once grassy knolls and just happened to be turned into graveyards once they’d run their courses, Hart Island was never full of life. Prior to being purchased by the city of New York in 1868, it had been home to 3,413 Confederate POW’s, 235 of which died there.

In the years following the war, the run-down plot of land was as transient as its current residents. From 1870 until the early 20th century, the island was used for various horrifying institutions, including a women’s psychiatric hospital, a tuberculosis sanitorium, quarantine for yellow fever victims, a workhouse, a prison, and a missile test site.

In 1960, almost a century after it was purchased, the island became what it is now.

Known as a “potter’s field,” the island differs from a cemetery. Cemeteries are sacred ground, built to hold the dead intentionally and carefully after they are laid to rest by their loved ones. Potter’s fields are utilitarian in nature and exist only to solve a problem. 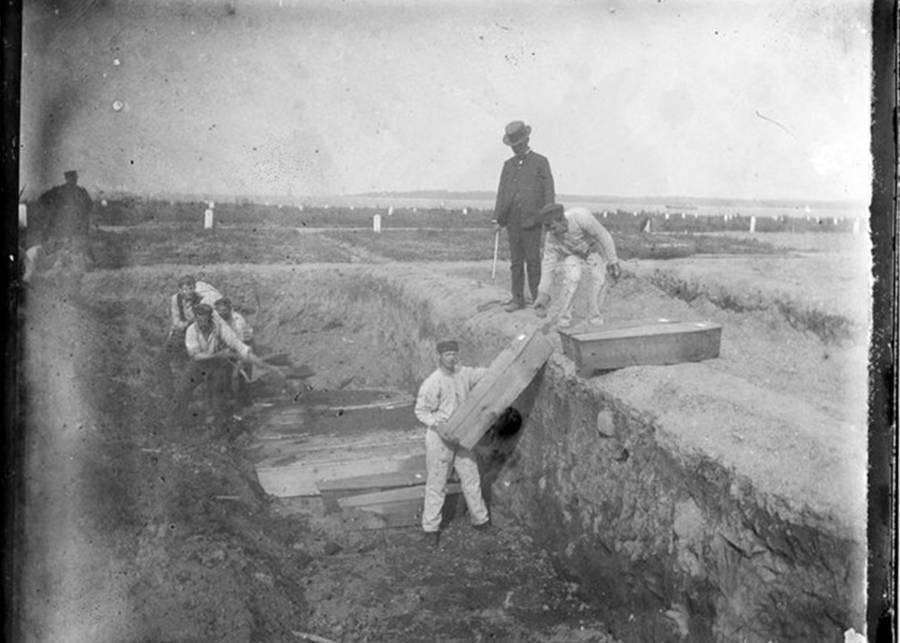 Though Hart Island is currently New York City’s only functioning potter’s field, the city was once covered in them. Lower Manhattan, in particular, held three, the bodies of over 100,000 unnamed individuals dumped into their trenches until there was simply no more room. Now, the unsightly plots are covered by more attractive green spaces – you know them as Madison Square Park, Bryant Park, and Washington Square Park.

Hart Island, however, needs no covering up. All 131 acres are off-limits to civilians, though tourists aren’t exactly knocking at the doors.

Technically part of the Bronx, the island is under the jurisdiction of the New York City Department of Corrections and has been for several decades. In order to gain access to its shores, you need to contact the Office of Constituent Services and be accepted for a visit. Only two ferries leave each month, but unless you’re a grieving family member, you’re only allowed on one.

However, no ceremonies have been held on the island since the 1950s. In fact, there is only one set individual marker and it belongs to the first child to die of AIDS. 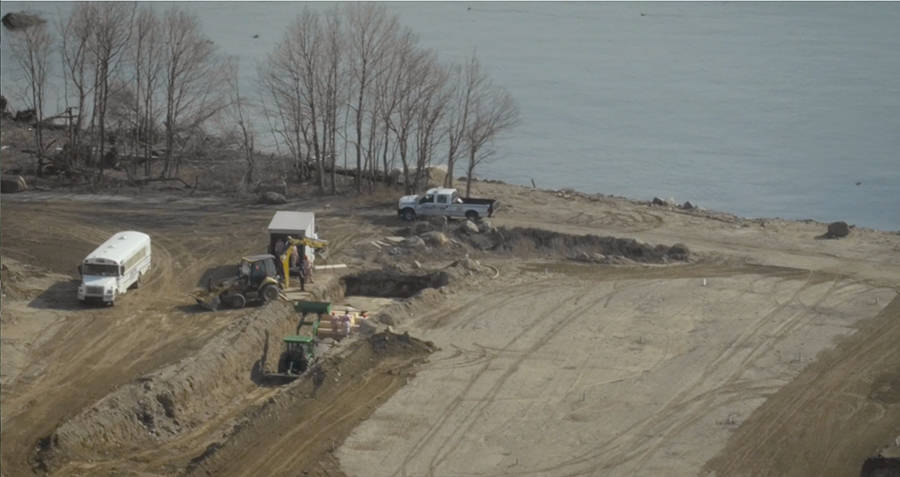 Not all of the dead that ends up on Hart Island are unclaimed. Prior to the early 2000s, many of the bodies were those of people whose bodies had been donated to science. Once the cadavers had been thoroughly used by medical students, the schools had nowhere else to put them.

The same went for those who died in hospitals, or nursing homes, who had loved ones at one point but had simply outlived them. Rather than pay to have funerals, their bodies were carted off to the potter’s field.

Of the over one million people who lie on Hart Island, most are unknown. But, a growing number of people are being identified, thanks to new projects. In 1994, a New York artist named Melinda Hunt started the Hart Island Project, an independently funded project that helps people track down their loved ones potentially buried on the island, and facilitates conversations to allow them to visit the mass graves.

It’s the hope that soon, Hart Island will be more than just a potter’s field, filled with unclaimed bodies in unmarked boxes, but a park where those who have loved and lost, and then lost again, can come to pay their respects. For now though, it remains one of the largest grave sites in the world and shows no sign of slowing its mass interment.

After learning about Hart Island, check out these other mysterious islands, like New York’s Oak Island and North Brother Island.