Many Americans know the Hatfields and McCoys infamously didn't like each other, but just how bad was the animosity between these two families on the West Virginia-Kentucky border?

In December 1864, Asa Harmon McCoy left the Union Army and returned to his home in Kentucky. Just 13 days later, he was dead, murdered by a group of pro-Confederate guerrillas led by a man named Jim Vance. Vance was the cousin of “Devil” Anse Hatfield, head of the prominent Hatfield family from neighboring West Virginia, and the murder he committed would turn out to be the start of one of the most famous blood feuds in history between the Hatfields and McCoys. 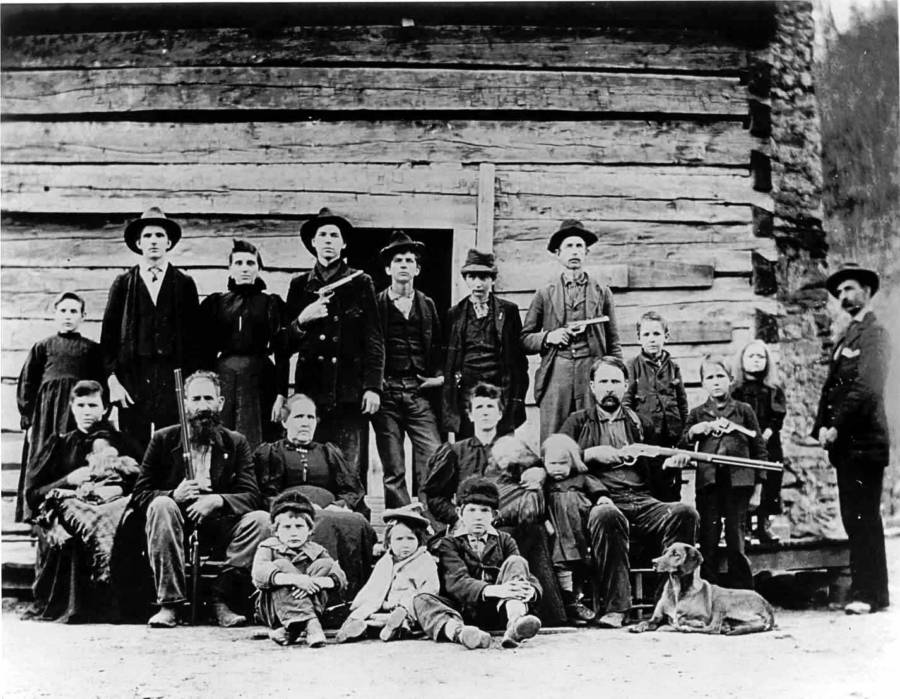 McCoy’s murder was a form of retribution for the role McCoy’s unit, the Pike County Home Guards, played in the shooting of a friend of Devil Anse.

Anse vowed revenge for the shooting, so Anse and his cousin Jim organized attacks on Union soldiers in the Pike County Guards like McCoy. While there was no proof linking Anse to McCoy’s death, it seems likely that he was involved.

When the war ended, the violence began to die down. That probably would have been the end of the Hatfields and McCoys feud if not for a hog.

The Feud Continues After The Civil War 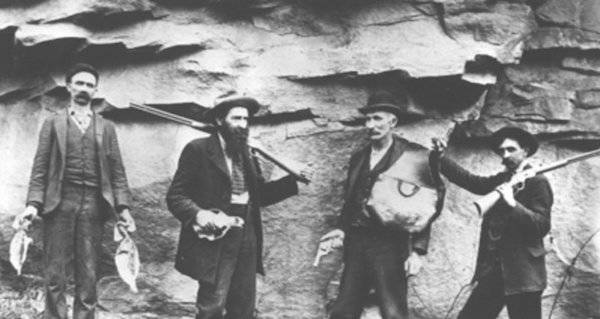 Thirteen years after Harmon’s death, the family patriarch, Randolph McCoy, took the Hatfields to court for stealing one of his hogs. The case ended up in front of the local Justice of the Peace, Anderson Hatfield.

Anderson was another one of Devil Anse’s cousins, and he ruled for his family based on the testimony of a man named Bill Stanton. Stanton was technically related to both families, which made him a fairly neutral witness. But the ruling didn’t sit well with the McCoys. Two years later, two McCoy sons, Sam and Paris, killed Stanton.

The McCoys were able to argue that the shooting was in self-defense, and they were acquitted of the murder.

Once again, that might have been the end of the Hatfields and McCoys feud. But as in all great stories of feuding families, two star-crossed lovers emerged.

A Love Story Fuels More Bloodshed Between The Hatfields And McCoys

Roseanna McCoy, daughter of Randolph McCoy, soon ran away from her home to live with Johnse Hatfield, the son of Devil Anse. 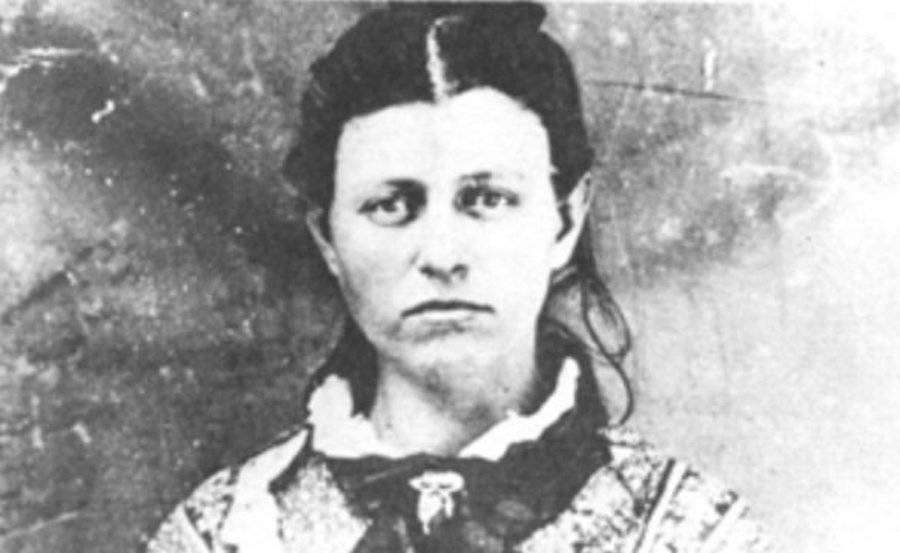 The McCoys considered this romance a betrayal and disowned Roseanna. And she soon found that Johnse wasn’t exactly the Romeo to her Juliette. Johnse was a notorious womanizer, and despite luring Roseanna away from her family, continued to carry on affairs with other women. Finally having had enough, Roseanna went back to the McCoys.

When Johnse went to the McCoys to get Roseanna back, they took him hostage and made plans to turn him over to the authorities to answer for an outstanding bootlegging warrant. Still in love with Johnse, Roseanna took off on a midnight horse ride to warn Devil Anse. Anse immediately organized a rescue party and ambushed the McCoys, freeing Johnse. The experience doesn’t seem to have changed him much, as he soon abandoned the pregnant Roseanna to marry her cousin, Nancy.

Obviously, the whole episode left even more bad blood between the Hatfields and McCoys.

That bad blood soon boiled over at an election day celebration in Kentucky in 1882. There, three of Roseanna’s brothers bumped into Ellison Hatfield, the brother of Devil Anse. A fight broke out, and Ellison was stabbed 26 times. A group of Hatfields serving as constables arrested the McCoy brothers and began marching them to nearby Pikeville to stand trial.

But before they got there, Devil Anse and a large group of armed men met the party and took the McCoys to West Virginia. Ellison died of his injuries shortly after, and as revenge for his death, the Hatfields executed the McCoys in a hail of gunfire. When the bodies were later examined, there were over fifty bullet wounds between them.

In 1886, Jeff McCoy killed a man named Fred Wolford, and Cap Hatfield, who served as a constable, was sent to pursue him. Hatfield and an associate named Tom Wallace pursued McCoy to the banks of a nearby river, where they shot him dead. A few months later, Wallace was murdered in retaliation.

The Final Battles Of The Hatfields And McCoys 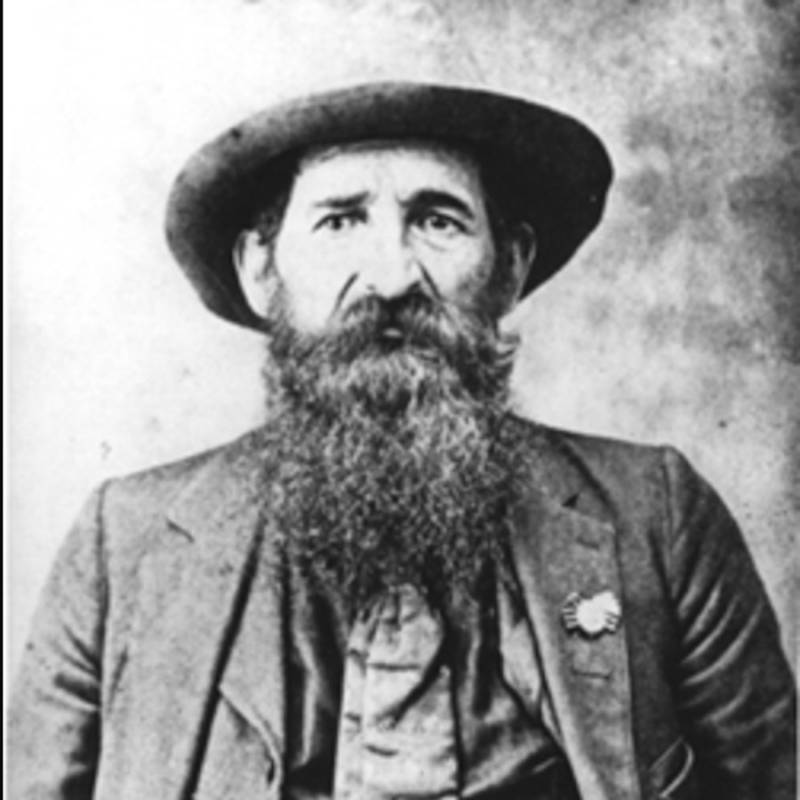 At this point, the Hatfields decided to end the feud once and for all.

On New Year’s Eve, 1888, Cap Hatfield and Jim Vance led a group of Hatfield men to the McCoy family cabin and set fire to it in the middle of the night. As the McCoy’s rushed out into the open, the Hatfields opened fire. Two of Randolph’s children were gunned down, though Randolph himself managed to escape and moved the rest of his family to Pikeville.

The murder of two children in cold blood convinced the Governor of Kentucky that the time had come to step in, and he dispatched Sheriff Frank Phillips to protect the McCoys. Phillips and a party of McCoy men began pursuing the Hatfields and managed to corner and kill Jim Vance. When Anse got word of his cousin’s death, he organized a raiding party for a final offensive against the McCoys.

The two groups met near the border with West Virginia when Phillips’ party blundered into a Hatfield ambush at Grapevine Creek. An intense firefight broke out, but the McCoys began to gain the upper hand. By the end of the day, most of the Hatfields had been captured.

The men were brought back to Kentucky to stand trial for the murders of Randolph’s children. Due to the fact that the Hatfields had been illegally extradited from West Virginia, the U.S. Supreme Court was forced to rule on the matter. It declared that fugitives brought back to a jurisdiction illegally could still be tried, and the trials were allowed to proceed.

Eventually, most of the captured Hatfields were sentenced to lengthy prison terms, except for the illegitimate son of Ellison Hatfield, who was hanged because he was directly identified as responsible for killing Randall’s daughter.

After this look at the Hatfields and McCoys, read about some of history’s most infamous disputes. Then, check out Kentucky’s unusual blue-skinned family, the Fugates.