It was given the scientific species name vladi, after Romanian prince Vlad Dracula, the inspiration for many vampire stories. 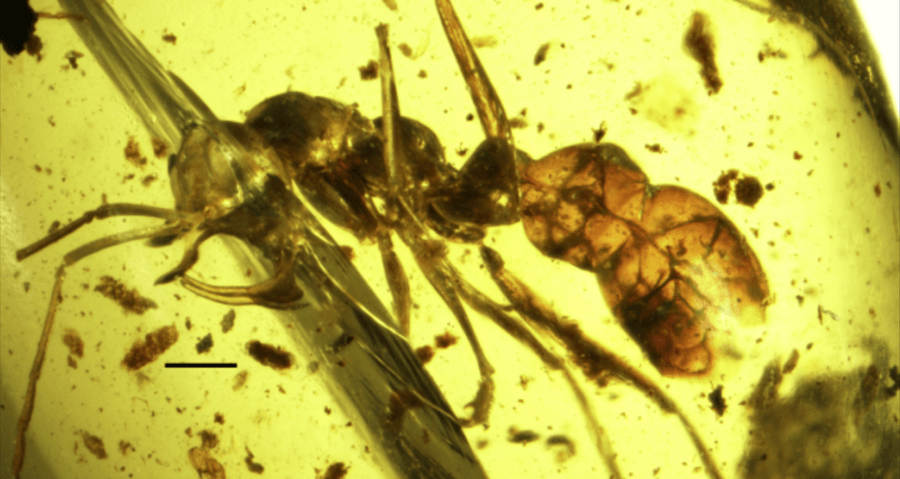 When we find a well-preserved creature from an ancient era, one would hope it would be a benevolent animal, not the nightmarish horror that is the “Hell Ant.”

A research team at the New Jersey Institute of Technology in Newark recently discovered specimens of the ancient Linguamyrmex vladi ant species preserved in 98-million-year-old amber deposits in Myanmar. This ant species, nicknamed the “hell ant,” earns its moniker from the brutal weapons it is born with.

Rather than having mandibles on its mouth like most species of ants, the “Hell Ant” is equipped with spike-like blades and a deadly horn. When an insect would come into contact with tiny hairs that line the mouth of this creature, the scythe-like blades protruding from its mouth would contract, flipping its prey and punching its horn into the insect. 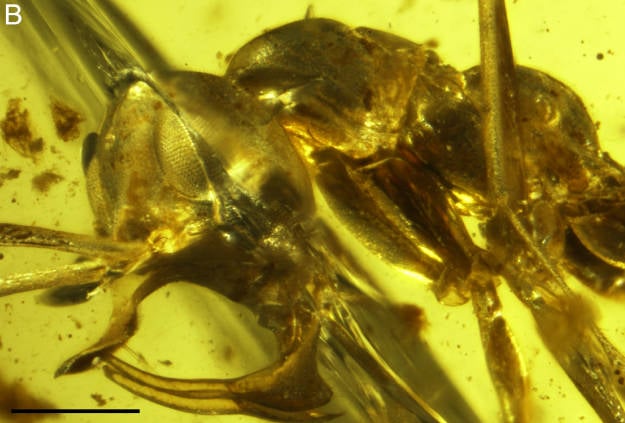 To stop these blades from hurting itself, the ant has a stopping plate reinforced with metal in its head that prevents the blades from puncturing its armor.

“This reinforcement occurs primarily along the centre of the paddle and, as the specimen is preserved with the mandibles largely ‘closed’ and positioned near this spot, suggests that the reinforcement is intended to accommodate mandibular impact,” the researchers note.

The “Hell Ant” has also been described as “vampiric” because its mandibles could be used to form a sort of funnel directing the hemolymph, or insect blood, within a creature it kills directly into its mouth. 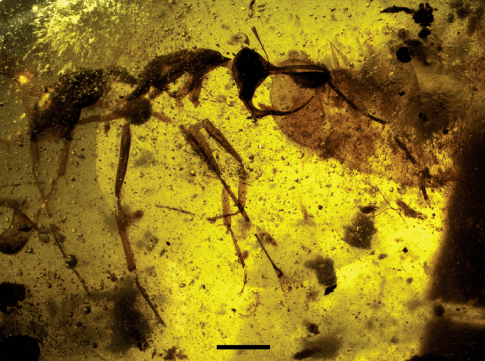 This is the reason that the bug was given the scientific species name vladi, after Romanian prince Vlad Dracula, the inspiration for many vampire stories.

This horrifying creature has been discovered in fossil deposits in Myanmar, France and Canada, with the age of specimens examined ranging from 99 to about 78 million years ago.

This led lead researcher on the project Dr. Phillip Barden to conclude that the “Hell Ant” was “widely distributed and existed for at least 20 million years or so.”

He, and other researchers believe these ants died off in same massive extinction event that killed off the dinosaurs.

At least that is something we can all be thankful for.

Next, check out these gorgeous 100-million-year-old flowers discovered perfectly preserved in amber. Then, read about the giant prehistoric otter skull unearthed in China.