Inside Alex Jordan Jr.’s Wacky House On The Rock

Said to have been the product of a bad encounter with Frank Lloyd Wright, Alex Jordan Jr.'s House on the Rock is a hoarder's dream. 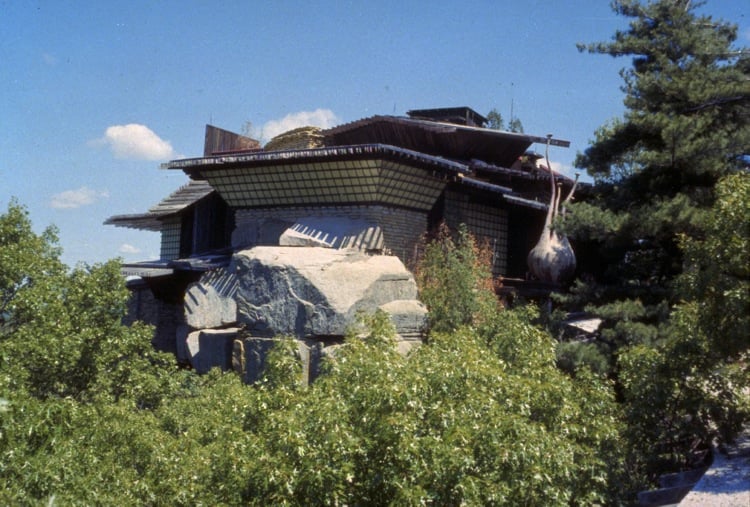 A four-walled testament to the peculiarities of hoarding and mania, the “House on the Rock” is a tourist attraction located in Spring Green, Wisconsin. In a moment of explosive creativity–or dejected architectural aggression– Alex Jordan Jr. broke ground on a 60 foot chunk of rock to create a Japanese-style home. Seven years later, Jordan and his crew opened the bizarre building’s doors to paying visitors. Today, the house features 21 bizarre rooms on exhibit. 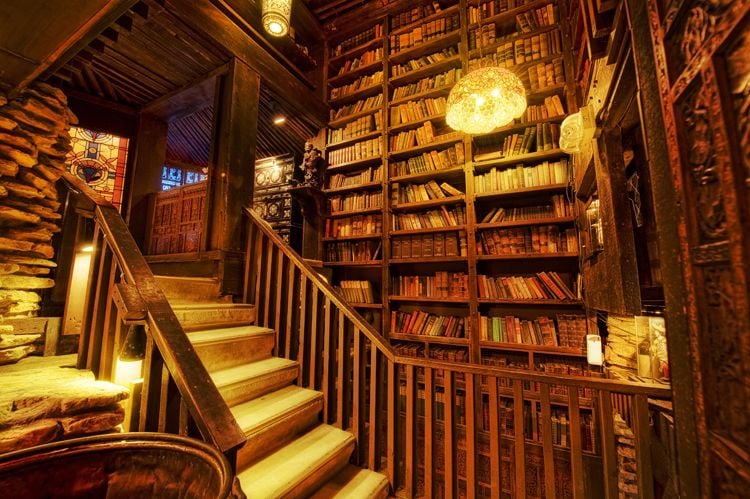 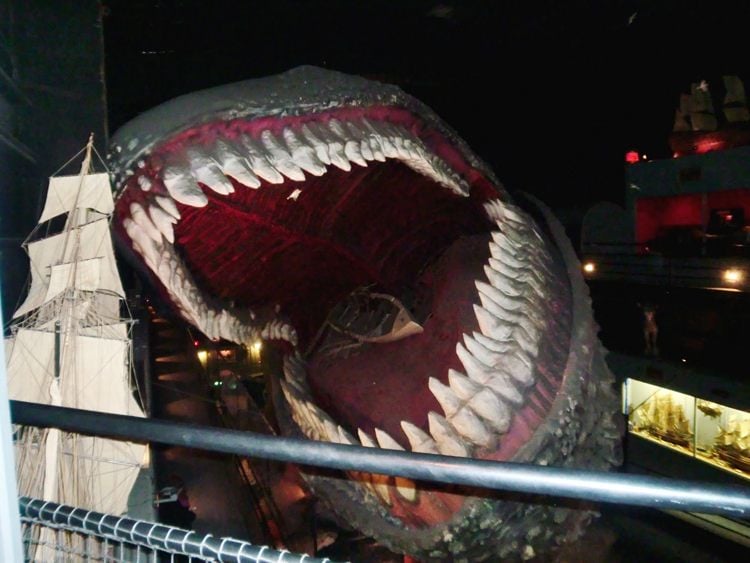 But Jordan’s architectural gem may never have come into existence were it not for a sorry encounter with renown architect Frank Lloyd Wright.Biographers have drawn on a story told wherein Jordan, an avid fan of Wright, presented a design to Wright in a meeting, to which the famous architect responded “I wouldn’t hire you to design a cheese crate or a chicken coop. You’re not capable.”

According to Jordan’s biographers, the Wright-berated designer stewed about the dismissal while driving home along Highway 23, where he spotted the chimney of rock on which he would later build. He vowed to construct something that would make Wright eat his words. While a great story, it is very unlikely to have unfolded this way, as all dates on record have Alex Jordan being nine years old at the time, and place Frank Lloyd Wright in Japan – along with other discrepancies. 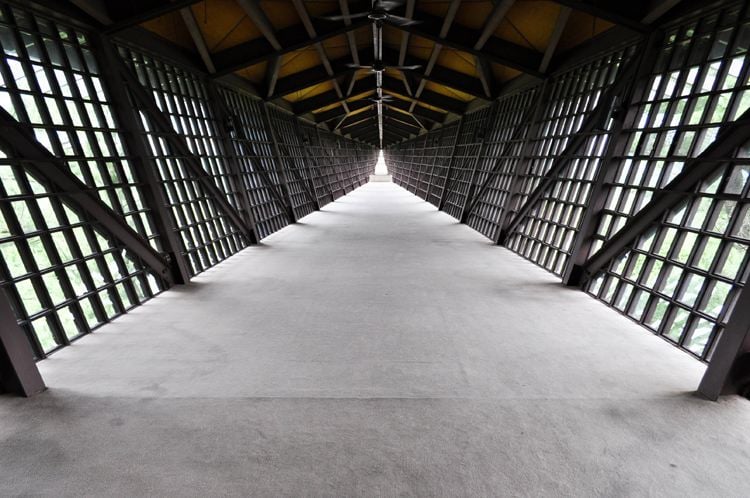 The house also has a home in American literature, Neil Gaiman referenced it as a portal to another world in his novel “American Gods”. Some of the more fantastical-bordering-on-fictional themed rooms of the House on the Rock include: The Infinity Room, which juts out from the side of the house features 3,264 windows as walls, the Streets of Yesterday, which has a life size recreation of a nineteenth century village inside of it, complete with a brick road, barber shop, china shop, an apothecary, and other period building reproductions. 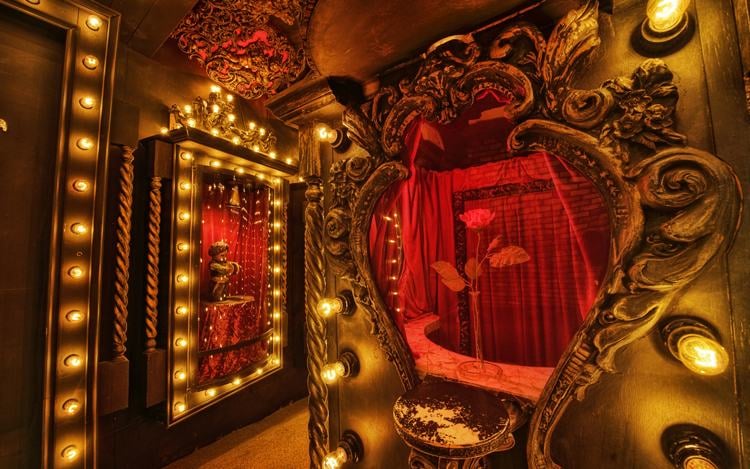 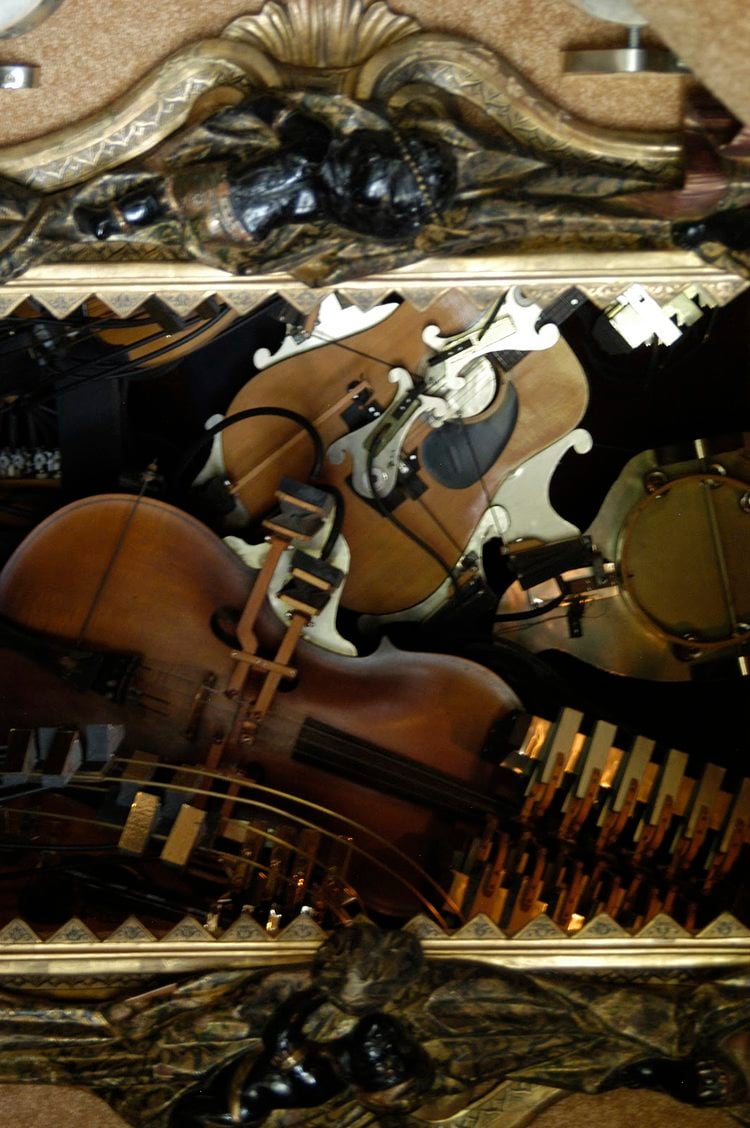 Source: The League Of Whimsy 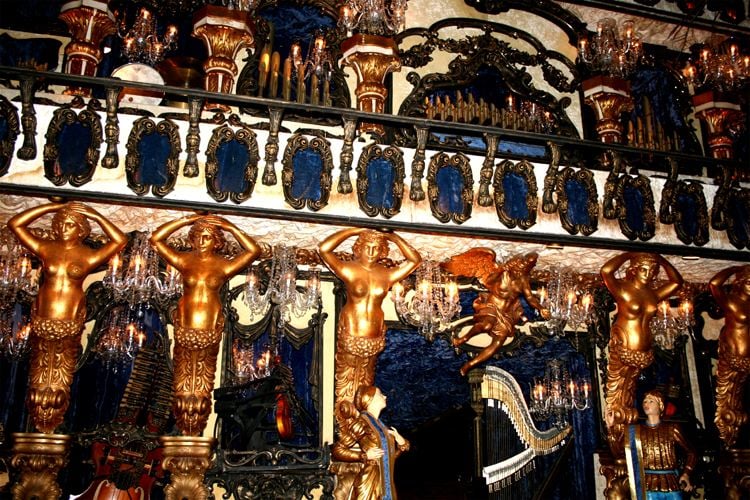 Also located within the house is the world’s largest carousel, which has 269 animals, 20,000 lights, and 182 chandeliers. Hundreds of mannequin angels adorn the ceiling of this room. 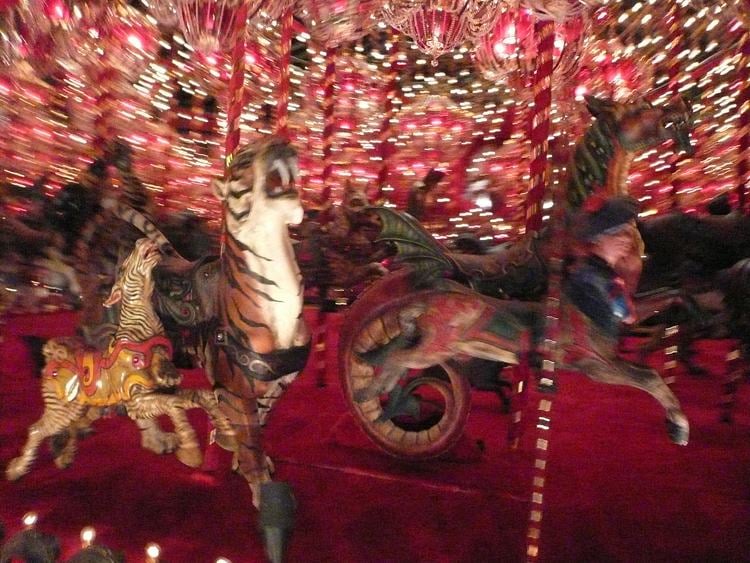 It takes someone of certain tastes to enjoy this special kind of resort; many who have visited the structure and witnessed its contents state that it is simply too disorganized and dark to reap any enjoyment from. Jane Smiley, an American novelist, wrote this about the complex in 1993:

“…it is hard not to be overwhelmed by the House on the Rock. The sheer abundance of objects is impressive, and the warmth most of the objects exude, the way that the toys ask to be played with, for example, makes the displays inherently inviting. But almost from the beginning, it is too much. The house itself is dusty. Windowpanes are cracked. Books are water damaged. The collections seem disordered, not curated. In fact, there is no effort to explore the objects as cultural artifacts, or to use them to educate the passing hordes. If there were informative cards, it would be impossible to read them in the dark. Everything is simply massed together, and Alex Jordan comes to seem like the manifestation of pure American acquisitiveness, and acquisitiveness of a strangely boyish kind, as if he had finalized all his desires in childhood and never grown into any others.” 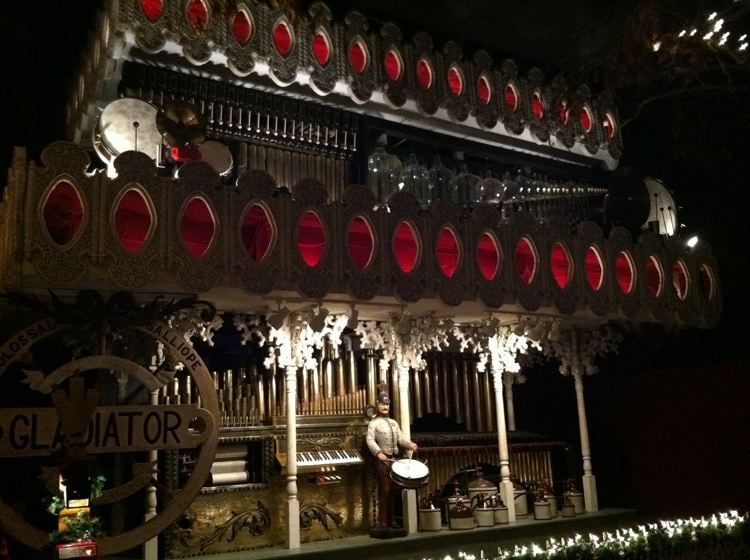