Controversial Paper Claims To Uncover The Limit Of The Human Lifespan 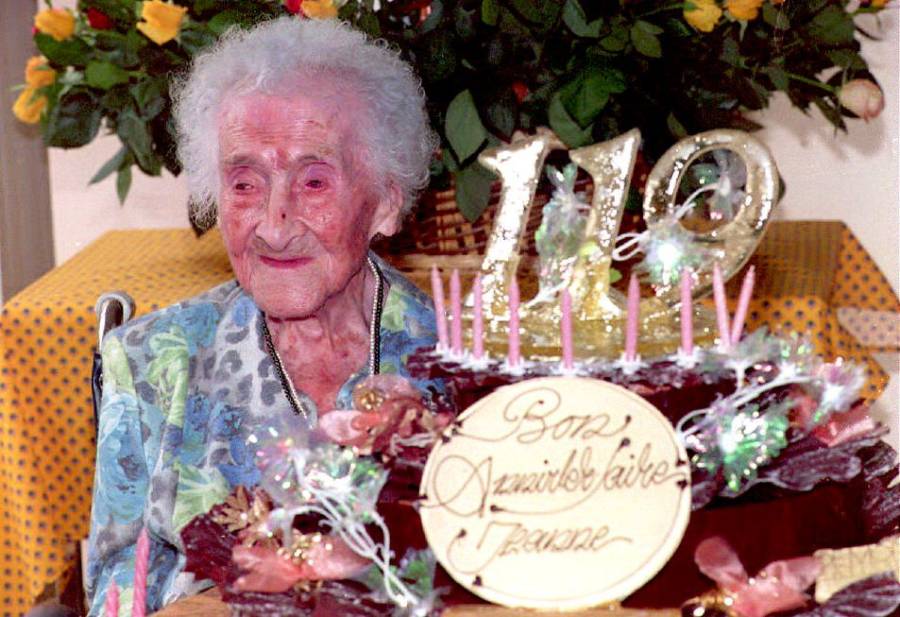 If the scientists behind a controversial new paper are correct, we’ve now reached the limit of the human lifespan.

After millennia of evolution capped off by a doubling of the average worldwide life expectancy over the course of just the past hundred-plus years (from 31 in 1900 to 71 today), some researchers now believe that human longevity has finally reached its maximum of 115 years.

“It seems highly likely we have reached our ceiling,” Dr. Jan Vijg, an expert on aging at the Albert Einstein College of Medicine, told The New York Times. “From now on, this is it. Humans will never get older than 115.”

Vijg and his colleagues, who published their report in Nature on October 5, indeed argue in no uncertain terms that despite advances in medicine fueling rapid increases in human longevity, we are nevertheless subject to inescapable genetic constraints that leave the limit of our lifespan fixed at 115.

It is certainly true that life expectancies now continue to trend upward worldwide. However, Vijg and company demonstrate that although we’ve gotten very good at getting more and more people up to and above 100 or so (and improved the quality of life for those who make it that high), the ultimate limit of the human lifespan beyond that point plateaued about a decade ago.

In analyzing mortality data past and present from around the world, the researchers found that, when broken down into year-specific age groups, the fastest growing sectors of the world’s population for much of the 20th century were those over 100 years old. But that trend slowed in the 1980s, and about ten years ago, it stopped.

On the level of the individual as well, Vijg found the same trend. The age of the small group of the world’s very oldest people climbed to about 115 in the 1990s, and then stopped.

While there have been the rarest of exceptions — including record-holder Jeanne Calment, who passed away in 1997 at 122 — Vijg believes that these are mere outliers. “You’d need 10,000 worlds like ours to have the chance that there would be one human who would become 125 years,” Vijg told The New York Times.

However, not everyone in the scientific community shares in Vijg’s assertions.

While Vijg concedes that these increases are present, he argues that they’ve slowed in recent years and are trending downward toward stasis.

However, others have joined Vaupel in doubting Vijg’s claims. Because Vijg’s conclusions are ultimately informed by what he believes to be a genetic cap on longevity, it’s entirely fitting that many who’ve come out against his paper are the researchers (known as biogerontologists) specifically working to alter human genetics to extend our lifespans.

“Of course there are limits to human lifespan if you don’t interfere,” Richard Faragher, a biogerontologist at the University of Brighton, told Nature. But Faragher and researchers have indeed been interfering for years, using genetic manipulation to successfully increase the lifespans of animal test subjects.

Vijg nevertheless doesn’t think that this will work on humans. “Lifespan is controlled by too many genes,” Vijg said. “You could maybe plug one of those holes, but there are still another 10,000 other holes springing up.”

But still, people like biomedical gerontologist Aubrey de Grey, chief science officer at California’s SENS Research Foundation, hold out hope. “Unlike a dam, the pressure on the so-far-unplugged leaks actually diminishes as one plugs more and more of them,” he told Nature.

“The result in this paper is absolutely correct, but it says nothing about the potential of future medicine, only the performance of today’s and yesterday’s medicine.”

Next, meet the world’s current oldest person alive, a man who recently said that he wants to die. Then, check out the massive, 400-year-old greenland shark recently discovered to be the world’s oldest living vertebrate.