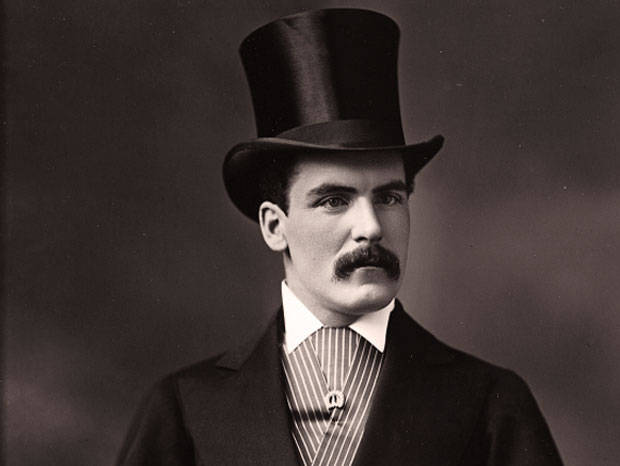 Notman Photographic ArchivesThomas Neill Cream is one of the Jack The Ripper suspects due to the testimony of his executioner.

Thomas Neill Cream was a Scottish-Canadian who was born in Glasgow, and then raised outside Quebec City, Canada after his family moved there in 1854. He studied medicine at the McGill University in Montreal and later had post-graduate training in medicine and surgery at hospitals in England and Scotland.

After obtaining his medical degree, Cream began to practice medicine in Canada but was derailed when he murdered Kate Gardener, his mistress, in 1879. She was found pregnant and dead from chloroform, one of Cream’s specialties while studying medicine, in the alley behind Cream’s office.

Cream attempted to shift suspicion on a local businessman, but when that failed he fled to America. There, he opened up a practice on the edge of the red-light district of Chicago, where performed illegal abortions on prostitutes.

There he continued his murderous streak, with numerous women who came to him dying under suspicious circumstances. It is believed that he poisoned many of these women with strychnine and other poisons.

Then, in 1881, he was finally caught after poisoning the husband of his new mistress. After his partner in crime flipped on him, Cream was given a life sentence.

However, his brother managed to bribe the governor of Illinois to commute Cream’s sentence, and he was released in 1891 after only ten years.

During his imprisonment, Cream’s father had died, and he used his inheritance to travel to England.

There he began living in Lambeth, Central London, where he continued his crimes. He would frequent local prostitutes, and poison them by placing with strychnine in their drinks.

He killed four women in this way, gaining enough media attention for the press to dub the anonymous killer the “Lambeth Poisoner.”

Cream sent numerous anonymous letters to the papers accusing other people of being the poisoner but revealed details that led police to suspect the letter writer.

They tracked him down and arrested him in 1892. Later that year he was hung for these four murders.

Most of the evidence for Cream as the Ripper comes from the account of his executioner, James Billington, who said that Cream’s last words on the scaffolding before being hanged were, “I am Jack The…”

This statement was proof to Billington that Jack The Ripper and the Lambeth Poisoner were one and the same.

While no one else present at the execution could substantiate Billington’s claim, he was a respected hangman who conducted the execution.

Cream was also a serial killer who targeted women who were in London at the time of many of the Jack The Ripper murders.

Cream was locked up in an Illinois prison at the time of Jack The Ripper’s five main murders in 1888.

While proponents of this theory have posited that he may have left the prison before his official release or used a look-alike to serve the term in his place, none of these ideas are substantiated by any contemporary documents.

Furthermore, these theories are directly contradicted by evidence given by the Illinois authorities, newspapers of the time, Cream’s solicitors, Cream’s family, and Cream himself.