Blissfully unable to even understand the concept of dying, Joe Arridy was described by his prison warden as "the happiest man who ever lived on death row."

Joe Arridy had always been highly suggestible. A mentally handicapped young man with an IQ of 46, Arridy could be coerced into saying or doing almost anything.

And when the police coerced him into confessing to a grisly murder he didn’t commit, his short life came to an end. 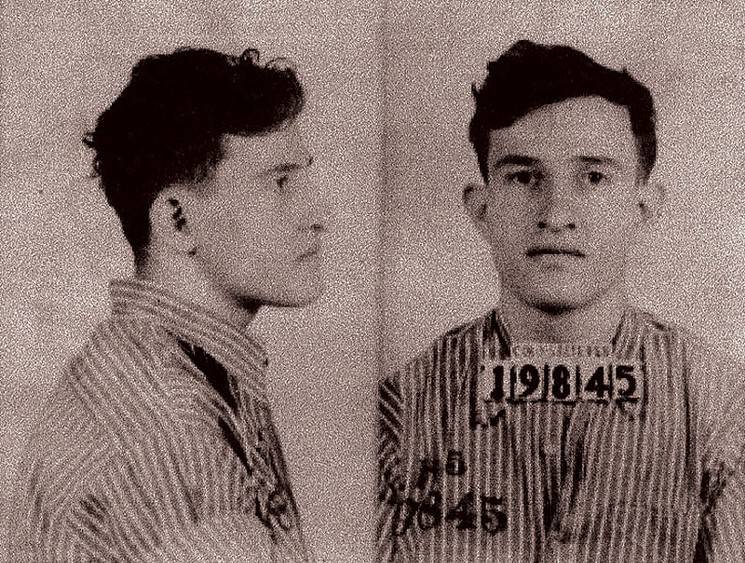 Dorothy Drain’s parents returned to their home in Pueblo, Colorado, on the night of August 15, 1936, to find their 15-year-old daughter dead in a pool of her own blood, killed by a blow to the head while she was sleeping.

Her younger sister, Barbara, had also been struck in the head, although she had miraculously survived. The attack on the young girls drove the town into an uproar, led newspapers to declare that a sex-crazed murderer was on the loose, and set police on the trail of any “Mexican”-looking men matching the description provided by two women who had also claimed to have been assaulted not far from the Drain house.

Police were under tremendous pressure to catch the killer and Sheriff George Carroll must have felt nothing but relief when 21-year-old Joe Arridy, who had been found aimlessly wandering near the local railyards, confessed to the murders outright.

The Arrest Of Joe Arridy

Joe Arridy’s parents were Syrian immigrants, which contributed to his dark complexion as described by the two other women who claimed that they had also been accosted in Pueblo. His mother and father were also first cousins, which may have contributed to his “imbecility,” which the newspapers delighted in referring to.

Several of Arridy’s siblings had died young and one of his other brothers was also reported to be “a high moron,” and Joe Arridy himself also seems to have suffered due to his family’s inbreeding.

Arridy had been committed to the Colorado State Home and Training School for Mental Defectives in Grand Junction when he was just 10 years old. He would be in and out of the home for the next several years until he finally ran away after he turned 21.

Arridy spoke slowly, could not identify colors, and had trouble repeating back sentences that were longer than a couple of words. The superintendent of the state home where Arridy had lived recalled that he was “often taken advantage of by the other boys,” who once got him to confess to stealing cigarettes although he could not possibly have done it. 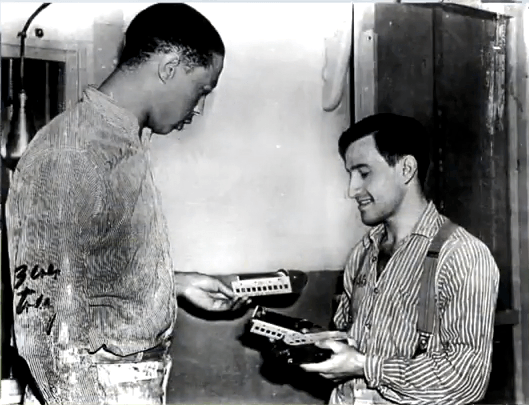 YouTubeJoe Arridy spent the majority of his time on death row playing with his toy trains, which he gifted to another prisoner before being executed.

Perhaps Sheriff Carroll realized the same thing that these other boys once had: Joe Arridy was extremely susceptible to suggestion. Carroll did not even bother to write down the confession he got from Arridy and during the trial, even the prosecution noted, “You had to, what we commonly say, ‘pry’ everything out of him?” Carroll’s leading questions included asking Arridy if he liked girls, then immediately following up with “If you like girls so well, why do you hurt them?”

Given such unfair, coercive questioning, Arridy’s testimony changed swiftly depending on who was interrogating him and he remained ignorant of some of the most basic details of the murders until they were told to him (such as the fact that the weapon used had been an ax).

It should have been clear to everyone involved that Joe Arridy wasn’t guilty — and that another man actually was. It seems most likely that the person actually responsible for the killings was Frank Aguilar, a Mexican man who was found guilty of the murders and executed after being identified by Barbara Drain.

All of this took place while Arridy was still being held for the murders himself, but local law enforcement was convinced that Aguilar and Arridy had been partners in the crimes. Either way, even Aguilar’s execution does not seem to have stemmed the public outrage in Pueblo. So, despite the fact that the three psychiatrists who testified at Arridy’s trial declared him mentally handicapped with an IQ of 46, Arridy too was found guilty and sentenced to death.

The basis for Joe Arridy’s defense was that he was not legally sane and therefore “incapable of distinguishing between right and wrong and therefore, would be unable to perform any action with a criminal intent.”

Because Arridy reportedly struggled to explain simple things like the difference between a stone and an egg, it’s understandable to think that he would not in fact know right from wrong. It also seems, perhaps mercifully, that he failed to understand the concept of death entirely.

Prison warden Roy Best reported that “Joe Arridy is the happiest man who ever lived on death row” and when Arridy was informed of his impending execution, he seemed much more interested in his toy trains. When asked what he wanted for his last meal, Arridy requested ice cream. On Jan. 6, 1939, after happily giving his beloved toy train to another inmate, Arridy was led to the gas chamber, where he grinned as the guards strapped him into the chair. His execution was fairly swift, although Warden Best is reported to have cried in the chamber. 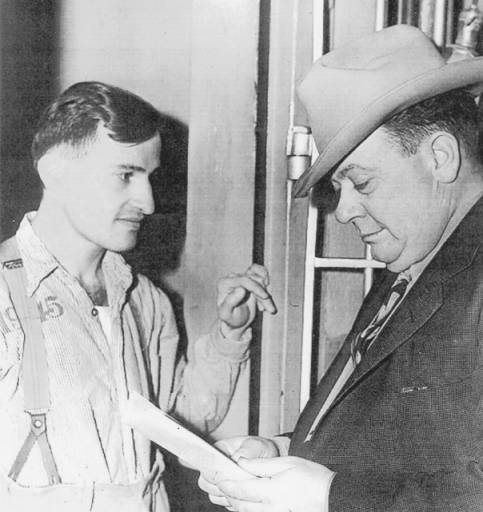 Gail Ireland, the attorney who had petitioned the Colorado Supreme Court on Arridy’s behalf, had written during the case, “Believe me when I say that if he is gassed it will take a long time for the state of Colorado to live down the disgrace.”

It was not actually until 2011, more than seven decades after Joe Arridy’s execution, that Colorado Governor Bill Ritter granted him a posthumous pardon. “Pardoning Arridy cannot undo this tragic event in Colorado history,” Ritter said. “It is in the interests of justice and simple decency, however, to restore his good name.”

After this look at Colorado’s disturbing conviction and execution of Joe Arridy, read up on Willie Francis, the man who was executed twice. Then, discover the haunting last words of executed criminals throughout history.