How John Callahan Turned His Paralysis Into Politically Incorrect Art

After John Callahan was paralyzed following a drunken car crash, he learned to draw cartoons with both hands, went to rehab, and had is politically incorrect cartoons published in dozens of magazines and newspapers.

John Callahan was an alcoholic. Then a car crash rendered him a quadriplegic, and he became an established cartoonist. But if you think of his story as sad or heroic or inspirational, he’d probably hate you.

See, Callahan’s particular style of cartoon that he established after his accident is notorious for its use of black humor, its macabre subject matter, and its general divisiveness.

John Callahan was born in Portland, Oregon in 1951. He was adopted when he was six months old from an Irish Catholic family. His teachers were nuns and his father was ex-military. By the time he was a kid John Callahan was rebelling, primarily in two ways.

The first was by drawing obscene caricatures of peers and teachers. The second was by drinking heavily, which started when he stole alcohol from his grandmother. Both those things would matter even more later on.

In 1972, while bar hopping with a friend, John Callahan allowed his equally drunk friend to drive him. The friend slammed into a Con Edison telephone pole at 90 miles an hour. The accident wound up severing Callahan’s spine, paralyzing him as a quadriplegic. He was 21 years old.

He spent six months recuperating in the hospital before shifting around between different nursing homes and attendants. 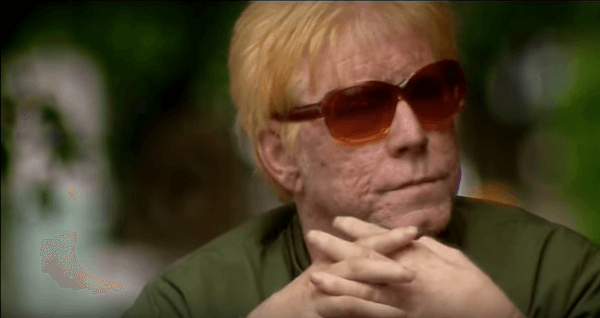 Though he still enjoyed drawing, his ability to do was severely limited. He figured out a method that consisted of using both hands to grip a pen while using a tablet on his knees and drawing from his shoulders instead of his arms.

But his cartoons weren’t the uplifting kind, meant to demonstrate how precious life is. Instead, his style is defined as being simple and rough. Of the characters he drew, John Callahan described them as, “kind of demented, as I think most people are.”

Callahan’s work as a cartoonist didn’t risk being seen as politically correct. It banked on it.

In 1992, John Callahan did an interview with a small, now defunct, magazine called Emergecy Horse. In the interview, he’s quoting as saying:

“I like everything that has to do with the extreme, with angst or suffering or intensity in life. My subjects are all very intense – religion, politics, disease. The real mild things in life I’m not interested in.”

However, before that interview, and despite his ability to draw again, John Callahan was still drinking. It was in 1978, at which point he was drinking a fifth of tequila every morning, that he realized he needed to make a change.

In his autobiography, titled Will the Real John Callahan Please Stand Up?, Callahan said, “I knew with utter certainty that my problem was not quadriplegia, it was alcoholism.”

After going through rehab, Callahan gained a bachelor’s degree in English from Portland State University. He began drawing cartoons for Portland State’s student magazine. Then for National Lampoon, Harpers, and Omni, to name a few. His work was picked up and syndicated in over 17 newspapers.

He also started receiving his first hate mail. Though this wasn’t discouraging to Callahan. He would periodically post hate mail he received to his website, which still exists. He also reportedly pinned hate mail to a board in his kitchen.

Callahan didn’t get upset with the hate mail because it didn’t come from the people who truly admired him and his work. “Because the handicapped experience is that everyone walks on eggshells around you,” he said in the same interview with the Emergency Horse magazine.

John Callahan died in 2010 from respiratory complications due to chronic bed sores.

Luckily, his cartoons, and all the taboo that comes with them, live on. A film, titled after his book Don’t Worry, He Won’t Get Far on Foot, is coming out in 2018 with Joaquin Phoenix as Callahan.

“There are quite a few good things about being in a wheelchair. You can stab your leg with a fork and not feel a thing. And if you have ambitions as a cartoonist, you’re already sitting down,” said John.

Now take a look at some American World War IIposters that weren’t always politically correct. Then, read about the artist who used 100,000 books to make a full-scale parthenon where the Nazis burned them.