In 2002, an elite tactical team was said to have killed the Kandahar Giant, a 13-foot-tall beast with flaming red hair, six fingers on each hand, and two sets of teeth. 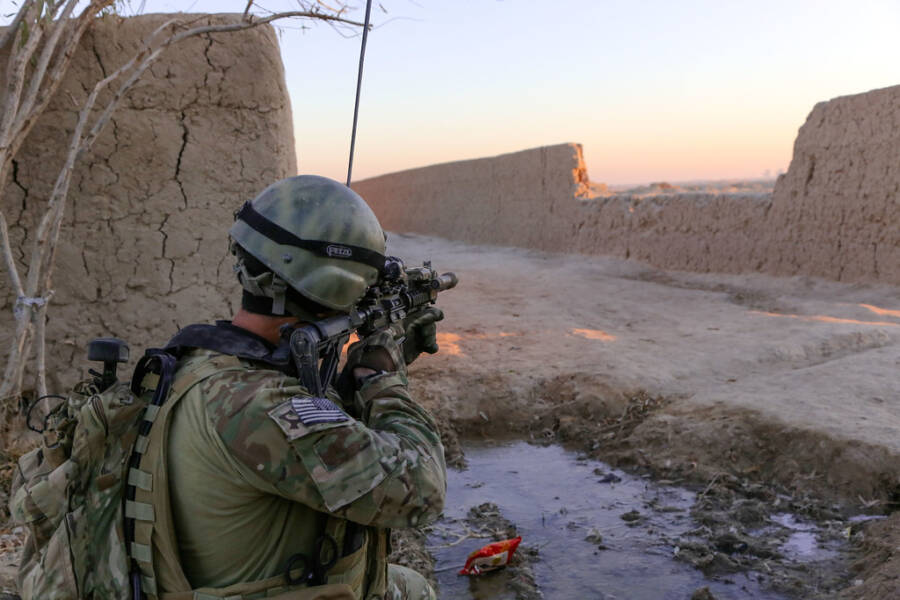 In August 2016, a YouTuber posted a lengthy interview with a military contractor identified only as Mr. K. In the interview, Mr. K claimed to have been present during the brutal slaughter of a killer he called the Kandahar Giant.

The killing of the giant, he said, took place during the height of Operation Enduring Freedom in 2002 when the military was engaged in fierce battles with the Taliban in their de facto capital in Kandahar Province during the U.S. invasion of Afghanistan. But this was no human fighter.

The Kandahar Giant, Mr. K said, was 13 feet tall with fiery red hair, six fingers, and two sets of teeth. It even killed one of the Special Forces soldiers with a spear before the rest of the unit brought it down with 30 seconds of sustained gunfire. And after they radioed it in, the Army took away its corpse and has hidden it ever since.

The Legend Of The Kandahar Giant

Afgbeast/Wikimedia CommonsKandahar City pictured in 2015 with mountains rising to the north.

In 2002, a group of soldiers went missing while on patrol in a remote mountain region of Kandahar, in the south of Afghanistan. And when they failed to make radio contact for some time, the military sent in a special ops unit to investigate, though the branch of the armed forces they belonged to was never confirmed.

Then, high up in the mountains, the unit came across a cave with scattered Army equipment around but no sign of the missing soldiers. And that’s when they chanced upon the Kandahar Giant.

Though the tale grows with the telling — with some reports suggesting that the humanoid grew as tall as 15 feet — this red-headed giant with six digits, leather moccasins, and smelling like “dead bodies” suddenly emerged from the cave and impaled one of the soldiers with a spear.

And that’s when the soldiers opened fire, ultimately felling the giant with 30 seconds of continuous fire.

“Between them, the squad was armed with full-auto M4 carbines, “recon carbines” (semi-automatic), and M107 Barrett anti-materiel rifles firing .50 BMG,” reads one report. “This much firepower concentrated on one target for one second, let alone thirty, would be extremely destructive.”

After the troops killed the giant, they loaded it onto a Chinook helicopter, which carried it to a transport plane, where no one ever saw it again. The soldiers were forced to sign non-disclosure agreements so the government could keep them all quiet.

But eventually, the soldiers broke their silence because, as one of the men would later say, “the people have a right to know the truth.” 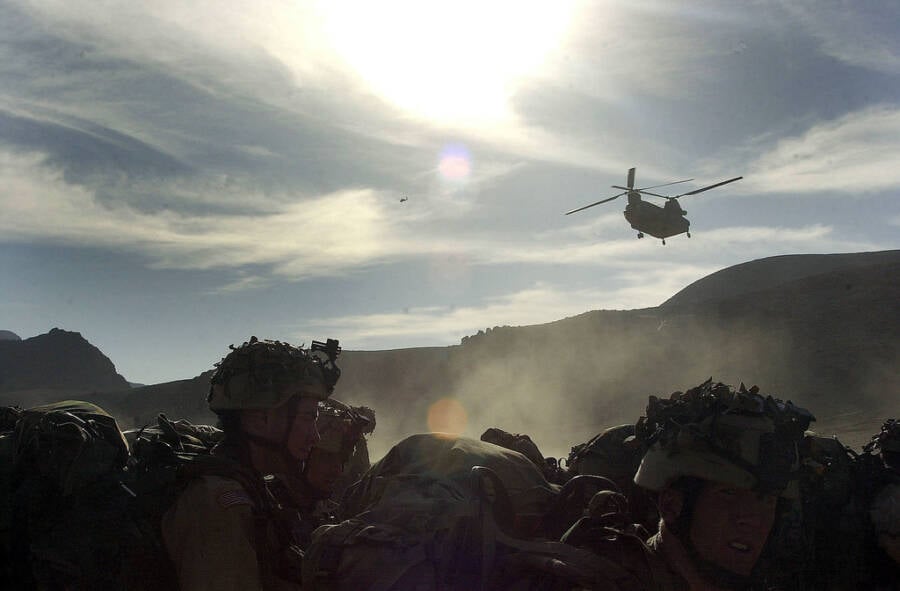 What’s more, there are no press releases on the Department of Defense’s website involving either a “special forces troop” disappearing in Afghanistan or of any incident involving soldiers felling a giant.

Of course, as with any good conspiracy, this lack of evidence isn’t sufficient proof that the myth of the Kandahar Giant doesn’t exist. In fact, Snopes’ debunking of the legend has had quite the opposite effect in certain cryptid spaces, which claim that the government is “trying to hide the truth” from the public.

Around the same time that the Snopes article came out that discredited the story, self-proclaimed supernaturalist L.A. Marzulli told several right-wing websites that the United States government was covering up this “spectacular” story and that those in power had a “vested interest” in keeping the truth of Biblical prophecies from being exposed to the general public.

“I mean, this isn’t classified military stuff. This is something we need to know. And it points back to the Biblical prophetic narrative.”

The Biblical Origins Behind The Myth Of The Kandahar Giant 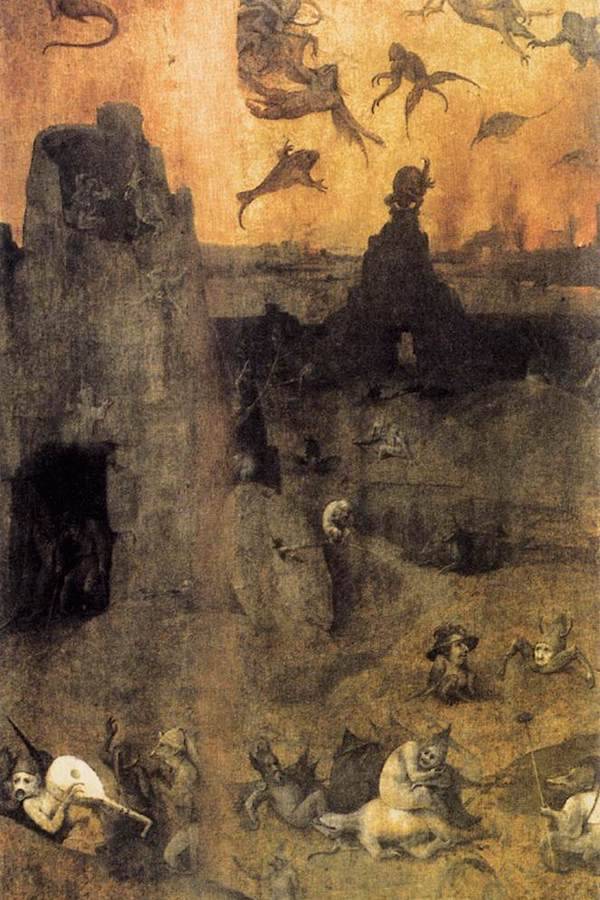 Public Domain“The Fall of the Rebel Angels” by Hieronymus Bosch is based on a verse of Genesis that references Nephilim.

The real story of the Kandahar Giant is a lot less interesting than the myth. In 2016, L.A. Marzulli, whose YouTube channel is dedicated to tying current events to Biblical prophecies, brought the story roaring back to life, thanks to the power of the Internet.

In a now-deleted video first posted on August 16, 2016, Marzulli interviewed Mr. K, a man purporting to be a soldier who said he witnessed the “Giant of Kandahar.” Mr. K claimed he saw the giant carrying a spear and murdering a United States soldier named “Dan” before he and the other “special forces” took it down.

According to Marzulli, the creature was a Nephilim, a group of people mentioned in the Genesis and Numbers books of the Old Testament who were said to be “people of unusually large size and strength” that could be found in the Middle East both before and after “The Flood” of Noah’s Ark fame.

But Biblical scholars largely agree that the Nephilim tales were metaphors and not based on the reality of a 13-foot giant living in the desert.

What’s more, the only “Dan” that died in Kandahar around the time of this alleged incident in 2002 was Sgt. 1st Class Daniel A. Romero, who was killed in a bomb blast alongside three other soldiers.

But even with the evidence stacked against it, the myth of the Kandahar Giant is still said to be an “open secret” among soldiers who served in Kandahar in 2002. And several veterans who served in the region have said that from that point on, they were instructed to point their weapons high by aiming for the head “and then a little higher.”