Why Katherine Knight Slaughtered Her Boyfriend And Made Him Into Stew

Abattoir worker Katherine Knight became the first female in Australia to receive a life sentence without parole after she decapitated and cooked her boyfriend John Price. 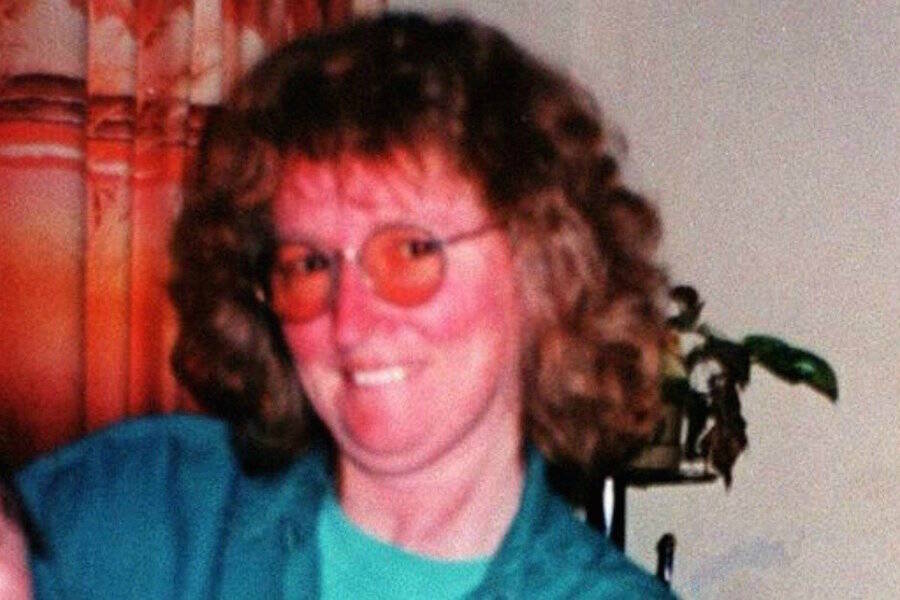 YouTubeKatherine Knight during her first marriage, before she butchered future partner John Price.

Most lovers’ quarrels end with an apology. But for Katherine Mary Knight, murder and mutilation were the end result.

Not only did this Australian abattoir worker slash her lover with a butcher knife at least 37 times in February 2000, she then chopped him up, cooked him, and prepared to serve him to his own children. Even before this grisly killing, the life of Katherine Mary Knight was marked by violence and sexual abuse that only hinted at the bloodshed to come.

Born on October 24, 1955, in Tenterfield, Australia, Knight was the product of a scandalous affair between her mother, Barbara Roughan, and her father, Ken Knight. Roughan was not only already a mother of four boys with another man, but she even met Knight through her husband. When their secret rendezvous came to light, it rocked their small conservative town.

Following this tumultuous start, Knight’s chaotic childhood didn’t get much better from there. Her father was a violent alcoholic who raped her mother multiple times a day. Knight herself claims that she was sexually assaulted by several family members until the age of 11.

In school, Knight was known as a bully who terrorized smaller children. Without ever learning how to read or write, she quit at the age of 15 to work at a clothing factory. A year later, she landed her “dream job” at a slaughterhouse cutting out the internal organs of animals.

Journalist Peter Lalor wrote in Blood Stain, his true-crime book that covered Katherine Knight, that she loved her job so much that she hung her first set of butcher’s knives over her bed — just in case she ever needed them.

And eventually, she did. 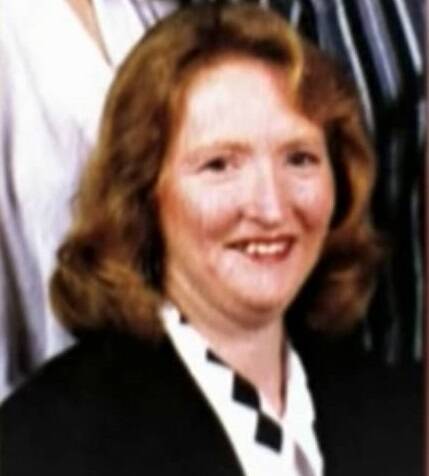 While working in the butcher shop, Knight met David Kellett, a raging alcoholic much like her father who was prone to fistfights. Used to this kind of violence, Knight surprised her new beau when she joined in on one of his drunken scuffles.

He soon realized, however, that Knight was capable of doing more than a little damage with her fists. Before long he found himself being dominated by her.

In 1974, she convinced him to marry her. He was heavily intoxicated the entire time and her mother even warned him about her daughter’s temper, saying that Knight had “a screw loose somewhere.” 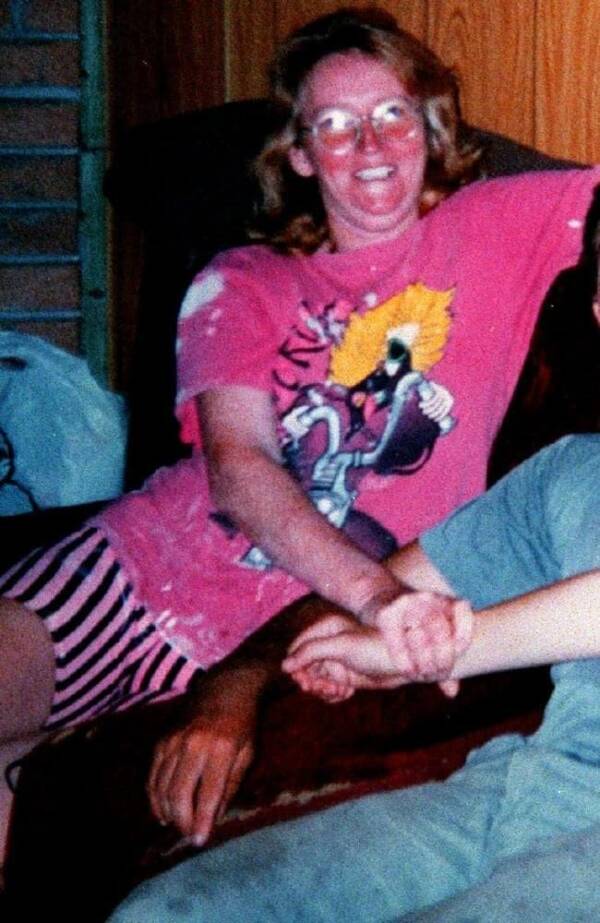 YouTubeMost of Katherine Knight’s relationships were toxic and violent even before the murder.

On their wedding night, Knight and Kellett consummated their marriage three times. When he fell asleep, Knight wanted a fourth round and took issue with her new husband’s exhaustion, so she started to strangle him.

Kellett woke up and managed to fight Knight off. Even though she attempted to kill him only one day into their marriage, the union lasted for 10 more years. The marriage was, however, far from perfect.

Kellett was often unfaithful, and once even left his wife and their two daughters in the middle of the night. After discovering one of Kellett’s affairs, Knight placed their two-month-old infant on the local train tracks shortly before a train was due (the train didn’t come and the infant was spared) and also threatened several people with a stolen ax. She was also diagnosed with postnatal depression after witnesses saw her violently pushing and swinging her second child in a stroller down a busy street.

She spent a few months in a psychiatric hospital, where she told nurses that she intended to kill a mechanic who had fixed Kellett’s car because that made it possible for him to leave her. Despite this threat, Kellett took Knight back when she was released from the hospital. Their reunion didn’t last long, and Knight went through a period of deep distress after Kellett finally did leave her. 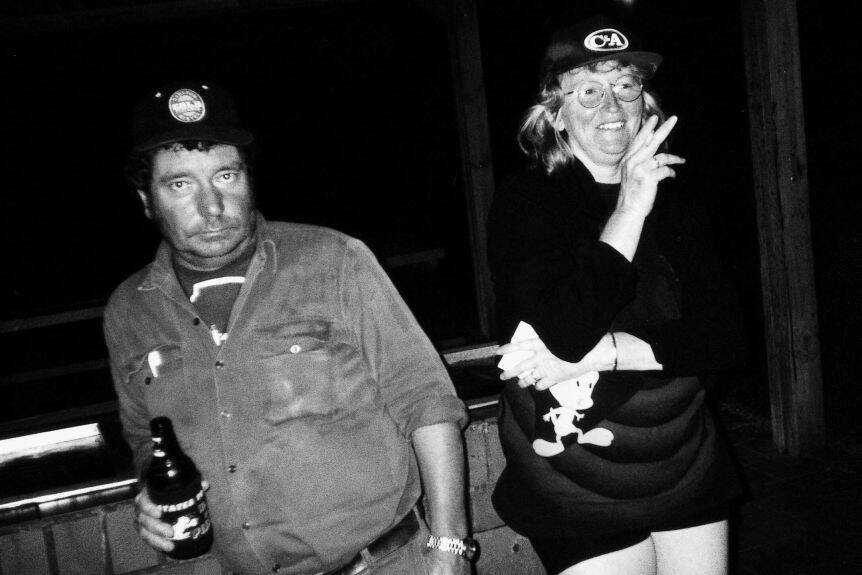 In 1986, shortly after her breakup with Kellett, Katherine Knight jumped into a whirlwind romance with David Saunders, a local miner.

Within a few months, Saunders moved in with her and her two daughters. However, he kept his apartment, and Knight became incredibly jealous and suspicious about what he did when she wasn’t around. Like her previous relationships, this one quickly grew toxic and violent.

At one point she slit the throat of his two-month-old dingo puppy in front of him just to show him what she was capable of.

Still, they stayed together and even had a daughter a year later. However, Saunders left Knight shortly after the birth because she had attempted to kill him with a pair of scissors.

She then met a man named John Chillingworth. They stayed together for three years and had a child, Eric, Knight’s first son. While no violent incidents have been reported about their relationship, it ended after Chillingworth learned that Knight was having an affair with a man named John Price.

The beginning of Katherine Knight and John Price’s relationship was without complications. He had two older children who lived with him and seemed to like Knight, and he made enough money as a miner to keep her comfortable. They moved in together in 1995 and things were going smoothly.

However, when she suggested they marry and he declined, she turned violent.

Knight framed Price for stealing things from his company and got him fired. Though he initially kicked her out, a few months later they started seeing each other again.

However this time, he refused to let her move back in. According to their friends and neighbors, Knight’s violence then began to escalate.

In February of 2000, an argument between Price and Knight culminated with her attempting to stab him in the chest. He took out a restraining order against her in an attempt to keep his children safe. Toward the end of the month, Price let on that he was concerned for his safety and told his coworkers that if he ever went missing, it was because Knight killed him.

He was right to be afraid. 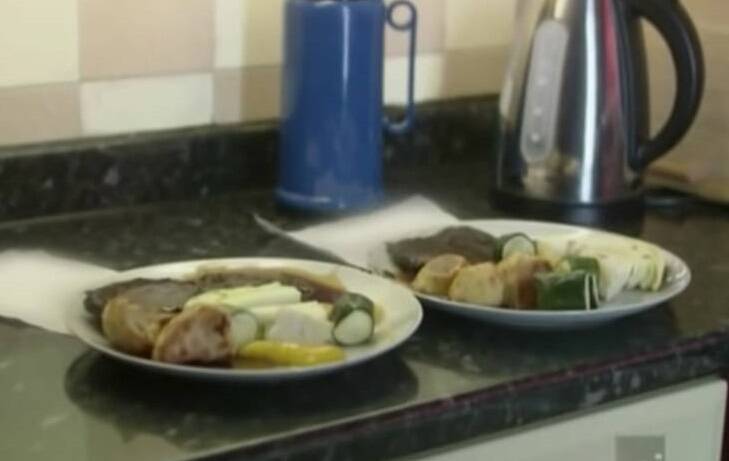 YouTubeA recreation of the Katherine Knight crime scene and the meals she prepared for his children.

On February 29, 2000, Price came home from work and followed his usual routine of checking in with the neighbors before going to bed at 11 p.m. Knight came home shortly after, made herself dinner, watched TV, showered, and then went upstairs. She woke Price, the two had sex, and he went back to bed.

Then, Katherine Knight took a butcher knife from next to her bed — where she had always kept them — and stabbed Price 37 times. According to evidence, he woke up during the attack but could not fight her off.

He succumbed to his wounds and Knight dragged his body downstairs, skinned him, and hung his body from a meat hook in the living room. Then, she decapitated him and cut up pieces of his body to cook in a dish with potato, pumpkin, beets, zucchini, cabbage, squash, and gravy.

She then made a dish for herself, though the half-discarded contents later found at the crime scene suggest that she couldn’t finish her meal. 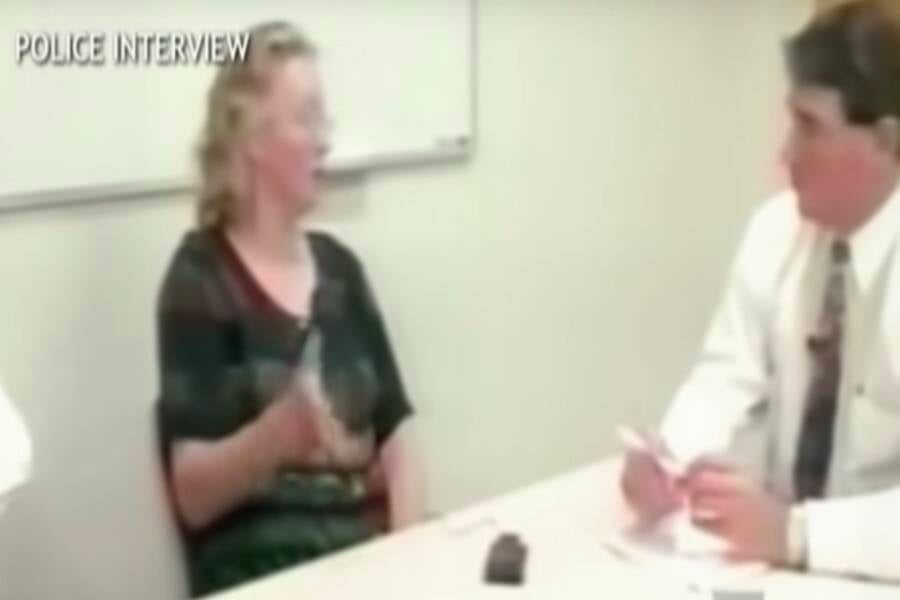 She then lay down next to the headless, mutilated corpse of Price, took a large number of pills, and passed out.

Price’s coworkers heeded his warning the next morning and called the police after he didn’t show up for his shift. The police arrived to find Katherine Knight’s gruesome crime scene and immediately detained the comatose Knight. Once she woke up, she claimed to have no memory of the night before.

In the kitchen, police found Price’s head, boiling in a pot of vegetables on the stove. On the table, they found two full plates, each labeled with a name. In horror, the police realized that Knight had planned to serve John Price’s body parts to his children.

Katherine Knight: “Never To Be Released” 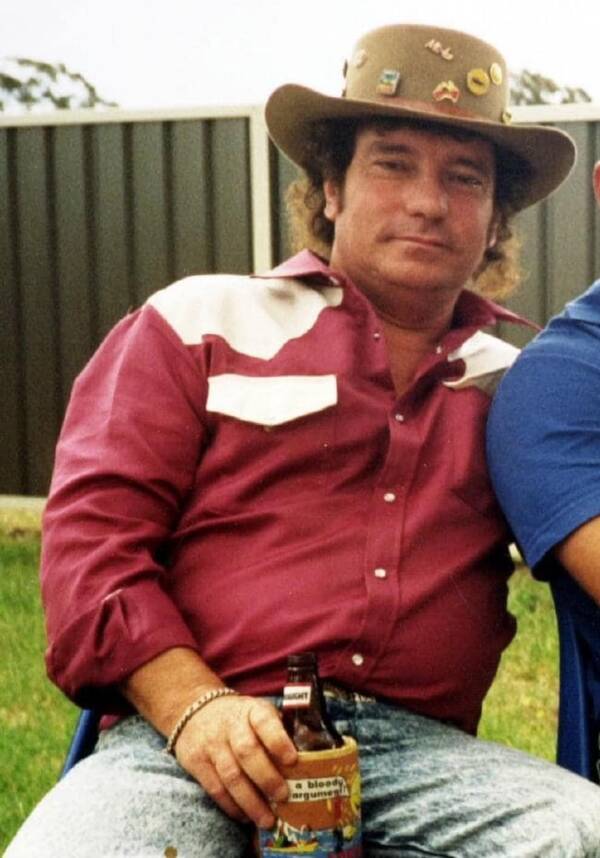 John Price made a decent living as a miner, but then his relationship with Knight changed everything.

Despite her claims that she had no recollection of the night Price died, Katherine Knight was quickly charged with his murder.

In October of 2001, her trial commenced but it didn’t get very far. For reasons that remain unclear, Knight changed her plea to guilty and the judge adjourned the case without testimony.

Knight was the first woman in Australia to receive a life sentence without parole.

She was escorted to prison that day and the judge ordered that her papers be marked “never to be released.” For the first time in history, a woman in Australia was given a life sentence without parole.

To this day, Knight nevertheless maintains her innocence and refuses to accept responsibility for her actions.

Katherine Knight has appealed her sentence before and was denied almost immediately. She is still serving her life sentence at Silverwater Women’s Correctional Centre.

After learning about Katherine Knight, learn about John Wayne Gacy, the real-life killer clown. Then, check out these five terrifying serial killer couples.