Though it was previously believed to be iron, King Tut's dagger is most likely made from meteorite metals. 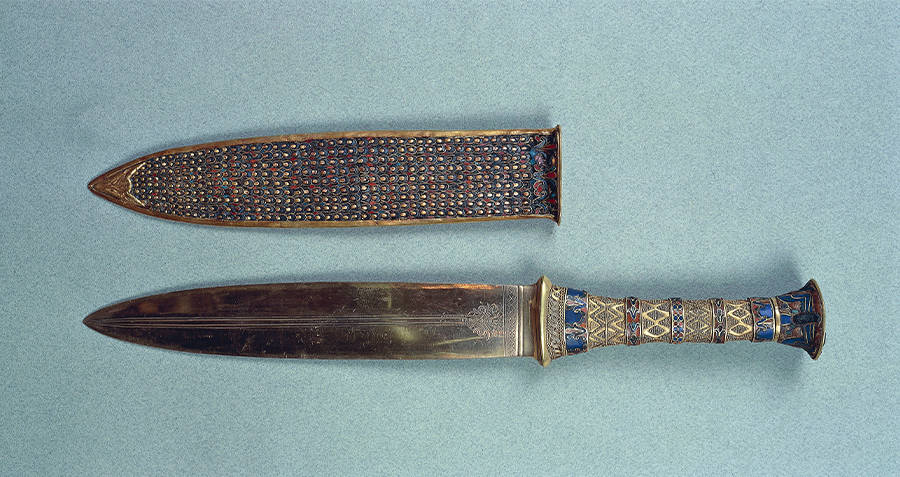 If you’ve ever rolled your eyes at the thought that the Great Pyramids of Giza were built by aliens, a recent discovery might make just a believer out of you.

Last year, researchers discovered that one of King Tutankhamen’s daggers is made from material not found on earth.

The dagger itself was discovered in 1925, three years after the tomb was opened. When English archeologist Howard Carter discovered Tut’s body, two daggers were found hidden in the wrappings.

One of the daggers was made of gold, the other of what Carter thought was iron. Though the gold was potentially more valuable at the time, the iron dagger was what really caught archeologists’ attention.

In the Bronze Age, iron was considered even more valuable than gold, as it was extremely rare. The first reference to iron being used in the Nile Valley wasn’t until long after Tut’s time, in the first millennium B.C.

Because of that, most archeologists agreed that the metal that was used to create Tut’s dagger was most likely meteoric metal, a substance that Tut-era Egyptians referred to as “iron from the sky.”

In the ’70s and ’90s, researchers toyed with the idea that the blade could have come from a meteorite, but their results were inconclusive. However, last year, a team of Italian and Egyptian researchers employed a new technology called an X-ray fluorescence spectrometry to take another look.

Their findings? The blade’s composition of iron, nickel, and cobalt “strongly suggests an extraterrestrial origin.”

A meteorite found in the seaport city of Marsa Matruh, which is 150 miles west of Alexandria, also had a similar composition to the dagger, lending merit to the scientists’ discovery. 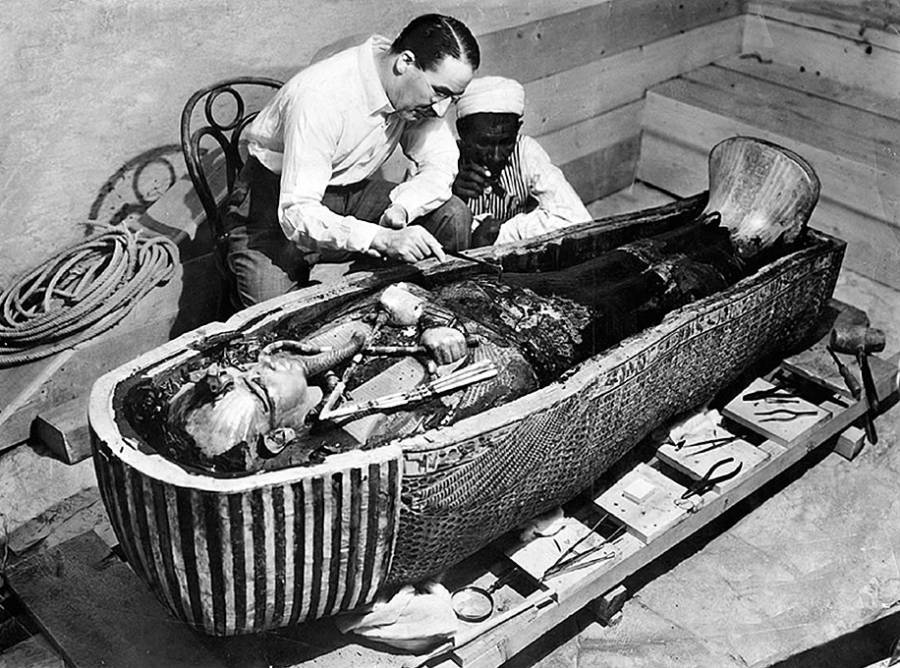 The researchers hope that the discovery will help in the dating of other items found in the tomb, that were previously believed to be iron. They also hope that it will give insight to the other uses of meteoric metals at the time.

Though it may seem impossible that King Tutankhamen’s tomb still holds secrets left to be discovered, the fact is that because it was so intact, there could be enough in there to keep researchers and archeologists busy for a very long time.

Enjoy this article about King Tut’s dagger? Next, read about how King Tut’s curse supposedly killed 9 people who opened on his tomb. Then, check out this photo of Tut’s tomb being opened for the first time.