A suite of complex issues has spelled potentially fatal trouble for Australia's iconic animal -- and experts are unsure of how exactly to grapple with it. 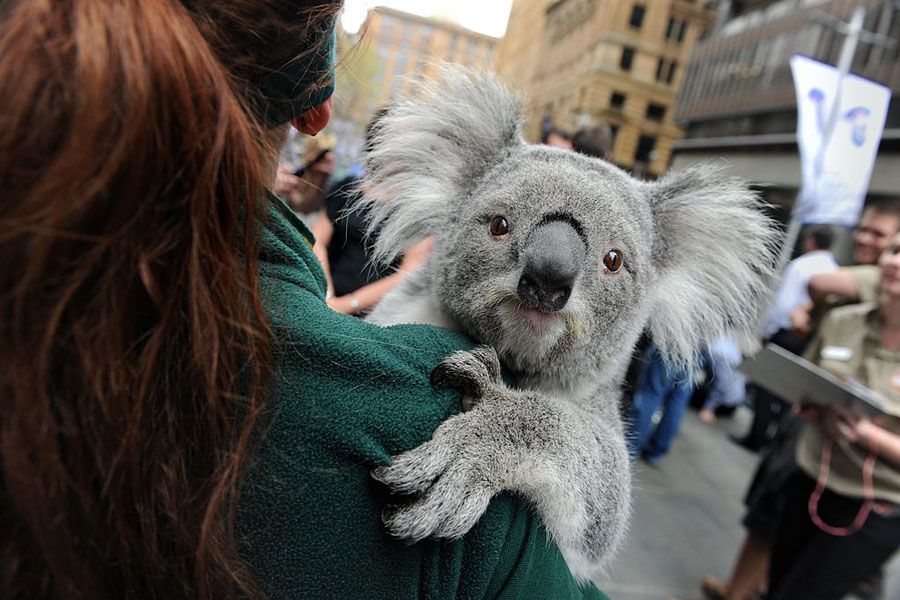 The sleepy, dung-flinging koala we all know and love is fast becoming a vulnerable species. Here’s why, and what’s being done to keep them around:

Experts say that urban development and climate change stand at the roots of koala numbers’ drop to 43,000 in the wild (and “effective extinction” in certain parts of the country). While that number may seem OK on its surface, a little context helps highlight its meaning: In 2012, for instance, the population hovered close to 330,000.

Koalas mainly reside in Queensland, New South Wales (NSW) and Victoria, and a small patch of south Australia. As temperatures warm and droughts increase in these regions, natural habitats suffer and koalas struggle to survive — and scientists say this is unlikely to change as the planet warms.

Beyond changing climates is changing topography: In certain parts of the country where koalas live, the human population grows by 1,000 people per week, and homes take precedent over trees. 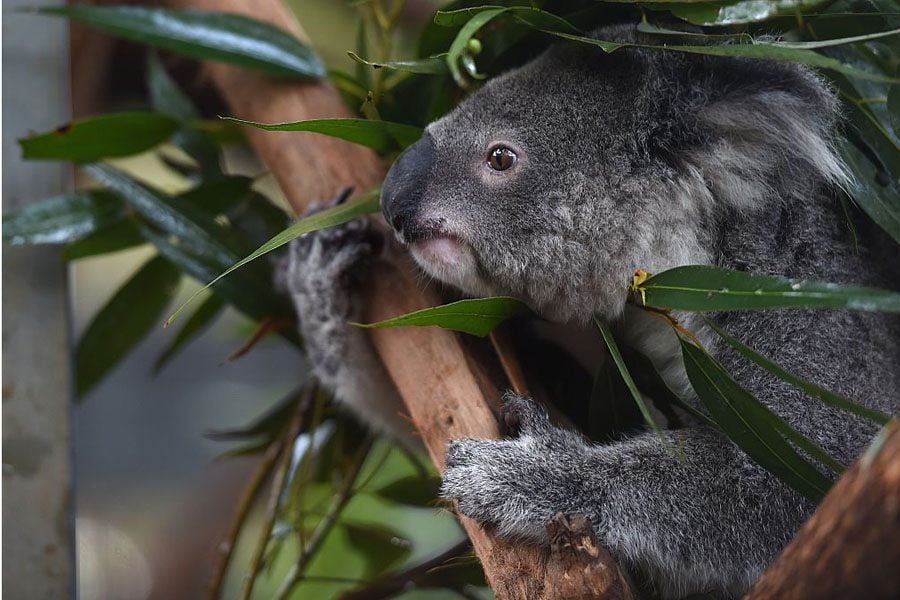 PETER PARKS/AFP/Getty ImagesA Koala who’s paws are permanently damaged from a bush resides at the Koala Hospital in Port Macquarie.

What replaces the trees also proves deleterious to the marsupial. As the koala’s habitat clears, it will wander through developed areas where it can drown in backyard pools, get hit by cars, and even be attacked by dogs. In Queensland, vehicles hit about 300 koalas per year. 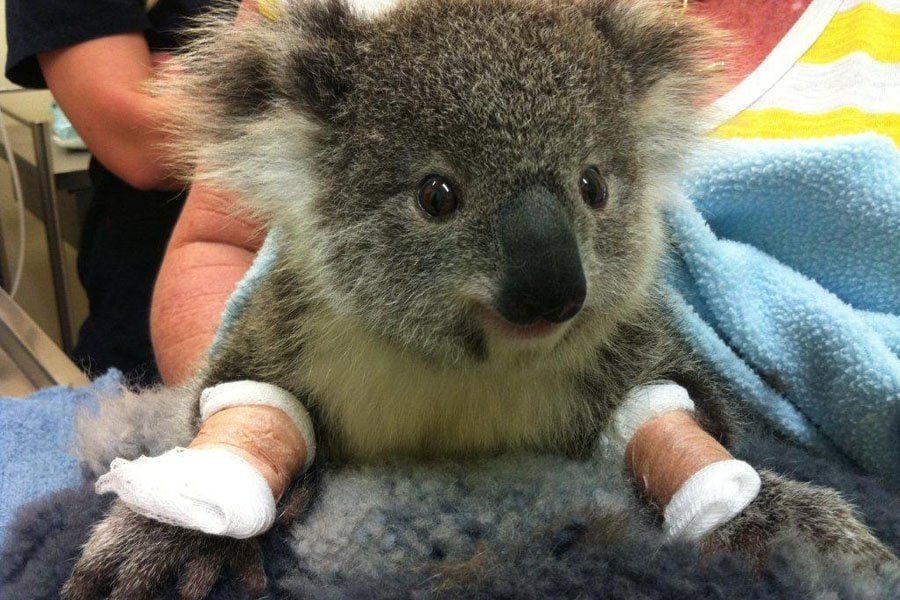 Ausgrid/FlickrA baby koala named Kai that was rescued from power lines, along with his injured mother.

Where human activity doesn’t threaten the koala, its own behavior does. Indeed, as koalas are promiscuous in nature, chlamydia poses a major threat to the species’ future. The infection — which QUT Institute professor Ken Beagley says affects 40 to 70 percent of koalas — spreads quickly and damages their immune systems, and can even cause kidney failure and render them infertile.

In an attempt to control this viral threat, Beagley and fellow professor Stephen Johnston have begun to develop a chlamydia vaccine. “Based on our findings in the koala, we are attempting to develop methods whereby we can either treat the whole animal or the semen sample before natural mating,” says Johnson.

And in a dramatic case of irony, the koala’s practices to ensure species survival may also be hindering their chances of survival. Indeed, during mating season male koalas battle one another, sometimes fatally. Dominant males size up and attack the smaller males, and almost all males have scars on their arms, ears and faces from these altercations. These open wounds, it should be noted, make it that much easier to contract chlamydia.