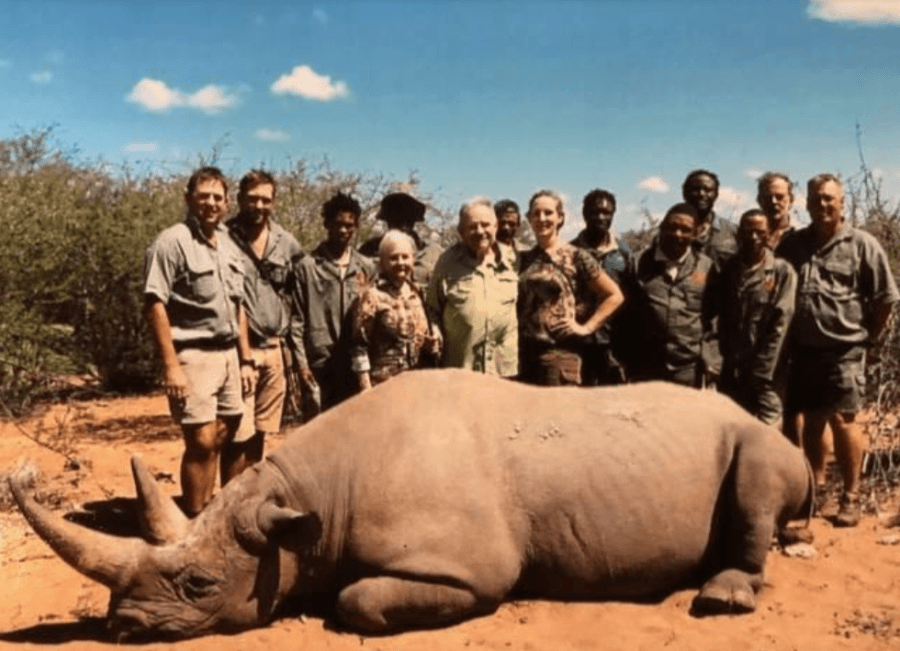 Herald DemocratLacy Harber with his hunting crew and the rhino he killed.

Texas billionaire Lacy Harber killed an endangered black rhino in southern Africa — and now he’ll be allowed to import his trophy back home.

The U.S. Fish and Wildlife Service (FWS) plans to approve the import of the trophy that Harber, 81, collected during a Feb. 2017 hunt in Namibia during which he killed an aging male black rhino, according to The Hill.

Although black rhinos are endangered, Namibia’s government allows up to five animals to be killed during hunts each year, making Harber’s kill perfectly legal.

According to World Animal News, Harber — owner of the Harber Wildlife Museum in Sherman, Texas — plans to mount the body in full for display.

Harber described the rhino that he killed as a 27-year-old male that had been kicked out of his heard and attacked by a number of other black rhinos, according to the Herald Democrat.

“He had turned into a rogue rhino and the Namibian game department had documented that he had killed two females and three babies,” Harber explained. “But they had no money to move him off by himself somewhere. They’re very poor.”

Harber was able to kill this rhino because he’d won an auction at a Dallas Safari Club event in Dec. 2016 after bidding $275,000 for the hunt. The money was given to the Namibian government, which in turn handed Harber the permit that made this particular hunt legal. 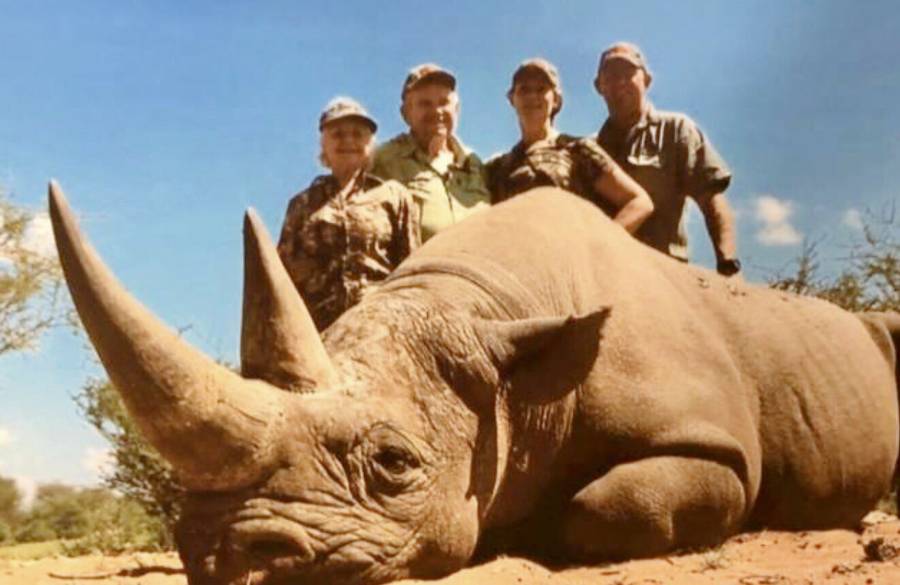 TwitterLacy Harber with the black rhino he killed in Namibia.

Harber made the bid via a representative of the pro-hunting organization Conservation Force, which he also claims is an adviser to the Namibian government. Harber said that his understanding was that U.S. officials would allow for the hunt on the condition that the permit sold for at least $250,000.

Wildlife advocacy groups and animal rights organizations have urged the U.S. government to reconsider the approval of Harber’s black rhino trophy import. Seeing as there are fewer than 5,500 black rhinos left in the wild, the promotion of hunts like the one Harber participated in seemingly further jeopardize the species’ critically endangered status.

Nevertheless, FWS notified Harber of their intent to approve his import request on Sept. 20 and said the official approval would come within the next 10 days.

“I didn’t want that permit,” Harber said in an interview with the Herald Democrat. “I knew there was going to be a lot of controversy about it, but I did that to save the black rhino.”

Anna Frostic, managing wildlife attorney with the Humane Society of the United States said in a statement:

“Approving this permit betrays the core principles of the Endangered Species Act. The Fish and Wildlife Service is endorsing the import of a hunting trophy of an endangered species under the pretense that killing animals promotes conservation.”

Harber, on the other hand, feels very differently about his black rhino kill. Not only has he expressed no remorse for the hunt, but he also claims that he’s become something of a hero in Namibia and believes he’s actually helped to save black rhinos from extinction.

“Now, in Namibia, I am a national hero,” Harber said, per the Herald Democrat. “The Namibian government gave me a medallion and they also gave me documents (saying) where I had contributed… above and beyond what anybody else in the world had ever done to help save the black rhino.” 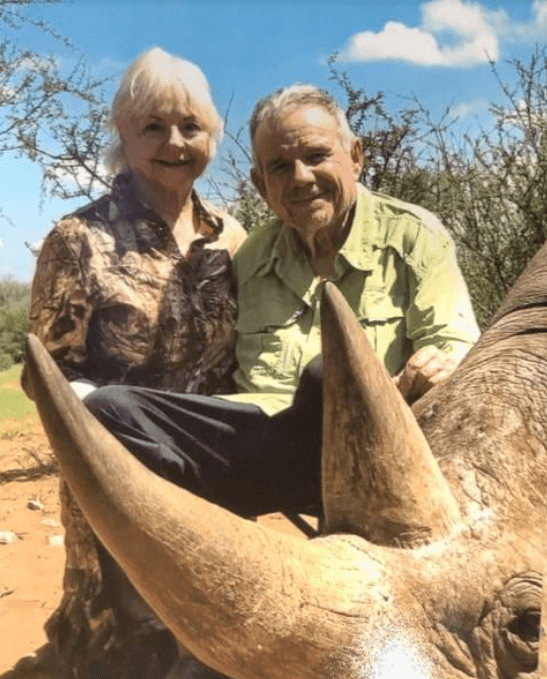 In addition to the $275,000, Harber also said that he donated an additional $20,000 to Namibian anti-poaching efforts, and said that the 4,500 pounds of black rhino meat was harvested and “distributed to needy families.”

For these reasons, both Harber and other hunting enthusiasts claim that their regulated game hunting actually benefits the overall population of the endangered species.

The U.S. government also seems to agree with Harber. As an FWS spokesperson said to The Hill, “Legal, well-regulated hunting as part of a sound management program can benefit the conservation of certain species by providing incentives to local communities to conserve the species and by putting much-needed revenue back into conservation.”

Next, read about the lions that killed and ate a suspected poacher — leaving only his head behind. Then, learn abou the infamous poacher who fell to his death during a hunt.