"These gravity images are revolutionizing our ability to study the least understood continent on Earth—Antarctica.” 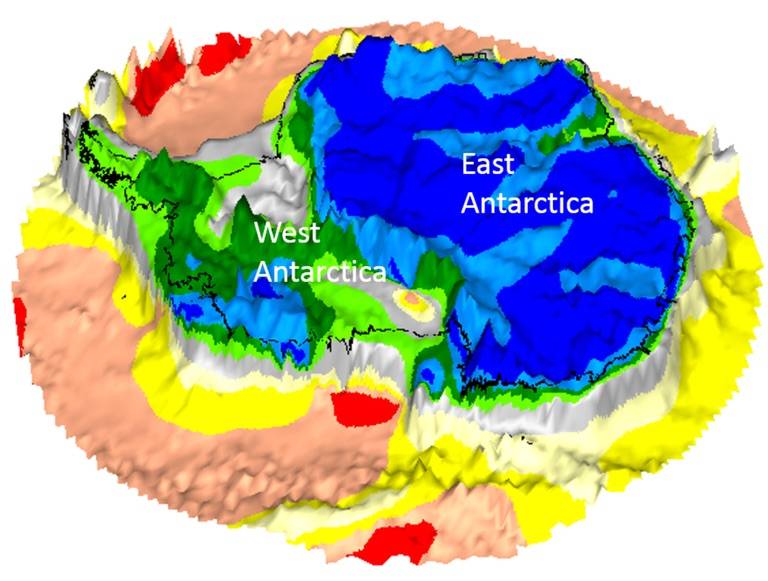 Scientists have just discovered the remnants of an ancient continent deep beneath the surface of Antarctica.

The geological and geographical history of Antarctica has remained a mystery for researchers for decades, but this latest satellite data is changing that.

The ancient continent was discovered via a gravity-mapping satellite. What’s even more remarkable about this discovery is that the satellite from which the researchers retrieved their information has been out of business for five years.

The information came from the Gravity field and Ocean Circulation Explorer (GOCE), a satellite that belongs to the European Space Agency (ESA). This particular satellite, however, has been out of orbit since 2013. Begun in 2009, it mapped out Earth’s gravity field with expert precision for four years but then was destroyed by the space research organization.

Even though the satellite no longer exists, there is still data being collected from it, and it has proved to be of great value to researchers. They’ve been able to use its gravity measurements to map out the Earth’s lithosphere, an outer section of the planet’s internal geology.

“These gravity images are revolutionizing our ability to study the least understood continent on Earth — Antarctica,” said study co-author Fausto Ferraccioli, science leader of geology and Geophysics at the British Antarctic Survey.

The continental remains beneath Antarctica’s surface have historically been difficult to study due to the massive sheets of ice that lie over it. But thanks to these satellite images, researchers have gotten a better idea as to where Antarctica was positioned billions of years ago.

The new research was published in Scientific Reports and detailed the geological history of Antarctica over the past 200 million years. The land movements were also condensed into a 24-second clip.

Video of Antarctica’s plate tectonics over the last 200 million years.

The video illustrates how Antarctica disconnected from what was once the landmass known as Gondwana, a subsection of the supercontinent Pangea. About 180 million years ago, Gondwana began to break up into separate landmasses. These masses eventually moved into their current locations which we now know as India, Australia, and Antarctica.

“In East Antarctica, we see an exciting mosaic of geological features that reveal fundamental similarities and differences between the crust beneath Antarctica and other continents it was joined to until 160 million years ago,” Ferraccioli said.

The research team found cratons, pieces of ancient continental plates, a mile beneath Antarctica’s icy surface which also appeared in Australia and India. This proved that East Antarctica was once attached to these two continents. However, West Antarctica did not display any of these cratons due to its thin lithosphere.

The lost continent beneath Antarctica’s surface not only reveals a more detailed picture of what the construction of ancient continents was, but also provides insight into how the geological composition of Antartica is affecting its icy layers, as well as how those layers will respond due to impending climate change.