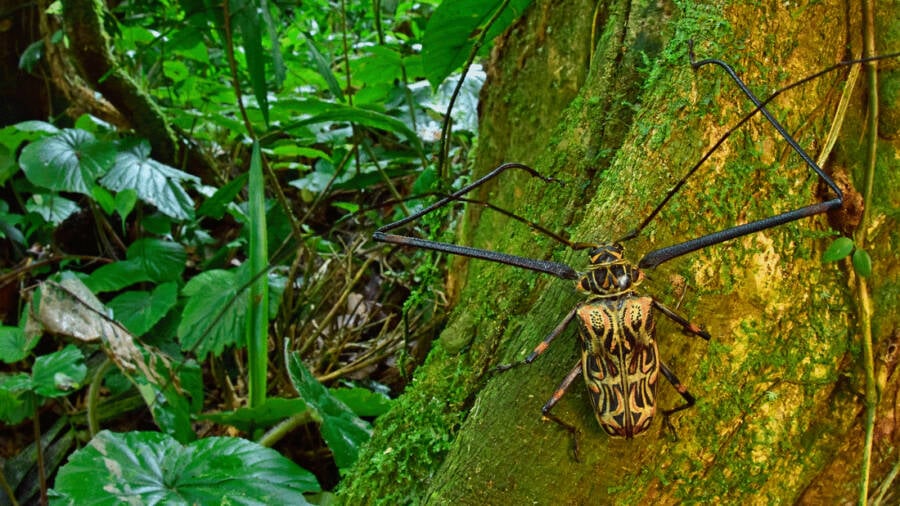 Conservation International“I’m fascinated with the smaller creatures that represent so much of the biodiversity around us,” Larsen explained. Seen here is the male Harlequin beetle.

Conservation International’s Rapid Assessment Program (RAP) spent three weeks trudging through the Mosquitia rainforest in Honduras, and found a treasure trove of rare and endangered species — some of which were thought to be extinct.

According to The Independent, this remarkable ecosystem was located in an ancient settlement known as the “Lost City of the Monkey God,” or “La Ciudad Blanca” (“The White City”).

All in all, the team of scientists discovered 246 species of butterflies and moths, 30 species of bats, and 57 species of amphibians and reptiles. Twenty-two of these had never been spotted in Honduras before, such as the Great Green Macaw. And scientists believe one fish species is entirely new to science.

RAP Director Trond Larsen said he and his team were “shocked” at the sheer amount of animals they found. They even found three species thought to have vanished from the country: the pale-faced bat, the False Tree Coral Snake, and a tiger beetle thought to be entirely extinct.

“The ‘White City’ is one of the few remaining areas in Central America where ecological and evolutionary processes remain intact,” he said. 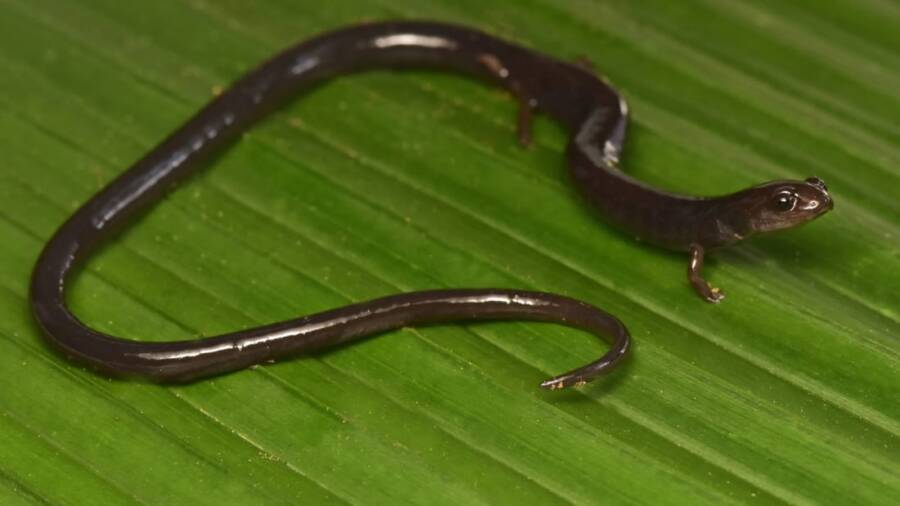 Conservation InternationalThe worm salamander is fairly high on the list of endangered species.

Experts believe an ancient civilization predating the European conquest of the Americas existed in the White City. Explorers spent decades looking for it — made all the more difficult to the region’s lack of infrastructure, abundance of natural predators, and a dangerous presence of drug traffickers.

According to CNN, renowned aviator Charles Lindbergh said he spotted the “lost city” during a flyover in the 1920s. Larsen, of course, actually traversed the region on foot — and got into direct contact with some of the more dangerous elements.

“I was on a walk by myself in a very small tight narrow ravine and turned around and my head lamp illuminated these big glowing eyes — and I didn’t know what it was at first,” he said. “And they came very close to me and I realized it was a big puma.” 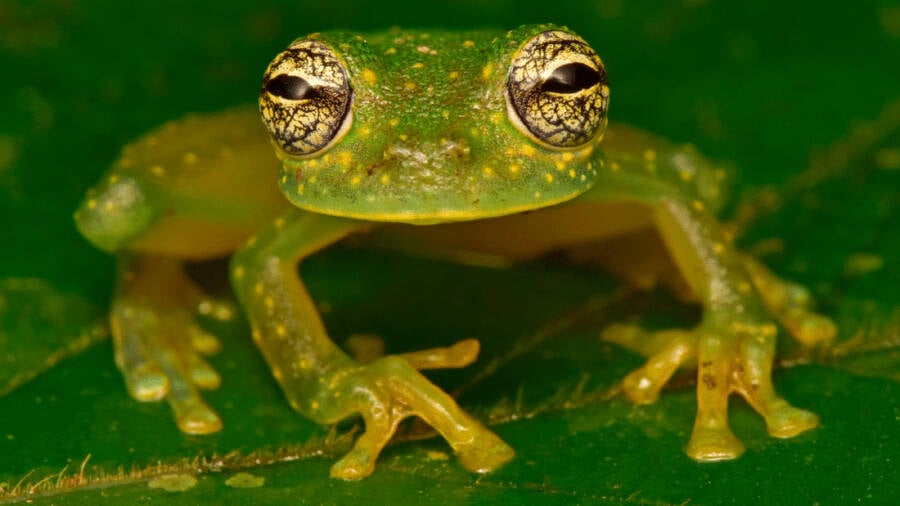 Conservation InternationalThe RAP team spotted a glass frog during its three-week exploration of the region.

For Larsen, the most notable threat to the area was illegal deforestation. Though the White City has been officially protected since 2015, cattle ranching is still resulting in a high amount of destruction.

“One of the main reasons we found such a high species richness and abundance of threatened and wide-ranging species (e.g., peccaries) is that the forests around the White City remain pristine, unlike much of the region,” said Larsen.

“This makes the area a high conservation priority for maintaining the broader landscape connectivity that is essential for the long-term persistence of biodiversity through Central America.” 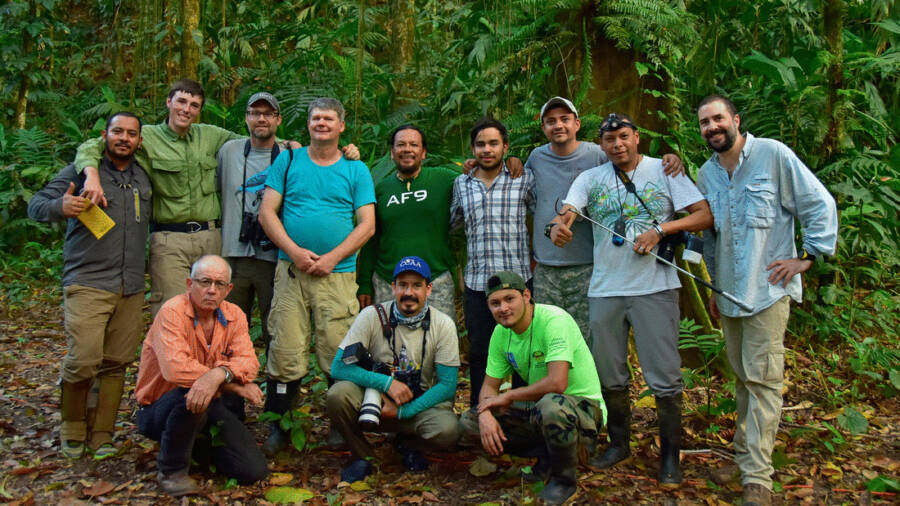 “It’s so exciting to get to visit places where literally there’s so few ways to get there,” Larsen told CNN. “There’s no roads, there’s no logistical infrastructure to access, so you have to helicopter in. And when you do that, you end up visiting places where wildlife tends to be much more abundant.”

“Large groups of monkeys, for example, hang out and try to figure out what you are and what’s going on, there’s an opportunity to see tremendous amounts of wildlife

“There’s big, old-growth trees that you often just don’t see in places that are more impacted by people. So these massive trees that are hundreds or even thousands of years old, that are just overwhelming in size, it’s amazing to see.” 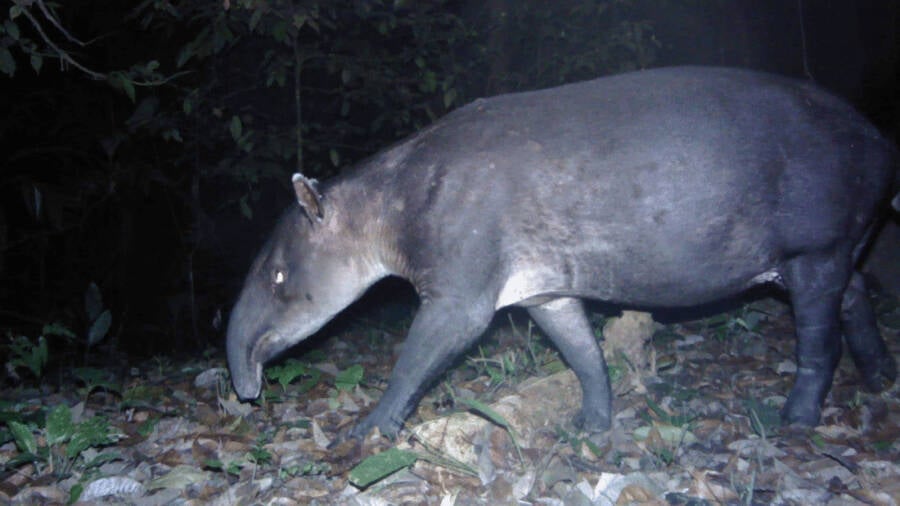 As a member of the RAP’s expedition team, Dr. John Polisar has urged the environmental and political communities to protect this biologically rich and diverse land.

“We have been doing field work in the indigenous territories of La Mosquitia for 14 years, and this site stood out as being simply gorgeous,” he said. “Because of its presently intact forests and fauna the area is of exceptionally high conservation value.”

“It merits energetic and vigilant protection so its beauty and wildlife persist into the future.”

After learning about the abundance of rare, endangered, and seemingly extinct species being rediscovered in Honduras’ “Lost City of the Monkey God,” read about scientists finding the oldest-ever bracelet alongside an extinct human species. Then, learn about the 50,000-year-old extinct lion found frozen in time with its head resting on its paw.