“Whatever happened in the home was by agreement and talk. It was totally by choice."

It was March 12, 2004. A day that had changed everything for a small community in Fresno, California. Two women, along with their friends and relatives, frantically shouted in the front yard of a small home. They demanded that their children be released to them. An enormous man, over six feet tall, tried to calm the pair of anxious mothers. The neighbors called the police after witnessing the commotion outside.

As the police arrived, they believed it to be a normal child custody dispute.

However, the foreboding man with long dreadlocks walked back into the house and locked the door. 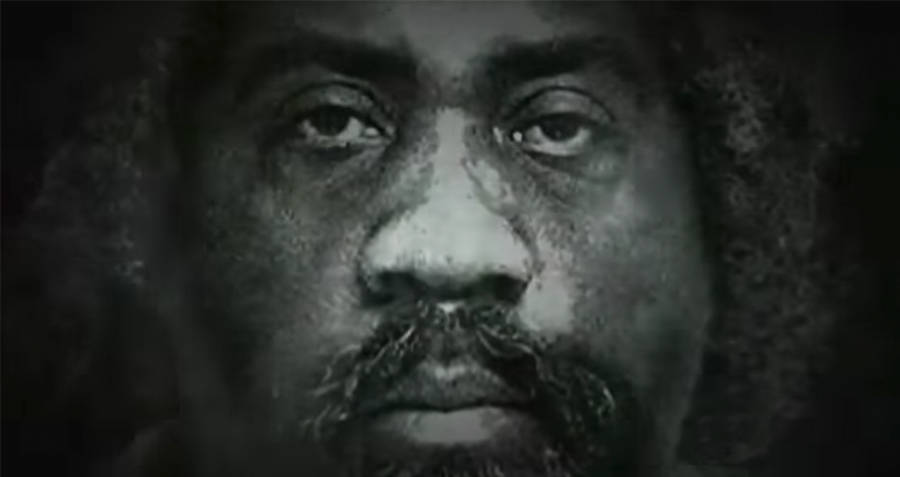 The police demanded that he unlock the door and speak to an officer. That’s when everyone heard the first gunshot. Within minutes, a series of gunshots pierced the air. The police surrounded the house. That same enormous man, Marcus Wesson, covered in blood, calmly stepped outside into the harsh sunlight. He was disturbingly quiet as he was ushered into a pair of handcuffs.

The police were in for a grisly scene as they witnessed nine bodies stacked in the back bedroom of the Fresno home. Seven of the nine victims were children, all under the age of twelve. The other two victims were seventeen-year-old Elizabeth Breani Kina Wesson and twenty-five-year-old Sebhrenah April Wesson. 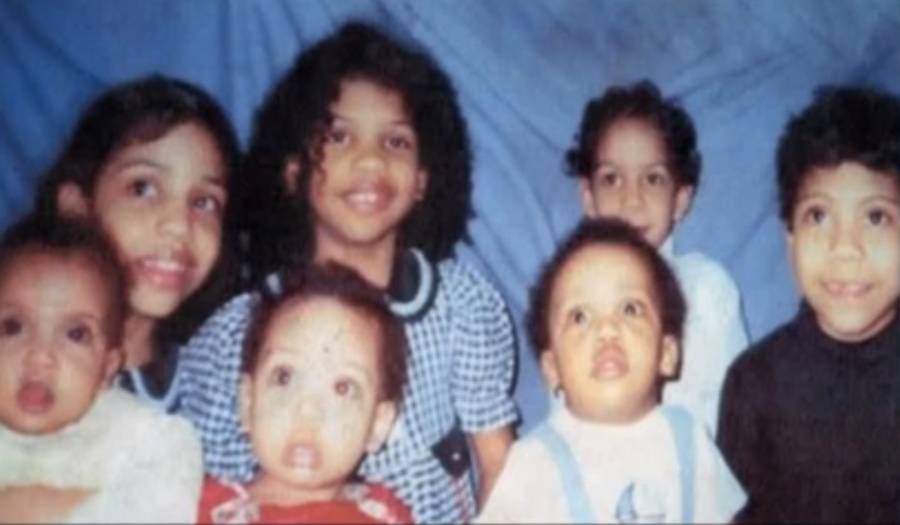 youtube.com/ABC NewsPortrait of seven out of nine children that were murdered. Missing from the image are Elizabeth Breani Kina Wesson and Sebhrenah April Wesson.

The mothers that desperately called for their children on that horrific day were Sofina Solorio and Ruby Ortiz. That man with greying dreadlocks was Marcus Wesson, and those grieving mothers were his nieces. Wesson murdered nine of his children/grandchildren because he believed that he was Jesus and that if anyone tried to separate the family, then “we would all go to heaven.”

Even more bizarrely, Marcus Wesson purported Jesus Christ as a vampire. He surmised that both held the link to eternal life. He wrote in his own homemade bible that, “drinking blood was the key to immortality.” Further reinforcing the Anne Rice lifestyle, Wesson had also purchased a dozen antique caskets for the family, months before the massacre. He had claimed that the funerary items were used for wood and as beds for his children.

Abuse Within The Wesson Clan

The Wesson clan had become infamous in Fresno, California, as the disturbing nature of their history had been slowly revealed.

The family patriarch, Marcus Wesson, was the father/grandfather of all eighteen of his progeny. He maintained an incestuous relationship with his daughters, Kiani and Sebhrenah, and his nieces, Rosa and Sofina Solorio and Ruby Ortiz. Wesson also privately married two of his daughters, and three of his nieces, and produced a number of children with his child brides.

One of the nieces, Ruby Ortiz, testified that Marcus Wesson began molesting her at the age of eight. She said that Wesson had reassured her that the sexual abuse was, “a father’s way to show affection to his daughter.”

By the time Ortiz was thirteen, Wesson informed her that she was at the age to marry him, and that “God wants man to have more than one wife.” He also emphasized that “God’s people are becoming extinct. We need to preserve God’s children. We need to have more children for the Lord.” This led to Ortiz having one child with Wesson, a baby boy named Aviv.

Wesson also had been quite a vehement supporter of Branch Davidian leader David Koresh, who had multiple wives and children. Koresh and nearly 80 followers died in a fire at their Waco, Texas, complex, ending a 51-day siege by federal agents in 1993. 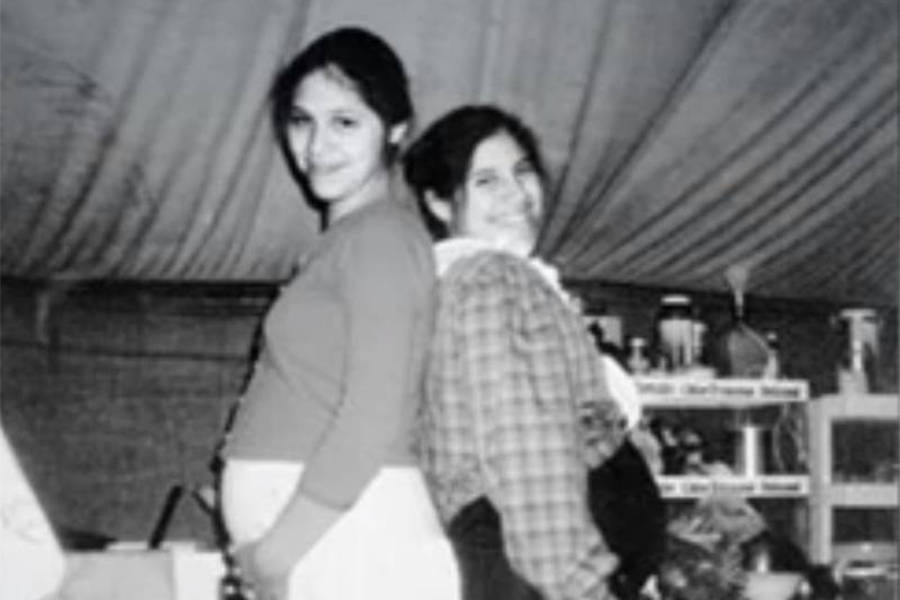 YouTubePictured are Wesson’s nieces: Ruby Ortiz and Sofina Solorio, pregnant with the children of Marcus Wesson – Jonathan and Aviv.

Marcus Wesson’s daughters/nieces, Kiani Wesson, and Rosa Solorio, however, insisted that the women in the household were happy. They had claimed that “Whatever happened in the home was by agreement and talk. It was totally by choice. We had a democratic family… There was never any rape, nothing forcible.”

When asked by the father of their children, the girls had stated that they conceived through “artificial insemination.”

Marcus Wesson did not begin his history of sexual abuse with his daughters and nieces. It had begun when he met his legal wife, Elizabeth Wesson, at the age of eight and married her at the age of fifteen. Elizabeth said in an interview that at eight-years-old, Wesson told her, “I belonged to him. And that I was his wife already.” She spoke further about Wesson’s relationship with her as a child. Wesson had convinced her that: “That she was special. And that the Lord chose me to be his wife.”

By the age of fourteen, Elizabeth was pregnant. And by the age of twenty-six, she had given birth to eleven children. 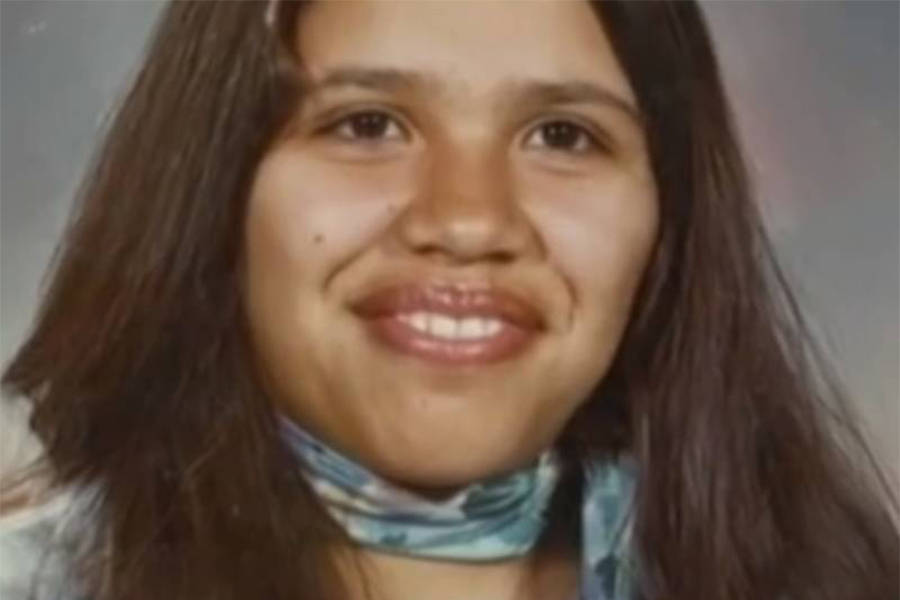 YouTubeElizabeth Wesson as a teenager. She was the legal wife of Marcus Wesson.

Wesson’s sons had a completely different experience than his daughters, as they had claimed that their father raised them as Seventh-Day Adventists, and that, “he’s the best dad anybody could ever have.” One son, Serafino Wesson, expressed disbelief that his father was the killer, as he stated that, “he looks really dangerous … but he’s such a gentle guy, I can’t believe he did it.”

The Wesson sons were raised away from their sisters, as contact between the sexes was discouraged. As a result, the male children of the Wesson clan knew very little about the twisted goings-on between their father and sisters.

And on that fateful day, when Sofina Solorio and Ruby Ortiz had come to knock on the door of the Wesson clan home, they had heard that Marcus Wesson was about to move the entire family to Washington State.

In fear of losing all contact with their children, Sofina and Ruby rushed to demand custody of their sons. When they left their sons in Wesson’s care, they claimed that he had given his word that he would do right by their children. But instead, their entire future was torn apart in a hail of gunfire. And in the ensuing murder trial, Marcus Wesson had been sentenced to be put to death by lethal injection. He currently resides in San Quentin State Prison on death row.

After learning about the horrific crimes of Marcus Wesson, read about the massacre at Jonestown, one of the largest cult massacres of all time. Then, read about the cult of the Branch Davidians, led by David Koresh.