It's 180 feet long, more than 1,000 years old, and might just be one of the most striking finds in all of Mayan archaeology. 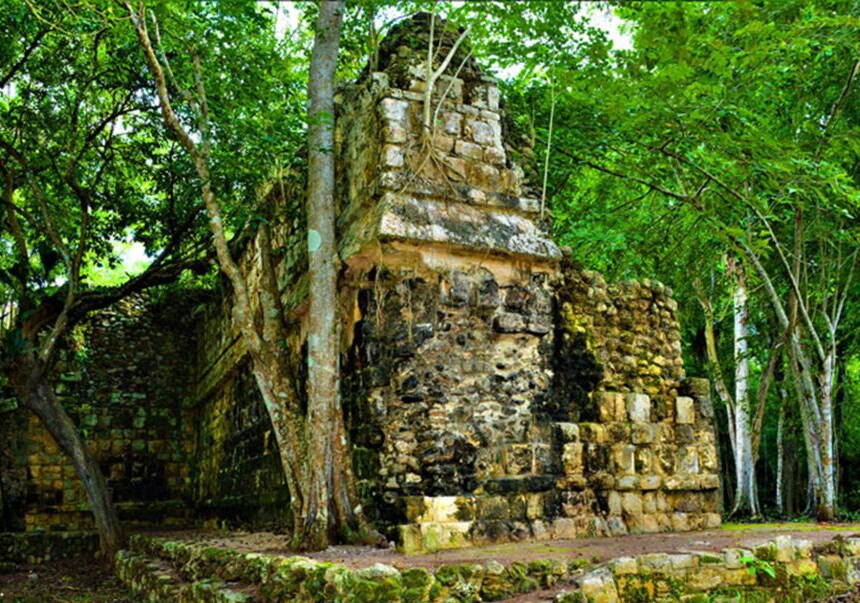 Mexico’s National Institute of Anthropology and HistoryThe exterior of the 1,000-year-old Mayan palace recently found in the Mexican jungle.

According to The Guardian, archaeologists in Mexico just found remnants of a Mayan palace that is more than 1,000 years old in an ancient city west of Cancún.

Found in Kulubá, the palace is part of a vast complex that also includes an altar, a large round oven, two residential rooms — and human remains from a burial site. The impressive building stands 19 feet high, is 49 feet wide, and extends for 180 feet.

The find was announced by Mexico’s National Institute of Anthropology and History on Dec. 24.

Lead archaeologist Alfredo Barrera Rubio believes the palace was used during two eras of the Mayan civilization — the late classical period between 600 and 900 A.D. and the terminal classical between 850 and 1050 A.D. But there’s still much left to uncover.

“We know very little about the architectural characteristics of this region, the north-east of Yucatán,” he said. “So one of our main objectives, as well as the protection and restoration of cultural heritage, is the study of the architecture of Kulubá. This is just the start of the work.”

“We are only just uncovering one of the largest structures on the site.”

Footage of the palace site, courtesy of Mexico’s National Institute of Anthropology and History.

Experts are currently hoping that forensic analysis of the unearthed human remains will yield data that could contextualize these discoveries even further. They hope to determine the sex, age, pathologies, and dietary habits of Kulubá’s Mayan inhabitants.

Meanwhile, the researchers will look to learn more about the structure itself. For now, experts are confident that this palace was used by both priests and government officials during the two aforementioned eras. And they’ve made at least one fascinating conclusion: The building was made to resemble a giant snake.

“In its time, the finishes of this temple would have given the impression of being snake scales,” she said. “This is known because the stone reliefs that the property has in its accesses, resemble the jaws of a ‘monster of the earth.'” 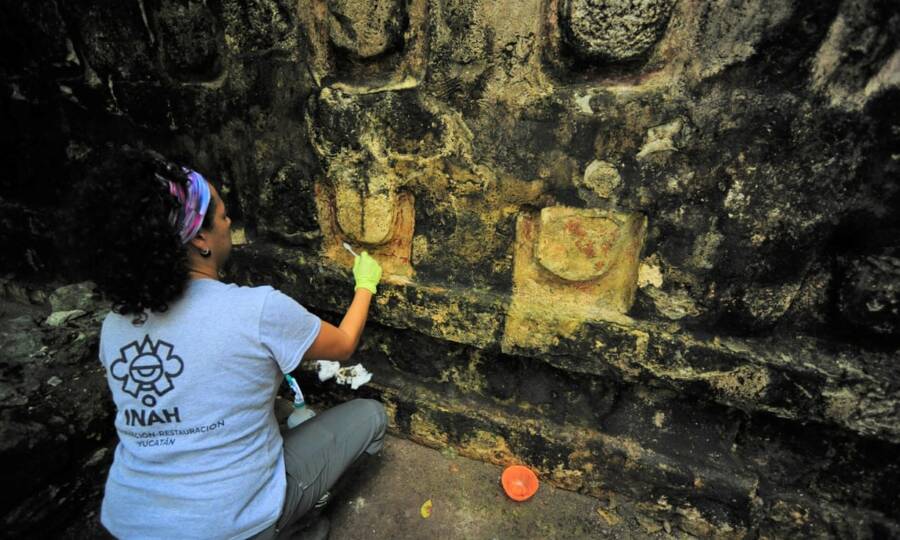 Mexico’s National Institute of Anthropology and HistoryA conservation worker tends to the palace’s walls, which were designed to appear like snake scales.

Though the site was initially discovered in 1939 by American archaeologist Wyllys Andrews IV, the dense forests in the surrounding area essentially enveloped this historical 234-hectare site ever since its discovery.

Rubio and his team are now finally clearing the way with the Yucatán State Government’s financial support. This includes excavations, conservation work, and topographic mapping of the entire area.

As it stands, researchers have made some remarkable progress on the interior, unearthing stairs, corridors with columns, and other finds that have remained hidden from the world for decades at the least, and centuries at most. 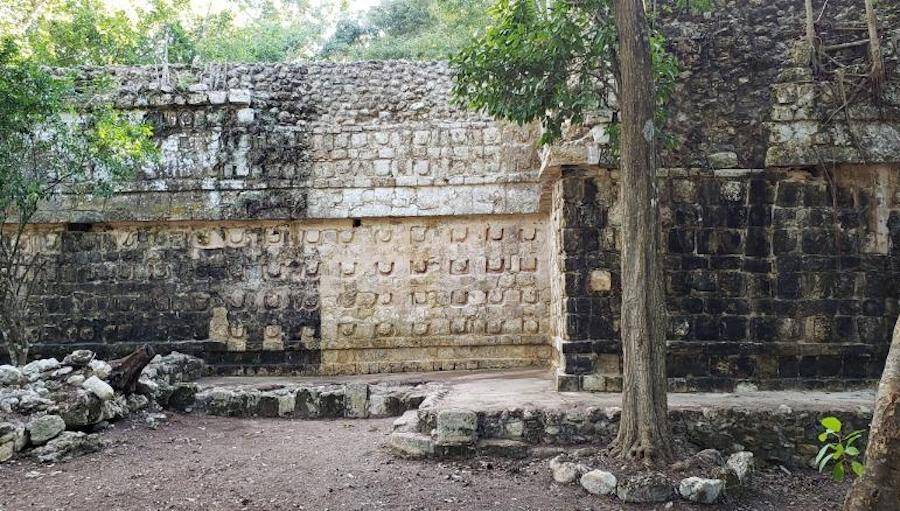 Now that the site has been uncovered in earnest, conservation workers are using the surrounding environment to protect the structure.

“One option that this site gives us is to use the vegetation to help conservation; reforesting specific parts with trees to protect the structures, especially painted sections of the site, from direct light and wind,” said conservation worker Natalia Hernández Tangarife.

If researchers can keep the site viable and protected for long enough, who knows what else they might uncover about the Mayans’ fascinating past.

After learning about the discovery of an ancient Mayan palace in Mexico’s Yucatán jungle, read about ancient ruins older than the Egyptian pyramids discovered in Canada. Then, learn about the lost Mayan “megalopolis” uncovered in the jungles of Guatemala.