After Moms Criticized Monsanto’s Toxic Pesticides, One Monsanto Exec Vowed To ‘Beat The Sh** Out Of Them’

The manufacturer of Agent Orange has been sued by countless plaintiffs alleging their weedkiller caused them harm. These released emails showcase how indifferent Monsanto is. 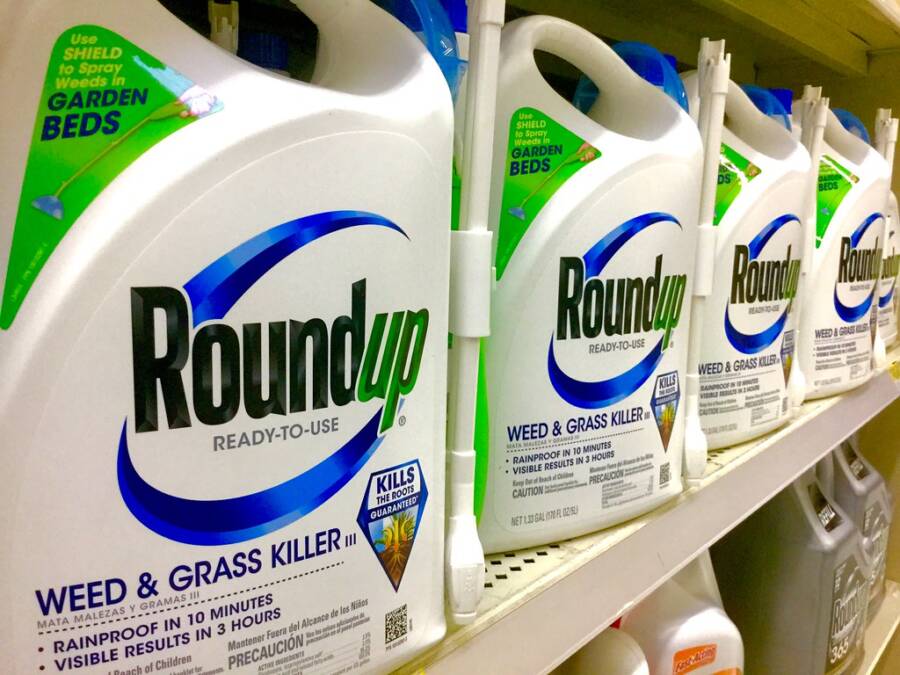 Monsanto — your friendly neighborhood provider of highly toxic pesticides — isn’t only cool with poisoning kids. It wants to “beat the shit out of” moms.

A trove of emails was recently released as part of a litigation investigating the cancer-causing effects of Monsanto’s most popular weedkiller, Roundup. And, per The New Food Economy, some of those emails show just how conniving Monsanto’s plans to defend its signature weedkiller have been.

When Bayer, Monsanto’s parent company, asked research scientists for advice on how to respond to an open letter from Moms Across America — a national nonprofit that campaigns against genetically-modified organisms (GMOs) and harmful pesticides — one biochemist suggested Monsanto “beat the shit out of them and put them on the defensive.”

“I have to say that you are spot on,” responded Dan Goldstein, a Monsanto executive. “I have been arguing for a week to beat the shit out of them and have clearly lost.”

The open letter, posted on June 28, 2013 by Moms Across America’s Executive Director Zen Honeycutt, urged Monsanto to stop selling Roundup-ready seeds. The seeds are genetically modified to withstand sprayings of Roundup, a powerful weedkiller that’s been linked to cancer.

Addressed to Monsanto’s CEO at the time, Hugh Grant (no relation to the actor), it read as follows:

“We know you want to help the world. We ask you to have the courage to acknowledge that GM [genetically modified] practices and Roundup are hurting our world. The auto industry issues a recall when their product is suspected of causing harm. We ask you to recall Roundup…until the consumption and long-term use of such products are proven safe.”

The letter included some controversial claims — like the widely disputed belief by one MIT scientist that glyphosate causes autism and obesity — as well as some slightly less controversial ones, like the fact that the chemical may cause cancer.

The International Agency for Research on Cancer (IARC), which is part of the World Health Organization, concluded in 2015 that glyphosate is probably carcinogenic. The U.S.’s Environmental Protection Agency (EPA), meanwhile, maintains that the chemical is “not likely to be carcinogenic to humans.”

Notably, the IARC relied largely on peer-reviewed studies to make its determination, while the EPA used unpublished regulatory studies and did not look specifically at the risks glyphosate poses to farmers and others who come into to regular, close contact with the chemical.

Honeycutt’s letter did admittedly make some other not-exactly-scientifically-sound claims. She wrote that when the group’s mothers have taken their “children off GMOs, and feed them organic food, their symptoms either disappear or dramatically improve.”

Scientists generally agree that genetically modified food is probably safe to eat — though, admittedly, there’s been a dearth of scientific research on the effects of a GM diet.

And that lack of study is reflected in the public opinion: According to a 2015 poll by Pew Research Center, while 88 percent of scientists believe genetically modified foods are safe, only 37 percent of Americans believe that.

Monsanto executive here discusses "beat the shit" out leaders of "Moms Across America" group that challenged health safety of its Roundup weedkiller. Emails produced in lawsuit related to allegations regarding the weedkiller, AKA glyphosate pic.twitter.com/XjQndmhryI

Five days after Honeycutt posted the open letter, Monsanto executive Dan Goldstein sent it to Wayne Parrot, a University of Georgia crop scientist, and Bruce Chassy, a biochemist at the University of Illinois. Neither scientist was ever employed by Monsanto, but both have received money or gifts from the company: Chassy’s university received $57,000 to fund his research, while Parrot has been paid by Monsanto to travel to conferences “on a few occasions.”

“Monsanto is considering response options,” Goldstein wrote to them. “In the longer haul this suggests a child health focus for the anti-GMO campaigns in the future. Or perhaps I should say it is confirmative as all three of us have watched the evolution in this direction over the past several years. Any advice or ideas for responses would be gladly accepted.”

Parrot suggested that the bottom line was that Monsanto needed to “start defending yourselves” — a point Chassy doubled down on.

“The anti-GM crowd has very cleverly out-flanked the naive belief that providing good science-based information will win the day,” Chassy wrote. “They have published papers, bad papers but they don’t care. They have filed lawsuits, flawed suits but they don’t care. The funniest part about the letter is how it says my children got better when I fed them organic. There you have it. That’s your enemy. Beat the shit out of them and put them on the defensive and you won’t have this problem.” 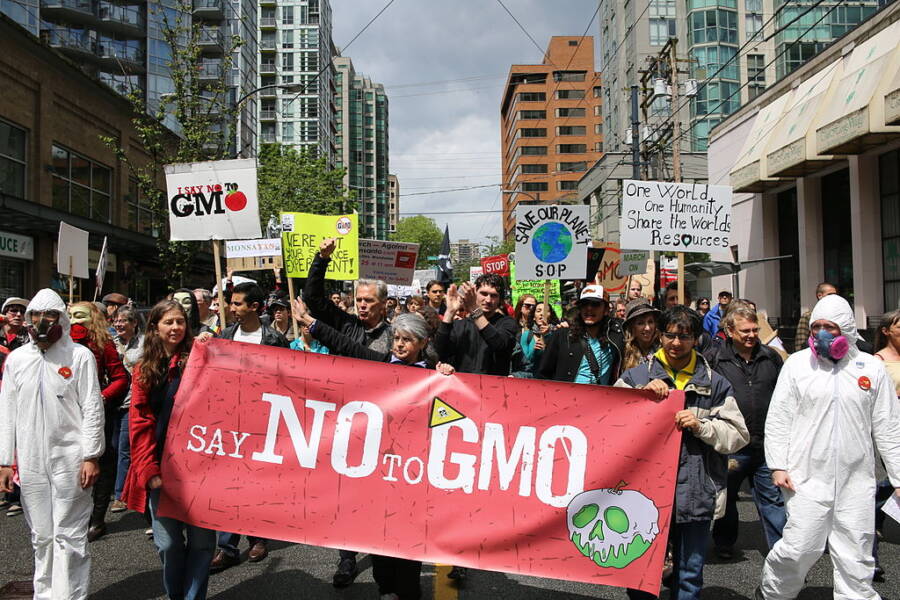 Wikimedia CommonsThe annual March Against Monsanto protest, in which citizens in cities across the world protest against the chemical giant’s products and ruthless tactics. Vancouver, Canada. 2013.

“I have to say that you are spot on,” he replied to Chassy. “I have been arguing for a week to beat the shit out of them and have clearly lost. We don’t want to be seen as beating up on mothers, nobody will listen to it anyway, it has to be done by third parties, it’s an industry problem not a Monsanto problem…I have heard it all this week.”

“You can beat up the organic industry that paid for and wrote that letter,” wrote Chassy. “With a little imagination you can even make it fun. For example, Stonyfield Farms campaigns against GMOs, and they are owned by Danone. So here we have a French company spending millions to bash an American company in America. Wow could I do something with that on the 4th of July.”

This was back in 2013, before Monsanto’s prospects started getting bleaker. In 2018, former groundskeeper Dewayne Johnson sued Monsanto for causing his non-Hodgkin’s lymphoma. 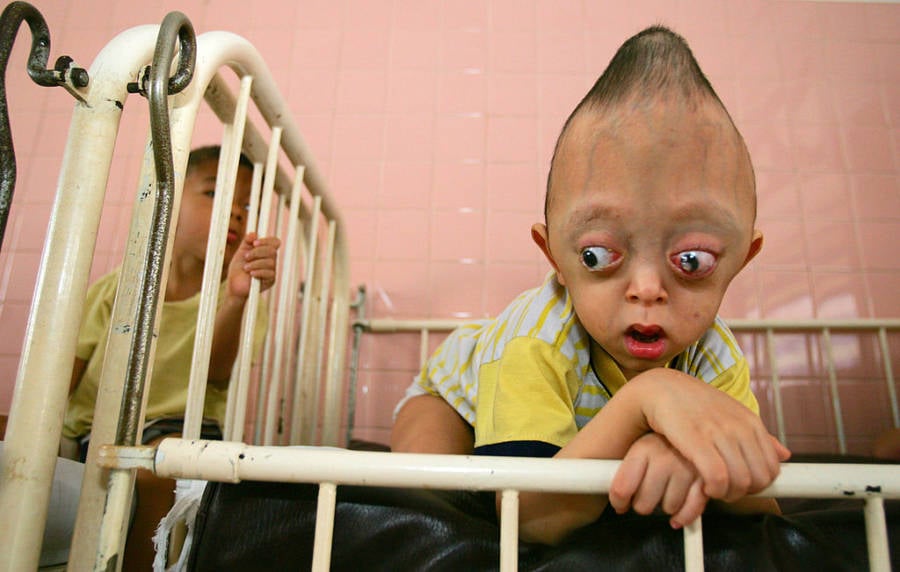 A jury awarded him $289 million (later reduced to $78 million) after it found that Monsanto actively obfuscated Roundup’s health risks. There are currently thousands of other plaintiffs waiting to get their day in court for the exact same reason: they believe glyphosate-based weedkillers caused their life-threatening diseases.

In addition to the damning emails, the newly released files include transcripts and test results. These have demonstrated Monsanto’s purposeful suppression of information relating to glyphosate’s detrimental effects — since 1979.

They’ve also revealed how Monsanto kept tabs on journalists, discredited them, and considered legal action against outspoken critics such as Neil Young. Most troubling is the revelation that Monsanto itself, wasn’t sure about the herbicide’s safety.

Monsanto toxicologist Donna Farmer told a spokesman in 2014 that the company’s promotional copy about glyphosate “cannot say it is ‘safe’…we can say history of safe use, used safely, etc.”

A Deutsche Welle segment on Monsanto and its controversial Roundup weedkiller.

The company famously helped manufacture Agent Orange, a toxic chemical used by the U.S. military in Vietnam, which led to birth defects and diseases in an untold number of people.

Coincidentally, the EPA will conclude its routine assessment of glyphosate in September. The assessment was originally slated to wrap up in May, but the agency extended the deadline to allow for more public comments. Opposition to the chemical has been sizable.

A petition to increase glyphosate use, for instance, received 11,000 negative comments in a span of 48 hours. Even Goldstein seemed shaken by this type of response in his dialogue with Parrott and Chassy.

“We are on the way to being corporate road kill,” he wrote. “It will not be a pretty sight, but all I can do is stand by and watch.”

After reading about the Monsanto emails revealing its strategies to discredit journalists and push glyphosate-based herbicides, see about scientists grew a beating human heart from stem cells. Then, learn the unbelievable true story of America’s Radium Girls.