First Private Spaceflight In History Will Launch Next Year 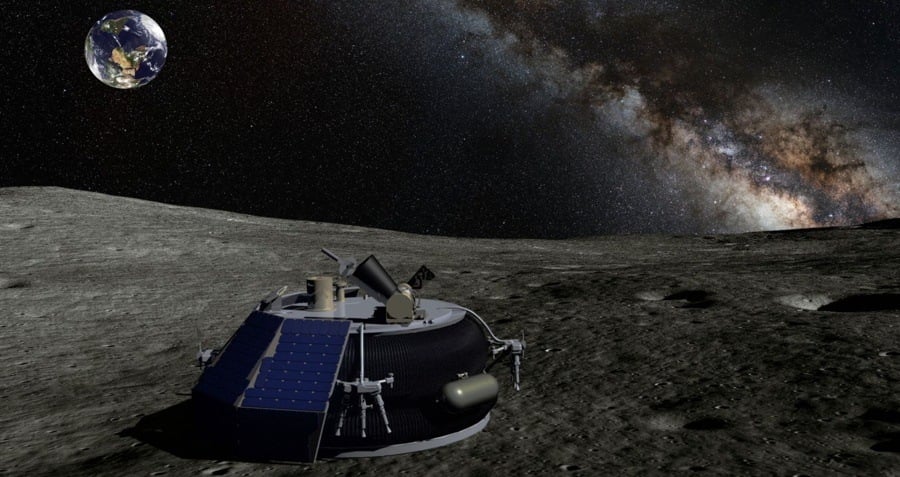 Today, California-based company Moon Express became the first private enterprise in history to be granted government approval to launch a mission beyond Earth’s orbit. Just next year, in fact, the company aims to land a robotic spacecraft on the moon — for reasons that surely point the way toward the next era of spaceflight.

To be sure, Moon Express is anxious to get its craft on the moon next year because that will almost certainly bring them victory in the Google Lunar XPrize, a competition Google launched in 2007 that will give $30 million to the first private firm to land a craft on the moon.

Beyond being “first,” Moon Express — like so many other private firms and national governments — has its sights on the moon’s natural resources, valued in the trillions of dollars. In the words of CNBC:

“The moon is a treasure chest that has vast amounts of iron ore, water, rare Earth minerals and precious metals, as well as carbon, nitrogen, hydrogen and helium-3, a gas that can be used in future fusion reactors to provide nuclear power without radioactive waste.”

China, for one, has already announced its intentions to attempt to mine the moon’s helium-3, a resource that could revolutionize the energy industry and whose value is thus perhaps incalculable.

With so many valuable resources at stake and so much intense competition for those resources on the horizon, lawmakers are now scrambling to regulate the virtually untouched frontier that is outer space.

Last November, President Obama signed the Commercial Space Launch Competitiveness Act, which essentially gives private companies the rights to any materials they collect in outer space. However, the United States is also subject to the Outer Space Treaty, a 1967 agreement between 104 countries that mandates government control over any space missions.

That means the U.S. government needs to move quickly to define the rules and regulations of a mission like the one about to be undertaken by Moon Express — and it doesn’t look like they’ll be ready in time.

“The great news was there is a regulatory process in the works,” Moon Express CEO Bob Richards told The Verge. “The bad news is we had zero confidence that the regulatory framework would be ready in time for our mission in 2017. Ironically you had a great ‘space resources’ act that says you can own what you get, but we’re in a situation where you can’t launch to go get it.”

For now, Moon Express and the U.S. government have worked out a temporary patch of sorts that allows the former to carry out its mission as long as it keeps the Federal Aviation Administration well informed, doesn’t contaminate the moon in any way, and respects other nations’ lunar missions present and past — “Don’t do wheelies over Neil’s footprint,” joked Richards.

While this arrangement may work for now, the U.S. government needs to hammer out a more permanent solution for extraterrestrial regulation if it wants to keep up with the cadre of innovators coming in on Moon Express’ heels.

After Moon Express launches its lunar craft in 2017, SpaceX plans to send a craft to Mars the following year, and Bigelow Aerospace even wants to launch space hotels in 2020. All in all, lawmakers had better soon realize that the future is now.

Next, see exactly why so many people think the moon landing was a hoax. Then, check out this Apollo 17 photo that shows the very last person ever on the moon.