"People would make devotional offerings in the form of animals as mummies. This would have more potency as a blood sacrifice, compared to stone or wooden images." 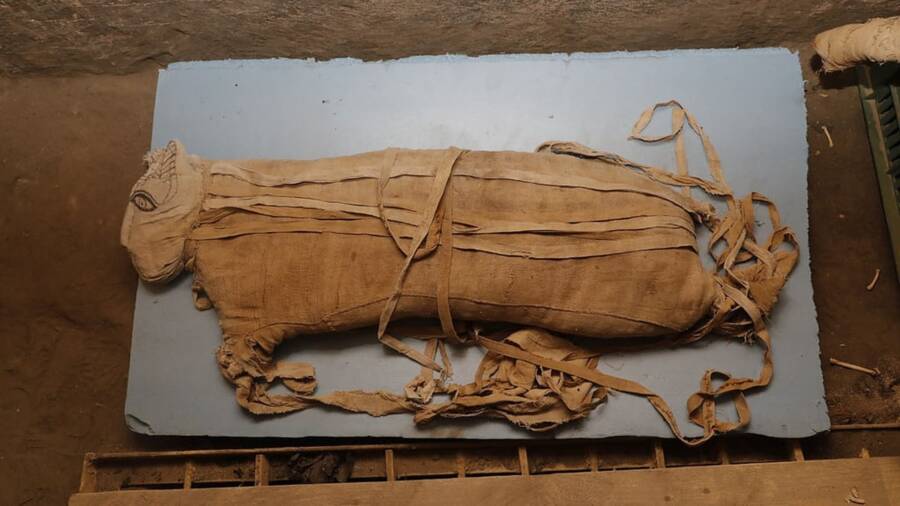 Egyptian Ministry of AntiquitiesA large mummified cat, most likely a young lion. This was one of the many animals found at the Saqqara necropolis.

Egyptian authorities have unveiled a trove of mummified animals and statues in remarkable condition. According to The Guardian, the discovery was made near the remains of a mummified adult lion that was found beneath the Saqqara necropolis in 2004.

The findings include mummified big cats, cobras, and crocodiles. There are dozens of mummified cats, 75 wooden and bronze cat statues, mummified birds, and even a mummified beetle three to four times bigger than usual. Experts say the haul dates back to the seventh century B.C.

Of the five large mummified wildcats, two have been identified as lion cubs. Meanwhile, three of them have yet to be identified. Head of Egypt’s Supreme Council for Antiquities, Mostafa Waziry, isn’t too concerned. He’s one of many who believe this stunning cache of relics will boost tourism to the country.

“If it’s a cheetah, a leopard, a lioness, a panther — whatever, it will be one of its kind,” he said. 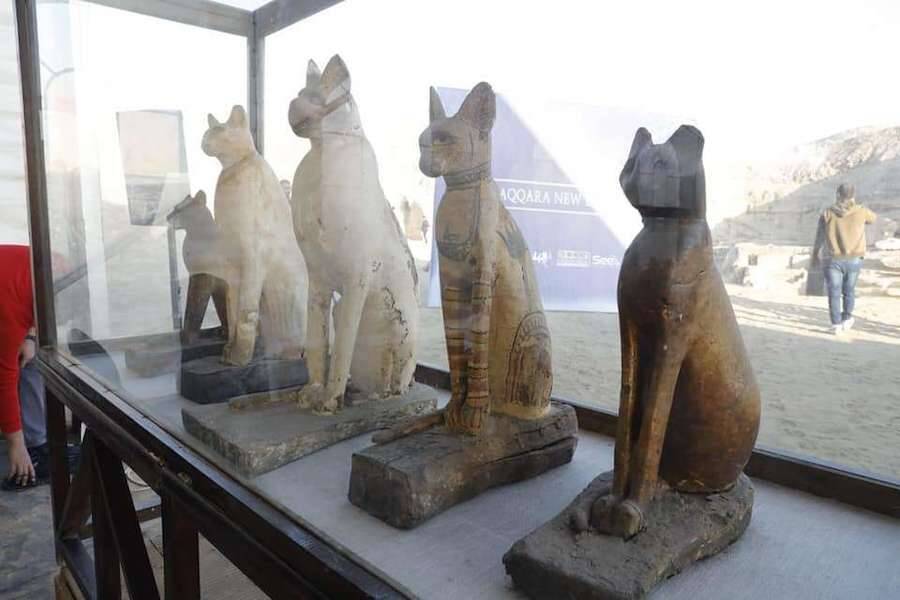 Egyptian Ministry of AntiquitiesThe trove reportedly dates back to the seventh century B.C. and boasts an impressive amount of cat statues.

To his point, this archaeological find is more than a mere unearthing of ancient relics — it provides insight into the religious, cultural, and social lives of those who routinely mummified animals or made statues of them.

“People would make devotional offerings in the form of animals as mummies,” said Dr. Salima Ikram, an Egyptologist and mummy expert at the American University of Cairo. “This would have more potency as a blood sacrifice, compared to stone or wooden images.”

It’s largely agreed upon in the field of Egyptology that these ancient worshippers either believed these mummified animals were deities themselves, or actively mummified them as ritualistic offerings to the gods.

Ikram leans toward the latter. She called this discovery “one of the most exciting series of finds in the world of animal mummies ever.”

According to IFL Science, officials also found numerous statues depicting Sekhmet, the lioness goddess, as well as Neith, the goddess of war. In terms of animal statues, the rest consisted of bulls, mongooses, ibis, falcons, and the ancient Egyptian god Anubis in animal form. 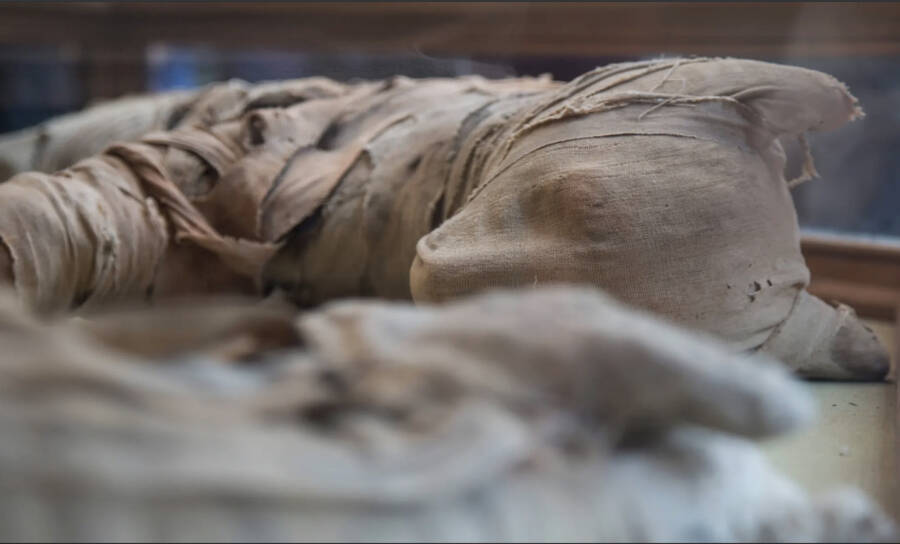 Egyptian Ministry of AntiquitiesIt’s largely agreed upon that animals were mummified either as offerings to the gods, or because they were worshipped as gods themselves.

It isn’t just the historical appeal that has officials so enthused about the find. Tourism to Egypt has not been what it once was — with 2010 marking 14 million visitors, but the 2011 revolution against Hosni Mubarak plummeting chances of those figures in the years since then.

Now, with the Grand Egyptian Museum near the Saqqara necropolis set to open in 2020, there simply couldn’t be a more fortuitous time to unearth such a trove of globally appealing relics. They will most likely be on display when the time comes.

Although Egypt has been aggressive and harsh toward anti-government protests and their demonstrators — arresting 4,427 people in September — tourism seems to have risen substantially. In 2018, 11.3 million people visited the country.

Naturally, those eager to boost that figure by three million additional people hope that it’s an inherent love of ancient Egyptian culture, relics, and artifacts that will do the job. For now, there are three large mummified wildcats ready to be analyzed.

After learning about the dozens of mummified animals and statues discovered in Egypt, read about a new study that suggests Ancient Egyptians hunted crocodiles specifically so they could mummify them. Then, learn about the 5,600-year-old mummy that revealed the oldest Egyptian embalming recipe ever found.