Why Muslim Refugees Are Converting To Christianity 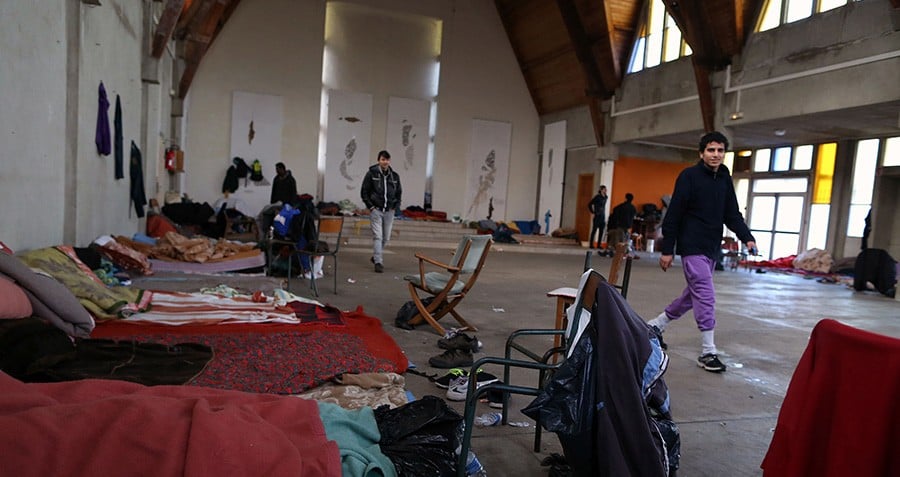 CHARLY TRIBALLEAU/AFP/Getty ImagesMigrants from Syria and Afghanistan walk in a former church where 60 migrants now live, on March 3, 2016 in Cherbourg-Octeville, France.

As the refugee crisis continues, increasing numbers of those arriving in Western European countries are converting to Christianity, the Guardian reported.

While hard data on precise conversion rates remain unavailable, churches throughout the region have offered anecdotal evidence which suggests “a pattern of rising church attendance by Muslims who have fled conflict, repression and economic hardship in countries across the Middle East and central Asia,” the Guardian added.

As with anyone converting to a new religion, the incentives and reasoning behind the switch vary from case to case.

Some say it stems from disillusionment with the way Islam has been used in their home countries. “In many cases, [asylum seekers] grew apart from Islam after seeing it politicized or misused,” said Jörn Thielmann of the Erlangen Center for Islam and Law in Europe.

Reverend Sally Smith of Stoke-on-Trent, England’s St. Mark’s Church believes it has to do with a desire to belong to a community again.

Still, Smith — like some skeptics — concedes that refugee conversions to Christianity might have to do with the belief that that will aid in the asylum application process. Under European Union rules, migrants are not deported if they face persecution at home for being religious converts.

That’s what Afghan asylum seeker Daoud Rahimi told NPR. In order to avoid deportation, Rahimi said he “might convert” to Christianity. However, he says the switch is motivated by fear, not greed.

“If my country were safe, [returning] wouldn’t be a problem,” Rahimi said. “But it isn’t, and if I return, my life will be in danger.”

In order to ensure that those interested in converting are fully invested in becoming Christian — not just in avoiding deportation — some churches have implemented formalized preparation periods. At the Liverpool Cathedral, for instance, the Guardian reports that the church registers asylum seekers when they first arrive for evidence on an asylum application, after which point they offer five sessions of baptism preparation and 12 sessions of confirmation preparation.

That’s not to say Western European churches’ motivations for offering conversion are pure, either. As religion is on the decline in the West, some critics suggest that these to-scale conversions are self-interested and border on abuse.

“It is taking advantage of people in weak positions and it’s all about the figures,” Pastor Gerhard Scholte of the Reformed Keizersgracht Church, who also leads the refugee task force of combined Amsterdam churches, told the Daily Beast. “That is abhorrent to me.”

That’s why at Scholte’s church, he prefers not to offer conversion “unless it saves lives.”

Still, that both the Church and asylum seekers may benefit from conversion does not bother some pastors. In fact, some religious leaders say that the most challenging aspect of it all is how the converted asylum seekers are treated after the fact.

“My biggest challenge has been the attitude of some of the people within the church,” Smith told the Guardian. “I have had a lot of opposition. Criticism, negative attitudes and trying to undermine the work that we are doing – that’s from the white British congregation.

Others suggest that the Church should keep its doors open for all, regardless of their incentives for entering.

“There are many people abusing the system – I’m not ashamed of saying that. But is it the person’s fault or the system’s fault?” Mohammad Eghtedarian, an Iranian refugee who converted to Christianity and was later ordained, told the Guardian.

“People are desperate for a better life and sometimes they will lie for it…The only person who knows what’s in people’s hearts is God. It is not for me to judge.”

Next, check out this incredible interactive map revealing what exactly the wave of refugees entering Europe look like from on high. Then, have a look at this stark gallery of Syrian Civil War photographs.