Sacagawea: The Shoshone Interpreter Who Led The Lewis And Clark Expedition 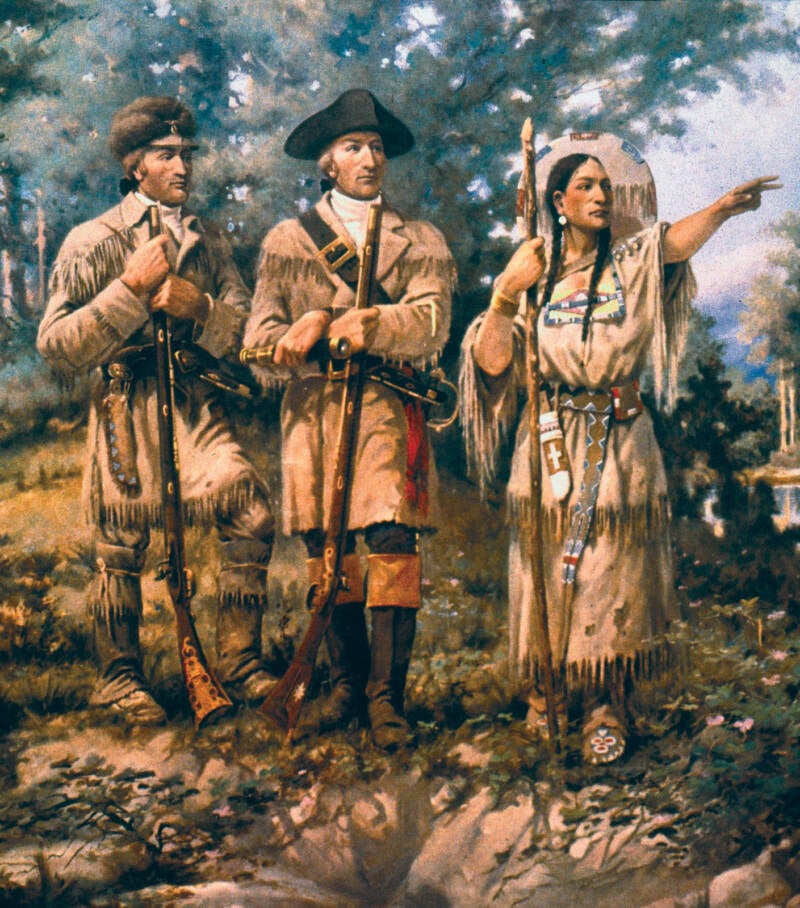 Public DomainSacagawea, as depicted on a mural alongside Lewis and Clark at the Montana House of Representatives.

When Meriwether Lewis and William Clark set out in 1804 to explore lands past the Mississippi River, they enlisted a French-Canadian trapper named Toussaint Charbonneau to be their interpreter and guide. Charbonneau brought along his 16-year-old wife, a Native American teenager named Sacagawea. In the end, she proved much more vital to the mission.

Before joining up with Lewis and Clark, Sacagawea had had a painful life. She was born to the Shoshone tribe around 1789 but was later kidnapped by a rival tribe, the Hidatsa. They eventually sold her to Charbonneau.

By the time Lewis and Clark appeared on the scene, Sacagawea was heavily pregnant. She gave birth to her son in February 1805, strapped him to her back, and joined up with the exploration party.

There, she proved indispensable. Her mere presence helped discourage attacks by other Native Americans, who saw her and her baby as a sign that Lewis and Clark were on a peaceful mission. Plus, she could also interpret Hidatsa and Shoshone languages, and identify edible plants and roots.

“The men who were complaining of the head ake and cholick yesterday and last night are much better to day,” Clark wrote in 1806. “[Sacagawea] gathered a quantity of fenel roots which we find very paliatiable and nurushing food.”

She proved herself in other ways as well. When a boat flipped during a river crossing, Sacagawea not only saved herself and her son from drowning but also managed to gather important documents that had fallen into the water.

“The Indian woman… has been of great service to me as a pilot through this country,” Clark wrote.

But despite her invaluable work, Sacagawea received little more than recognition. After parting ways with Lewis and Clark, Charbonneau received $500 and 320 acres of land. Sacagawea did not get anything.