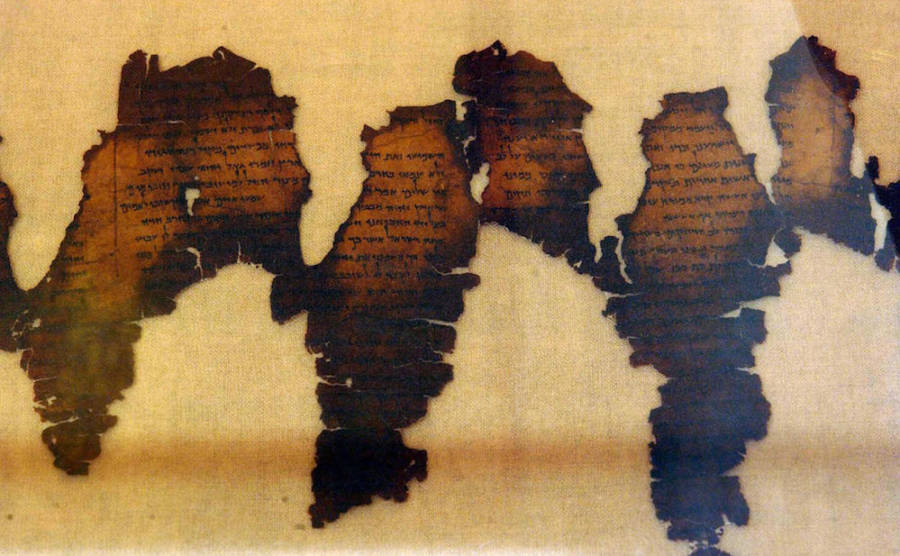 Normand Blouin/AFP/Getty ImagesFragments of the Dead Sea Scrolls, considered one of the greatest archeological discoveries of the 20th century.

The last time a Dead Sea Scrolls hiding place was discovered, it was 1956.

The 981 manuscripts, some of which dated back to 408 BC, had been uncovered in 11 closely situated caves, tucked into the Qumran cliffs of the West Bank of Palestine.

It was a huge archaeological find, since the collection included the oldest known copies of many Biblical texts, as well as secular writings that provided new insight into what life was like in the 1st and 2nd Centuries AD.

Since 1956, it has been popularly theorized that preserved scrolls such as this could only be found in those particular spots.

But news releases on Thursday confirm that is untrue.

A team of students from Liberty University in Virginia discovered a cave in a Judean desert cliff where Dead Sea scrolls were almost certainly held at one time.

“Until now, it was accepted that Dead Sea Scrolls were found only in 11 caves at Qumran, but now there is no doubt that this is the 12th cave,” Dr. Oren Gutfeld, the excavation team’s leader, said.

They did find one unbroken storage container containing a piece of parchment. It was rushed to the closest conservation lab to be opened in a safe environment, but found to be blank.

Researchers suspect that the original scrolls had been stolen by looters. This supports previous theories that fragments of scrolls had made their way to the black market. It was those suspicions that led archaeologists to begin new projects inspecting all of the caves in this region of the desert — rather than sticking to the original 11.

In addition to evidence of scrolls, the team found two iron pickaxe heads (further evidence of looting), flint tools and a seal made from carnelian, a semi-precious stone that suggests people once lived in the cave.

The first Dead Sea Scrolls were thought to be discovered in 1947 by a Bedouin shepherd searching for a lost sheep.

Though the recent excavation implies the next big find won’t be quite as easy or accidental as that, it does prove that there’s a lot more to discover in these dessert caves.

Next, read about the archaeologists who recently unearthed new clues about the demise of the Mayans. Then, look at the 384-year-old shopping list that was recently discovered under the floorboards of a historic English home.