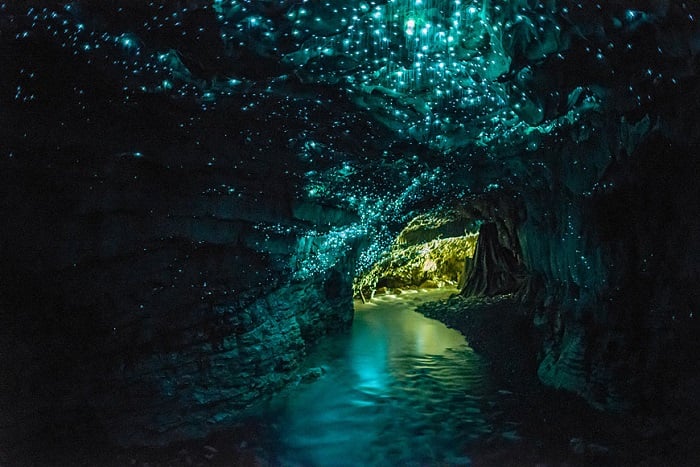 Thousands of local and international guests visit New Zealand’s Waitomo Glowworm Caves each year. The iridescent caves, which have been around for centuries, are particularly striking due to the glowworm species that covers the ceilings and lights up the space like stars in the night sky. 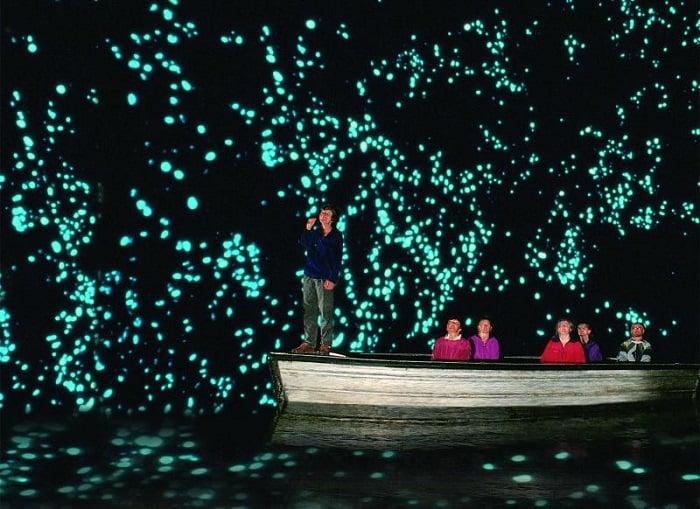 In 1887, local Maori Chief Tane Tinorau and English surveyor Fred Mace first explored the Waitomo Glowworm Caves. To navigate the caves, they built a raft of flax stems and floated through, quickly becoming mesmerized by the glowing ceiling. It took many return trips for Tinorau and Mace to discover the cave’s land entrance on the second level. 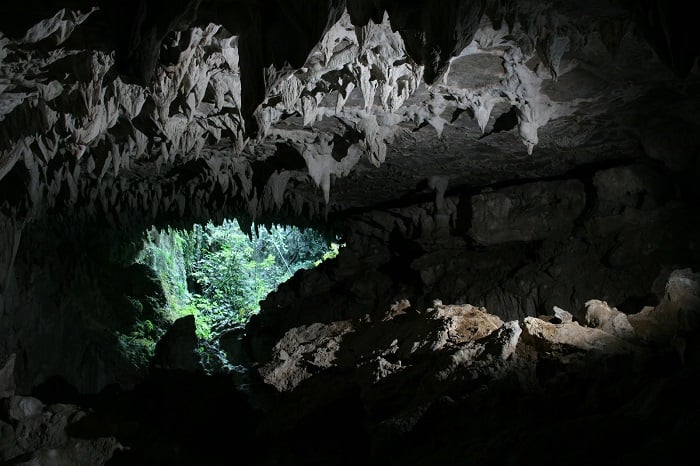 In 1889, Tinorau started inviting tourists to visit the caves for a small fee. However, in less than 20 years, government authorities assumed control over the caves. It wasn’t until nearly a century later that control of the caves was returned to the locals responsible for discovering them. Now, many of the tour guides and workers are descendants of Tinorau and his wife. 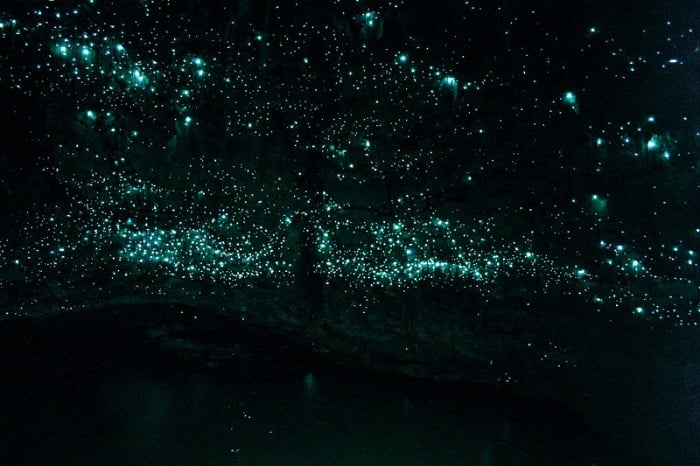 The Waitomo Glowworm Caves themselves date back more than 30 million years ago. They consist of two main levels: the upper level, which is dry and allows for ground access, and the lower level, which contains the stream passage and the Cathedral, which is world-renowned for its superb acoustics (due to the rough surface and enclosed shape). 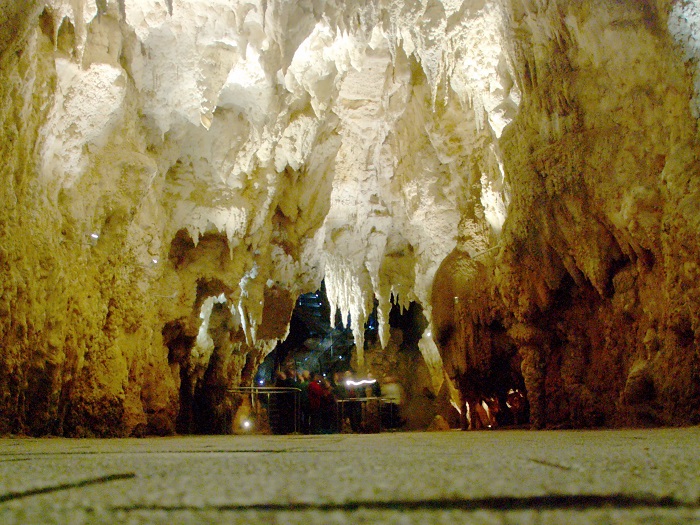 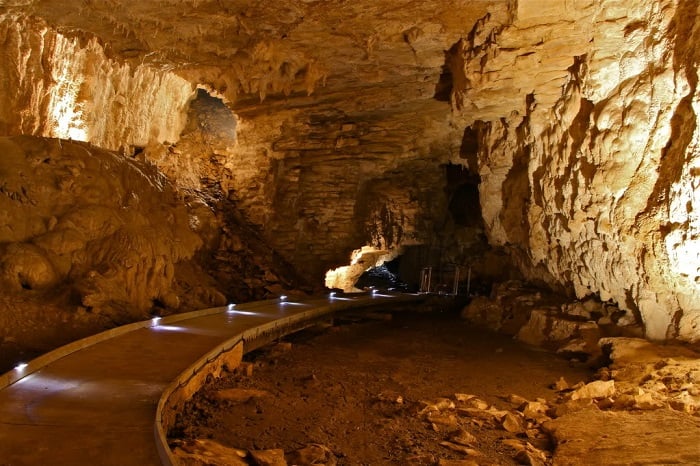 The Arachnocampa luminosa, a specific type of glowworm, populates the cave and is endemic to New Zealand and Australia. The insects, which are responsible for much of the cave’s popularity, spend most of their time as larvae. To ensnare prey, the glowworm larvae hang sticky silk threads, earning them the name “spider-worm”. When lit up, these threads glow and resemble synthetic rope lights. 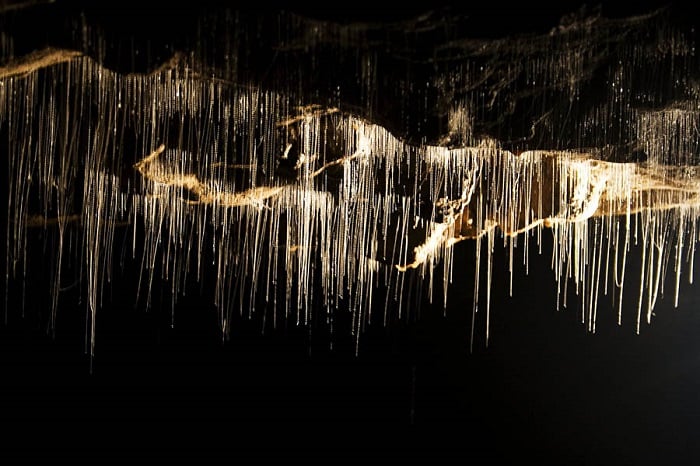 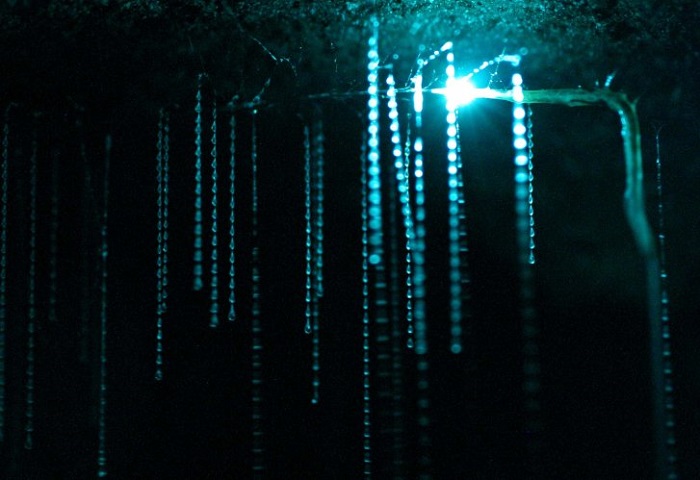