This fossil may point to a radically different path in terms of human history. 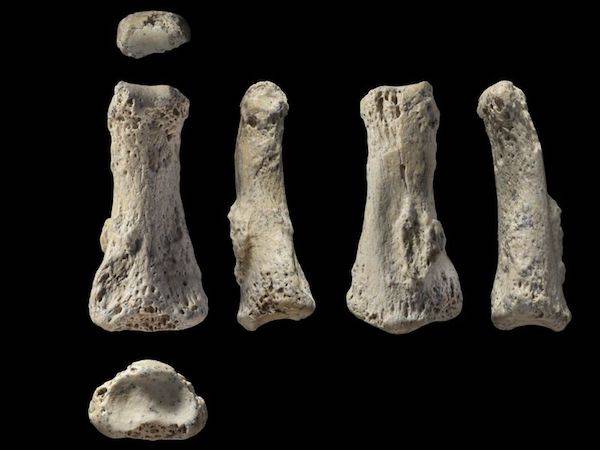 A fossilized human finger bone that’s 85,000 to 90,000 years old was found in the Nefud Desert of Saudi Arabia, as revealed in a new study published on April 9 in the journal Nature Ecology and Evolution.

The fossil finger is 1.3-inches-long. To put things in perspective, the Nefud Desert is 40,000 square miles. To find a single human finger bone in this massive area is crazy enough. But this particular one just happens to also be the oldest human fossil unearthed outside of Africa as well as the oldest human remains found in Saudi Arabia.

“It’s strange, isn’t it? Almost all bones will not be preserved, and there’s nothing special about the finger bone in terms of how hard it is. It just got lucky,” said Huw Groucutt, an archaeologist at the University of Oxford and lead author of the study.

Before this discovery, it was the belief of many scientists that humans first left Africa 60,000 years ago, and that when did they did leave, they stayed along the coastline. The idea that they actually left 25,000 years earlier and made it to the Arabian desert is a radical shift in the view of human history.

This new finding is the latest in a series of developments that are helping to put the pieces of humans’ departure from Africa together. What was once thought to be a single and quick migration is proving to be a much messier, intricate scenario, based on the theory that humans actual left Africa in several waves. The new research also shows that our ancient ancestors traveled to a much broader range of destinations.

The timeframe of the human departure date in Africa has long been a major debate in the science community. Many say that there isn’t any reliable evidence to support the idea that a mass migration out of the African subcontinent happened any earlier than 60,000 years ago.

The fossil was first found in 2016, amongst fossils from hippos and snails as well as stone tools at the Al Wusta site of the Arabian Desert. Just by eyeing it, the researchers believed it belonged to a homo sapien, whose fingers are distinctively long and thin compared to those of Neanderthals. They did a micro-CT scan and compared it to other animals with human-like fingers before confirming that it was human and most likely the middle part of an adult’s middle finger.

“All of these studies agreed that the fossil belonged to Homo sapiens. The shape of Homo sapiens finger bones is just quite distinct compared to other species,” Said Groucutt.

Small as it may be in size, this finger fragment may be a massive revelation in the human history timeline.

Next read about the bone fragment that may have belonged to the real Santa Claus. Then, read about the discovery that humans lived in North America 115,000 years earlier than we thought.