The 5,000-year-old beer factory was found in a necropolis dedicated to the ancient Egyptian god of the underworld. 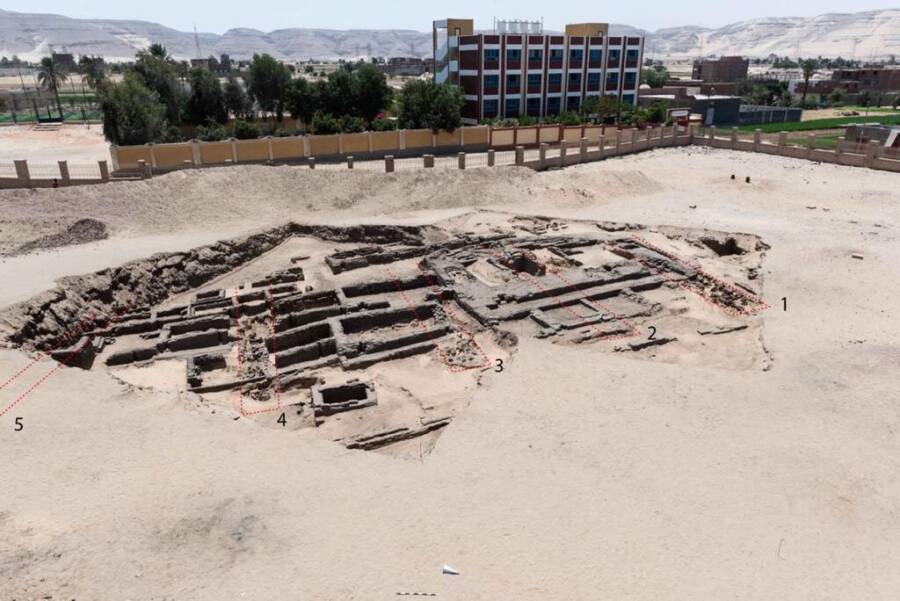 Egypt Ministry of Tourism and AntiquitiesThe factory is 5,000 years old and might possibly be the oldest ever discovered.

In the early 1900s, British archaeologists posited that the ancient Egyptians had a high-production beer factory, but it wasn’t until recently that they found it. According to NBC News, researchers have uncovered a 5,000-year-old beer factory at the Abydos burial ground on the west side of the Nile River in Egypt — and it is currently the oldest brewery in the world.

Secretary-General of the Supreme Council of Antiquities, Mostafa Waziri, explained that the stunning find was as old as ancient Egypt’s first dynastic period, which spanned from 3150 to 2613 B.C. The factory was thus built during the reign of King Narmer, who famously unified the region.

An NBC News segment on the Ancient Egyptian beer factory unearthed in Abydos.

According to The Guardian, beer wasn’t simply social lubricant for the ancient Egyptians. Instead, it’s currently believed that the beverage was an essential part of royal rituals and sacrificial rites. Indeed, the ancient necropolis in which this brewery was found was a vital hub in the kingdom.

Abydos was once a busy and stunning honorary site to Osiris, ancient Egypt’s god of the underworld and the judge of incoming souls to the afterlife. The site is riddled with remnants of Osiris-centric statues, cemeteries, as well as the ancient temples of pharaohs Rameses II and Seti I.

According to one of the excavation’s leaders, Dr. Matthew Adams of New York University, this particular brewery “may have been built in this place specifically to supply the royal rituals that were taking place inside the funeral facilities of the kings of Egypt.”

While it is still uncertain how exactly Egypt’s earliest kings used the substance, it is believed that beer was actually a source of nourishment to many in the ancient kingdom. According to Business Insider, laborers in Egypt were rationed 10 pints a beer a day for food. 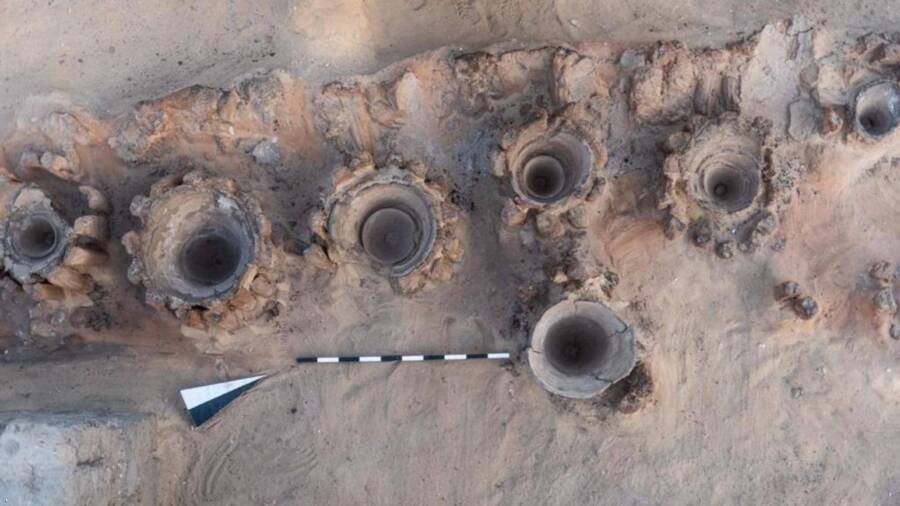 Egypt Ministry of Tourism and AntiquitiesThe factory held 40 clay basins across eight large sections — each of which was around 65 feet long and eight feet wide.

Located in the modern-day Sohag Governorate, the brewery was comprised of eight large sections, each of which contained 40 clay pots that were used to heat up the necessary mixtures of water and grain. By the looks of it, Adams said this setup could’ve produced as many as 5,900 gallons of beer — or 50,000 pints — at one time.

Each section was also about 65 feet long and eight feet wide. The 40 pottery basins, meanwhile, were resourcefully lined in two rows, presumably to provide the brewers with easy and efficient access instead of clumping them all together. 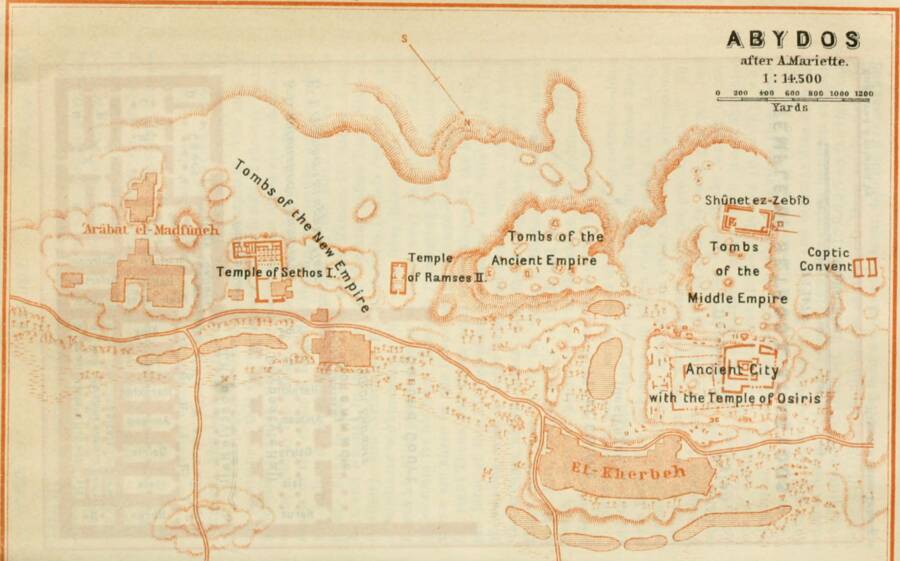 Wikimedia CommonsA city plan of Abydos, as detailed by French Egyptologist Auguste Mariette — who founded the country’s Department of Antiquities.

While the announcement of this historic find is certainly invigorating, the state of Egypt’s economy and tourism is another matter. The Coronavirus pandemic saw a troubling decrease in international visitors, which led the International Monetary Fund to forecast bleak prospects for the country ahead.

Nonetheless, officials are ingeniously announcing one historic find after the other in order to boost long-term interest in the country once the pandemic ends. It was only earlier this month that the Ministry of Tourism and Antiquities revealed that it had found a 2,000-year-old mummy with a golden tongue.

Dozens of comparable discoveries have been announced in the last few years, and perhaps the world’s oldest-known beer factory will inspire tourists all over the world to head to Egypt once it’s safely possible to do so.