"She had great respect for [Adolf]," said one man who spoke with Paula Hitler in 1959. “Had I asked her about anything that might’ve been critical of him, I think she would've protected him." 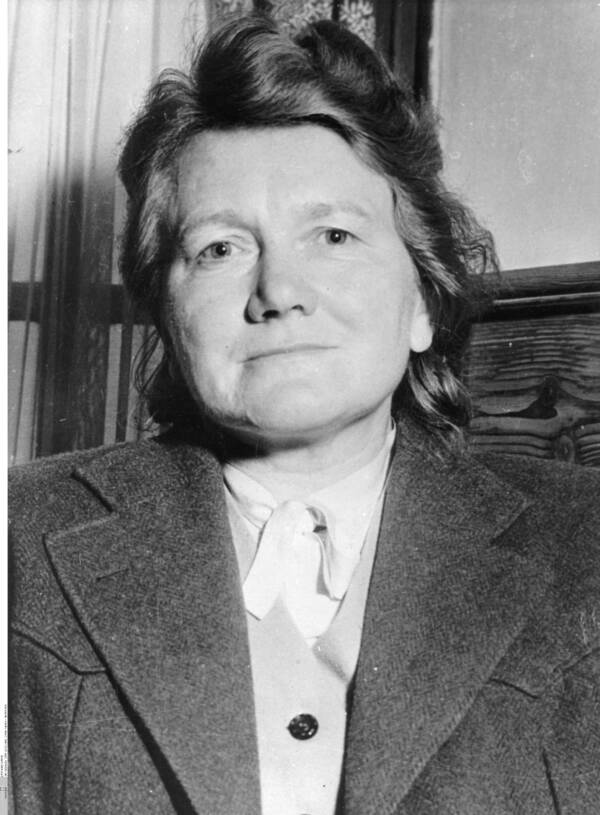 Ullstein Bild/Getty ImagesAdolf Hitler’s sister Paula Hitler after her arrest by U.S. troops at the end of World War II. May 1945.

In 1930, a woman named Paula Hiedler was fired from her job at an insurance company in Vienna, Austria. She’d been a hard worker, a valuable asset, she thought, to the company. So why had she been let go so abruptly as the second world war was dawning? It turned out, it was because of her last name.

While “Hiedler” was simply another German surname, the less-traditional spelling of it was not. While Paula had used the traditional spelling, her brother, Adolf had opted for another version: Hitler. And her brother had turned the name into one of the most hated in history. Paula just didn’t know it yet.

Before she would grow up to be despised by association, Paula Hitler was simply the youngest child of a middle-class German family.

Born on Jan. 21, 1896, Paula was the youngest child of Alois and Klara Hitler and the last of Adolf’s full siblings (the Führer had one other full sibling, a brother, and two half-siblings by his father’s second marriage). When Paula was six years old, her father Alois died after suffering a pleural hemorrhage, and her mother Klara took over as head of the household. 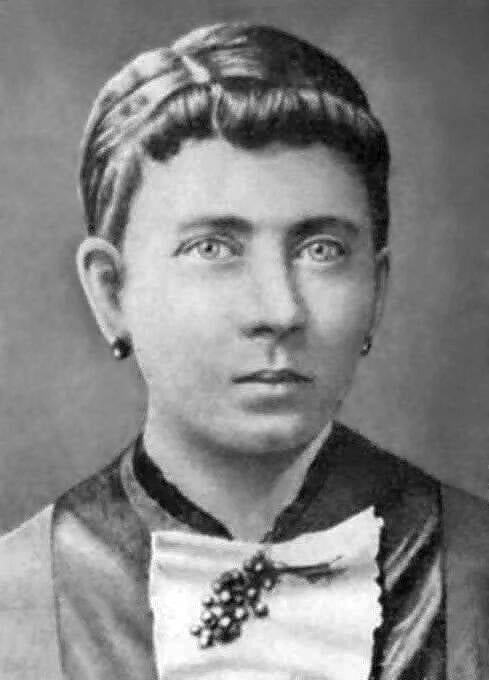 Wikimedia CommonsKlara Hitler, Adolf and Paula’s mother, in the 1870s.

Klara moved her two young children from the family home in Leonding to a modest apartment in Linz, a small city in northern Austria. They lived frugally for several years, living off of the government pension Alois had left behind. Klara did not work, instead devoting her life to her children. Both Adolf and Paula would remember her fondly as a doting mother.

Unfortunately, just five years after the death of her husband, Klara died as well. In 1906, she noticed a lump on her breast, but ignored it. The family doctor eventually examined her and determined she had breast cancer, though he refused to tell her, leaving the job to her young children.

Adolf, being the oldest, assumed the responsibility and broke the news to his mother and sister. Klara resigned herself to her fate, though her young daughter did not quite grasp what was going on. At just 11 years old, she began to lean heavily on her older brother, who was nearly seven years her senior, and shrink away from her dying mother.

After Klara died, Adolf moved to Vienna and Paula Hitler remained in the small family flat in Linz. They lived off the remainder of their father’s government pension, as well as a small government stipend allotted to them. Adolf later renounced his pension and gave his bit of the stipend to his young sister.

Paula kept quiet, focusing on supporting herself while writing letters to her brother — who had bigger plans.

The Sister Of The Führer

By the early 1920s, Paula Hitler had moved to Vienna. Though her brother had gone on to pursue his grand dreams of being a painter and a public leader, Paula had opted for a quieter, simpler life. She worked for a time as a housekeeper for several wealthy families in Vienna, as well as for a Jewish dormitory. 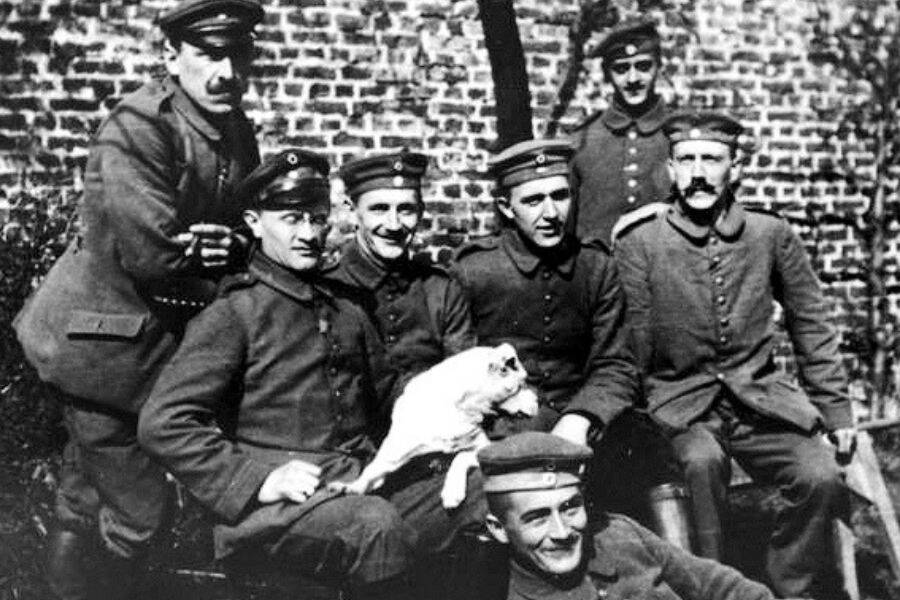 Wikimedia CommonsAdolf Hitler (right) with the Bavarian regiment he served with during World War I.

After leaving housekeeping behind, Paula made a living doing secretarial work for various businesses in and around Vienna, and later, during the war, she worked as a secretary at a military hospital.

Little is known about Paula Hitler’s political leanings. She worked, of course, in the Jewish dormitory, and never displayed any documented distaste for its residents. She also never joined in any sort of support for her brother and never joined the Nazi Party.

In 2005, however, researchers discovered that sometime during the beginning of World War II she was engaged to Erwin Jekelius. Jekelius was a Third Reich officer and one of the Nazis’ chief euthanizers, responsible for sending at least 4,000 people to the gas chambers. The marriage was ultimately forbidden by Adolf Hitler. In fact, Adolf had Jekelius arrested and sent to the Eastern Front, where he died in a Soviet prisoner of war camp.

“To me, discovering that Paula was going to marry Jekelius is one of the most astonishing revelations of my career,” said historian Timothy Ryback. “She bought into the whole thing – hook, line and sinker.” 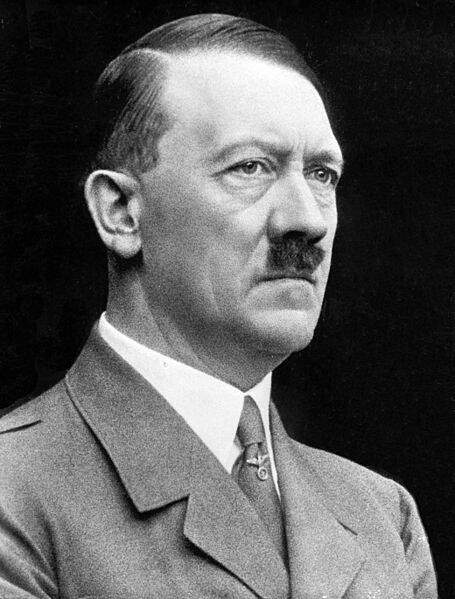 Despite her obvious knowledge of what Hitler was doing to the German people, a strange dichotomy existed in Paula Hitler’s head. While she evidently did not support her brother’s political and social actions, it is well documented that she adored her older brother.

She often lamented the fact that after she had moved out and that the two only had sporadic contact, though she expressed great delight at their infrequent meetings. In a June 1946 interview with the U.S. Army, she said that she didn’t believe he had ordered the extermination of so many millions of people. That, to her, just didn’t square with the brother she knew.

In 2005, however, a journal was discovered that claimed a tumultuous relationship had existed between the two as children. Just as Adolf’s father had beaten him, he beat Paula following the death of their mother. Paula believed it had been for the good of her education, and that Hitler had been doing nothing more than keeping her on the right path.

Indeed, it seemed that Adolf at least held some sort of affection for his younger sister. After she lost her job — due to her relation to him — he financially supported her. Even throughout the war and up until his suicide in 1945, he continued to send her money and express concern for her wellbeing.

Following the war, Paula Hitler was arrested by U.S. intelligence officers and held for questioning. She explained that though she loved her brother and received financial support from him, she had only seen him once or twice a year for the past decade, and actually had fairly little contact with him. She also claimed to only have met Eva Braun, her brother’s ill-fated bride, once during those 10 years. 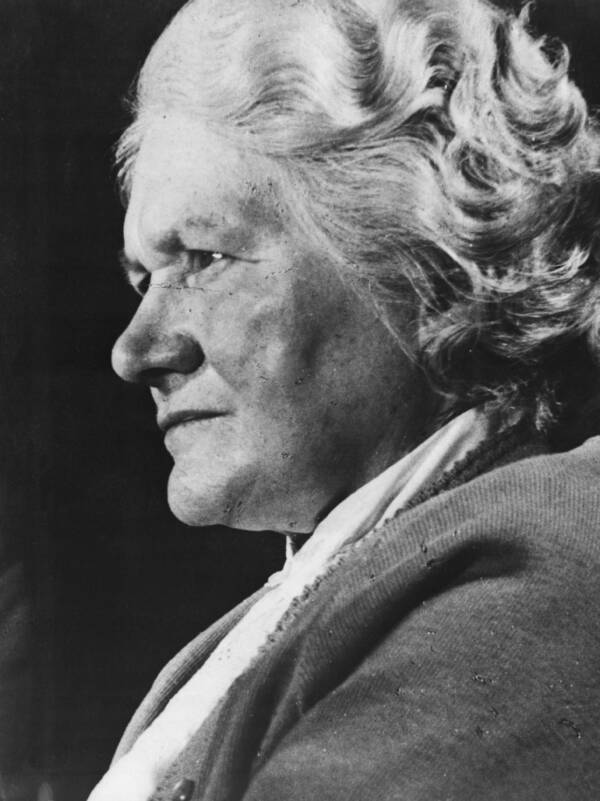 Getty ImagesFrau Paula Wolf, 64, sister of Adolf Hitler, remembers her brother as the little boy who led all the others when they played Cowboys and Indians as children.

She was eventually released from U.S. custody and moved back to Vienna, where she lived for some time off of her savings. When the money she’d gotten from her brother ran out, she took a job at a local craft shop. In 1952, she moved to Berchtesgaden, Germany in the mountains just outside of Salzburg, and changed her name to Paula Wolff.

The name had no obvious connection to the Hitler family, though for Paula it had a small one – Wolff was the nickname her brother went by as a child, and one he used throughout his time as the Führer as a codename.

During her time in Berchtesgaden, Paula Hitler was closely supervised — perhaps without her knowledge — by former members of her brother’s SS guard, as well as the few surviving members of his inner circle.

For most of her life, Paula lived in seclusion, keeping to herself and not attending social gatherings. Perhaps she remembered the treatment she endured when others found out about her unfortunate familial relations, or perhaps she was still coming to grips with the fact that the brother she adored had grown up to become a monster. Whatever the case, her life after the war was a quiet and reserved one.

Then, in 1959, she agreed to the only interview she’d ever do. Peter Morley, a German-born British reporter for UK-based television station Associated-Rediffusion had reached out to Paula and expressed interest in knowing who she was and what her life as Adolf Hitler’s sister was like. The original German interview has since been lost, but the English version remains.

Most of what her interview covered were what life was like growing up with Hitler, and when she was asked political questions she pointedly avoided them. From the interview, it was clear that she still felt nothing but admiration for her older brother. Throughout the questioning, she constantly stated that she couldn’t believe he could do something so horrible.

“She had great respect for him,” Morley later recalled, “and I think had I asked her about anything that might’ve been critical of him, I think she would’ve protected him. That’s the feeling I got. She would have felt it her duty to protect him.”

But she also recalled early childhood memories with an eerie hindsight: “When we children played Red Indians,” she said, “my brother, Adolf, was always the leader. All the others did what he told them. They must have had an instinct that his will was stronger than theirs.”

It was her first and last television interview.

In 1960, at the age of 64, Paula Hitler died, ending the immediate Hitler family line. Other Hitler members existed, sons and daughters of Adolf’s half-siblings, but as for his immediate family, Paula was the last. Her death marked the end of a quiet life, tortured by her relationship with her brother, and plagued by the things he had done.

Next, read about more members of the Hitler family, and where the line is today. Then, find out if Hitler himself had any children of his own.