“Play the people who play the world.”

We spoke with Wodkins about Sound of Power, humor and censorship in the age of Vladimir Putin (whom he sardonically calls ‘Saint Vladimir’) — as well as that time Wodkins had to flee Zimbabwe after his gilded Robert Mugabe statue pissed off area security forces. Excerpts of the interview, which have been edited for clarity, are below:

SC: How did you get your start in satire and art? Was there an event that made you say, “This is what I need to do with myself”?
PW: I’ve been here as long as I remember. It’s hard to say, really, if the tipping point was when Berlusconi was re-elected, or when as a kid my mom asked me to pass the serials.

The boring answer is that making art (that’s until now not been for sale) requires money and time. So I got rich first, so I could do the art I knew I had to do. Sound of Power is a bit different. It needs to have a price since it’s also a product. People don’t believe in products without a price. So I put one there. A simple price just consisting of the number 1.

“I think a lot of great things start with people thinking: What the fuck?” 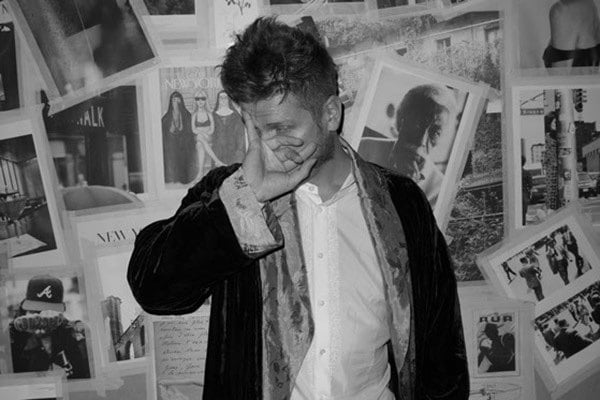 SC: Can you elaborate on what Sound of Power is?
PW: I made a speaker out of Putin’s head. The SOP-2015 series is a tribute to the porcelain figurines and the busts our grandparents loved to collect, and a contemporary reincarnation of these classical objects that combine striking visual and audio qualities.

The series will feature powerful people who, in their own way, played the world like instruments and made countries and continents alike march to the beat of their metaphorical drum.

SC:What would you say your riskiest move has been as a satirist? What were the consequences?
PW: When I was in Harare [Zimbabwe] and putting up a big golden sculpture playing a song mocking Mugabe. I had to flee the soldiers to Zambia. I didn’t make it in time to cross the border, which closed at 7 p.m. So I had to spend the night there, but the soldiers didn’t find me. The following morning I could escape to Zambia, but it was a close call. Earlier I passed the main prison in Harare. That’s one terrible place, maybe one of the worst I can imagine.

SC: Wait, what? Can you elaborate on your time in Zimbabwe?
PW: Zimbabwe used to be called the Garden of Africa…and now [it’s] among the poorest countries in the world. And the President is living a life in luxury. The story about Mugabe is not simple, but it’s a good example of how power corrupts. Any opposition is oppressed. You are not even allowed to film on the streets.

It was of course a very dangerous project, but it’s one of my most important ones. People tend to consider the life of modern artists in the fields of conceptual and media art easy. But it’s important to risk something, your reputation, your safety or even your life sometimes. I could have placed the sculpture in Paris at a safe distance but then the price and the value of the artwork, for me as an artist, would have been decreased. This is why I expose myself, I need to feel my own art. It needs to be real. 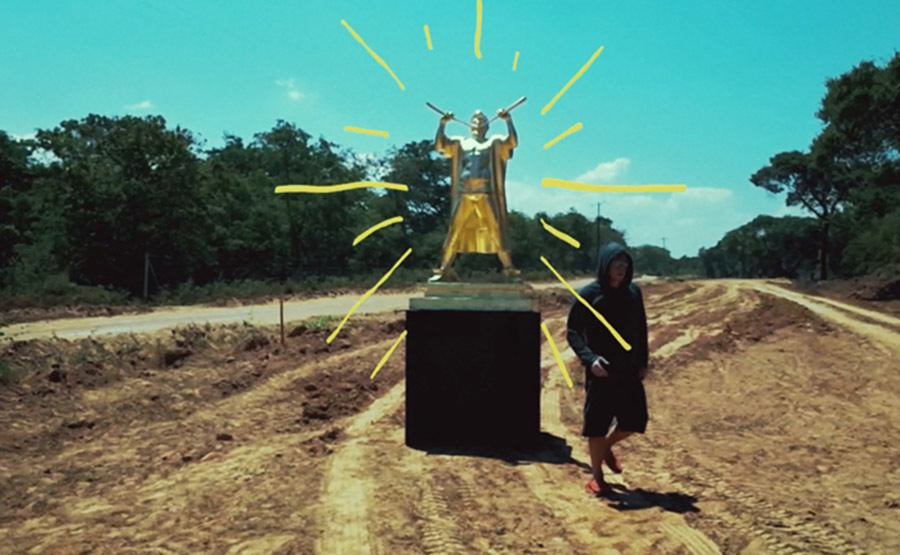 The statue that Wodkins made for an international art festival held in Zimbabwe. When Wodkins brought his three-meter tall golden sculpture to Harare — which played a song mocking the dictator — and attempted to offer it as a gift, security forces confronted Wodkins and he was forced to flee to Zambia. Image Source: Petro Wodkins

SC: Why are you taking on Putin in your work? Why now, and why do so through humor?
PW: Putin very much affects me, as he does every Russian. He’s on at least one hour every day on state TV. All my art is a reaction to what surrounds me. Humor is the only thing a dissident can’t really get away with. He can be feared, hated, criticized, but when people start to laugh at him, then he has trouble. This is why humor is so important.

And why now? I think the time is right. Now there is not even hope that the overall situation is going to improve. Knowing the situation in Russia, which I think most people in a way do, it’s not a leap of faith to say Putin’s use of power is a bit on the excessive side.

SC: Is there any topic you won’t satirize?
PW: No, and it’s more complex than just satire. What I’m doing is trying to look at things from another perspective. To make people think and hopefully re-evaluate how they look upon the world. In the modern media society you have a split second to catch someone’s attention. You need a sideways approach. I think a lot of great things start with people thinking: What the fuck?

SC: How did you come up with the idea behind Sound of Power, and how long did it take you to complete?
PW: SOP is a continuation of the Mugabe artwork. I think Putin should have offered himself to the world, as a speaker or something else — something useful and fun — a long time ago. But since he is not, I’m doing it for him. I’ve been working on this artwork for two years. It’s very time-consuming creating a product, it’s quite unlike art but I like it. 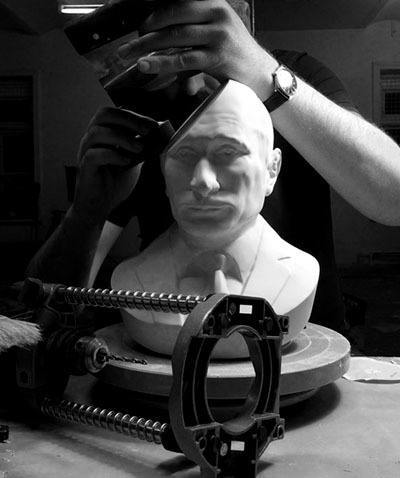 SC: Are you worried about censorship following Sound of Power? Isn’t it risky to take on a leader like him?
PW: The problem isn’t the people that don’t behave. The problem is the people that behave and do what they are supposed to do. In Russia, this is being silent or applauding the president.

Censorship I’ve already faced, Russian media is not free in the sense you know. It’s a semantic thing. The pro-Russian fighters in Ukraine are in Russian media called The Freedom fighters and the Kiev regime, Fascists.

Russian media have a tendency to call things what’s needed to shape a local opinion. I’m for instance a hooligan in the Russian press. I don’t know what I will be called after this. But I’m not worried about my reputation in Russia. As for my personal safety, well, I’m a big guy.

SC:What has the reception to Sound of Power been like?
PW: Russians are divided. The world laughs. Just when you think there is not one more gadget needed, you realize the thirst for new stuff is infinite.

Both the design and gadget world like it a lot, also the art world even though I’m a bit of an outcast, especially after my London project. Why people like it? I guess everyone likes a good laugh. But even more than the laugh, they like the moment after the laugh, when they realize why they laughed.

“[Putin] on horseback half naked is not weird in Russia. I personally think it’s the Western politicians that are a bit boring.” 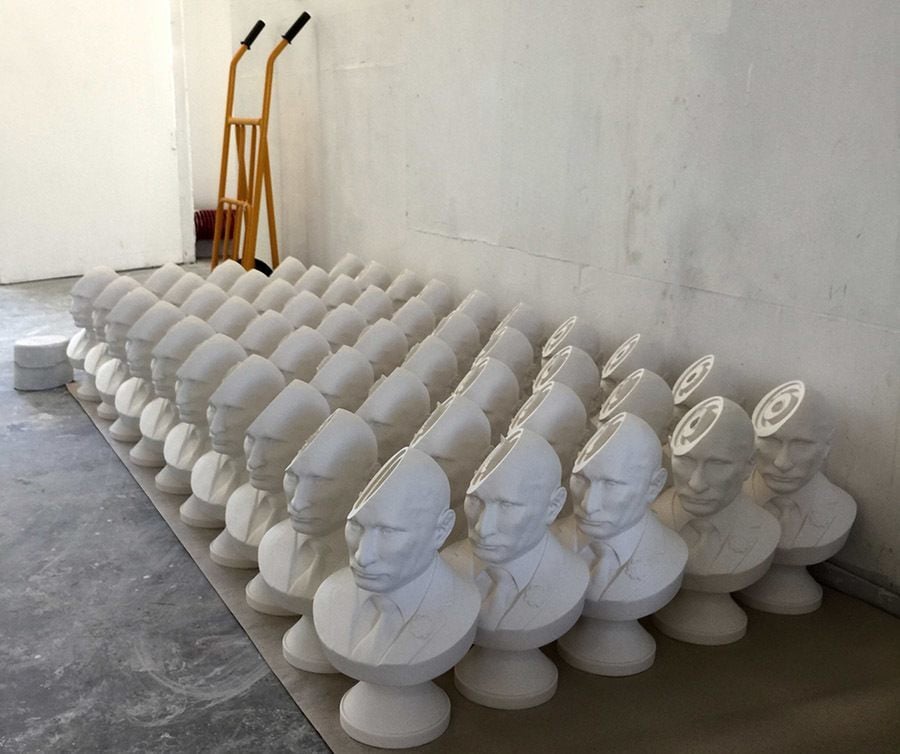 SC: Would you say your work is more popular in Russia, or outside of Russia? Why do you think that is the case?
PW: In general my work is more appreciated outside Russia. I’m playing with how we perceive the world and often through media. The West is more diverse and maybe mature. There still is a big part of Russians who have a completely different relationship with what’s said in the media. I mean, when the West had Weekly World News the Russians had only Pravda. So the Russian playing field for media art is different.

SC: In the United States, Putin has become something of a meme. We like to look at photos of him on horseback, listen to him sing “Blueberry Hill,” and watch him as he “discovers” artifacts from an underwater city. Why do you think that people abroad view Putin in such a way?
PW: Because of cultural differences. Putin promotes himself as a strong and kind man. And him on horseback half naked is not weird in Russia. I personally think it’s the Western politicians that are a bit boring and very, very worried that they would look silly. This means they hardly ever do anything that’s out of what you expect them to do.

I’d love to see more half-naked politicians on different animals. For Putin this is part of his brand. It works very well in Russia. But in the West, having a president that’s not always in a suit, that’s weird. And since there’s so many occasions that Putin has behaved different from Western leaders, this has become his brand and this is how the West now keeps on looking at him. 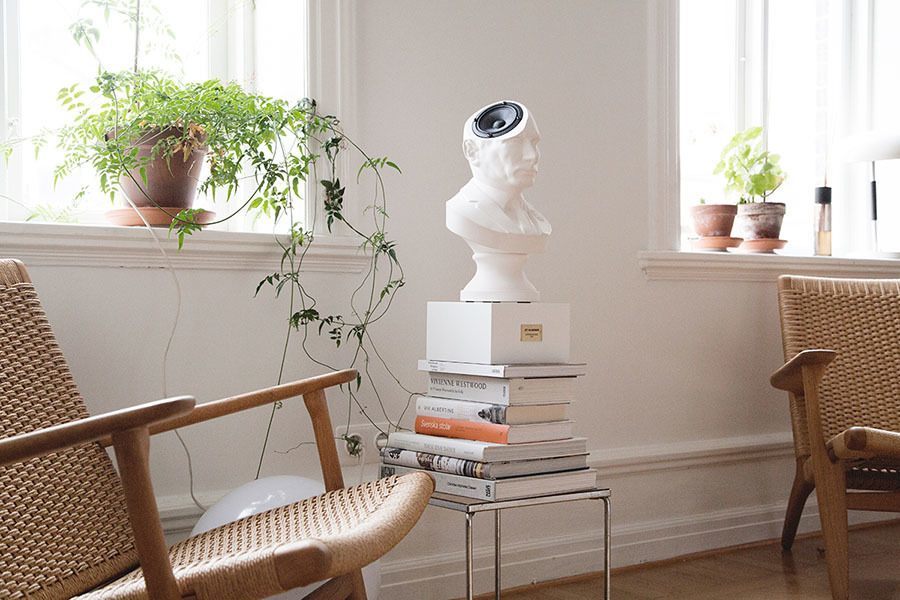 SC: How do you separate your love of home from your concerns about Vladimir Putin?
PW: It’s easy. Putin has nothing to do with my home. He’s a temporary care keeper and I need to relate to him somehow. But my love for Russia, all the great and crazy people living there, has nothing to do with who’s currently running the show in Kremlin.

SC: How would you describe the situation right now in Russia, in relation to the reality of a Putin presidency, and what Putin presents to the world?
PW: Sanctions, low oil prices and conflicts in Ukraine and Syria, it’s not exactly happy land. But Putin is strong. There is a strong belief among the Russians that Putin still is the man who will fix this. Just a couple of months ago he reached his highest popularity ever, 89 percent of the Russians approved of him. So he’s most likely going to stay for a while, and I’m sure he has a lot more up his sleeves.

But don’t forget, just like I’m playing him, he is playing the world. Well, all politicians are, it’s a game and Putin is playing in his own way.

SC: What’s next for you? Any plans to come to the United States and make fun of our politics?
PW: I would spoil the surprise if I told you. But what I can tell you is that you will hear more from me. The world is just getting weirder and weirder and the crazy thing is that not everyone sees it. I’ll keep on turning heads. Cheers. 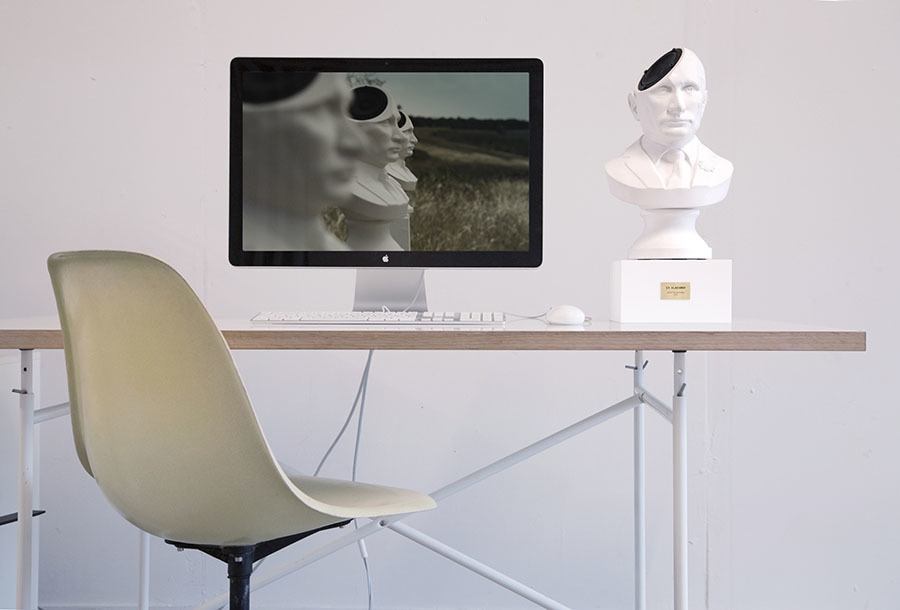 The latest edition of “Sound of Power,” a speaker series that portrays different powerful men such as Robert Mugabe and Vladimir Putin, was launched on September 21st. Image Source: Petro Wodkins

To stay up-to-date on Petro Wodkins’ work, you can visit his website, or social media accounts on Facebook and Instagram. Below, watch the promotional video for “Sound of Power” as well as Wodkins’ video on his time in Zimbabwe: