2,600-Year-Old ‘Wine Factory’ Capable Of Holding 1,200 Gallons At A Time Unearthed In Lebanon

Earlier studies suggest that the Phoenicians who lived thousands of years ago in the Mediterranean produced large batches of wine to drink and trade with other cultures. This massive winepress proves it. 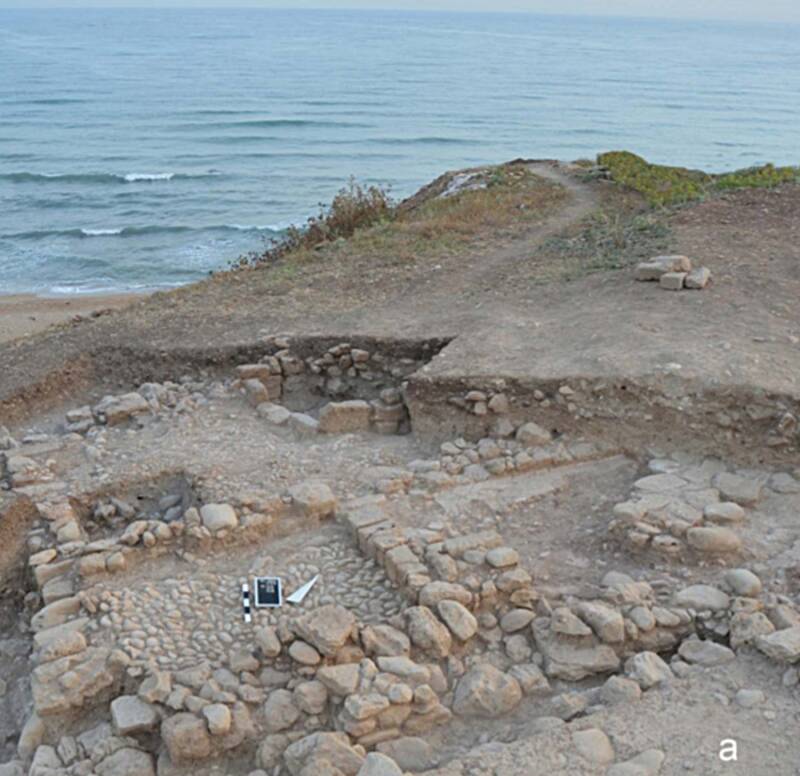 If you love to drink wine, you have the ancient Phoenicians to thank for making fermented grape juice so popular.

The Phoenicians were a civilization of people who inhabited independent city-states along the coast of the Mediterranean Sea in the territory encompassing what is now Lebanon, northern Israel, and Syria.

They were seafarers who embraced and spread a culture of making and drinking wine. Archaeologists recently found further proof of the Phoenicians’ wine culture dating back thousands of years ago.

According to Phys.org, researchers unearthed an ancient yet well-presevered winepress at the archaeological site of Tell el-Burak about five miles south of the Lebanese city of Sidon.

Archaeologists suspect the 2,600-year-old structures found at the site were used in the wine manufacturing of the Phoenicians, who used a plaster mix made from lime and fragments of crushed ceramics to build them. 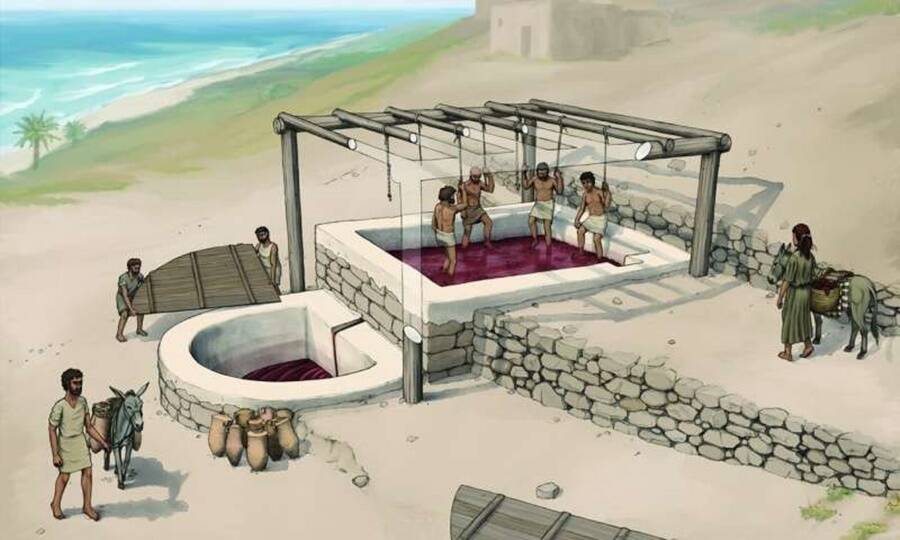 In a new paper published in the journal Antiquity, researchers wrote that people living in the Phoenician settlement likely brought grapes harvested around the vicinity to the wine “factory” so that they could be crushed and liquified by foot inside the presses.

The winepress was made up of two separate holding spaces: one higher holding space where the grapes were stomped and a holding tank at the lower end.

Once the grapes were thoroughly stomped, the juice along with the stem and skins from the grapes would be collected and funneled into the large pot where the pressed batches would then be fermented into wine. It’s estimated that the winepress could hold about 1,200 gallons of grape juice.

The structures, which date back to 7th century B.C., were found alongside four mud-brick houses, possibly the homes of the winemakers in charge of the press.

Earlier studies have suggested that the wine produced by the Phoenicians weren’t only produced and consumed locally. They also likely traded beyond their territories across the Mediterranean, spawning the ancient wine culture that still persists to this day. 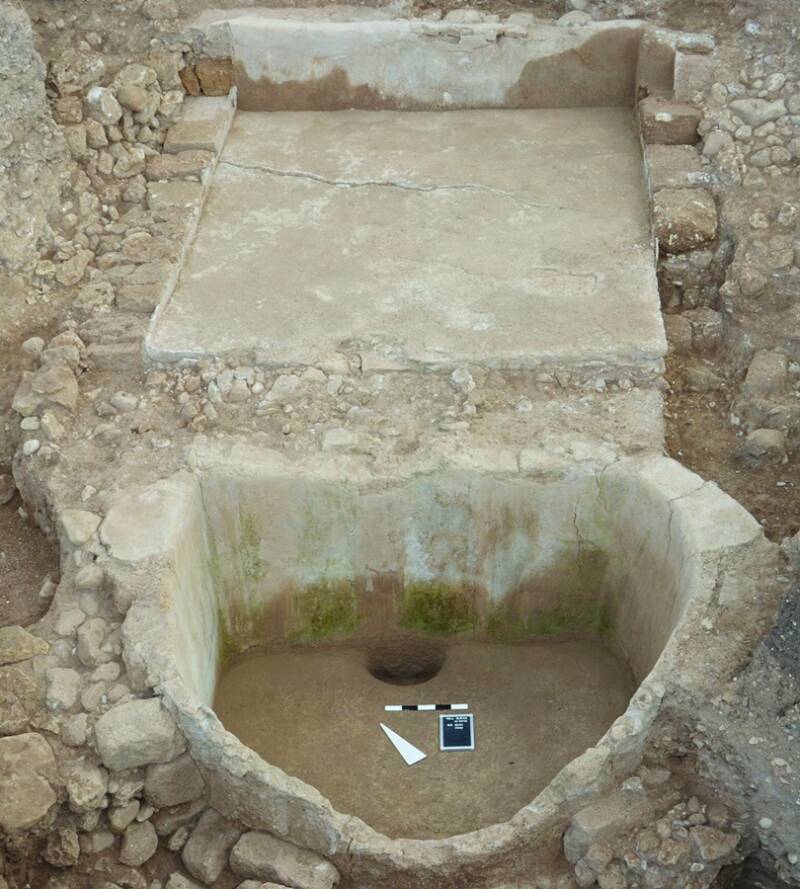 “We assume that wine was produced there on a large scale for several centuries. For the Phoenicians it was very important — they also used wine in religious ceremonies,” the study authors wrote.

The hypothesis has been supported by a previous discovery of a large number of amphorae, or large basins, that were likely used to transport foods and liquids — including wine.

“The city of Sidon was on sea trade routes in the eastern Mediterranean. Phoenicians played an important role in the spread of wine in the Mediterranean area, and their tradition of wine consumption was passed on to Europe and North Africa,” the authors continued, “this new discovery provides many clues as to how the pioneers of wine produced the drink.”

But the Phoenicians did more than just produce wine. They were known as skilled manufacturers and highly regarded for their craftsmanship in glass and dye-making as well as shipbuilding.

In fact, the purple dye that they manufactured was used to color the purple robes of Mesopotamian royalty. The Greeks dubbed the Phoenicians with the silly nickname the “purple people” because the purple dye would stain the skins of the workers.

The discovery of the winepress is significant as further proof of the ancient wine culture and trade performed by the Phoenicians. But it also helps us get a sense of just how old the leisurely activity of enjoying a glass of wine truly is.

Next, read about the 2,200-year-old traces of wine which archeologists believe may be the oldest, non-evaporated wine ever found and then checkout this 5,000-year-old Sumerian beer receipt featuring the first known signature in history.