The mystery of what happened in room 1046 of the Hotel President remains unsolved to this day, despite endless files of evidence. 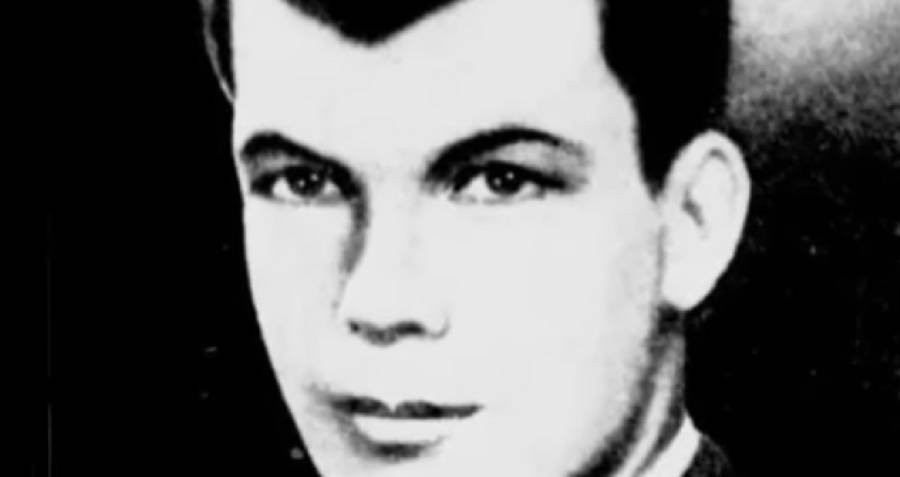 He had no luggage besides a comb and a toothbrush and asked for an interior room on a high floor of the hotel. He checked in under the name Roland T. Owen and complained to the bellboy about the outrageous prices of a neighboring hotel. After checking in and receiving his room, room 1046 on the 10th floor, he left the hotel, only to be seen intermittently throughout his stay.

Though the man’s behavior struck the President Hotel’s staff as odd, they didn’t think much of him. After all, the hotel often played host to out of towners and businessmen, looking for some late night company, and the less the staff got involved, the better.

The staff wouldn’t give his behavior another thought until six days later, when the man turned up dead, his hotel room a brutal bloodbath. As they described to police the brutal scene, questions arose about the man’s behavior prior to his death, bringing to light just how strange that behavior had been.

On January 3, one day after Owen checked into the hotel, the hotel maid, Mary Soptic, stopped by to clean his room. It was around noon, and most of the hotel’s residents were out for the day. However, upon reaching Owen’s room, Soptic found the door to be locked from the inside.

She knocked, and Owen opened the door. After insisting she could come back later, Soptic eventually entered. She found the room in almost complete darkness, with the shades tightly drawn and the only light coming from a small, dim table lamp.

As she cleaned, Owen mentioned that he had a friend coming to visit him shortly, and would she mind not locking the door. Soptic agreed, and Owen left the room.

Four hours later, Soptic returned to room 1046 with fresh towels. She found the door still unlocked from when she had cleaned the room that afternoon, and upon entering found Owen laying fully clothed on top of his still-made bed, seemingly asleep. A note on his bedside table read: “Don, I will be back in fifteen minutes. Wait.”

The next morning, January 4, Soptic’s strange interactions with room 1046 continued.

Around 10:30 AM, she stopped by to make the beds and found Owen door to be locked from the outside, as it would be when patrons left. Assuming Owen was not inside, she opened the door with her master key. To her surprise, Owen was sitting inside, in the dark, in the chair in the corner of the room. As she cleaned, the phone rang and Owen picked up. 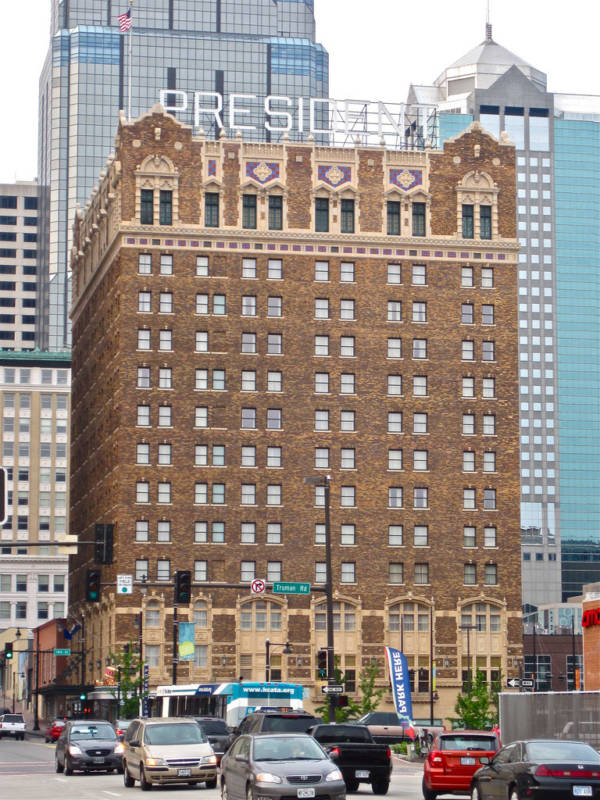 After he hung up, Owen began interrogating Soptic about her job and the hotel, the first time he had ever really spoken to her. He asked her about how many rooms she was in charge of, what kind of people lived in the President Hotel, if any, and again complained about the price of the neighboring hotel.

Soptic answered quickly, finished cleaning, and left Owen alone in room 1046. It was only after she left that she realized that since the door had been locked from the outside, someone had to have locked Owen in his room.

Later that day, Soptic returned with fresh towels, having taken the ones from the room that morning. However, as she knocked this time, she heard two voices in the room, rather than just Owen. When she announced that she had fresh towels, a loud, deep voice told her to leave, claiming that they had enough towels.

Though she knew that she had removed all the towels from the room that morning, Soptic left the two men alone, not wishing to intrude on what was clearly a sensitive and private conversation.

That same afternoon, the President Hotel got two more guests whose presence would contribute greatly to the mystery of what happened to Roland T. Owen in room 1046. 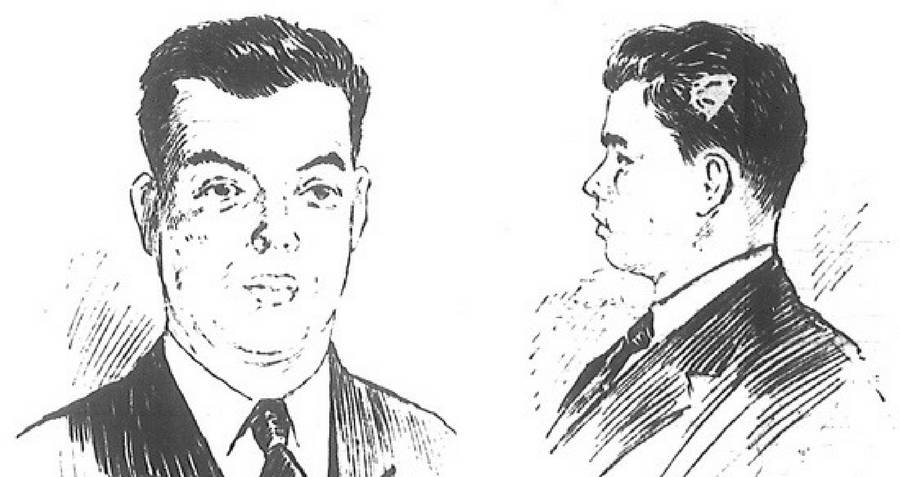 The first was a Jean Owen (of no relation to Roland). She had come to Kansas City to meet her boyfriend for the day and decided that rather than drive all the way back to her hometown on the outskirts of the city, she would stay for the night in a hotel. Upon checking into the President Hotel, Jean Owen was given the key to room 1048, right next door to Roland.

That night, according to police statements, she heard a repeated commotion.

“I heard a lot of noise which sounded like it (was) on the same floor, and consisted largely of men and women talking loudly and cursing,” she said in her statement. “When the noise continued I was about to call the desk clerk but decided not to.”

The other hotel guest was not quite a guest all. The bellhop who had been on duty that night described her as a “commercial woman” who often frequented the rooms of the hotel’s male patrons late at night.

On the evening of January 4, she came into the hotel searching for a man in room 1026. However, despite being a “very prompt” customer, the woman couldn’t seem to find the man she was looking for. After searching for well over an hour, on multiple floors, she gave up and went home.

Both of the women’s statements would raise more questions about the fate of the man in room 1046.

The next morning, the bellhop received a call from the hotel’s telephone operator. The phone in room 1046 had been off the hook for ten minutes without anyone using it. The bellhop went up to check on Owen and noticed that the door was locked with a “do not disturb” sign hung on the doorknob.

He knocked on the door, and Owen told him to come in; however, when the bellhop told Owen that the door was locked, he got no response. The bellhop knocked once again, then yelled for Owen to hang up the phone, assuming Owen had simply been drunk and knocked it off the hook.

However, an hour and a half later, the telephone operator called the bellhop again. The phone in room 1046 was still off the hook and hadn’t been hung up at all. This time, the bellhop let himself into Owen’s room with the master key.

The man was lying naked on the bed, seemingly drunk. Not wishing to deal with him, the bellhop simply straightened the phone, placed it back on the hook, and locked the door behind him, reporting Owen to his manager. 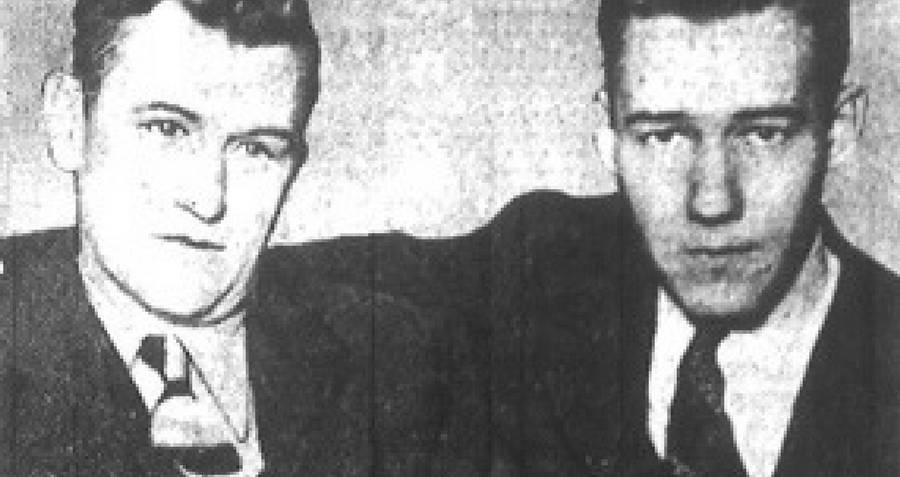 To his surprise, an hour later the telephone operator called again. The phone was again off the hook, though not in use.

This time, when the bellhop opened the door, he found a bloodbath. Owen was sitting curled in the corner of the room, his head in his hands, suffering multiple stab wounds. The bedsheets and towels were stained with blood, and the walls were splattered with it.

The bellhop immediately called the police who took Owen straight to the hospital, where doctors discovered that Owen had been tortured viciously. His arms, legs, and neck had been restrained by some kind of cord, and his chest sustained multiple stab wounds. He also suffered a punctured lung and a fractured skull.

Roland T. Owen was pronounced dead at the hospital shortly after arriving.

The doctors also discovered that the wounds on Owen had been inflicted well before the bellhop’s first trip to Owen’s room that morning. They ascertained that he had attempted to call for help multiple times, but hadn’t been able to make it farther than picking up the phone due to his injuries.

When investigators searched the room, the strangeness continued.

There were no clothes in the room at all and nothing matching the description of Roland Owen when he checked in. The hotel amenities such as soap and toothpaste were also missing, as well as anything that could have been the murder weapon. The only thing of note that detectives found were four small fingerprints on the telephone stand, though they were never identified. 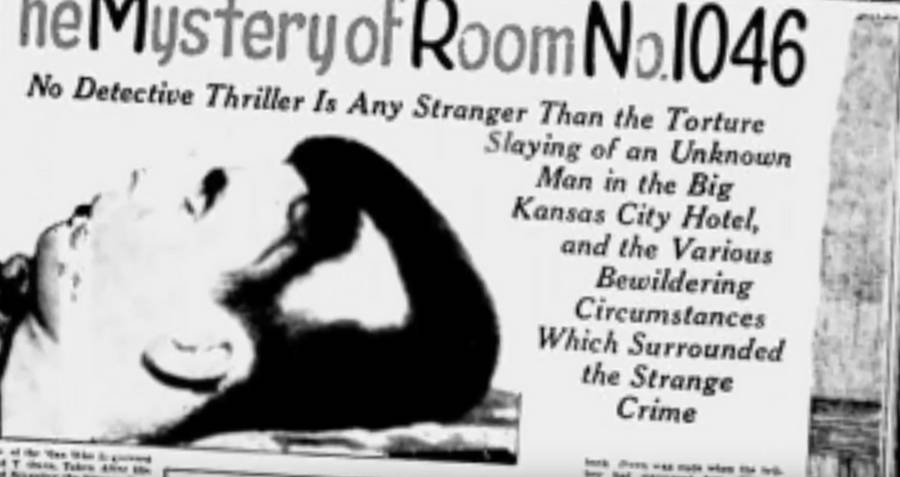 YouTubeNewspaper reporting on Roland T. Owen’s murder in room 1046 of the President Hotel.

Furthermore, detectives found that Roland T. Owen never existed. There was no record of any such man having lived anywhere in the United States, and they implored the public to come forward with any information they had about the mysterious murder victim.

Shortly thereafter, the neighboring hotel that Owen had complained so much about came forward, claiming that a man matching the description had stayed at the hotel on January 1. He had checked in under the name Eugene K. Scott. However, upon further investigation, the police reached the same dead end they had with Roland T. Owen: no man named Eugene K. Scott had any record of ever existing.

Over the next couple of months, various people identified the body as a loved one, though none of the identifications stuck. Finally, the case ran cold, and the detectives decided to bury the body. As they arranged for a small funeral, a bouquet of flowers and a donation to cover the funeral costs showed up at the funeral home with a letter that read only: “Love for ever– Lucille.”

A year later, a woman named Ogletree claimed that Owen/Scott was her son who had been missing for years. She claimed his name was Artemis Ogletree, and that he had been staying at another Kansas City area hotel at the time he went missing.

Though there wasn’t any more evidence to her case than any of the others, police were eventually inclined to believe her, though experts claimed it was only based on lack of evidence in the rest of the case.

To this day, the case remains unsolved, opened yearly by the Kansas police as new pieces of evidence unfold. For the time being, however, it seems that the mystery of room 1046 may never truly be solved.

After reading about the mysterious murder of Roland T. Owen in room 1046 of the President Hotel, read about six other crazy creepy unsolved murder cases. Then, check out the murder castle of H.H. Holmes.