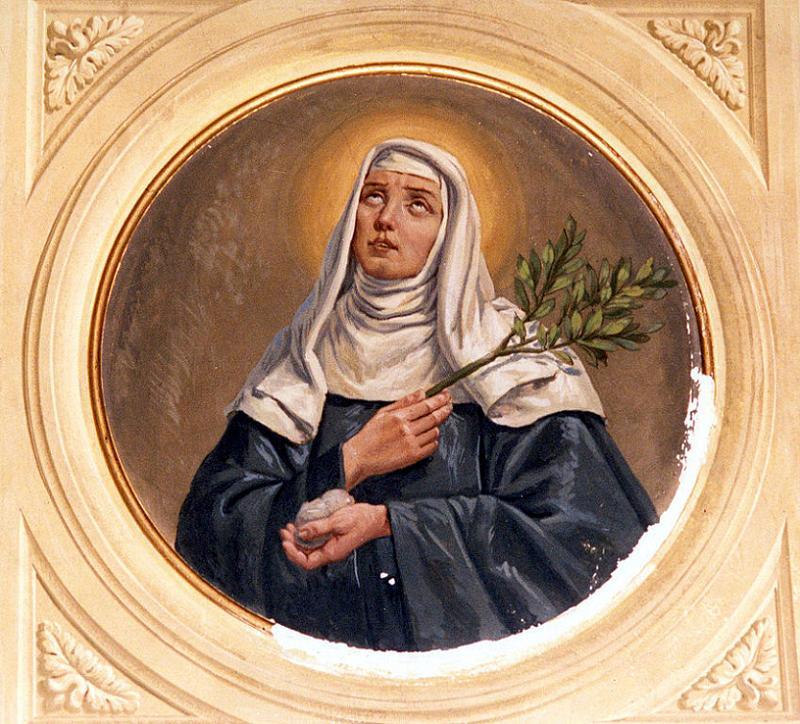 Some people are born to sainthood, while others have it thrust upon them whether they like it or not. Such was the case for Saint Veronica of Milan, our first in a series of hagiographies to help you better know a saint.

The story of Saint Veronica of Milan begins just like most of the better-written fairy tales. According to Butler’s Lives of the Saints, the young Veronica lived a life of toil in her parents’ cottage near Milan, where she was born around 1445. Born a girl in a poor household—in Renaissance Italy, no less—was probably worse than it sounds to us, because she spent her early days scrubbing floors and, um . . . whitewashing chicken coops? Not real clear on what farm life was like back then. 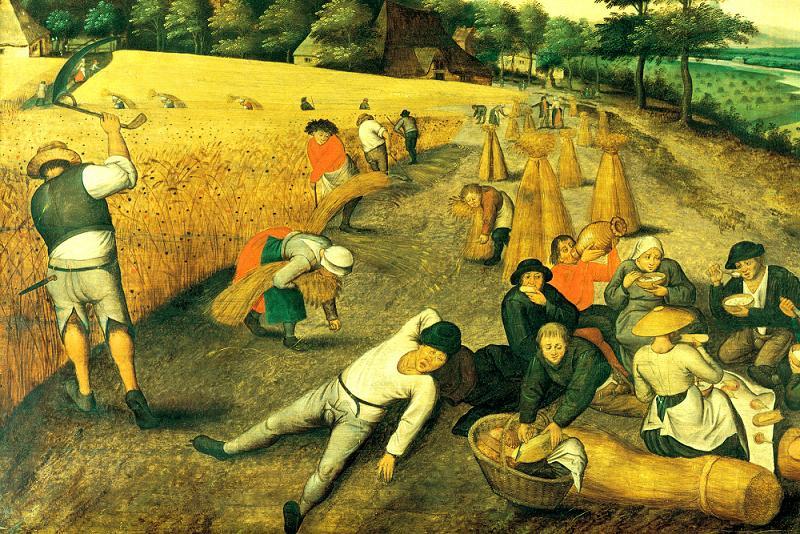 Veronica reportedly took to every menial task cheerfully and with enthusiasm, probably because people back then had really low expectations, and struggled for what Butler calls “perfection”. Though it’s difficult to imagine what that means in the context of hard farm work. 100 days without a pig malfunction, maybe? Anyway, it will come as no surprise to our readership that that kind of attitude makes you a target for lazier workers who spend their time at work browsing websites like this one. Veronica, being saintly and all, rose above the others’ cruel taunts and chased her ambition to be the best gosh-darn farm girl ever. She even took time out from sleeping on a pile of louse-ridden hay to secretly teach herself to read at night. For those of you keeping score, that’s two Cinderellas, one Mulan, and a Belle for good measure so far.

On the surface, Veronica seemed to be one of those irritating smiley-face types who just loves her horrible lot in life, much to the annoyance and scorn of those around her. Then, the Blessed Virgin started visiting her and life turned Catholic-sainthood horrible for Veronica. First, the Blessed Virgin told her to cut out that reading crap because she didn’t need it. While technically true, most learned theologians agree this was a real dick move on the Blessed Virgin’s part. 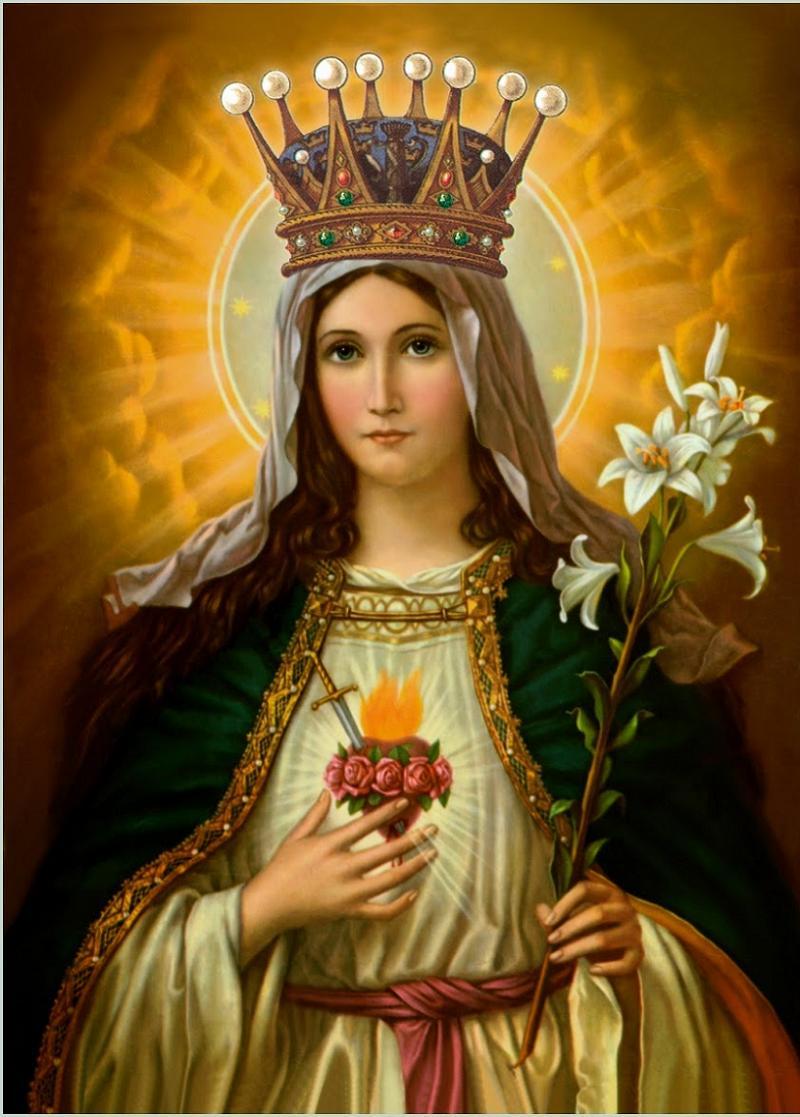 Pictured: Not a feminist. Source: Blogspot

Second, Mary showed Veronica three letters that, according to Mary, would teach her more than all the books of the world, because that’s apparently how things worked in the 15th century.

The third thing Mary did to Veronica was afflict her with visions of the life of Christ. It’s not entirely clear why, but Veronica was caused to meditate endlessly on scenes from the life of Jesus. You’d think Veronica could have just gotten the story from the bible, but the Blessed Virgin had already told her to stop reading, so this was clearly the best way to get the message across. 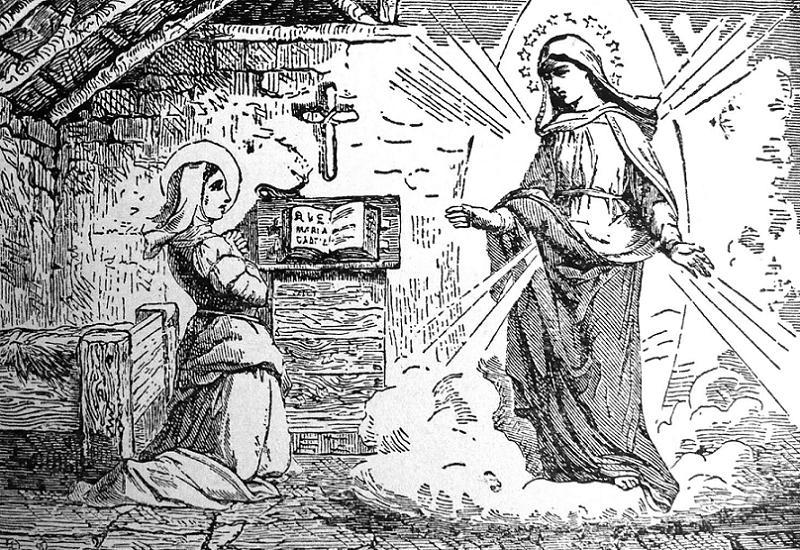 “Reading again? I thought we went over this.” Source: Wikipedia

One thing about visions of Jesus—they’re never happy scenes. Nobody ever has a vision of Jesus, a year or two before His crucifixion, just chillaxing with the apostles on a fishing trip or telling a joke so funny that milk comes out of Peter’s nose and gets all over Judas, who then needs 30 pieces of silver to cover the cleaning cost. No—Veronica’s “gift” was visions of the end, which you’ll remember is all tears and collapsing scenery.

Speaking of tears, it’s around this time that Veronica began to weep uncontrollably. Like, hourly, and for the rest of her life, which lasted until 1497. Butler is careful to point out to us that her weeping was silent, and that it was by “special grace” that she never let it get in the way of backbreaking labor, which the Blessed Virgin hadn’t gotten around to addressing for some reason.

Veronica eventually applied to join a convent, which seems like a good move, what with the visions and the weeping. Unfortunately, in a major setback to her career as a saint, Veronica was refused admittance to the order of her choice. Rather than fall back on her safety convent, however, Veronica picked herself right up and threw herself down in the dirt at the door of the nunnery to get some practical experience in begging. After three years she turned pro and the order admitted her at last. Her job at the convent was . . . begging in the streets, which she did—again, without a single word of complaint—for another three years. 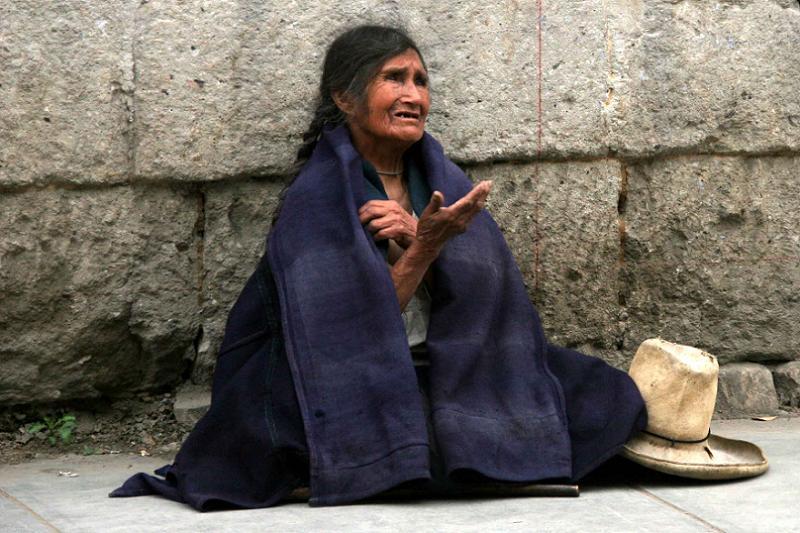 After serving her internship, Veronica was again blessed by the Virgin with agonizing pain all over her body. Again, Butler is careful to point out that she never shirked her work or missed a single prayer. A mere 27 years later, coincidentally on the exact day she foretold, Veronica died at the age of 52. It is not known what she said on meeting the Blessed Virgin again, but she probably rubbed it in good and hard when she was canonized in 1517. Her feast day is observed on Jan. 28, in case you feel like complaining about that post-Christmas credit card bill.