Formerly barren land in Brazil is now thriving with hundreds of new flora and fauna thanks to the efforts of Sebastião Salgado and his wife Lélia. 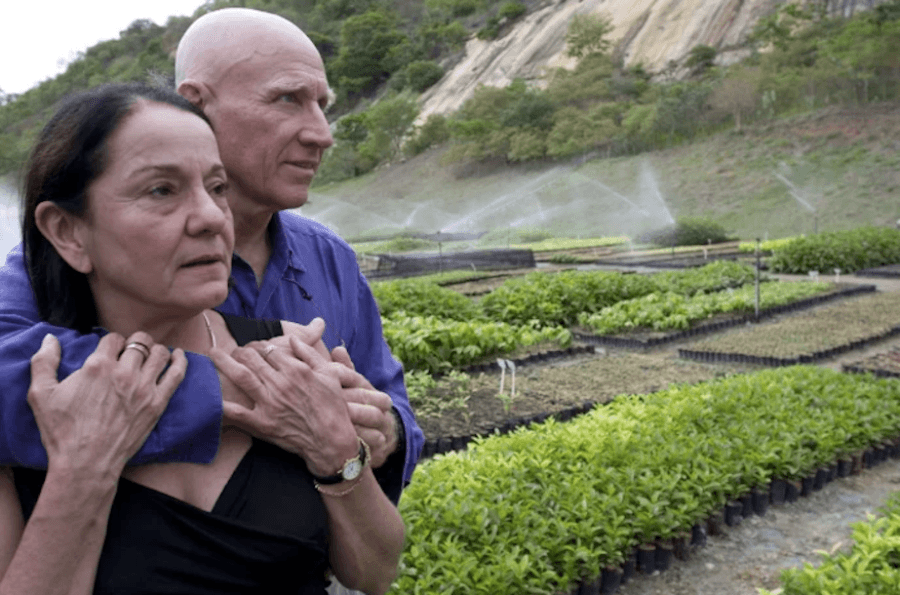 Growing deforestation is a big issue for the sustainability of our environment. But individuals like famed photographer Sebastião Ribeiro Salgado and his wife Lélia are trying to save it. The Brazilian couple started a project to plant two million trees and now, 20 years later, the seeds have grown into a lush forest in the Minas Gerais region of Brazil.

It all started in 1994 when Salgado had just returned home from a traumatic project covering the devastations of the genocide in Rwanda. Looking to heal himself, Salgado decided to take a break by taking up the family farm which was located in the Minas Gerais area.

But what he saw there devastated him even more: what was once a rich forest had morphed into a severely damaged landscape due to rampant deforestation and disappearing wildlife.

“The land was as sick as I was — everything was destroyed,” Salgado told The Guardian.

The land, he said, was about only 0.5 percent covered in trees. However, the damaged environment sparked inspiration in Salgado’s wife Lélia, who came up with the idea to replant the forest.

What sounded like an impossible feat was realized in the founding of Instituto Terra, an environmental organization dedicated to the sustainable development of the area of the Valley of the River Roce just four years later.

The 1,754-acre forest, once a barren land, has transformed back into its original state as a tropical paradise since the Instituto Terra planted those two million trees. The healthy ecosystem of the new forest has facilitated the regrowth of hundreds of species of plants and has seen the return of wildlife.

The area, which now holds official status as a Private Natural Heritage Reserve, is home to an estimated 293 species of trees, 172 species of birds, 33 types of mammals, and 15 species of amphibians and reptiles, many of which are endangered. On top of the rejuvenated flora and fauna, the area has also gotten back its naturally-flowing springs. 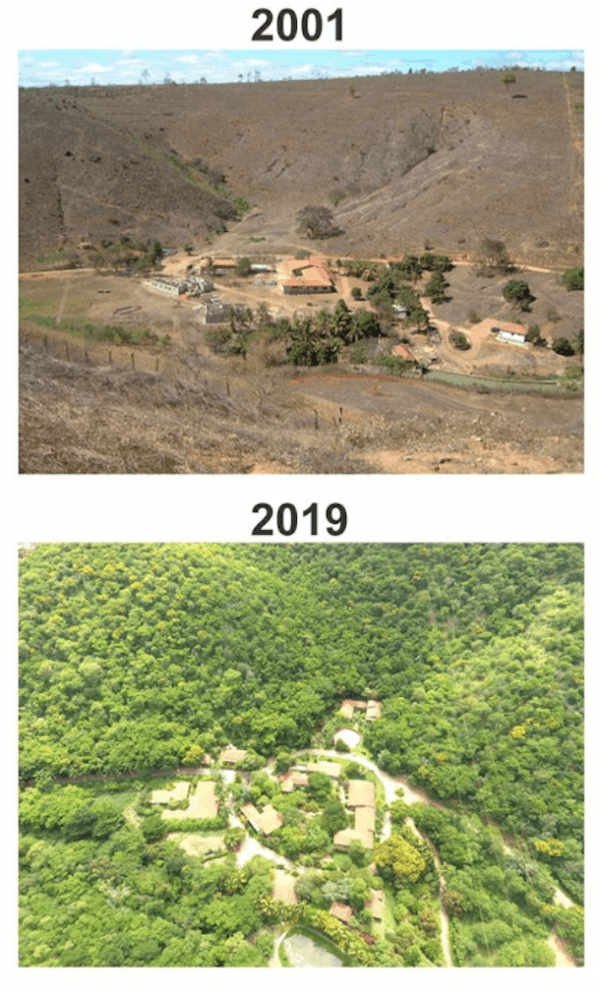 In a meeting with religious leaders discussing the effects of climate change, Salgado reinforced the concept of tying together spirituality with the environment around us, one of the important lessons he has learned from his family’s reforestation efforts.

“We need to listen to the words of the people on the land,” Salgado said. “Nature is the earth and it is other beings and if we don’t have some kind of spiritual return to our planet, I fear that we will be compromised.”

The idea that spirituality is connected to the earth has been a concept held by generations of Indigenous cultures, but many modern religious communities are now adopting these principles too.

For instance, Bishop Fredrick Shoo, known as “the tree bishop,” who was present at the climate meeting is also seeking to rebuild his community’s resources and faith. He lives on the grounds at the foot of Mount Kilimanjaro in Tanzania and in an effort similar to Salgado’s, is looking to reforest his area’s affected lands, too.

“We are now mobilizing the community, especially the youth and the church members, to plant as many trees as possible. So far we have managed to revive thousands of acres,” Shoo told the meeting attendees.

Shoo’s residents are mostly small farmers who are also members of his Lutheran church diocese. They have seen the ravages of climate change impact their wellbeing. There has been declining rainfall, soil degradation, and dried-up waterways, likely due to the shrinking glaciers of its mountains and the degradation of its forests. The changes in the environment have affected the community’s livelihood and way of life dramatically.

Nathan Kyamanywa, an Anglican bishop of Bunyoro Kitara who works in the Hoima, Kibale, and Buliisa districts in western Uganda, has also started to plant seedlings across these areas some 10 years ago. “We are witnessing a distinct warming of the climate system. The reality of climate change is that it hits the poor and vulnerable the hardest,” Kyamanywa said.

“It leaves them with two choices: survival or development. People have no choice but to cut a tree to put food on the table. A man will say, ‘Let me die tomorrow rather than today.’ That’s why people have grabbed the trees and encroached on wetlands and the rivers.”

According to the National Forest Foundation, reforestation is extremely beneficial to the environment. Rejuvenating damaged land area means better quality in natural water resources, more resilient species of flora and fauna, improved air quality, and even more options for outdoor recreations for people.

The hard work of individuals like Salgado and Bishops Shoo and Kyamanywa who understand the importance of protecting our ecosystem seems like grand-scale efforts. But their humble beginnings prove that the biggest accomplishments can be achieved through even the smallest steps.

After learning about the amazing efforts of photographer Sebastião Ribeiro Salgado, read the story of Pakistan’s incredible cocooned trees. Then, take a look at these images of the eerie charcoal forest captured by Oskar Zapirain.