Meet Shoji Morimoto, The Japanese ‘Do-Nothing Guy’ Who People Can Rent Out Just For Company

Shoji Morimoto provides a curious service to the lonely and socially anxious — and has been in especially high demand since the COVID-19 pandemic. 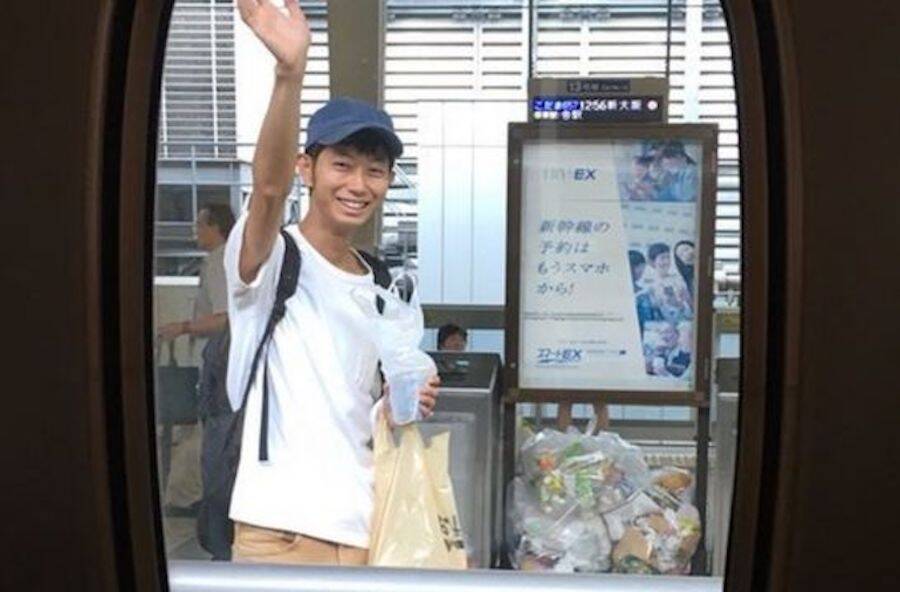 @morimotoshoji/TwitterShoji Morimoto has done it all, from waving strangers goodbye to watching them busk in the rain.

With more than 37 million residents, Japan’s bustling capital can be a daunting and lonely place. Even prior to the COVID-19 pandemic, countless Tokyoites had difficulty navigating their social anxieties. Well aware of that fact, Shoji Morimoto offered his services — doing nothing at all.

The 38-year-old has made a living by renting himself out to clients who don’t want to be alone. Known as “Rental-san,” Morimoto charges 10,000 yen (or $85) per session. According to The Independent, he’s done it all — from quietly accompanying divorcées to lunch to waving goodbye as a client boarded his bullet train.

“I offer myself for rent, as a person who does nothing,” he tweeted in June 2018. “Is it difficult for you to enter a shop on your own? Are you missing a player on your team? Do you need someone to keep a place for you? I can’t do anything except easy things.”

While Morimoto initially offered his services for free, he’s since completed more than 4,000 paid requests. A husband and father, he maintains a dual-income household and raises his son — while his endearing social media presence has made him a national sensation and even inspired books and a television series. 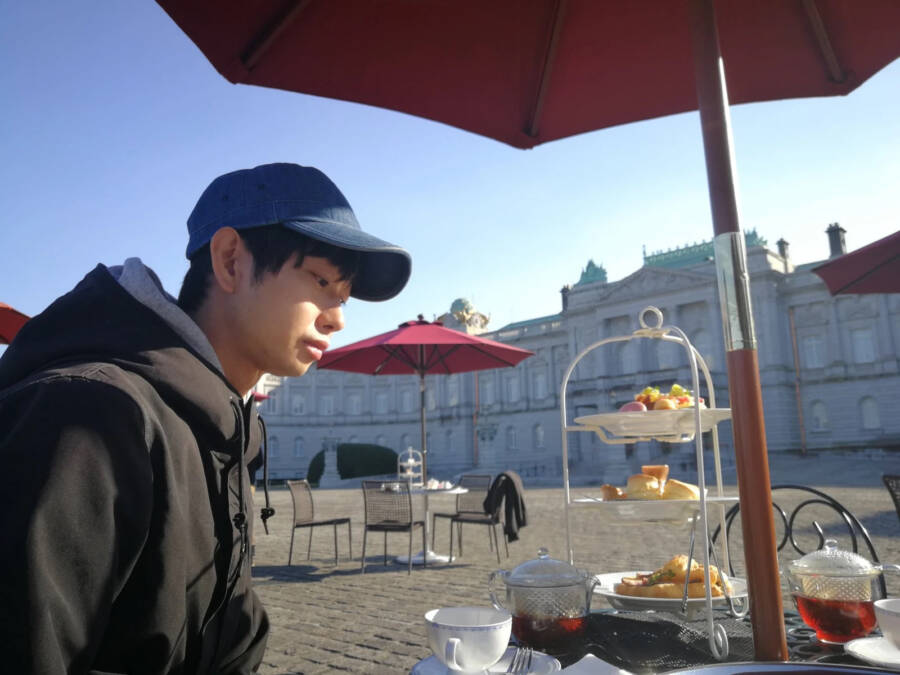 @morimotoshoji/TwitterMorimoto meets one to two clients per day.

While his work might suggest otherwise, Morimoto isn’t a slouch. With a postgraduate degree in physics from Osaka University, he tried long and hard to build a traditional career before his newfound job took over. After being constantly told that he lacked initiative, however, he realized that doing nothing could be a skill.

According to The Washington Post, the self-made gig suits Morimoto rather well. Fairly introverted and quiet when he isn’t working, being paid to listen or accompany strangers on errands is both easy and rewarding. In his signature blue baseball cap and a hoodie, he joins one to two clients per day — and learns a lot.

“I think when people are feeling vulnerable or are in their intimate moments, they become more sensitive toward people that are close to them, like how they will be perceived, or the kind of actions they will take for them,” said Morimoto. “So I think they want to just reach out to a stranger without any strings attached.” 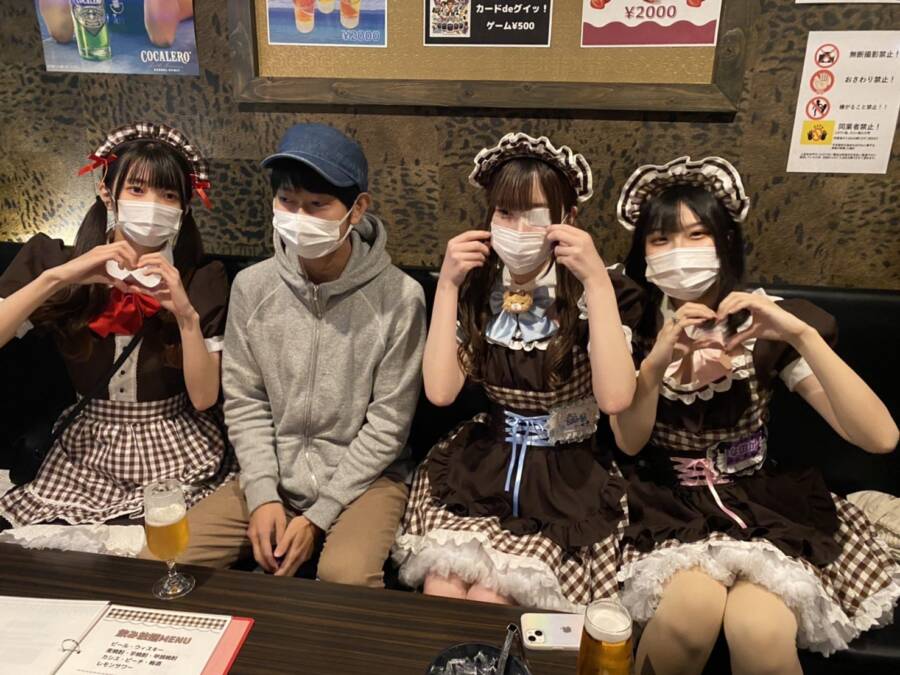 Japan and South Korea have spawned services like this before. Many have needed a paid stranger to bring along on social gatherings as their plus-ones or pretend to have a dear friend when they don’t. One man even touts himself as ugly — and rents himself out to make clients look more handsome in comparison.

Morimoto, however, doesn’t have a gimmick. He’s turned down requests to pose nude or clean people’s homes and only accepts genuine asks, according to CBS News. When divorcée Akari Shirai wanted to eat at her favorite restaurant without thinking about her ex-husband, for instance, she hired him to quietly join her.

“I felt like I was with someone but at the same time felt like I wasn’t, since he existed in a way where I didn’t have to be attentive of his needs or think about him,” she said. “I felt no awkwardness or pressure to speak. It may have been the first time I’ve eaten in complete silence.”

That 45-minute lunch went swimmingly for both people involved. Shirai was able to enjoy her meal in the presence of an impartial stranger, while Morimoto was handsomely paid and fed. Shirai even showed him photos of her wedding and told him stories, with Morimoto responding briefly with a chuckle or few words. 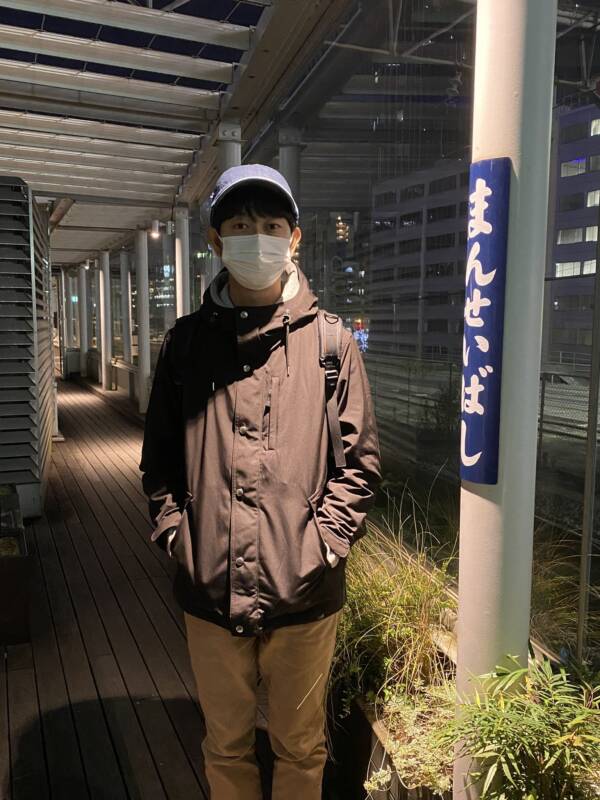 @morimotoshoji/TwitterMorimoto has a wife and son.

Others, meanwhile, have had more serious issues to navigate. One client asked Morimoto to join him as he revisited the site of his suicide attempt to process the trauma. Another needed company during hemorrhoid surgery consultation, while another needed someone to listen about a murder they had witnessed.

“Even if people look normal and fine on the surface, they often have shocking pasts or secrets, or impossible problems,” he said. “People who come to me with crazy problems, they’re usually not people who look like they’re suffering … Everyone, even the ones that seem well, all have their own sets of problems and secrets.”

Since he first offered his services, Morimoto has tended to healthcare workers fatigued by the pandemic, cheered clients on at marathons, and waved people goodbye as if they were best friends. Rather than judge clients for their perceived weaknesses, he lends them company — and learns something new every day.

After reading about Shoji Morimoto, learn about the Michigan barbershop that pays kids to read aloud while getting a haircut. Then, read 33 interesting facts about Japan.