Snake wine is considered by many to be a miracle cure-all, but how exactly is the cure made?

It’s probably safe to say that most people don’t like snakes. In fact, more than half of American’s claim that snakes are their biggest fear, more than public speaking, and more than flying and injections combined.

And that’s just when the snakes are on the ground, going about their daily lives. Can you imagine what these people would do if the snakes were in their food? Or worse, their liquor?

For thousands of years across hundreds of countries, people have been eating and drinking weird things in the hopes that it will cure what ails them. Things like insects, human urine, and even dead human bodies have been ingested by people hoping for a miracle cure. Thankfully, most of those techniques have fallen by the wayside.

However, there is one in particular that has stood the test of time. 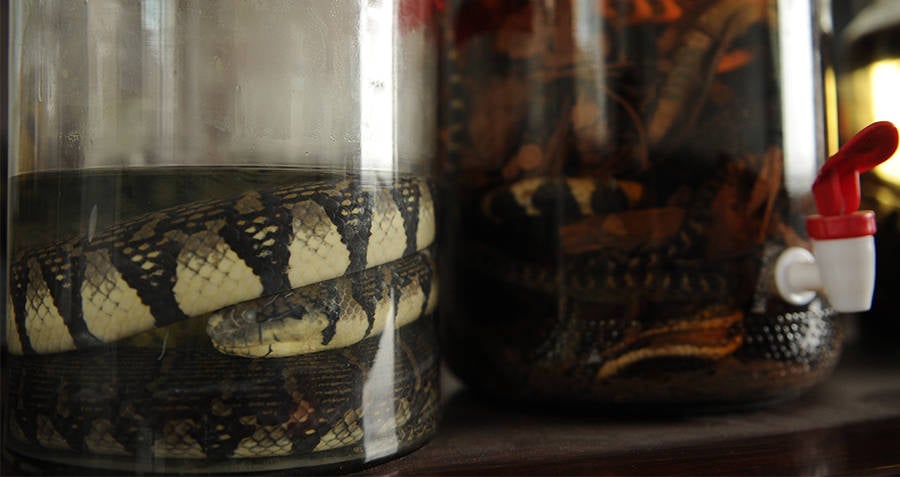 According to traditional Chinese medicine, snakes have impressive restorative and invigorating powers. They can increase virility, reverse hair loss, and combat back pain and arthritis. For this reason, snake soup and other snake-centered cuisines are quite popular throughout Asia.

For those unwilling to actually ingest the snake itself, there is an easier, and perhaps less direct method of imbibing a snake’s magical properties: snake wine. 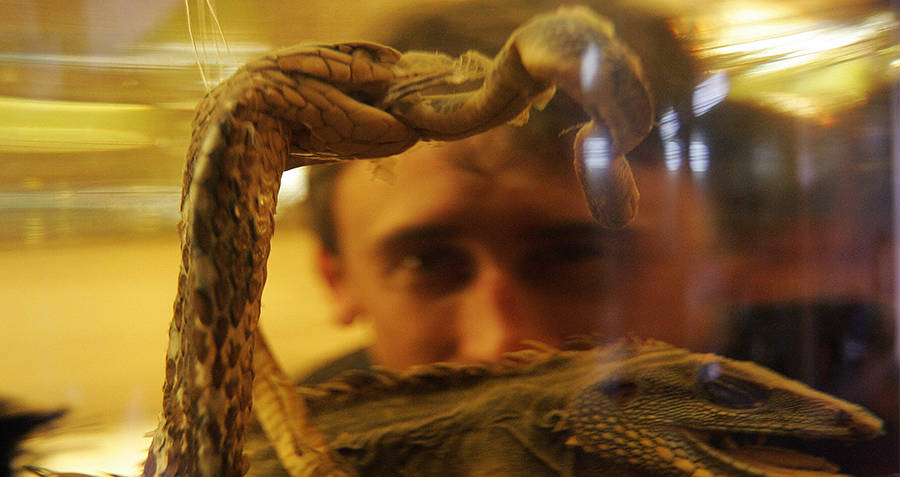 Getty ImagesA snake sits in a bottle, holding another snake in its jaws.

Visitors to most southeastern Asian countries will notice the delicacy instantly; a snake, coiled or posed as if ready to strike, nestled neatly inside a glass bottle filled with alcohol, ginseng, and wolfberries. The most common method of preparation is simply to drop the snake – usually alive, sometimes not – into the pre-bottled wine, usually a form of rice wine.

Snake wine is made with a live snake.

Usually, the snake gets some company, as smaller insects or sometimes other snakes are added as well. The idea behind the wine is that the alcohol dilutes and breaks down the snake’s venom while preserving the medicinal “essence” of the snake’s meat.

After being left to ferment for several months, the wine is ready. The wine is meant to be consumed in small amounts, roughly an ounce or two at a time, as needed.

The wine is usually sold in touristy areas of Asia, such as roadside stalls and farmers’ markets, usually months after the bottling has occurred. True bottlers of snake wine will remove the snake before selling it. The bottles that contain the stereotypical hooded cobras, tiny lizards, or scorpions are usually sold by salesman hoping to add some shock value to their work and appeal to tourists looking for a conversation piece. 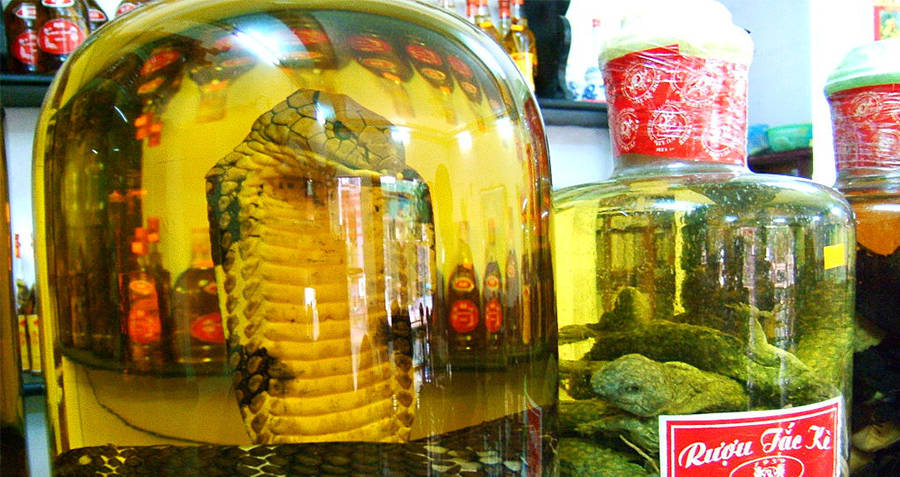 Some sellers will bottle the snake wine in front of you. In Taipei, Japan, visitors to the Huaxi Street Tourist Night Market, colloquially known as “Snake Valley,” can get a fresh bottle of snake wine, made to order.

Hawkers have been known to gather live snakes and keep them for tourists. They then take the squirming reptile, slit its underbelly, and drain the blood into a glass or bottle of wine, in front of the captivated, or horrified, onlookers.

And It Comes With Some Not-So-Surprising Dangers

If purchasing snake wine is too mainstream for your tastes, recipes exist for homemade snake wine, though experts are beginning to advise against it. Certain snakes, as it turns out, are quite gifted at hibernation, or appearing dead while they are in fact very much alive and simply lying dormant.

In 2013, a woman who had bottled her own snake wine was rushed to the hospital after a run-in with a hibernating viper. The woman had bottled the viper three months prior, and had been slowly sipping on the alcohol, poured out through a small spigot at the bottom of the bottle. However, when she went to add more alcohol through the top, she opened the lid, and the viper jumped out.

Until recently, the hype surrounding snake wine was nearly non-existent. Traditionally the wine was sold just like any other spirit, in an unobtrusive bottle, the main ingredient noticeably absent, next to the other, more average wines and spirits. Who knows, perhaps you’ve partaken in snake wine and not even known it – though most experts insist that you probably would, as it would be hard to miss its noticeable “amphibious” flavor.

After learning about snake wine, check out the venomous snake that was “rediscovered” after experts thought it was extinct. Then, watch these Indonesian special ops soldiers eat live snakes to prove their strength.