How well do you know the award-winning director? 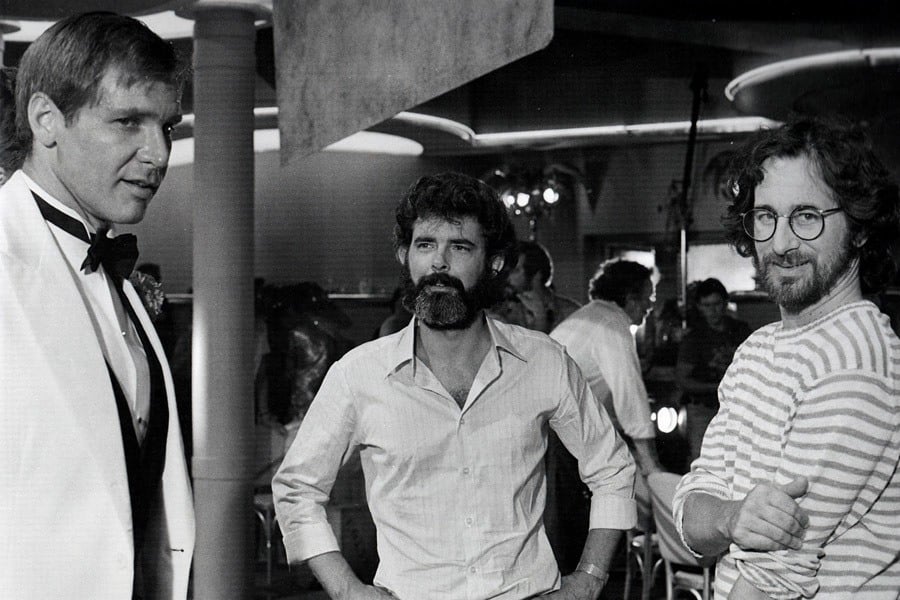 With Harrison Ford and George Lucas.

December 18th marks Steven Spielberg’s 69th birthday. Even as one of Hollywood’s top directors, there are still many things about Spielberg that elude common knowledge. Here are 15 pieces of trivia about one of Tinseltown’s biggest names that you probably didn’t know: 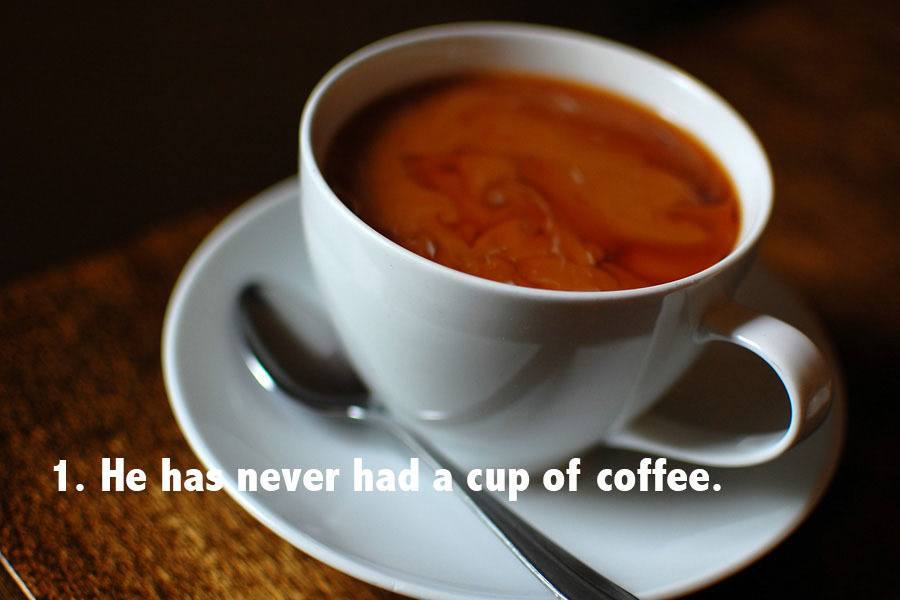 Spielberg has managed to make it to the top of the directorial pack without imbibing a single cup of coffee. In a quote taken from IMDB, Spielberg states, “I don’t drink coffee. I’ve never had a cup of coffee in my entire life. That’s something you probably don’t know about me. I’ve hated the taste since I was a kid.” 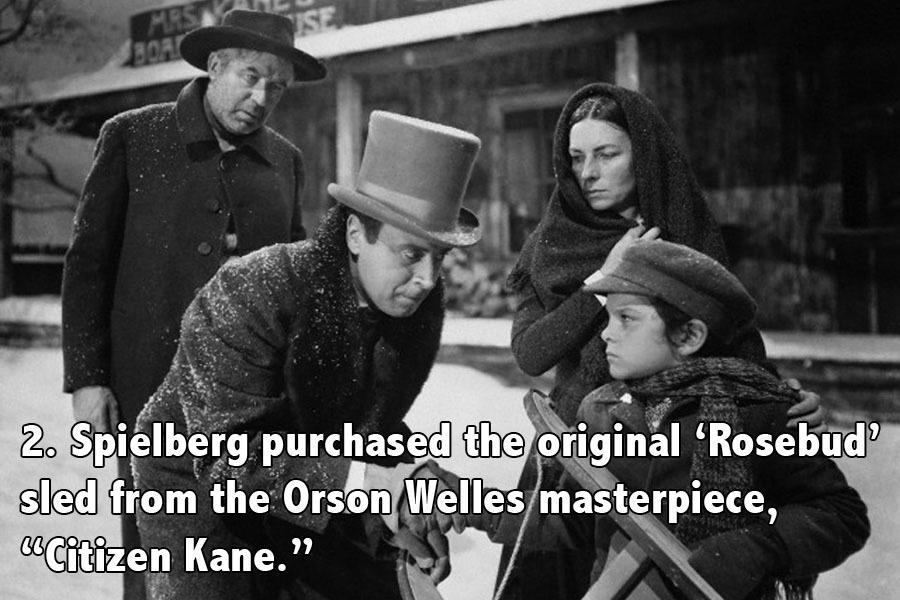 Three Yankee Clipper sleds were made for the 1941 filming of Citizen Kane, two of which were burned during filming. Spielberg purchased the last surviving sled at a 1986 auction for $60,500. 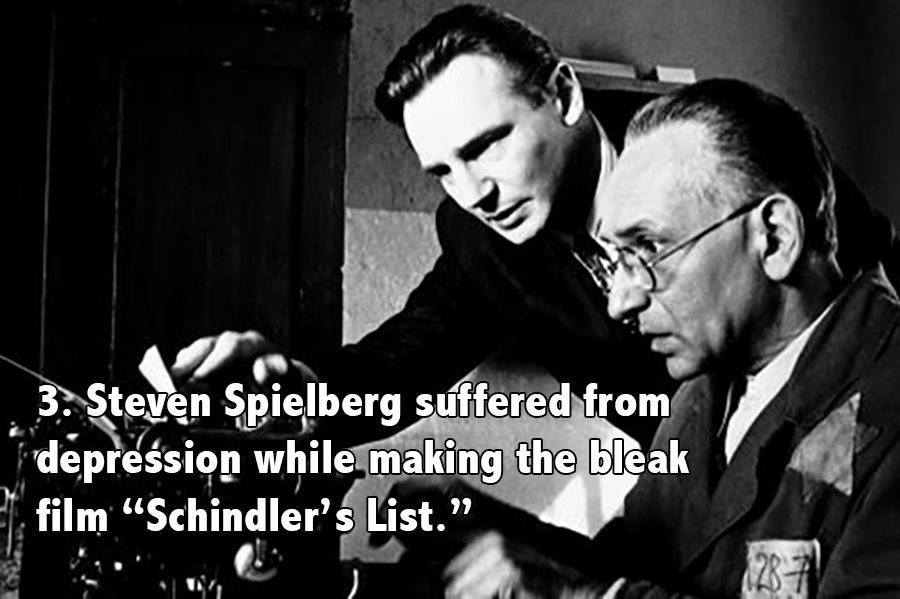 To cheer up, Spielberg would speak with Robin Williams. 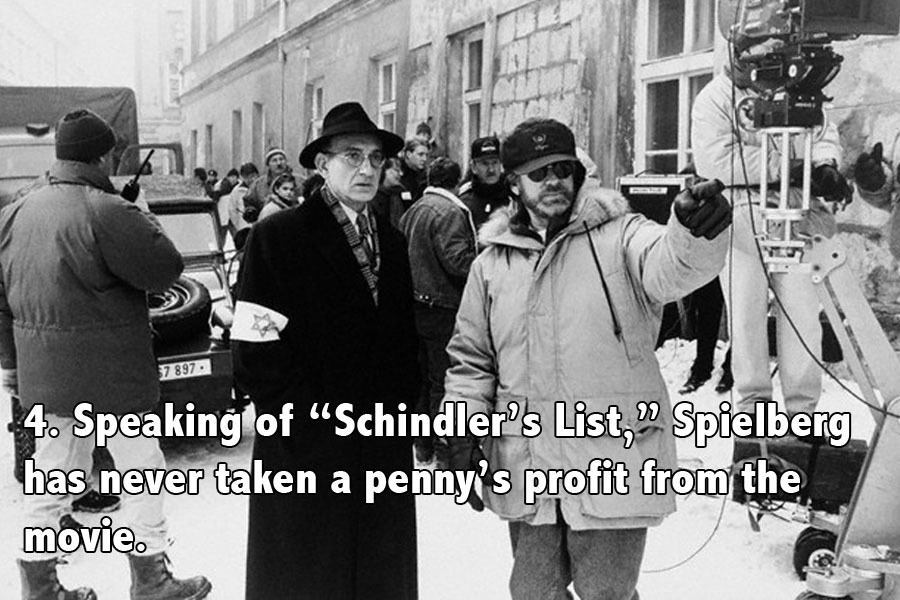 In an interview with Katie Couric on the Today Show, Spielberg said, “It is blood money. Let’s call it what it is. I didn’t take a single dollar from the profits I received from Schindler’s List because I did consider it blood money.” He instead has donated any profits from the film due to him to the Shoah Foundation. 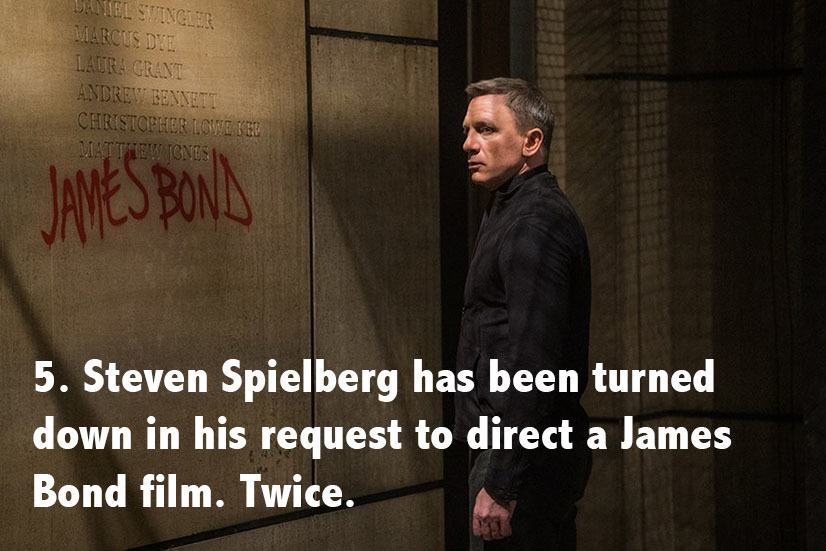 Albert R. Broccoli has been producing films in the James Bond franchise for many years. Early in his career Spielberg approached the producer about directing a James Bond film but was told he needed to get more experience. Shortly after releasing Schindler’s List, Spielberg tried again. This time he was told, “Now I can’t afford you.” 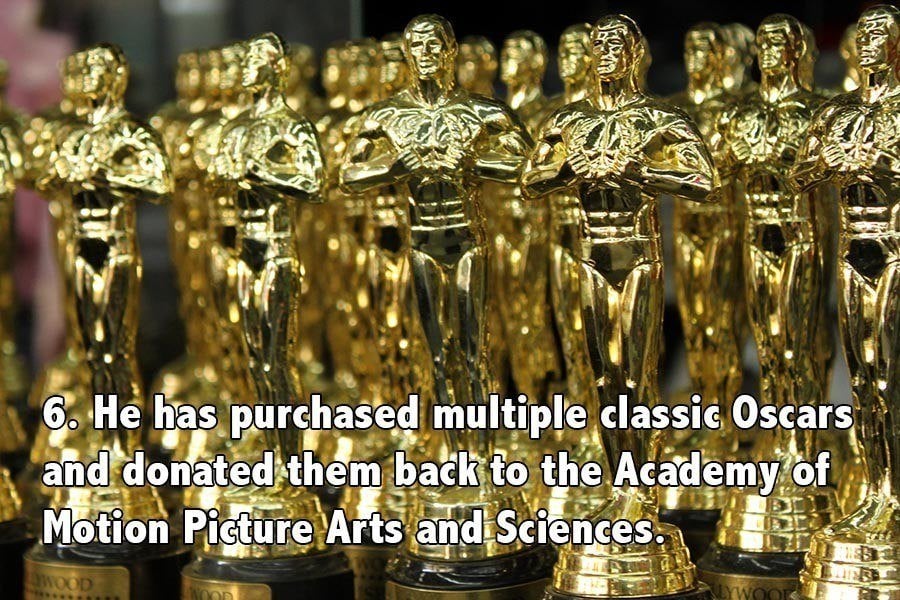 In an effort to help the Academy preserve film history, Steven Spielberg purchased and then re-donated Clark Gable’s 1934 Best Actor Oscar for It Happened One Night, and Bette Davis’ Best Actress Oscars for Dangerous (1935) and Jezebel (1938). Spielberg spent $1,365,500 on the three historic trophies. 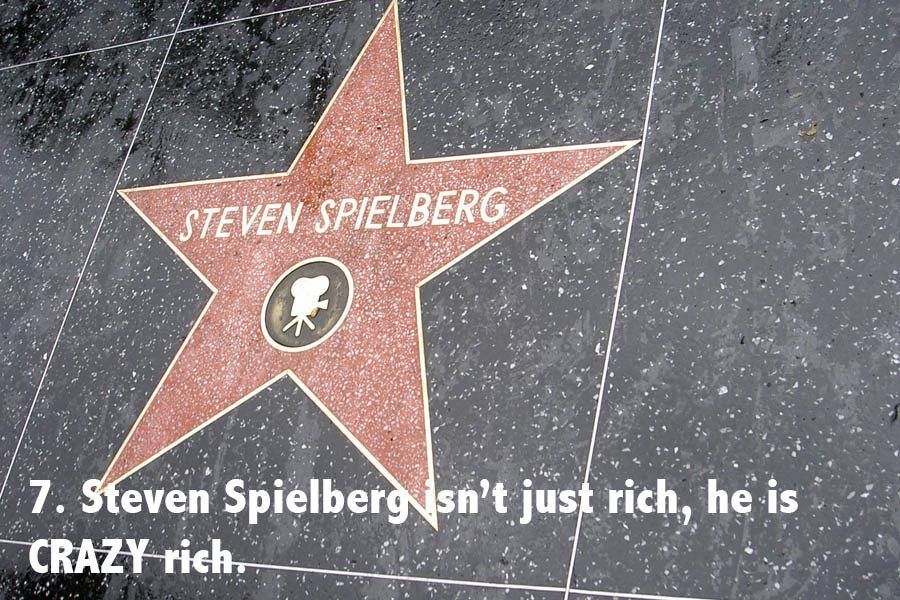 Ranking at no. 164 on the Forbes 400 list of America’s richest people, Spielberg has a current estimated net worth of $3.6 billion.

Not only has he directed some of the highest-grossing movies ever made, he has also made shrewd decisions when it comes to financial structuring. With all three original Jurassic Park movies, he took points on the back end – leading to a payout of $250 million on the first film alone. Spielberg also receives 2.5% of the proceeds from the Star Wars films, thanks to a deal he made a long time ago with good friend George Lucas. 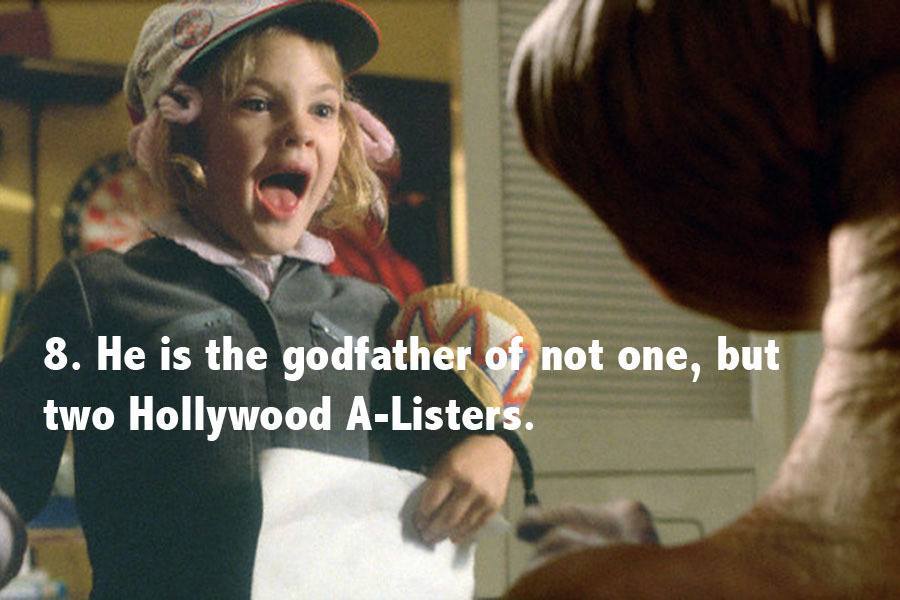 Drew Barrymore on the set of E.T. in 1982. Image Source: Facebook

Spielberg has cast numerous children to star in his films, and years after having appeared in his movies, both Drew Barrymore (E.T.) and Gwyneth Paltrow (Hook) became Spielberg’s goddaughters. Later, when Barrymore famously posed for Playboy magazine, Spielberg sent her a package containing a quilt and a note telling her she needed to “cover up.” 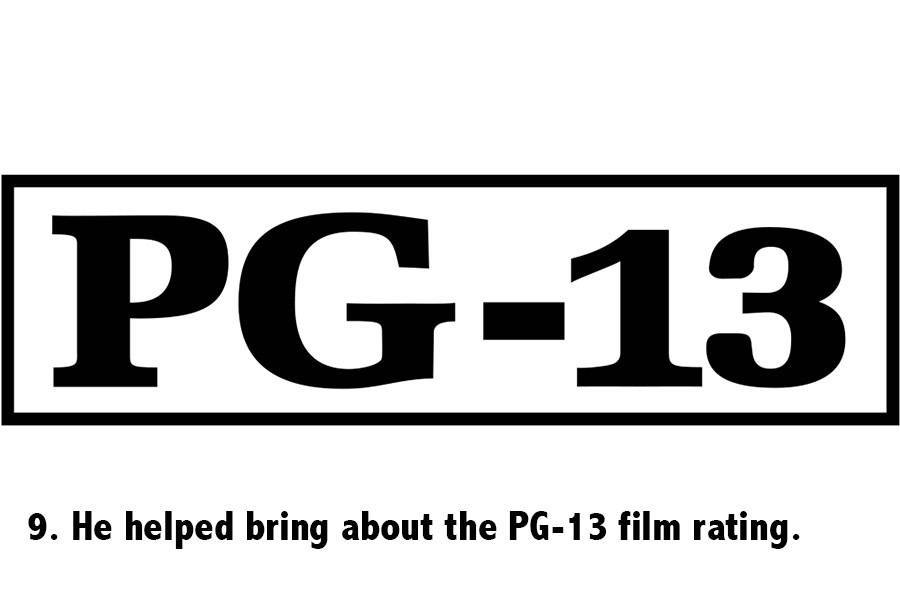 After some of his films such as Gremlins and Indiana Jones came under fire for scenes considered to be too scary for children, Spielberg suggested to Motion Picture Association of America president Jack Valenti that there be a rating falling between PG and R. In an interview with Vanity Fair, Spielberg said, “I suggested, ‘Let’s call it PG-13 or PG-14, depending on how you want to design the slide rule,’ and Jack came back to me and said, ‘We’ve determined that PG-13 would be the right age for that temperature of movie.’” 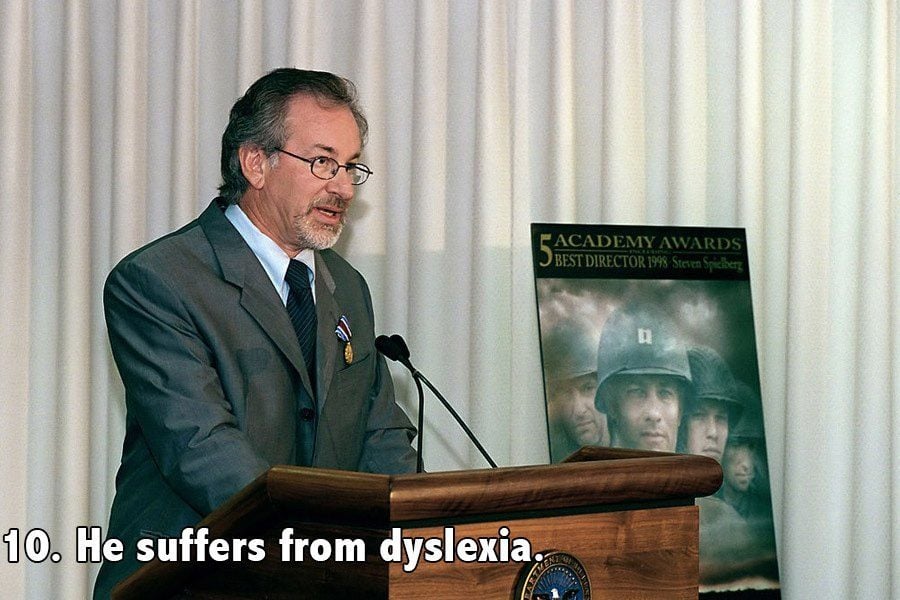 For many years Steven Spielberg suffered from an un-diagnosed learning disability which made it difficult for him to learn to read, making him an easy bullying target by classmates. His difficulties reading were often incorrectly attributed to laziness, and the director would not be diagnosed as having dyslexia until he was 60 years old. 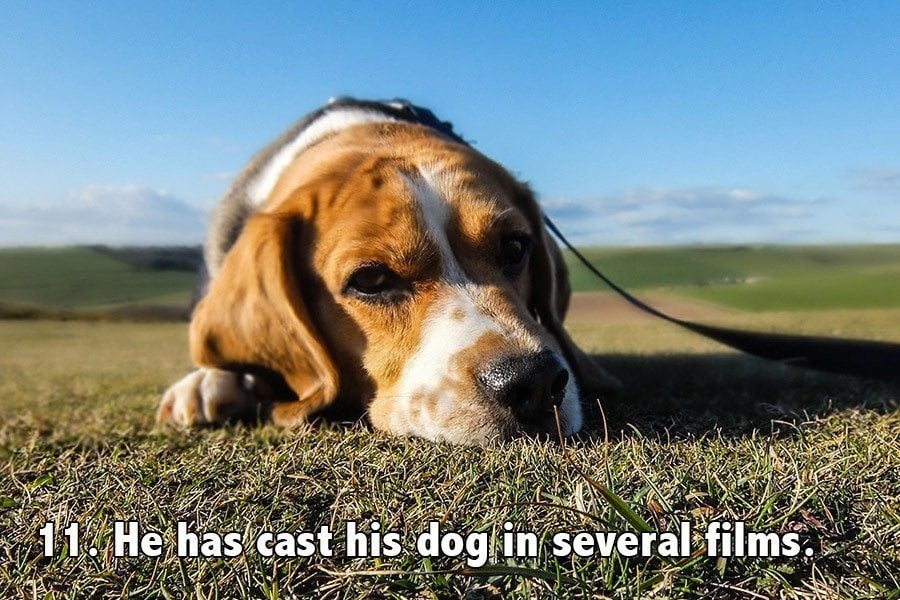 Steven’s pet cocker spaniel Elmer appeared in many of his films – including Close Encounters of the Third Kind, The Sugarland Express, 1941, and Jaws. Elmer actually appeared in more Spielberg films than any one human actor. 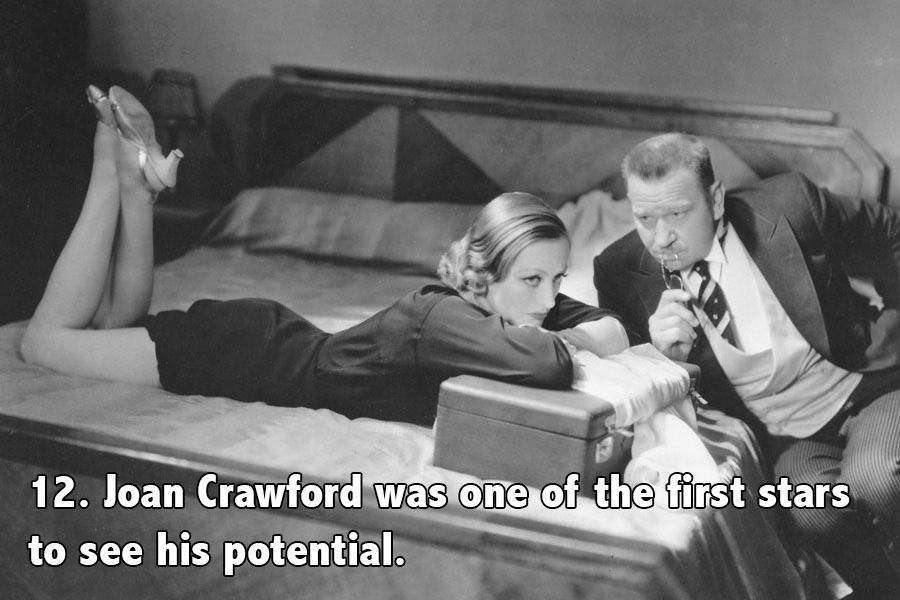 During an interview on the set of Night Gallery in 1969 — in which a young Spielberg was directing a segment entitled ‘Eyes’ — Crawford told a reporter for the Detroit Free Press to “Go interview that kid because he’s going to be the biggest director of all-time.” The two would remain friends until Crawford’s death in 1977. 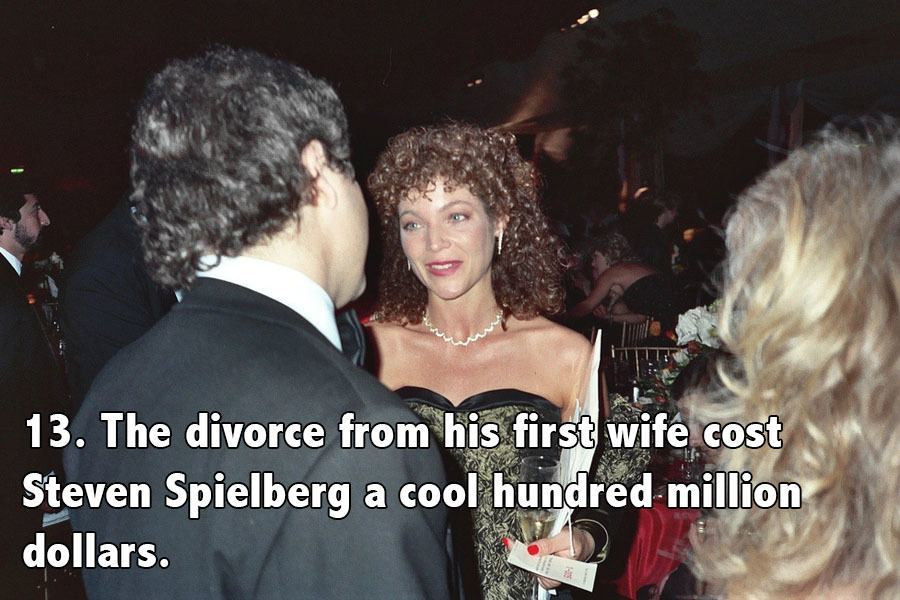 When Spielberg’s marriage to Amy Irving came to its bitter end, a judge awarded Irving $100 million after disregarding a prenuptial agreement that had been written on a napkin. The 1989 divorce settlement is considered one of the costliest in American history. 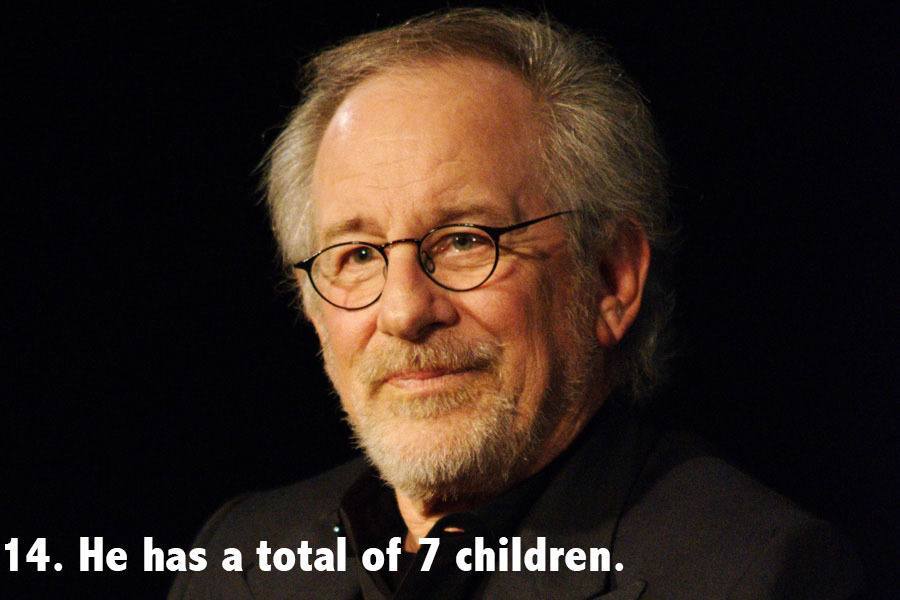 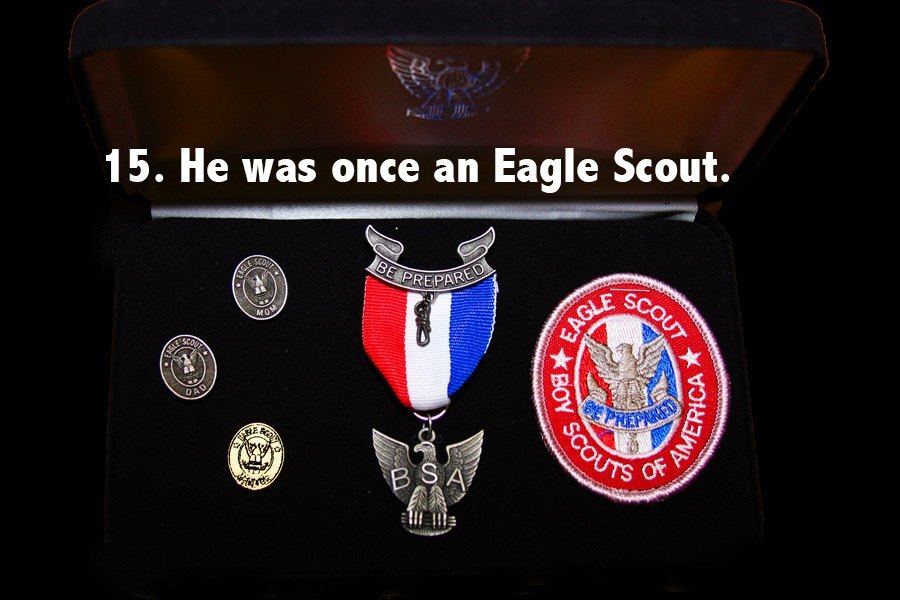 Possibly the most famous Boy Scout of all time, Spielberg had the drive and determination to climb to the highest level of the organization, Eagle Scout. However, in 2001 he resigned – due to the group’s long history of bigotry.

In a prepared statement given at his resignation, Spielberg said, “It’s a real shame, I thought the Boy Scouts stood for equal opportunity and I have consistently spoken out publicly and privately against intolerance and discrimination based on ethnic, religious, racial and sexual orientation.”