How Sylvia Browne Duped Millions As A “Psychic And Spiritual Leader”

Sylvia Browne appeared on Larry King Live and The Montell Williams Show, wrote dozens of books, and made millions of dollars a year, but her body of work was a complete fabrication. 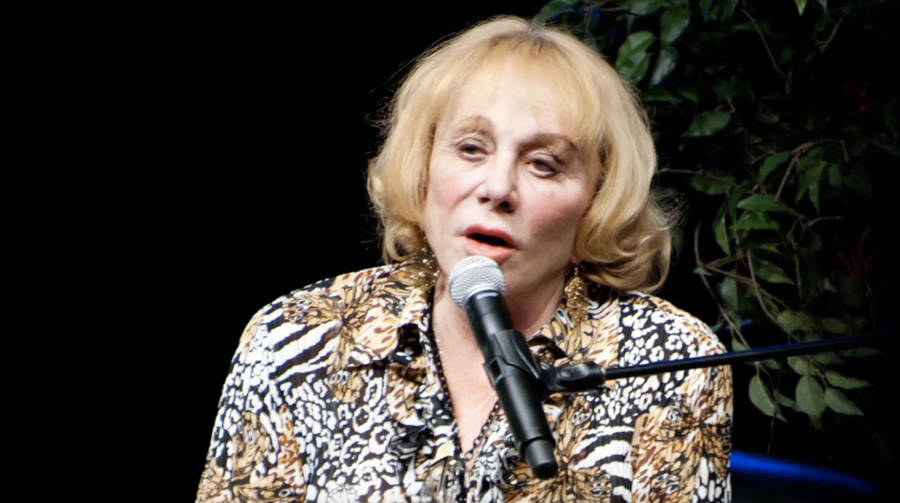 Steve SnowdenSylvia Browne during an interview in the later part of her life.

For most, television psychics are obvious charlatans who manipulate psychological sleight of hand. The power of suggestion and the ability to lure someone along through a threadbare detail are certainly impressive, but not supernatural.

In Sylvia Browne’s case, however, fame and credibility walked hand in hand for a while — at least for her devoted listeners, viewers, and readers. Dubbed “America’s most controversial psychic” by The Guardian‘s Jon Ronson, the supposed medium entertained (or fooled) the public for four decades.

Born Sylvia Shoemaker on October 19, 1936, in Kansas, Missouri, the Society of Novus Spiritus — a Gnostic Christian organization she founded in 1986 — claims she received a graduate degree in English at an unidentified school and worked as a teacher for 18 years before training as a “trance medium.” 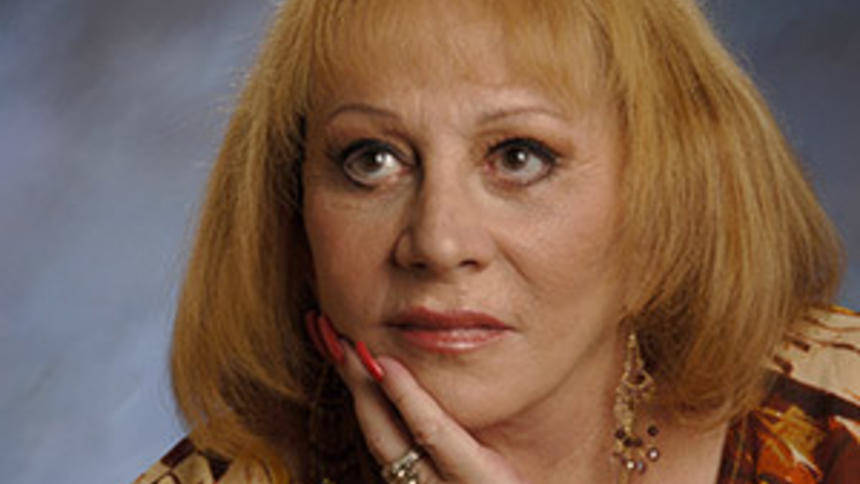 A publicity still of Sylvia Browne.

Browne’s niche was telling the distraught parents of missing children what had happened to them. The Montel Williams Show would host and facilitate these sessions, in which Browne essentially fabricated entire narratives surrounding missing, and possibly dead, children.

“Your child is dead,” Browne would sometimes say. Alternatively, she told one pair of parents, “Your child was sold into slavery in Japan.” Her self-proclaimed ability to see into the past, future, and afterlife ran the gamut, in other words.

According to The New York Times, Browne claimed she was able to glimpse back centuries into the past. She said she could speak to the dead and that her abilities helped various police departments solve numerous murders and locate suspects previously unknown.

When missing congressional intern Chandra Levy was found dead in Washington’s Rock Creek Park, Browne quickly took credit for predicting the discovery. But police had already been searching the area since May 2001 — making it a fairly warranted bet to double down on.

In 2004, Browne directly told the mother of Ohio kidnapping victim Amanda Berry that her daughter was dead. There was a slight issue with the medium’s psychic ability to know this, though, because a decade later Amanda Berry escaped captivity from Ariel Castro.

A compilation of Sylvia Browne’s five most incorrect predictions.

This wasn’t an isolated case, either: Browne told parents of missing children supposed facts like this far more than once. She’d tell them their kid was either missing — which, when parents don’t know where their kids are, is a literal fact — or deceased.

Sometimes Browne would tell these parents specific locations of their dead child. She was mostly wrong.

When Browne wasn’t peddling falsified faith and hope on Larry King Live and The Montell Williams Show, she made her money from willing customers who spent $700 per 30-minute phone conversations. That’s $23 per minute.

The bizarre choice to tell a saddened grandmother that her granddaughter was sold into slavery in Japan was one Browne actually made. The stunning statement was made when six-year-old Opal Jo Jennings went missing in 1999.

A month earlier in March 1999, Opal was kidnapped from her grandparent’s front yard in Texas. She was playing with her cousin when suddenly, a man forcibly grabbed her and threw her into his truck. He hit her as she screamed and drove off before anyone could rescue her.

“This is too much for my family and me to handle,” she said. “We want her back. I need to know where Opal is. I can’t stand this. I need your help, Sylvia. Where is Opal? Where is she?”

The moment came for Browne to provide arguably the most unexpected and preposterous prediction of her career.

The crowd of The Montell Williams Show was floored, as evident by a complete moment of baffled silence.

Of course, this didn’t help Opal’s grandmother. Now she had a stranger’s opinion that her kidnapped granddaughter was “put into some kind of a slavery thing,” and not much else. She appeared exhausted and confused. 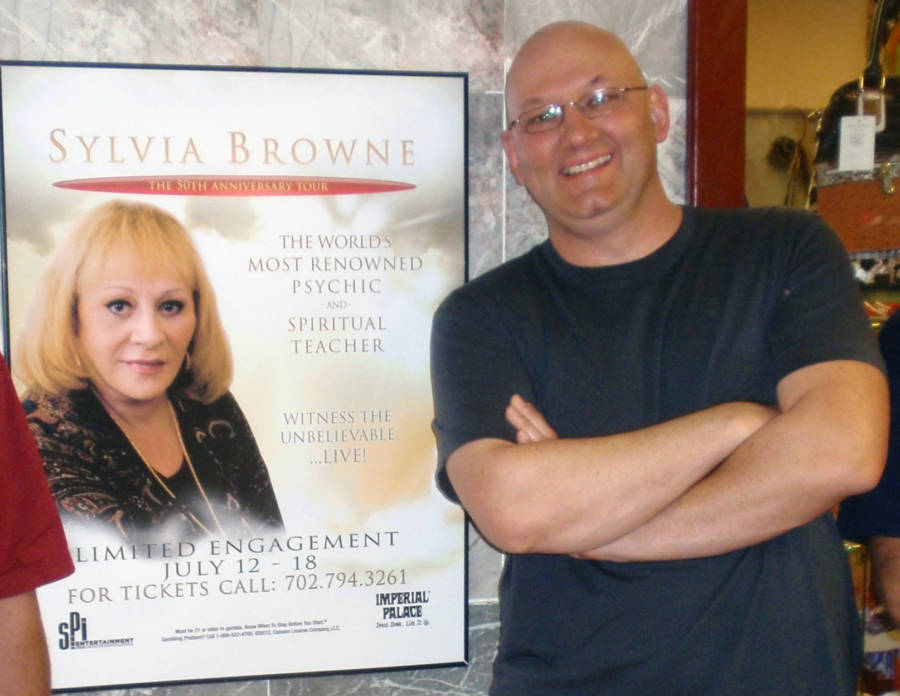 Wikimedia CommonsAuthor Ben Radford at a Sylvia Browne protest during the annual ‘The Amazing Meeting 2012’ conference of skeptics.

As usual, Browne’s prediction was not only baseless and potentially damaging to the woman’s mental health, but entirely incorrect. Opal was found dead and buried in Fort Worth, Texas. The pathologist concluded she was killed the same night she was abducted.

Opal wasn’t put on a boat, nor a plane, nor forcibly taken to Japan, and did not experience white slavery. Browne simply made it up and fed the misinformation to a family in emotional and spiritual turmoil for televised adoration and a chance at expanded fame.

The motive was obvious: money and the national spotlight. The moral basis to go through with this, of course, requires a rare breed of egocentrism and greed. According to Browne’s FBI file, however, she certainly had plenty of it.

The Evidence Sylvia Browne That Was A Charlatan

Debunking someone’s statements before the advent of the internet wasn’t as straightforward as it is now. When Browne claimed to have worked with law enforcement on numerous cases, many people simply took her word for it.

“I remember when I was working on the Bundy case,” she told Montell Williams during a November 2004 appearance. According to The Skeptical Inquirer, which explored Browne’s FBI files through a standard Freedom of Information Act request, she did no such thing.

The Bureau had been investigating the supposed medium for fraud as her roster of books, media appearances, and CDs were raking in millions of dollars a year. Browne even charged the Thibodaux Police Department $400 for a psychic analysis of a murder case in 1997. Her “work” had no impact on the investigation whatsoever. 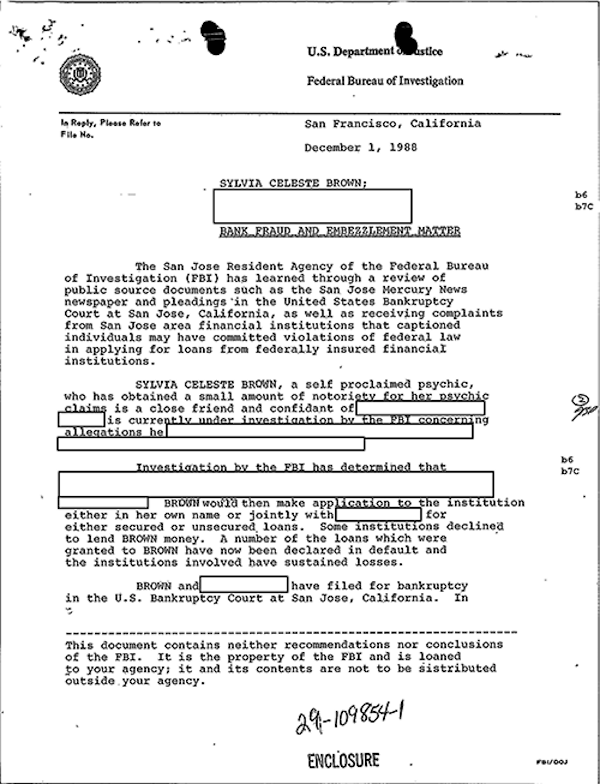 FBI/Public DomainOne of the many documents of Sylvia Browne’s FBI file.

She also said that the FBI wanted her testimony on the World Trade Center attacks of 1993, for which there is not a single piece of documentation from the agency. The notion that she was merely a serial liar was further evidenced by her March 8, 1993, no contest plea with the State of California for “selling securities without a permit.”

The Bureau itself labeled her a “self-proclaimed psychic,” and investigated her Nirvana Foundation for Psychic research years earlier for “violations of federal law in applying for loans from federally insured financial institutions” for over $1 million.

Sylvia Browne offers her thoughts on the potential end of the world in 2012.

The government was largely curious about the “fraudulent documents, including income tax returns and financial statements to enhance her net worth in making these loan applications.” The FBI claimed she used “loan proceeds to support an extravagant lifestyle.”

Ultimately, the U.S. Attorney chose not to prosecute the Bureau’s case, stating there was “insufficient evidence to indicate criminal intent on the part of Brown.” The FBI subsequently ceased its investigation.

A Legacy Of Arguable Good Will And Blatant Deceit

According to CNN, Browne published over 50 books — 22 of which reached the New York Times Best Sellers list. She said her supposed psychic abilities became apparent when she was a toddler and that it was a “very scary thing” for her to know when someone was going to die.

Besides the obvious malpractice of poorly conducted pseudoscience, Browne’s statements on faith, confrontation of death, and general wellbeing are largely benevolent. One could certainly see the appeal, and how simply hearing this woman speak could entice people to stick with her.

Browne’s fabricated predictions that a mother’s dying son will regain his health.

“If you’re afraid to die, you will not fully live,” she told her Facebook followers before she died. “My one prayer every morning that has carried me through my life is, ‘Hi God, it’s me again,'” she wrote a few weeks later.

“It doesn’t matter how you pray,” she added. “It can be just simply talking to God. Remember, God knows your heart and soul.”

In the end, some people may have benefitted from Browne’s generic advice to remain positive in the face of difficult moments. The parents of missing, kidnapped, or dead children, however, were arguably irreparably traumatized by a woman — on national television — lying to their faces.

After learning about Sylvia Browne and how she made millions off of supposed psychic revelations, read about three pseudoscientific cons that are somehow still legal in America. Then, learn about the psychic who got steamed to death as part of a Taoist ritual.