Turkmenistan, The North Korea You Don’t Know About

Everyone seems to agree: the regime in Turkmenistan is rotten. According to Human Rights Watch, the Central Asian nation’s 5 million citizens live in one of “the world’s most repressive countries.” Reporters Without Borders ranks the country as the third most repressive place for journalism, only behind Eritrea and North Korea. The U.S. Department of State recently designated Turkmenistan as a “country of particular concern” for its abysmal record on religious freedom.

A secular democracy in name, Turkmenistan is ruled by the authoritarian President Gurbanguly Berdymukhamedov. He won re-election in 2012 with Saddam Hussein-style support of 97% percent of the electorate and 96% turnout. His petroleum-rich regime regularly arrests dissidents, journalists, and civil society leaders. And time in a Turkmen jail almost always includes abuse and often torture. 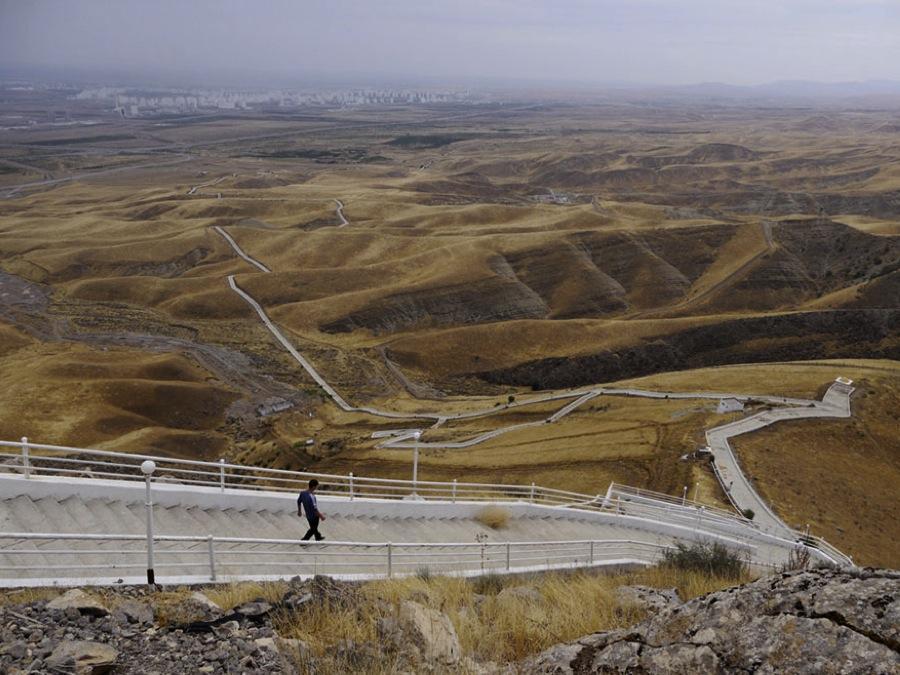 Turkmenistan is larger than Sweden in terms of size, with vast unoccupied spaces. These bleak expanses were once part of the Silk Road connecting China and the West. Source: The Atlantic 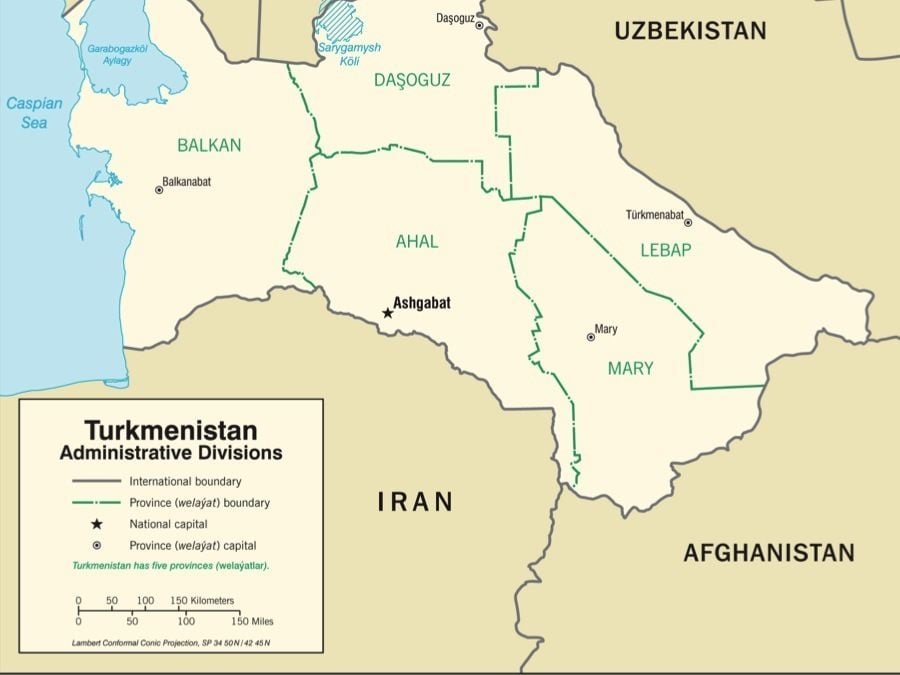 Quick orientation: the Central Asian nation of Turkmenistan sits north of Iran, south of Uzbekistan and Kazakstan, and northwest of Afghanistan. Source: CIA 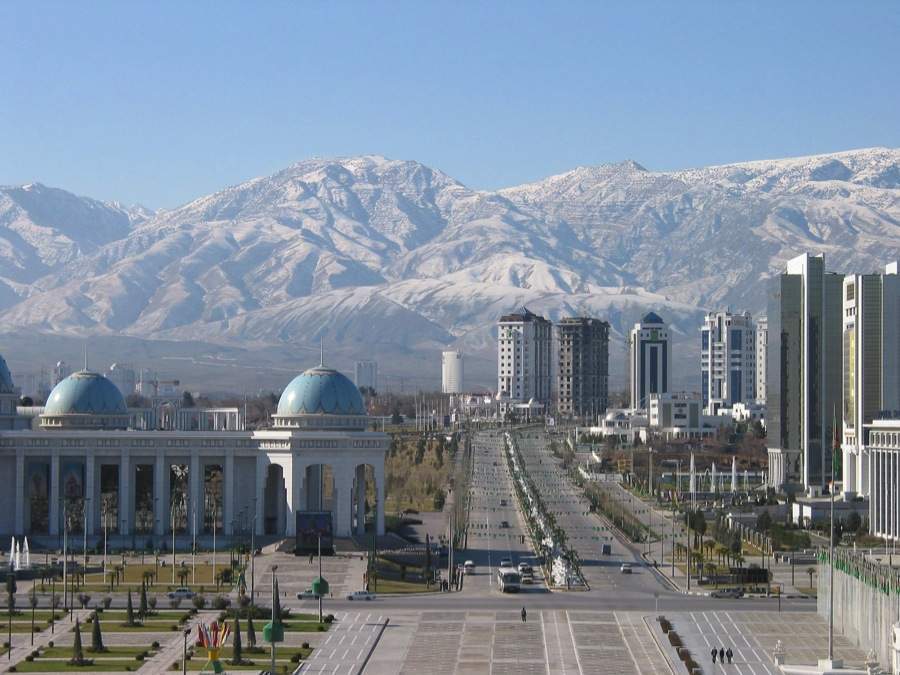 Turkmenistan’s capital of Ashgabat has the wide, mostly empty street so often beloved by dictators. Source: HQ Wall Base 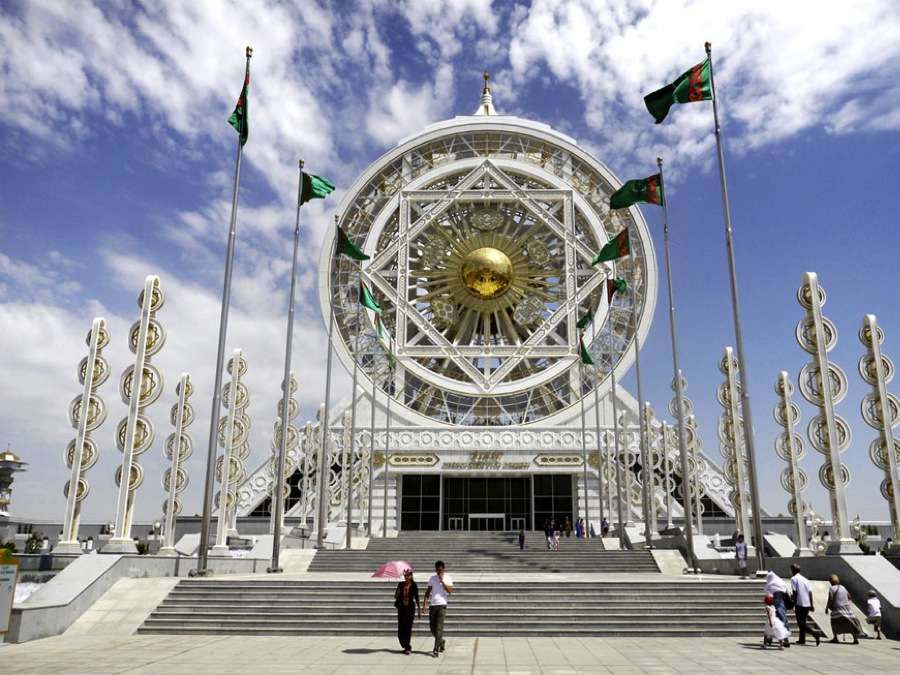 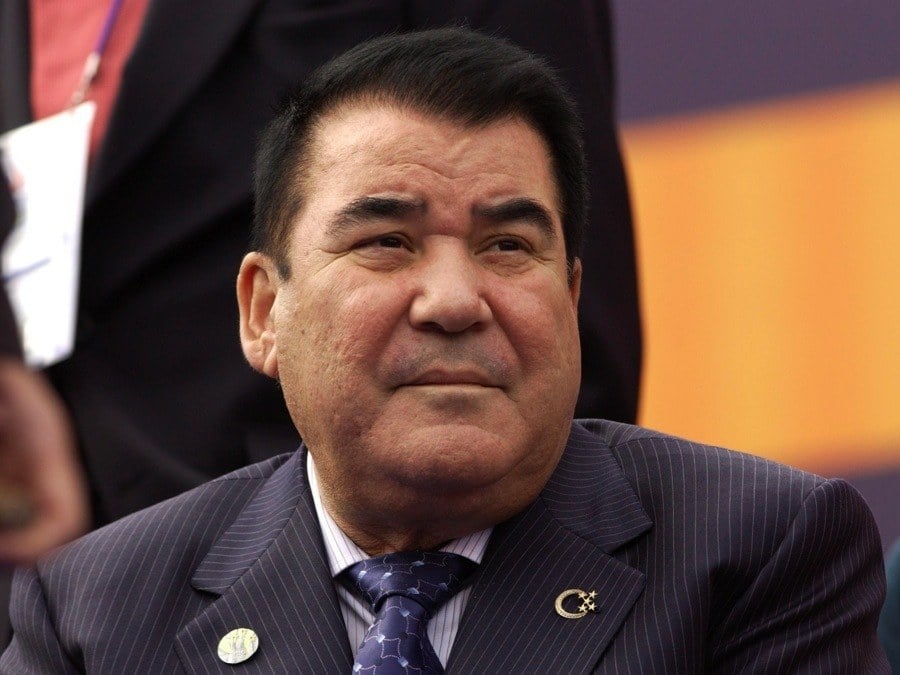 Saparmurat Niyazov, of the world’s craziest dictators, ruled Turkmenistan from 1985 to 2006. Source: CDN 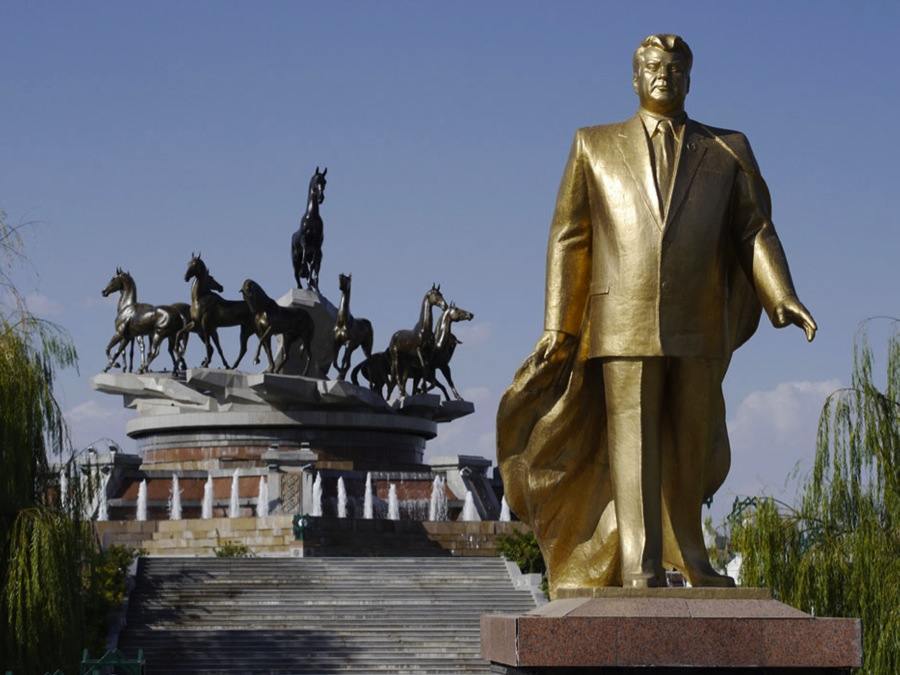 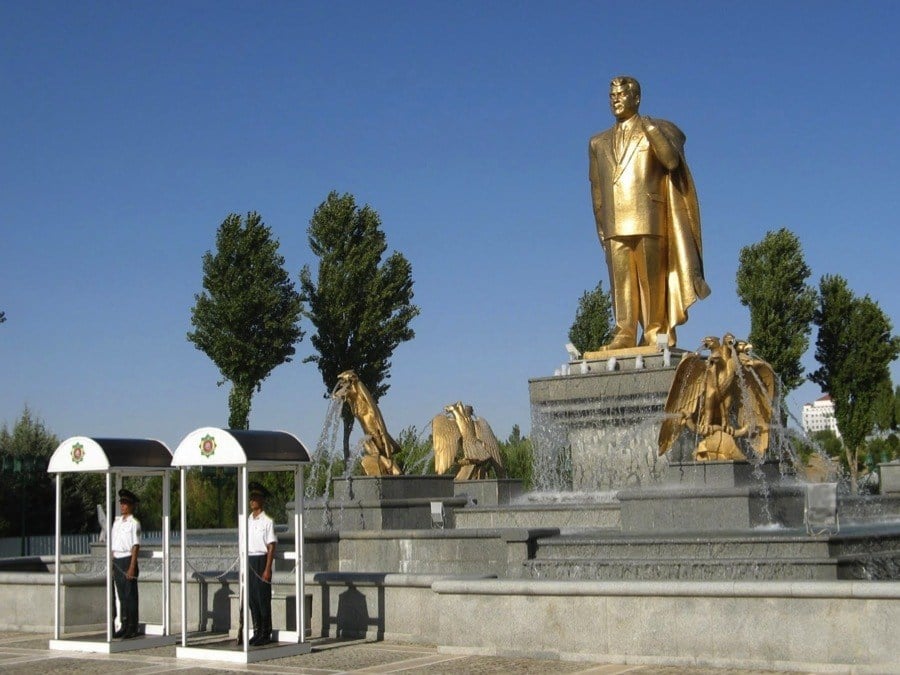 The golden statues Niyazov commissioned of himself still stand throughout the country. Source: VIktorija Travel 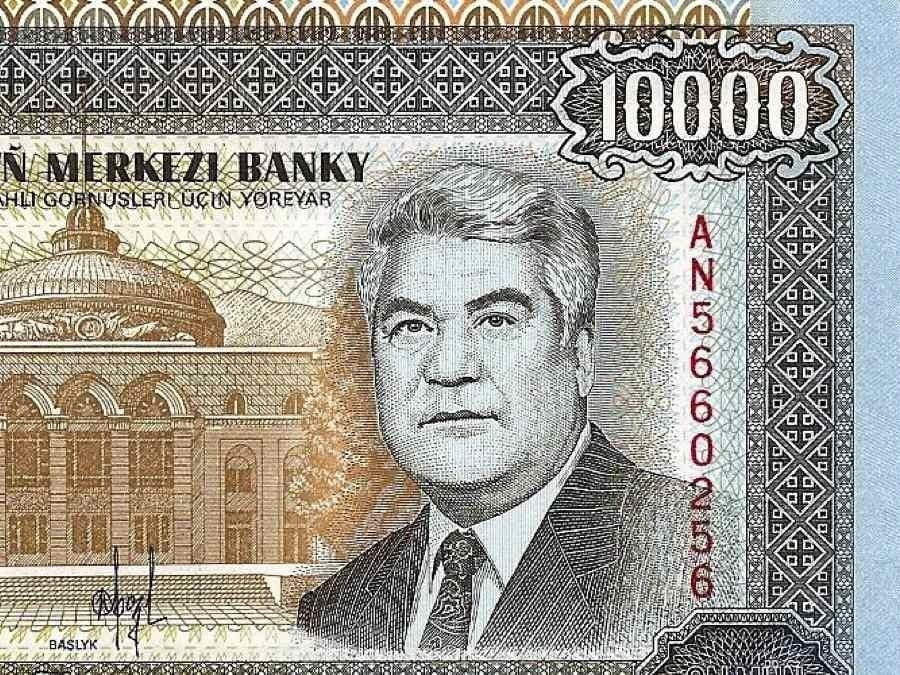 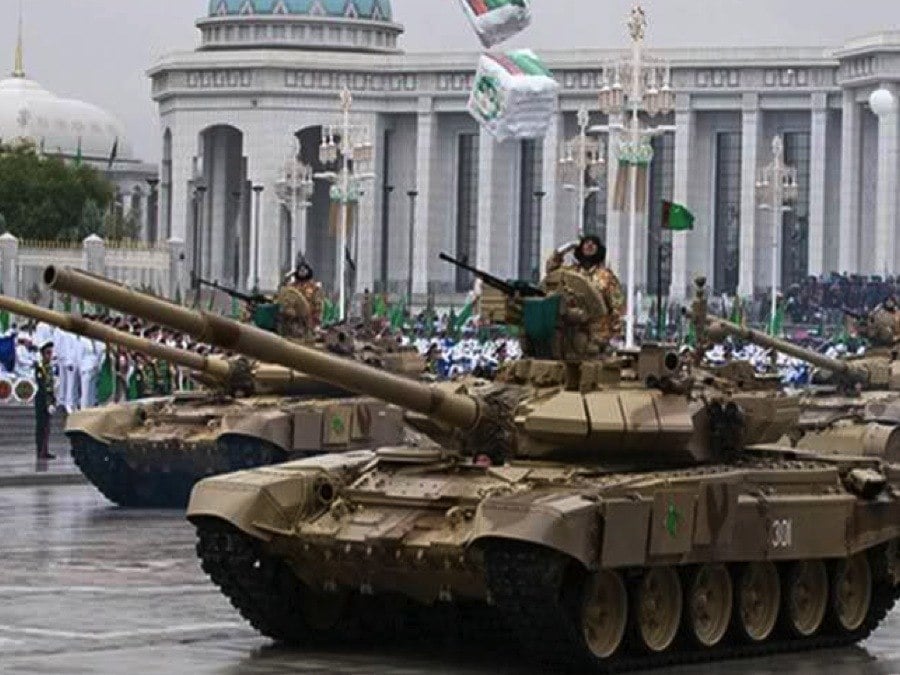 Niyazov came to power under the Soviets and his regime inherited much of its military hardware from Moscow. Source: Blogspot 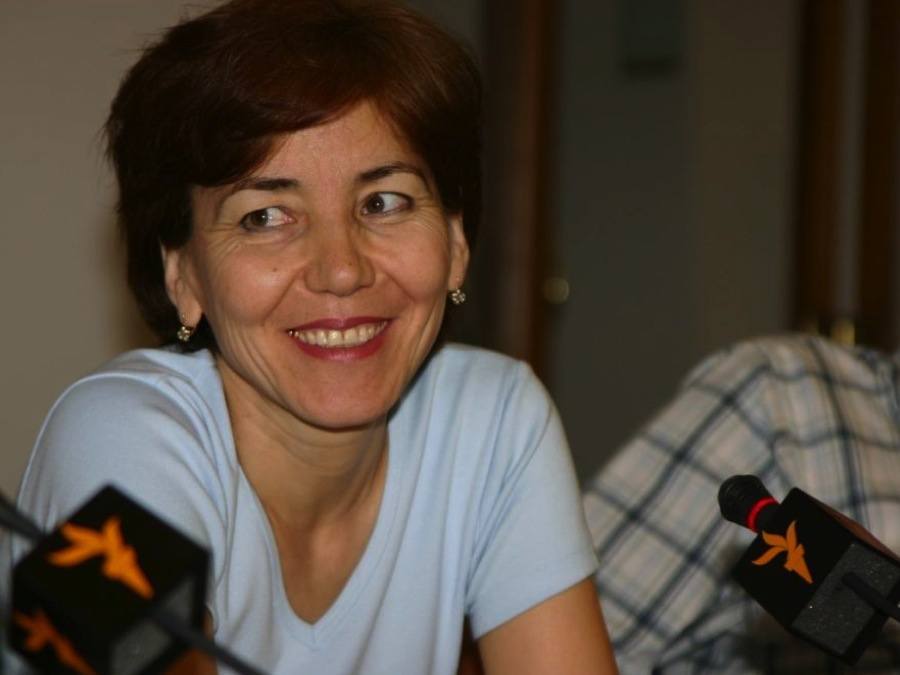 Ogulsapar Muradova, a local correspondent for Radio Free Europe, died in a Turkmen prison in 2006. Reports indicated that she had been killed by a blow to the head. Source: Radio Free Europe 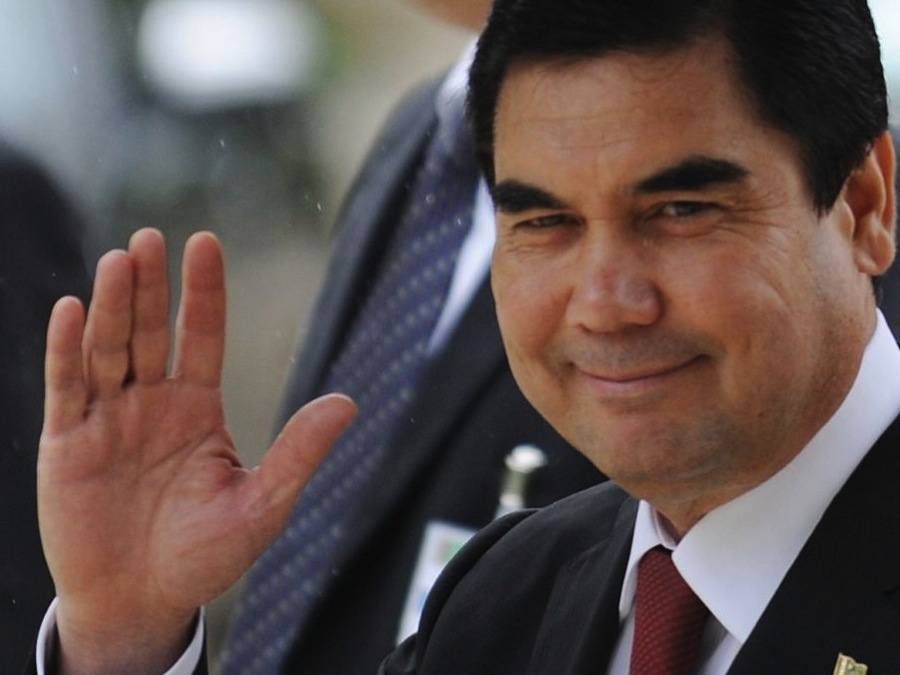 The current president, Gurbanguly Berdymukhamedov, came to power after Niyazov’s death in 2006, only months after the journalist Muradova died in prison. Source: Radio Free Europe 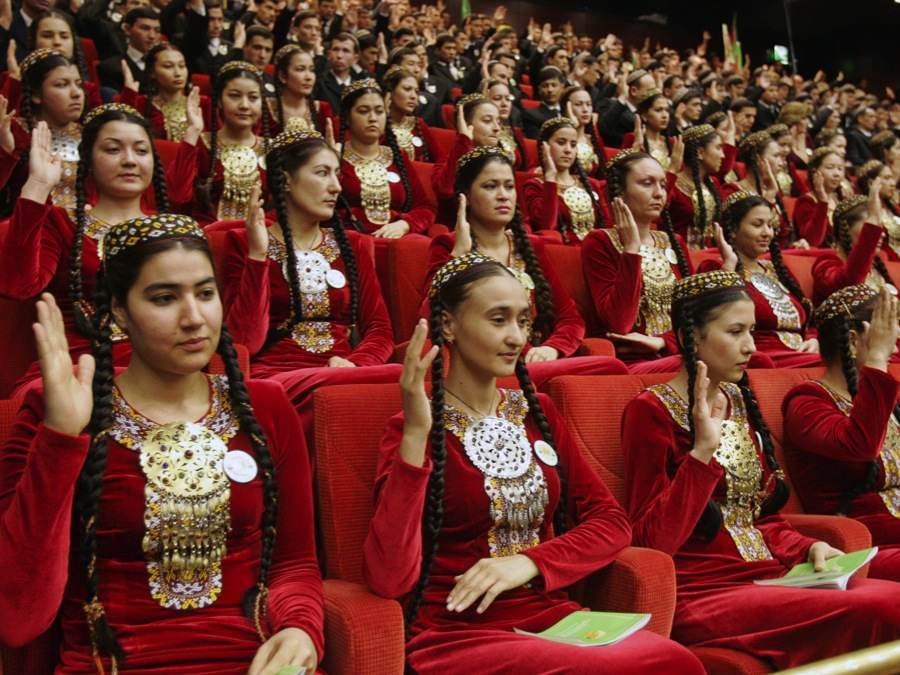 Delegates of the Halk Maslikhat, a council of authoritarian loyalists, show their support for Berdymukhamedov during as ascendency to power in 2006-2007. Source: Central Asia Online 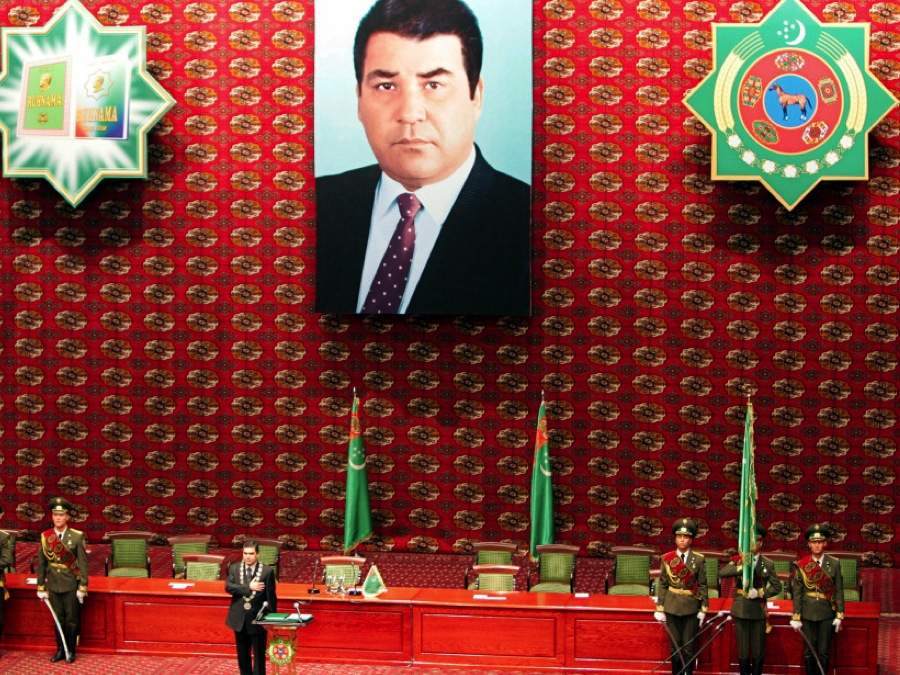 Berdymukhamedov got rid of some elements of Niyazov’s personality cult, but not all. His portraits loom over spaces throughout the country. Source: Vocativ 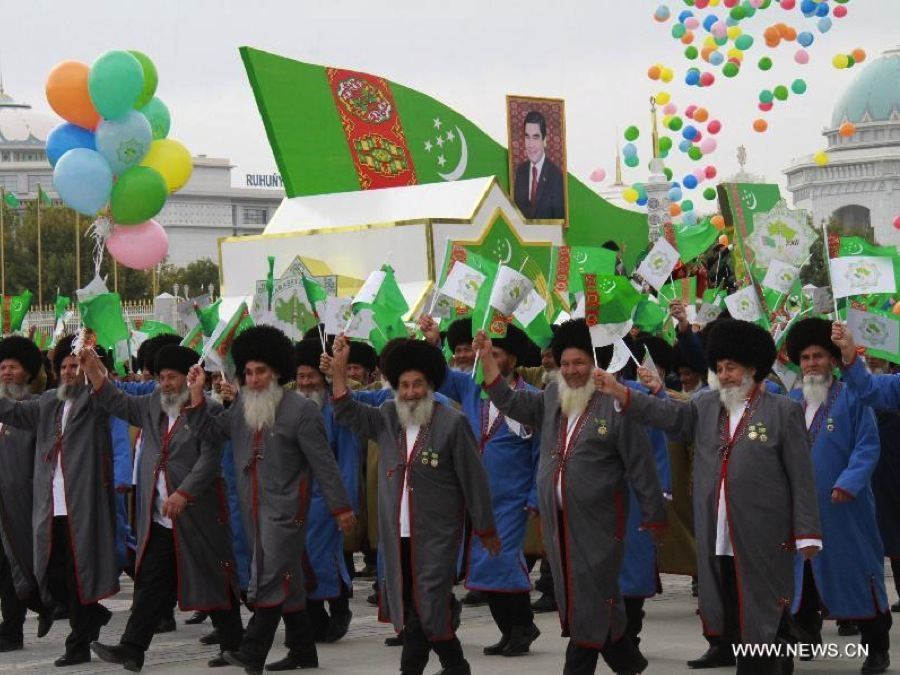 Turkmen march in front of a portrait of President Berdymukhamedov during a 2013 military parade. Source: Xinhua Net 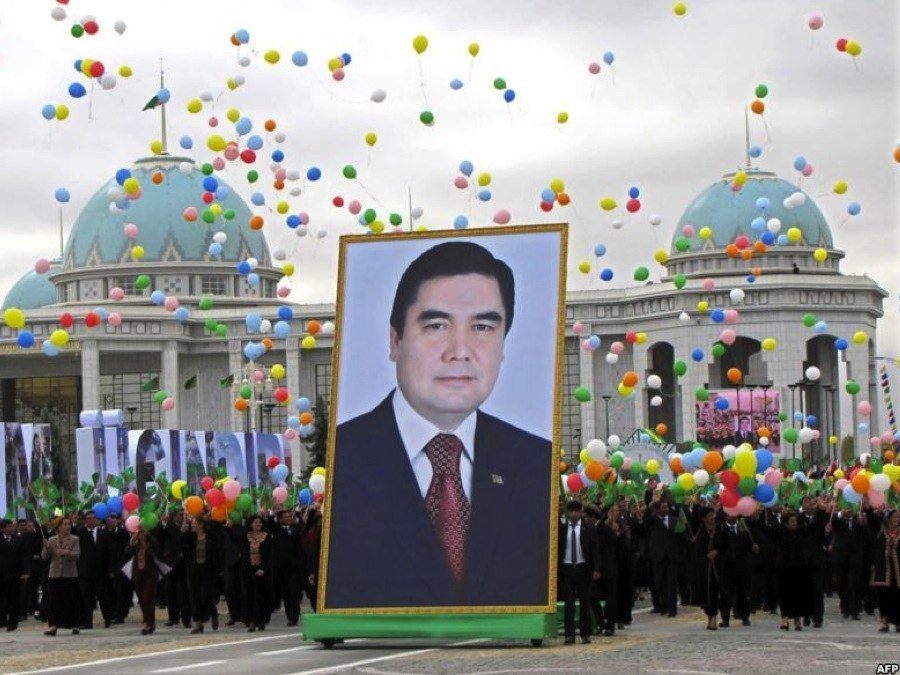 These marchers push an even larger portrait of the Berdymukhamedov. Source: Radio Free Europe 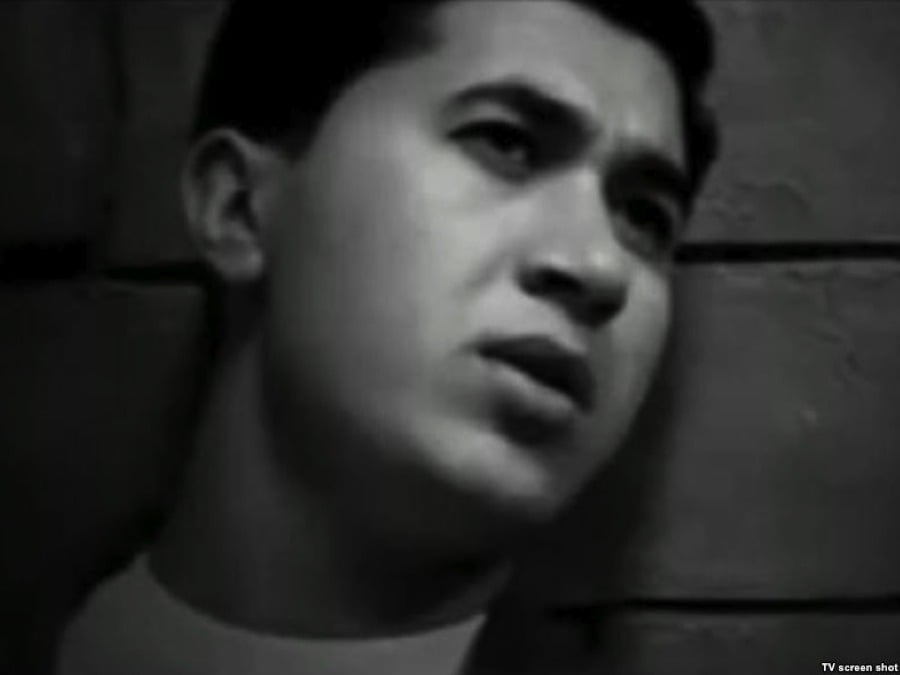 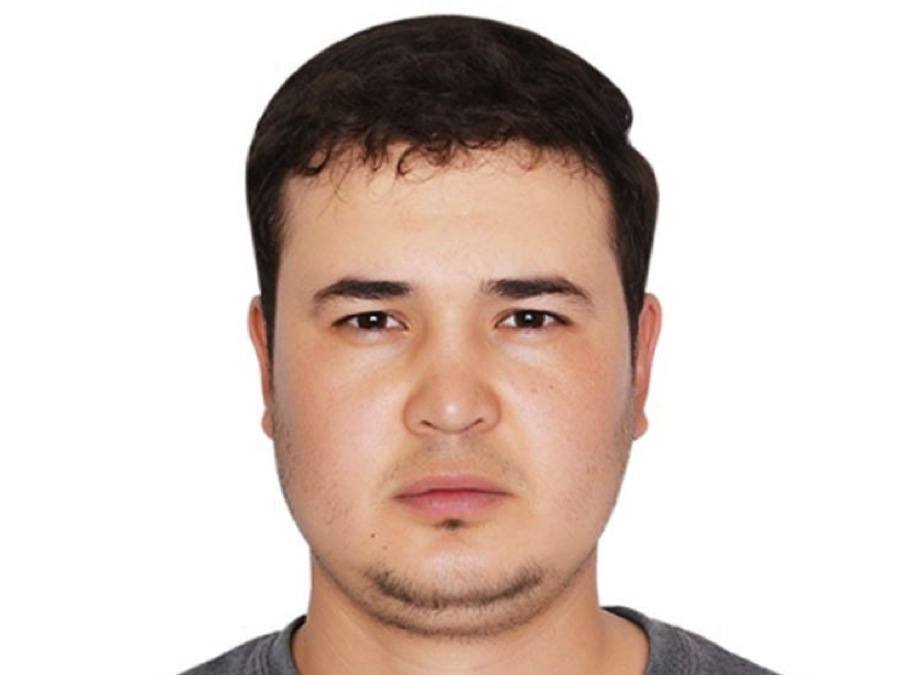 Rovshen Yazmuhamedov, a reporter for Radio Free Europe, was arbitrarily arrested in 2013. He was later released, but neither the arrest nor the release were ever explained. Source: Radio Free Europe 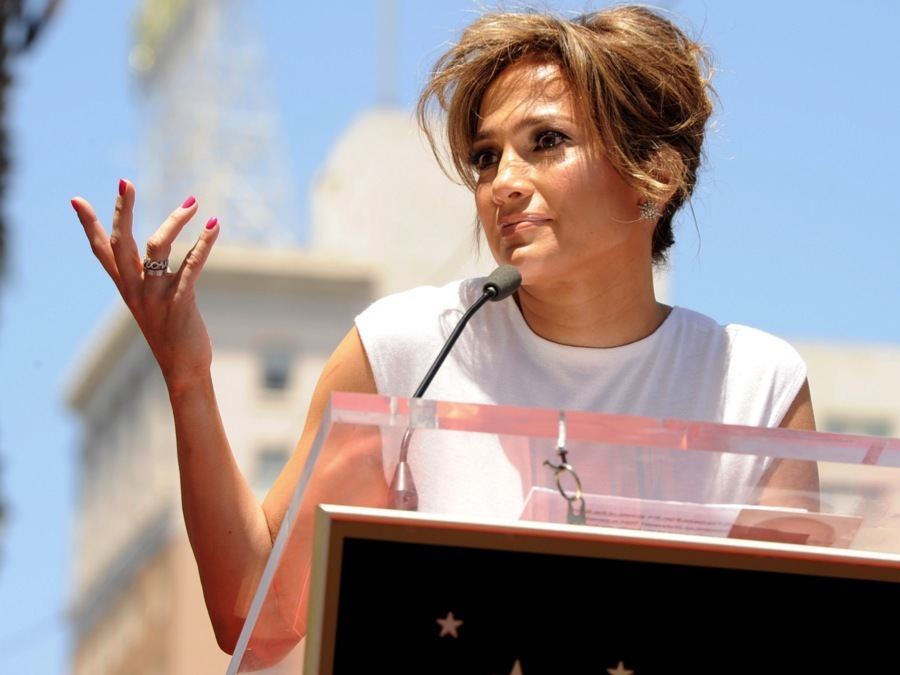 Bet you weren’t expecting Jennifer Lopez to show up in Turkmenistan? Neither were human rights groups. Lopez gave a concert for the dictatorial government in 2013 that included a performance of ‘Happy Birthday’ for President Berdymukhamedov. She later apologized, and her handlers said they didn’t realize Turkmenistan had a human rights problem. Source: Breaking Energy 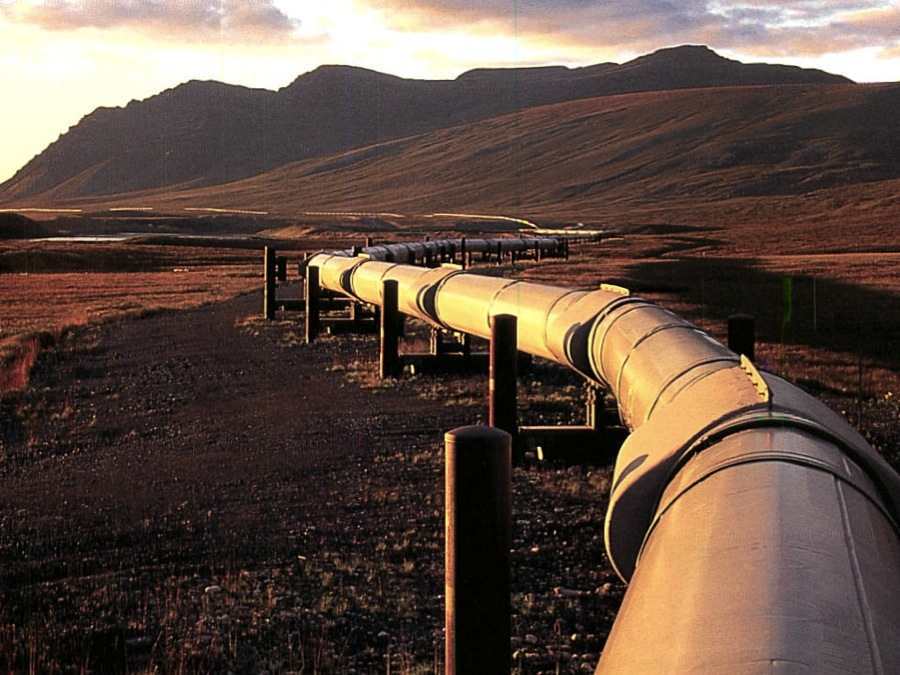 Turkmenistan has the fourth-largest reserves of natural gas in the world. State control of this resource helps keep the regime in power. Source: Turkmenistan UN 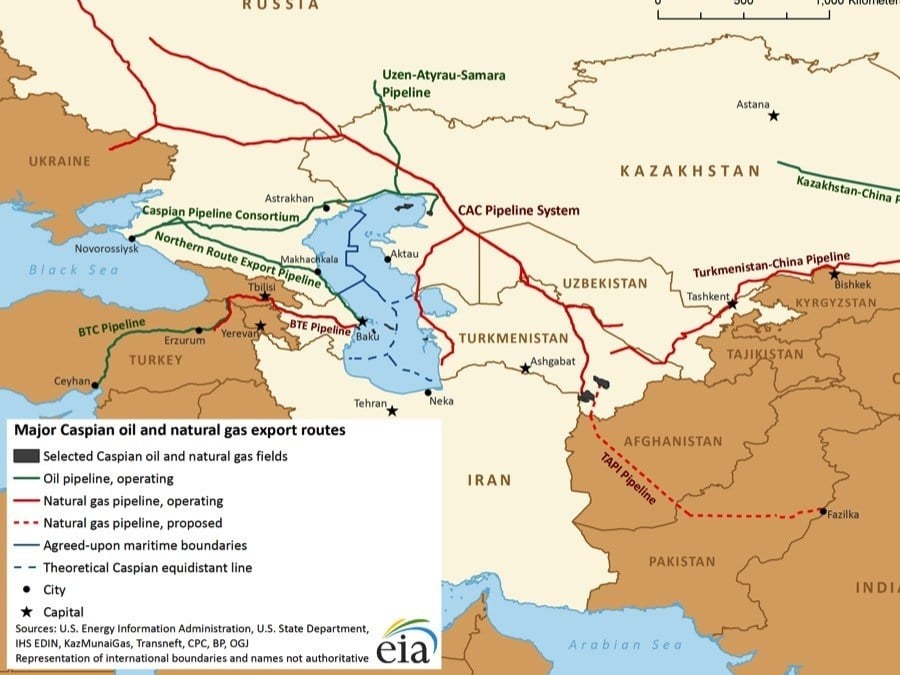 Major natural gas pipelines pass through Turkmenistan and terminate at the country’s ports in the Caspian Sea. Source: EIA 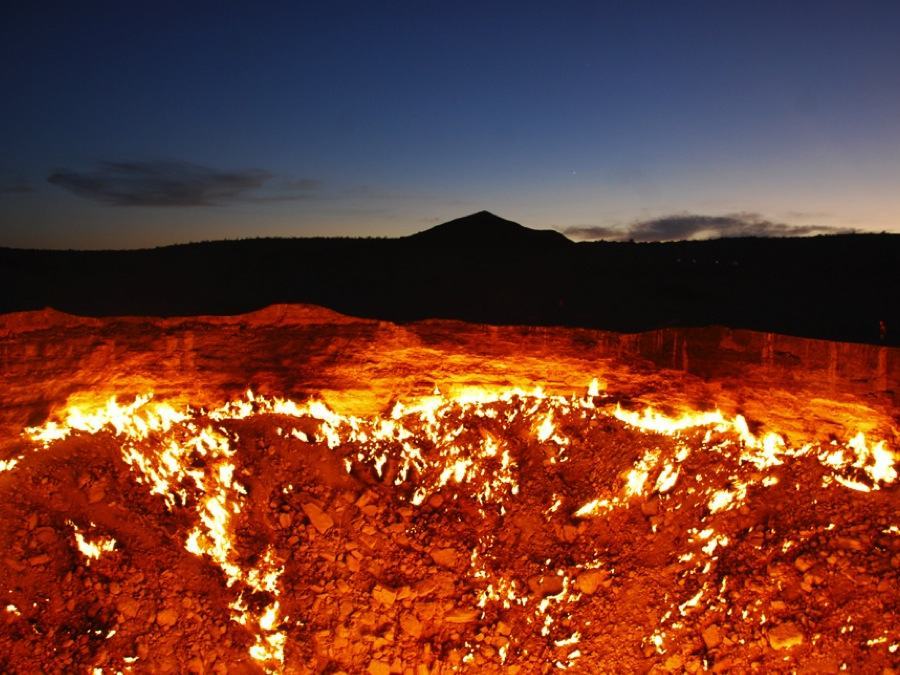 The Door to Hell, one of Turkmenistan’s strange tourist attractions, is a natural gas pit that the Soviets set on fire in 1971. The enormous fire never went out. Source: Boston 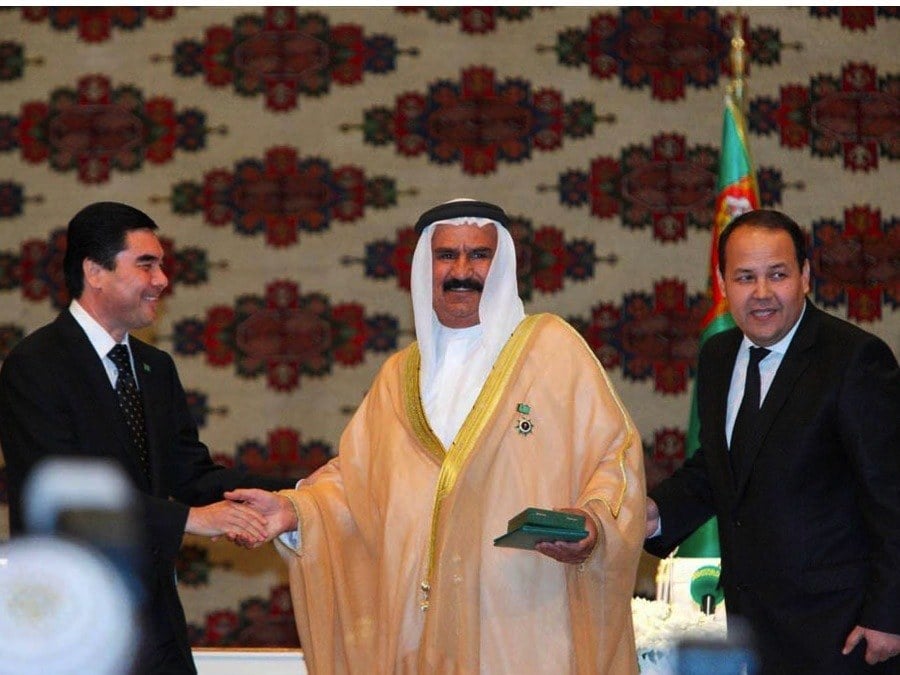 As a petroleum-rich state, Turkmenistan’s foreign relations are dominated by oil and gas. In this photo, President Berdymukhamedov gives an award to an ambassador from the United Arab Emirates. Source: UAE Interact 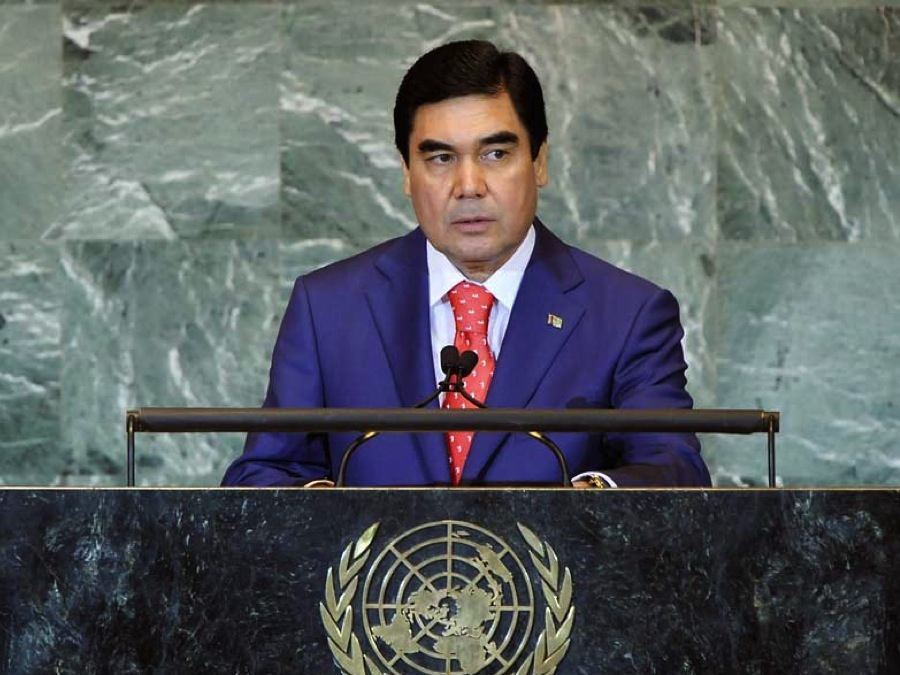 President Berdymukhamedov, during a 2011 speech at the United Nations, pushed for a new international organization called the Caspian Sea Forum to promote the oil and gas industry in Central Asia. Source: United Nations 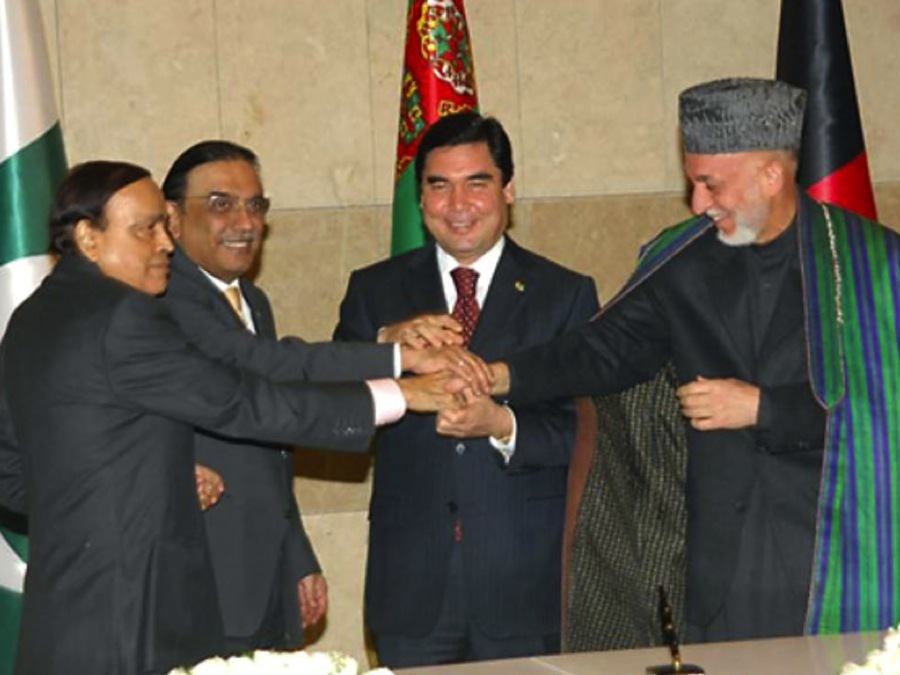 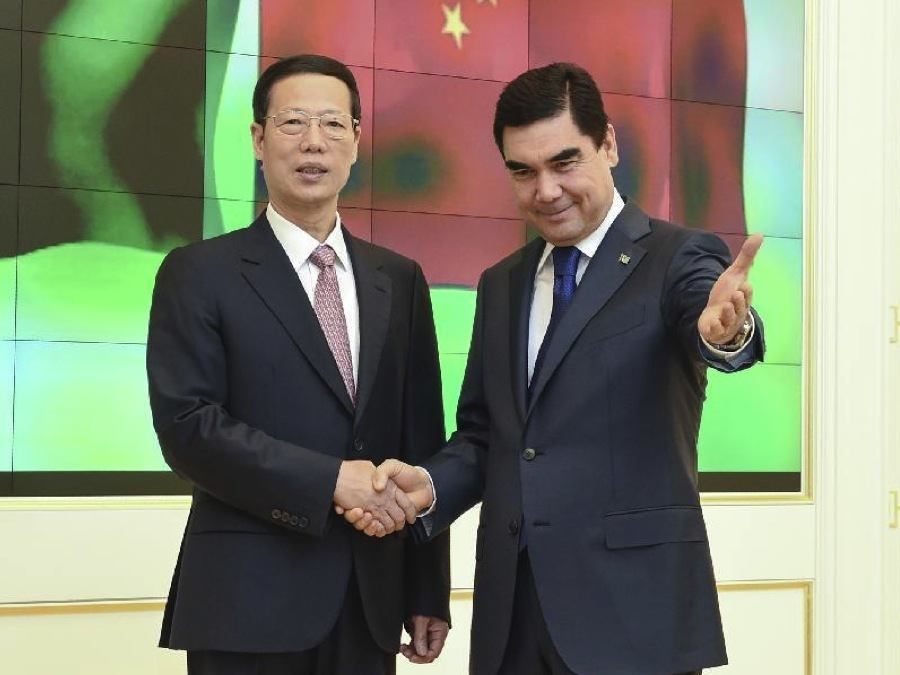 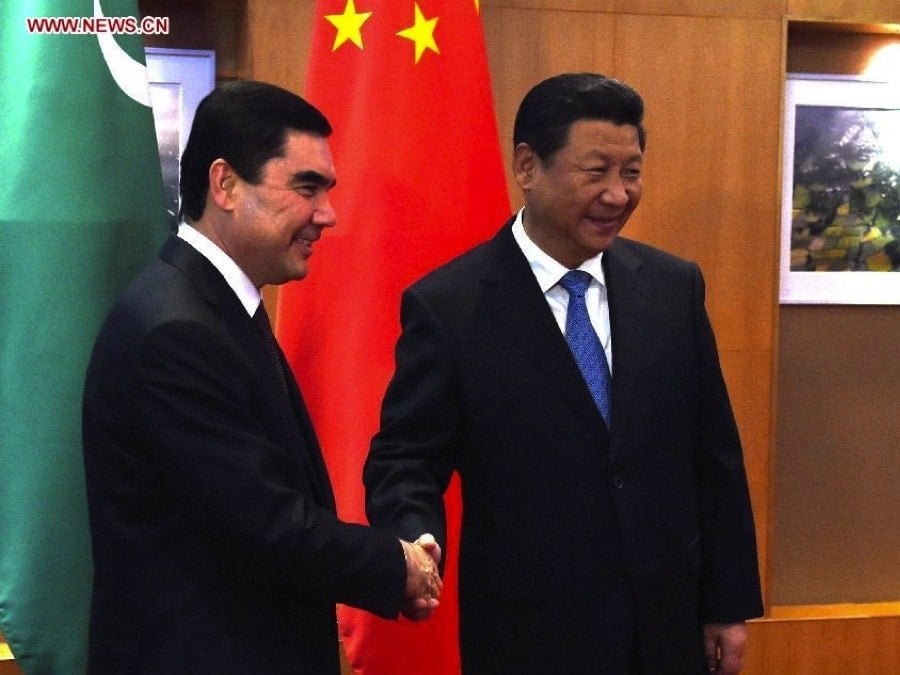 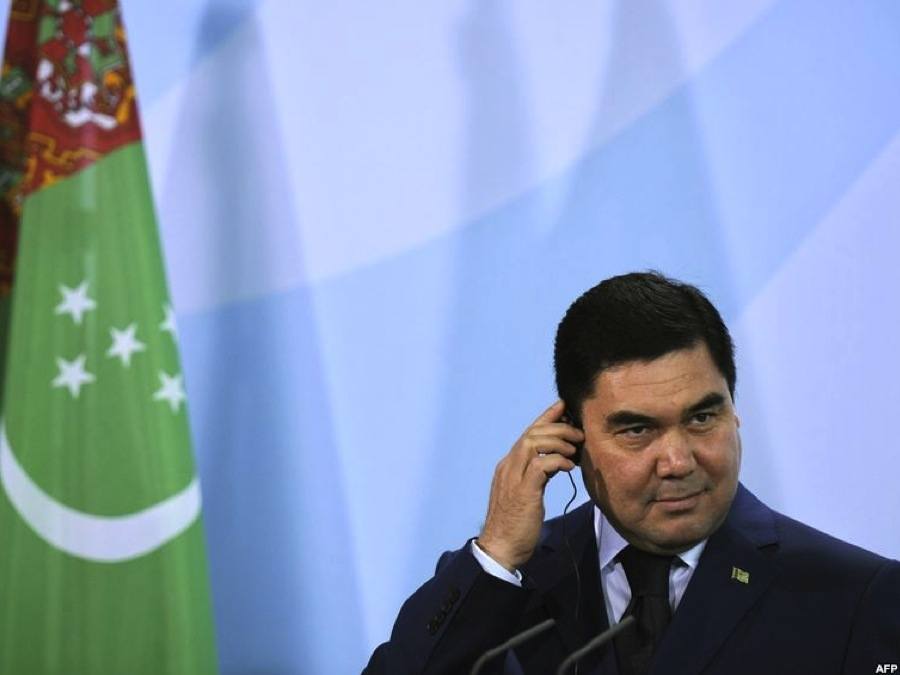 Remarkably, the current president’s approach is an improvement on his predecessor’s. Saparmurat Niyazov reigned over Turkmenistan from 1985 to 2006. He took leadership as the head of the Communist Party, but after the dissolution of the Soviet Union, he expanded his powers and built a cult of personality that included legally requiring his face to appear on all clocks and forcing students to read his quasi-spiritual autobiography, Ruhnama.

Upon Niyazov’s death in 2006, his successor, Berdymukhamedov, rolled back much of the strange personality cult, but held onto the repression of minorities and disdain for the basic freedoms of his citizens to speak their minds and assemble with whom they please.