Shooting Suspect Accidentally Released Because Officials Thought He Was His Twin

"We have let someone out that has been charged with attempted murder and I just pray that no one else is injured during this period." 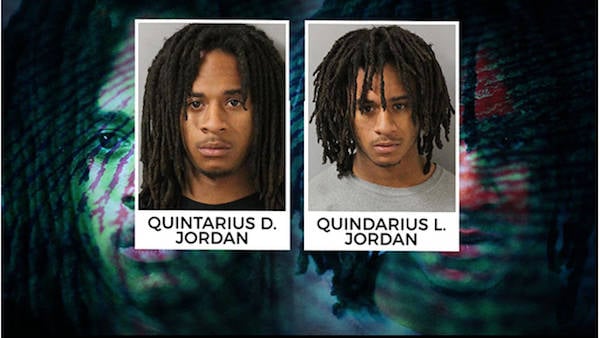 Mixing up twins is often just a low-stakes, honest mistake. But when you work in the criminal court system and mixing up twins causes you to accidentally release an attempted murder suspect from custody, that mistake could have dire consequences.

In October 2017, the twins were both involved in a shooting outside an East Nashville convenience store. Metro Nashville Police reported that Quindarius was shooting at someone else when a 62-year-old woman was caught in the crossfire and injured, though she survived the attack. Quindarius was charged with attempted first-degree murder and held on a $150,000 bond.

Quintarius, on the other hand, was driving the getaway car at the time, authorities say. In the aftermath of the incident, he was charged with accessory after the fact and held on a much lower $5,000 bond.

This lower bond allowed Quintarius to get out of jail while Quindarius remained behind bars.

A bond clerk noticed the error on June 5 and corrected it, but never voided the prior mistake, thus leaving that mistake in the system despite the fact that it had been corrected. This left Quindarius’ bond at $5,000.

Meanwhile, Quintarius had also been released on his rightful $5,000 bond.

Now, a bench warrant has been issued for Quindarius — who also has outstanding charges of felony reckless endangerment, unlawful gun possession, and aggravated assault — and authorities are doing their best to find him and get him back into custody.

At the same time, the court clerks have verbally reprimanded the two clerks involved with the incident and are taking steps to make sure that an error like this doesn’t happen again.

“We had a two-hour meeting just to look at the circumstances and determine how we can improve the process even though this is a unique situation,” said Nashville Criminal Court Clerk Howard Gentry. “The worst thing you can do as far as I’m concerned in my office is to let someone out when they’re supposed to be in.”

“We’re sorry that we allowed such an individual to get back on the street and we’re asking the public to help us to bring him back in,” Gentry added. “At the end of the day, we have let someone out that has been charged with attempted murder and I just pray that no one else is injured during this period.”

Next, discover the incredible story of conjoined twins Abby and Brittany Hensel. Then, read up on the life of the conjoined Hilton sisters.