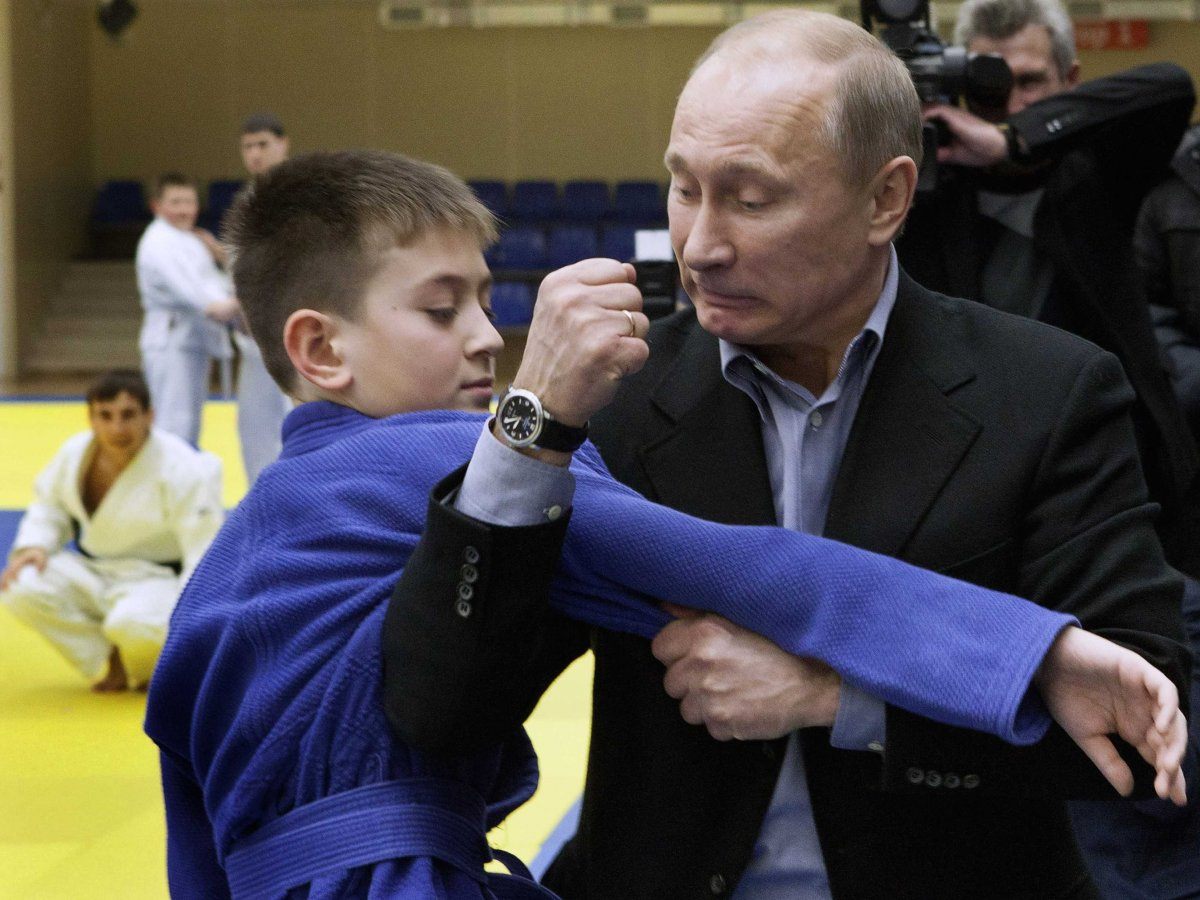 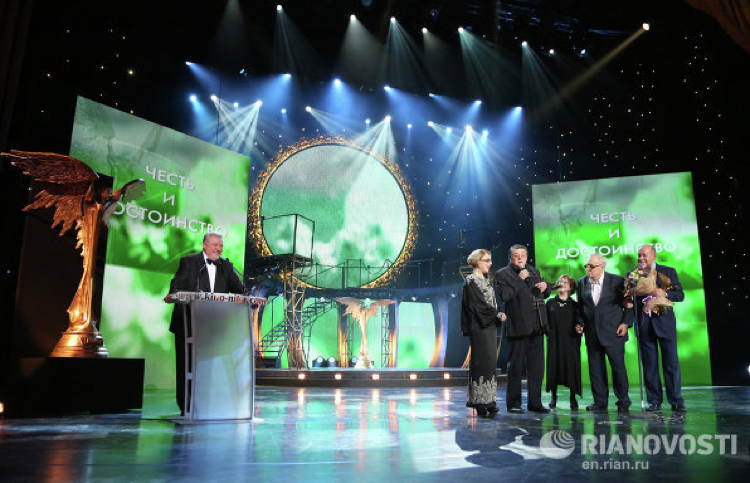 A shot of Yuly Gusman, left, at the 2013 Nikas. Source: The Moscow News

In 2008, the Nikas, Russia’s answer to the Oscars, had jokes about Putin and Dmitry Medvedev cut from their broadcast by a TV station. Medvedev, the man who at the time had just taken over as president while Putin switched to prime minister for a term, was hand-picked by Putin, likely because he would bend easily to Putin’s will. Humorist and Nika Awards artistic director Yuly Gusman joked to the audience, “Traditionally we have a message from the Russian president. Since clearly no one knows who our president is, you can consider it coming from me.”

A film clip shown at the awards that depicted Putin as a tsar and Medvedev his son was cut as well. This move was self-preservation on the station’s part; if they’d aired the clips, the government would have blamed them for slandering the president and prime minister. It wouldn’t have been pretty.