Urination is art? Apparently so. A fascinating look at some of the world's weirdest artwork. 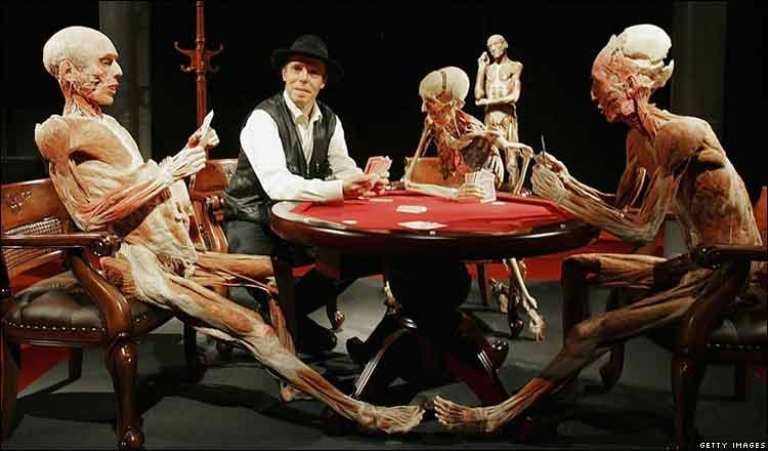 German anatomist Dr. Gunther von Hagens has a penchant and pride for turning real human bodies into statues with a technique called “plastination.” By using a volunteer’s dead body and injecting a liquid plastic solution into it to harden and preserve the cadavers entirely, von Hagens creates “timeless” art. However, the controversial nature of his work means that much like a mad scientist, he must work out of a secret lab. Von Hagens’ first displayed his sculptures at a 1995 exhibition in Japan. 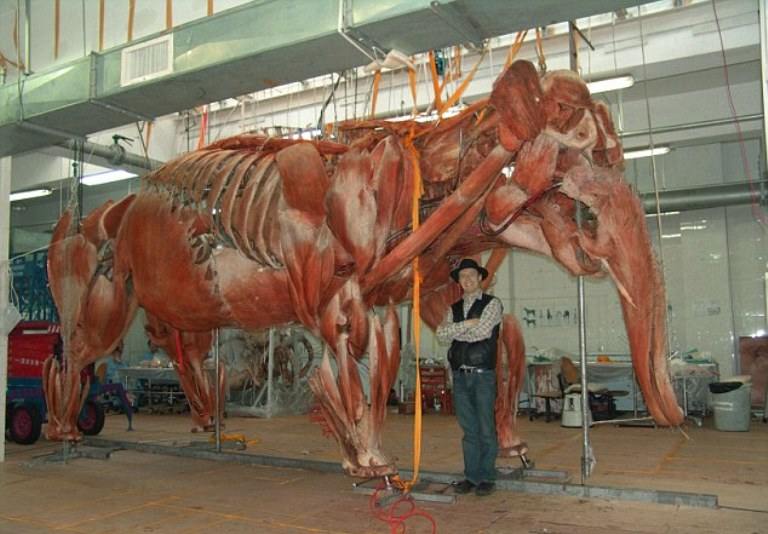 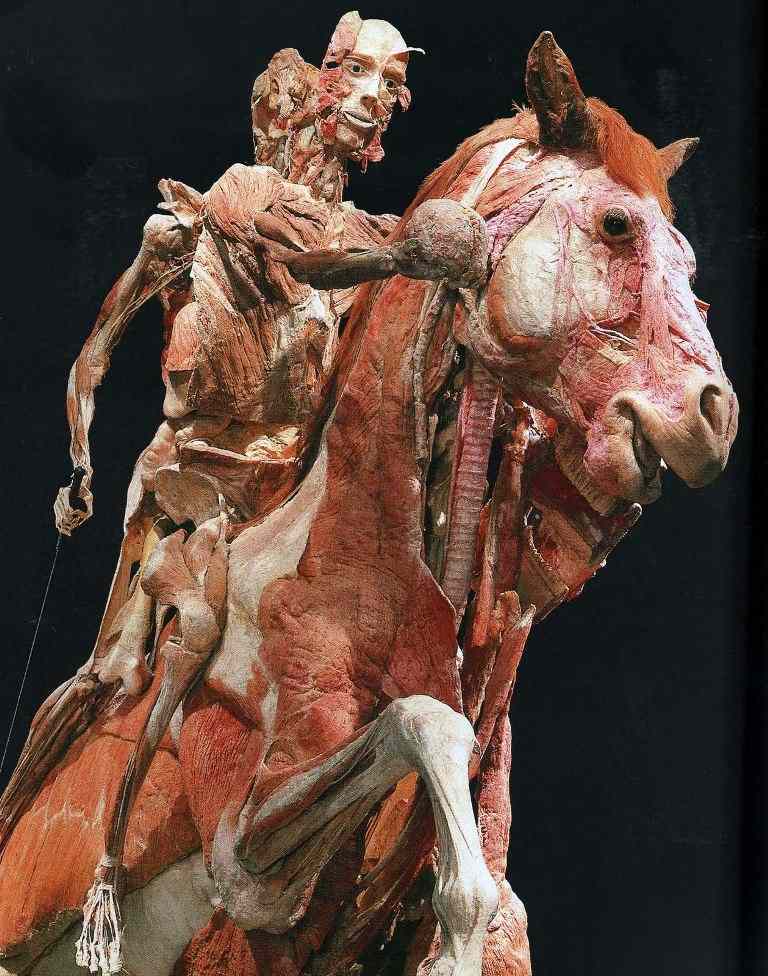 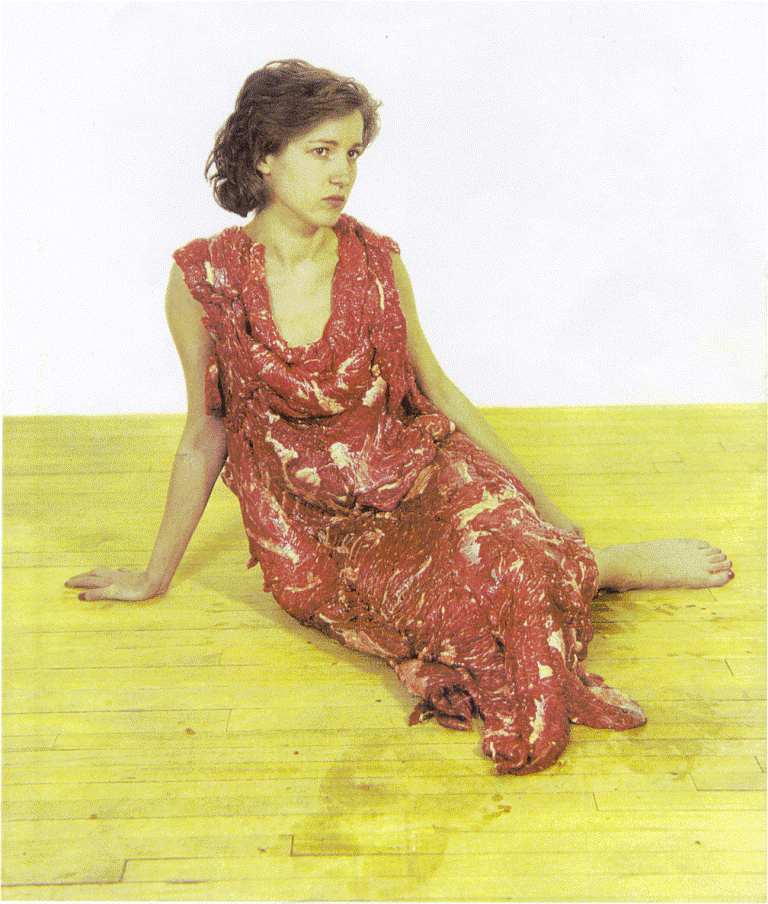 Move over, Lady Gaga; Canadian Jana Sterbak is the true originator of the meat dress. Displayed lovingly in the National Gallery of Canada, the artwork caused immense controversy, as people couldn’t believe real “art” could be the submission of food scraps to a gallery. 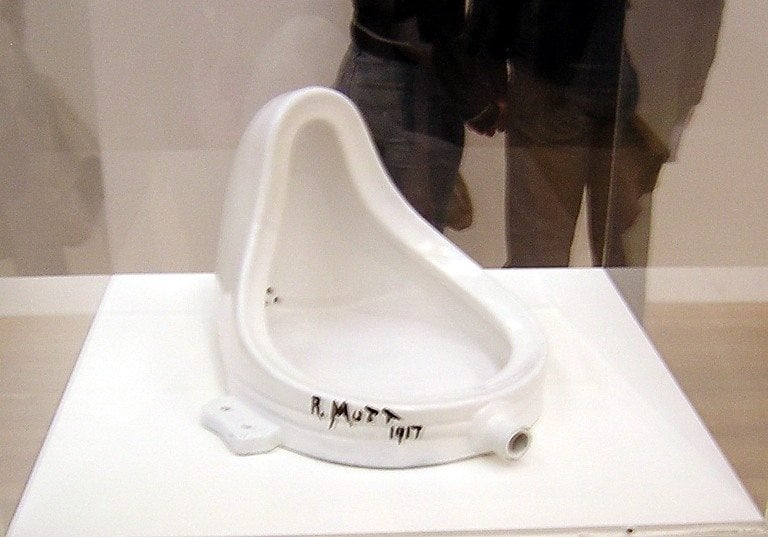 In 1917, Dadaist king Marcel Duchamp used an ordinary urinal and called it art. To the chagrin of the masses, Duchamp’s ‘artwork’ was displayed in New York and sparked debate about what actually constitutes art. 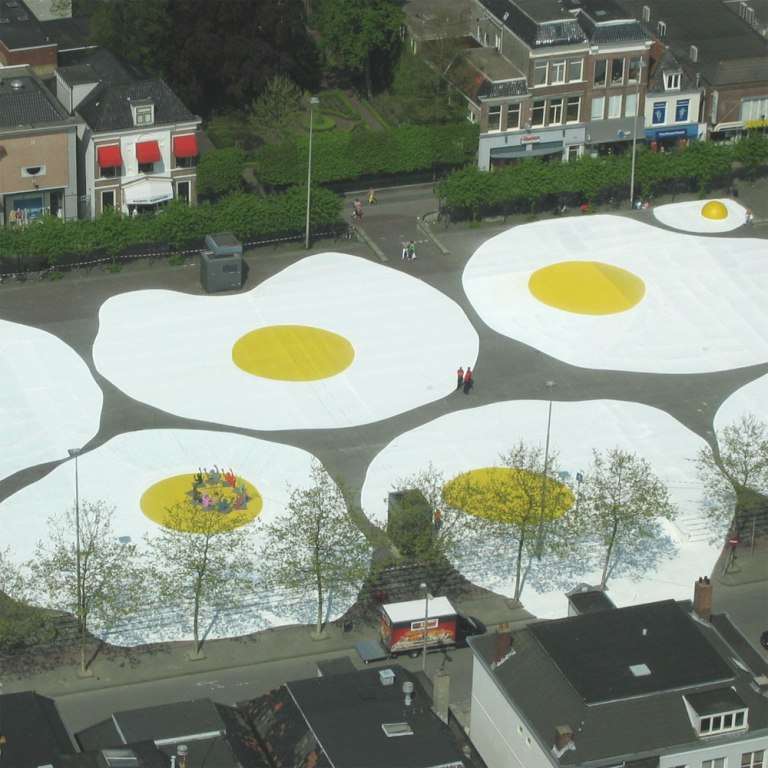 In the name of art, Dutch artist Henk Hofstra covered one of the Netherlands’ largest city squares with several large eggs. The installation art remained throughout Zaailand for six months in 2008, with each egg measuring 100 feet wide. Unsurprisingly, no one is sure what Henk’s statement actually was. 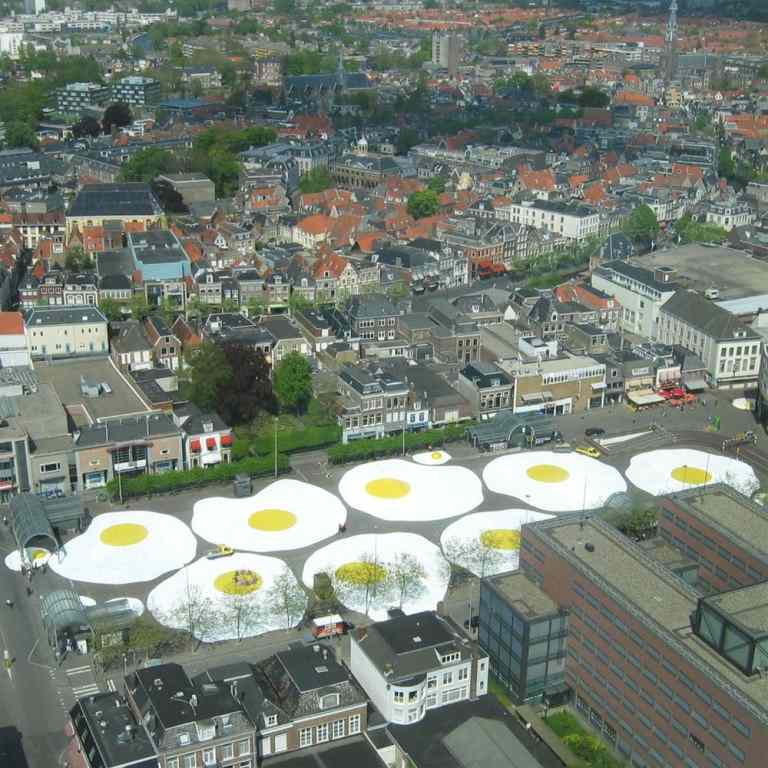 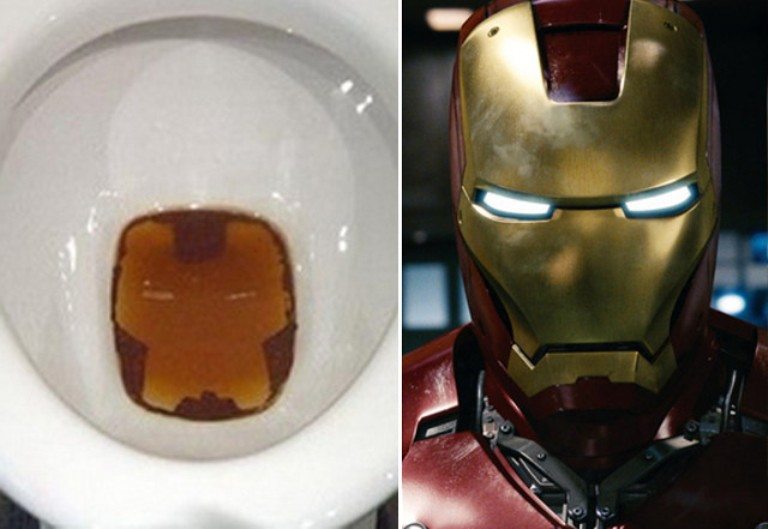 A Taiwanese man pees in his toilet bowl and finds blood in his urine. Same man realizes it resembles the face of Iron Man and enters it into an art competition. The artwork beats out 600 other entries to win the top art prize. True story.