When Texas Sprayed DDT On Citizens To Prevent Polio

Yes, this happened in San Antonio, Texas. The director of the city’s Department of Health, H.L. Crittenden, ordered the spraying of DDT along every one of over a thousand streets in May, 1946 in an ill-fated attempt to wipe out polio.

A handful of other cities joined in, like Rockford, Illinois, and Paterson, New Jersey. Such an event came from the misguided notion that polio was spread by mosquitoes or other insects. Jonas Salk had yet to begin his groundbreaking work that culminated in a polio vaccine in 1955.

Learn more about the disease and the panic it caused in this short clip: 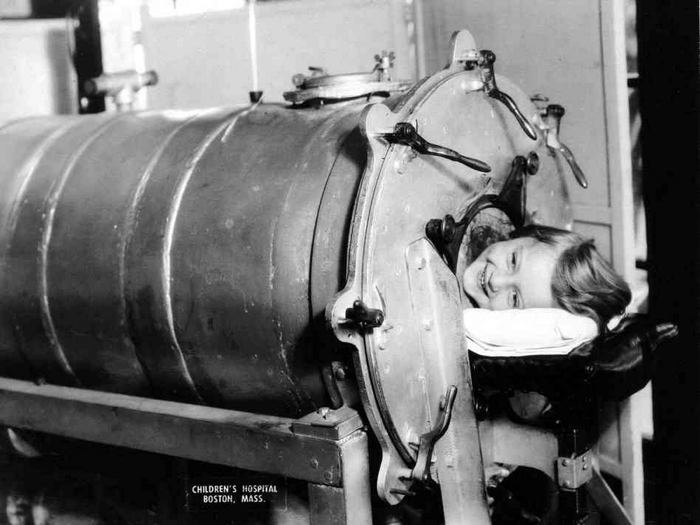 Many patients with the paralytic form of polio had to be cooped up in an iron lung because their chest muscles wouldn’t work–they couldn’t breathe
Source: NPR

At the time, it was thought that DDT (dichlorodiphenyltrichloroethane) was harmless to humans and animals. A handful of years later in 1962, Rachel Carson’s “Silent Spring” would cause an uproar regarding the effects of pesticides including DDT on birds and other wildlife. If DDT could cause larger birds to lay very fragile eggs with paper-thin shells, what could happen when humans ingested it?

Citizens soon began to realize that high doses of deadly chemicals could be found in their food and elsewhere in their daily lives. And thus the environmental movement was born. 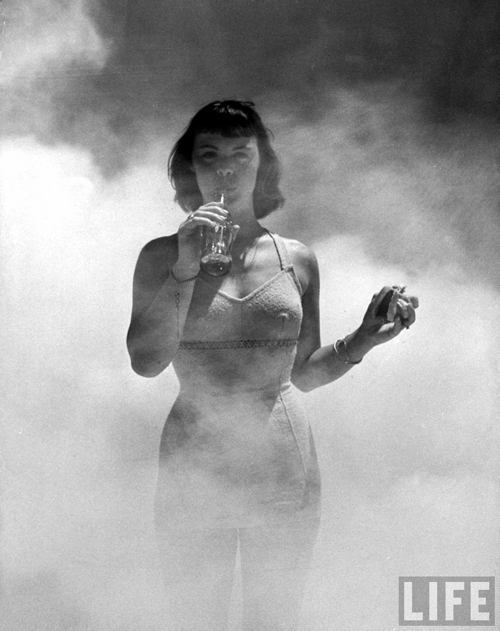 This Life magazine ad was meant to show how safe DDT was
Source: Blogspot

In 1970, President Richard Nixon responded to the outcry that “Silent Spring” unleashed by forming the Environmental Protection Agency which, in turn, banned the use of a dozen chemicals in the US. One of them was DDT. 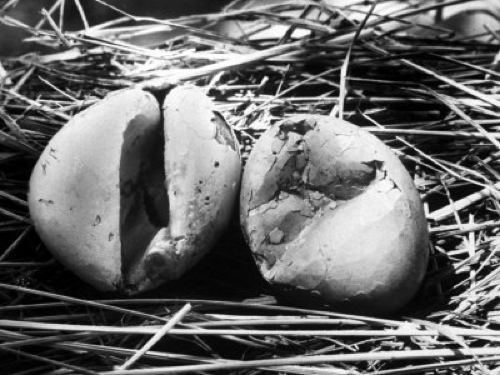 In humans, DDT collects in fatty organs like the testes and glands. Because milk is created from stored fats in the body, a high concentration can be found in mothers’ milk. Humans react to DDT at a concentration of 6-10 mg per kilogram in the form of nausea, vomiting, confusion, headache, and tremors. Scientists are now beginning to find proof that DDT is an estrogen mimic, which means that animals like frogs become female when the poison is present in their water supply.

Despite all this, it’s still legal to make DDT here and to sell it elsewhere. It’s used most to combat mosquitoes in malaria-ridden tropical nations in South America and Africa. The problem is, DDT-resistant mosquitoes are showing up now. 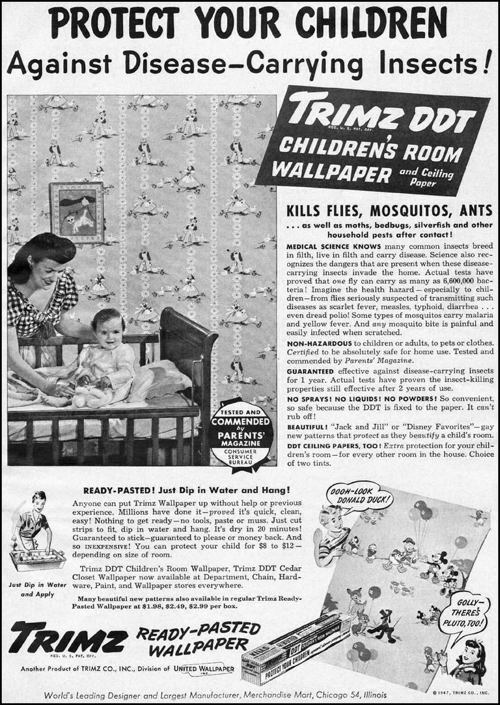 Wallpaper like this is still being used in places like Africa where malaria causes a high percentage of deaths
Source: TJS Labs

There’s a public health exception to the US ban on DDT. It’s okay for the government to use it to stop the spread of insect-borne disease. California did just that in 1979, when fleas brought the bubonic plague into the state.