Authorities say that it's uncommon for such a large cache of World War II weapons to be buried all at once. 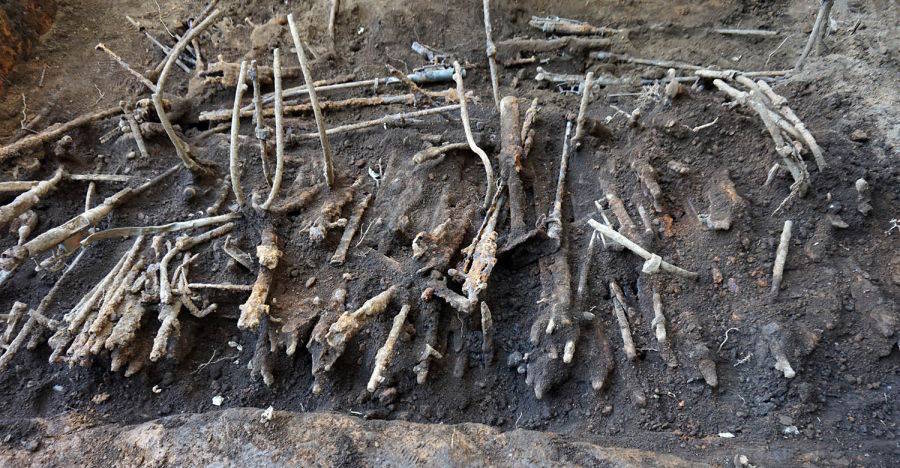 COURTESY OF NISHITOKYO CITYThousands of swords and other weapons were discovered underneath an elementary school on the outskirts of Tokyo, Japan.

About 1,400 firearms and 1,200 swords were discovered buried underneath an elementary school in Tokyo, Japan. Authorities said that they believe the weapons are from the World War II era and likely belonged to the Japanese Imperial Army.

Grenades, bullets and cannonballs were also found buried about two meters (approximately 6.5 feet) underneath Tanashi Elementary School in the city of Nishitokyo, according to authorities. The discovery of the weapons is the result of the construction of a building that began in July.

The Japan Self-Defense Forces and police say that the weapons might have been discarded in 1945 following the end of World War II.

The grenades and bullets that were found have been collected by authorities, but the swords and firearms that are believed to be replicas were disposed of by the city. The city reportedly considered keeping all the recovered items, but might not be able due to their condition.

It’s pretty common to find unexploded bombs and other various weapons buried in Japan to this day, even in residential areas. Just last year in August 2017, an undetonated bomb that was believed to be dropped by the United States was found at the site of the Fukushima nuclear plant.

But local Japanese media said that it’s pretty rare to find such a large sum of weapons used by the now-defunct Japanese Imperial Army buried at once. 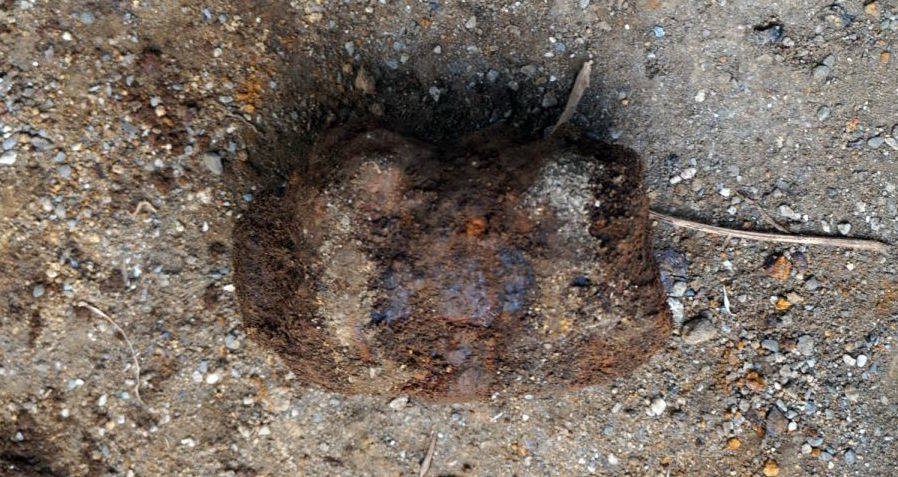 COURTESY OF NISHITOKYO CITYPictured above is a training grenade that was discovered alongside the firearms beneath the elementary school in Tokyo.

Unexploded World War II-era bombs and other weapons have been turning up in various different territories that were involved in the conflict —— not just in Japan.

Two bombs were discovered in Hong Kong in early 2018 in the busy Wan Chai district. Authorities were forced to evacuate thousands of residents to properly detonate the devices. One of those bombs weighed a whopping 450 kilograms, or 992 pounds.

An especially staggering amount of explosives have been discovered in the German states of Saxony-Anhalt and Saxony. Due to a massive unprecedented heatwave hitting Europe, the Elbe River’s water levels have plunged, revealing countless unrecovered World War II ordnance.

So far, 22 mines, grenades, and other explosives have been recovered from the Elbe River this summer. Authorities have also detonated two anti-tank mines on the Elbe. 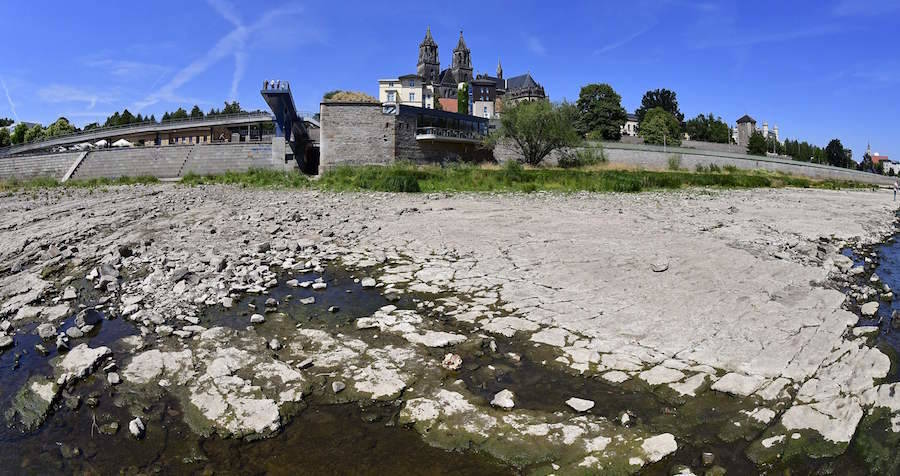 Allied forces dropped over a million tons of bombs on Germany throughout World War II with as many as 10 percent of those bombs failed to explode. Authorities have told the public to not touch any explosives that they find, and instead call the police so that they can safely remove them.

The Allies didn’t drop nearly as many bombs on Japan during World War II. From January 1944 until August 1945, the United States dropped 157,000 tons of bombs on Japanese cities. An estimated 333,000 people were killed as a result of those bombs, including the 80,000 killed in the Hiroshima atomic bomb attack and 40,000 in Nagasaki.

Next, read about this 550-pound WWII bomb that was discovered in Slovenia. Then, check out these powerful images from WWII that you’ve probably never seen before.