The discovery was kept a secret since July but experts have also found further artifacts in the same area.

An eight-year-old girl stumbled upon a 1,500-year-old sword while out swimming in Vidöstern lake near her family’s summer home.

Swedish-American Saga Vanecek was “throwing sticks and stones” while out in the lake when she what she described as “some kind of stick.”

“I picked it up and was going to drop it back in the water, but it had a handle, and I saw that it was a little bit pointy at the end and all rusty. I held it up in the air and I said ‘Daddy, I found a sword!’ When he saw that it bent and was rusty, he came running up and took it,” Vanecek recounted.

Her father, Andy Vanecek, initially brought the find to neighbors and colleagues whom he felt would know something about the artifact. They suggested the find was likely authentic and should be turned over to experts. 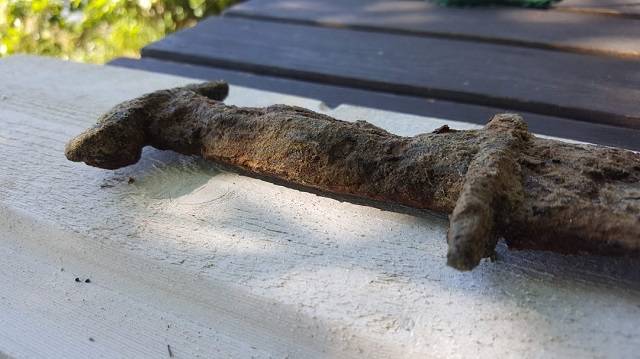 Andy VanecekThe wood and leather handle of the sword.

The 34-inch sword was sheathed in a holster made of wood and leather. Expert Mikael Nordstrom of the local Jonkoping County museum aged the sword at 1,500 years old and claims that it is well preserved, although, he said: “We are very keen to see the conservation staff do their work and see more of the details of the sword.”

Experts asked the Vanecek’s to keep their discovery, originally from July 15, quiet as they did not want a flood of treasure hunters flocking to the area and potentially destroying any further finds.

Saga was allowed to break the news of her discovery to her classroom this past Thursday, Oct. 4, which did, in fact, prompt others to scour the lake for other artifacts. The lake’s water levels have recently receded due to drought, making finds like this more likely.

Indeed, a broach from between 300 and 400 A.D. was found in the same lake not long after the discovery of the sword. The objects are from around the same time periods. 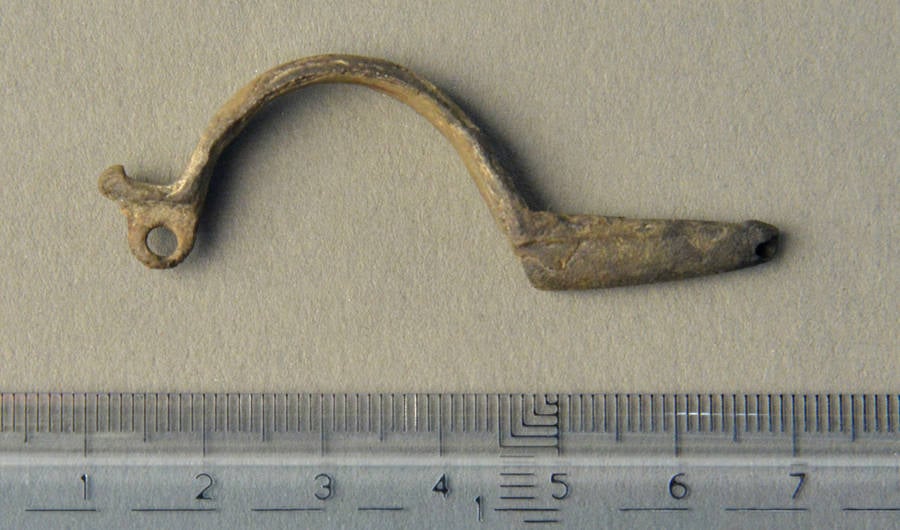 JÖNKÖPINGS LÄNS MUSEUMThe brooch found at the bottom of the lake upon further investigation.

While experts are still figuring out how the sword and brooch came to be in the lake, Nordstrom does have a theory: “We don’t know yet – but perhaps it’s a place of sacrifice. At first we thought it could be graves situated nearby the lake, but we don’t think that anymore.”

Nordstrom says it could be another year before conservationists are able to uncover any more clues from the sword.

As for Saga, she has since been dubbed the ‘Queen of Sweden’, as an allusion to the story of King Arthur who became royalty once he was able to free the sword Excalibur from the Lady of the Lake. 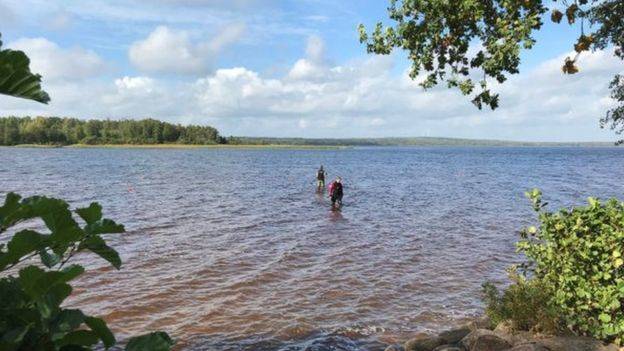 The local Jonkoping county museum will continue its search of the lake for further ancient treasures. Stay tuned.

Next up in unexpected discoveries from antiquity, read about this ancient stone age settlement at the bottom of a Finnish lake. Then, check out what this Greek farmer stumbled upon under his olive tree.